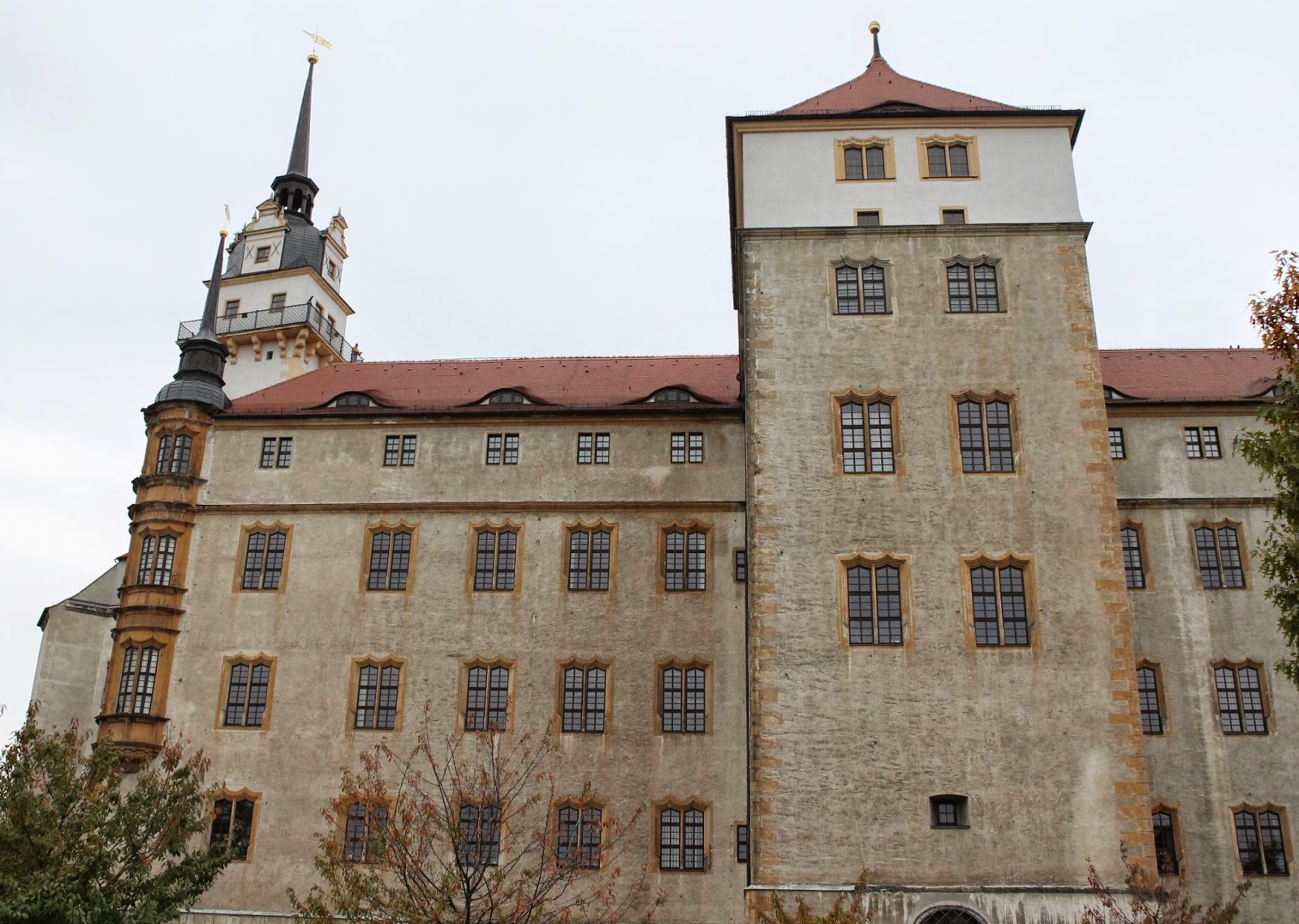 Torgau had many fine old buildings as well as a brewery. It had a reputation for brewing tasty beer and Luther also admitted to enjoying a few glasses! I wonder if they got the water from the Elbe. This enters Germany from the Czech Republic and runs through Magdeburg to Hamburg and then into the North Sea. I think the water must have cleaner when Luther was sipping his beer! 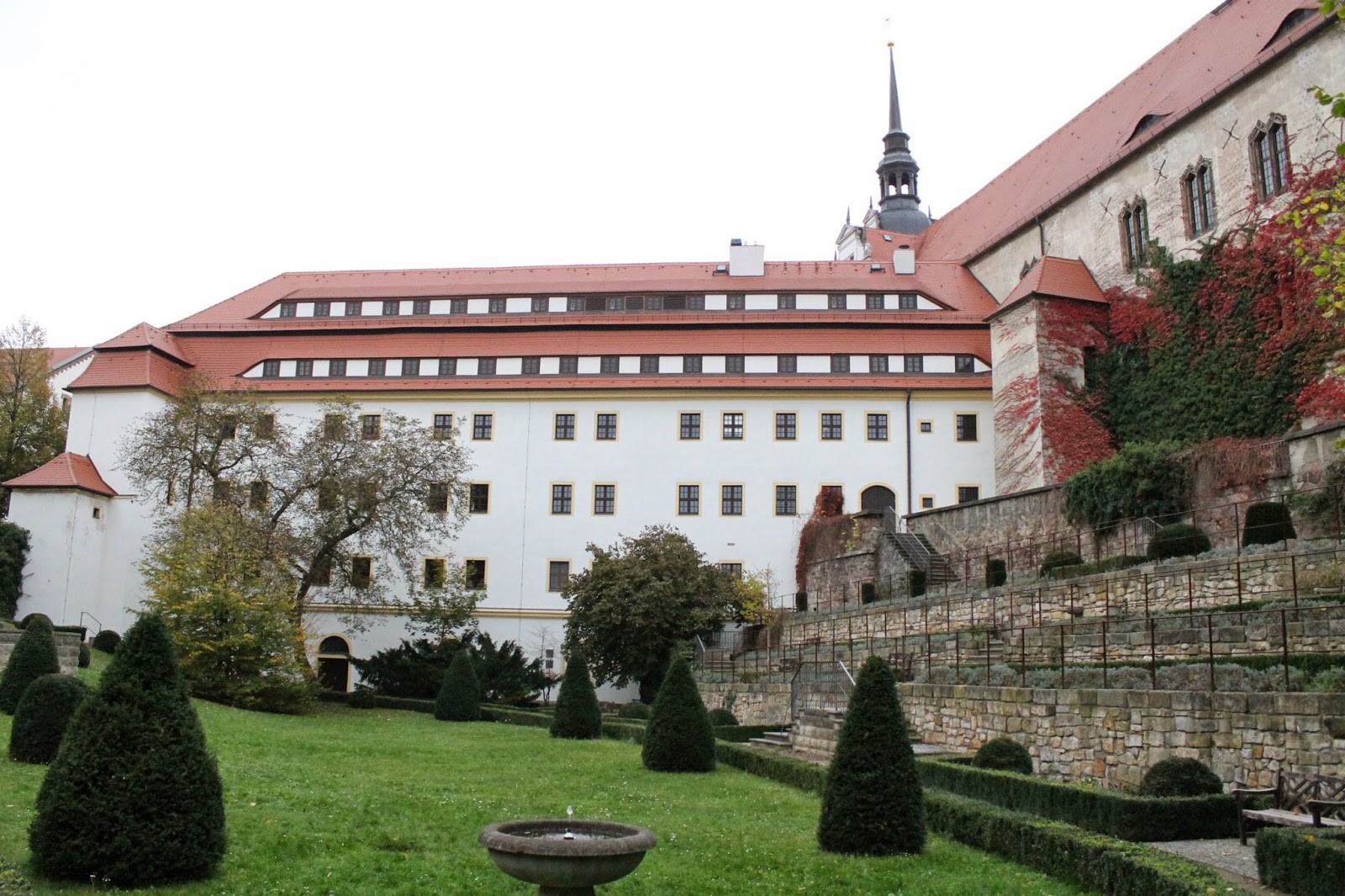 In 1760, there was a battle west of Torgau which led to the end of the Seven Years War. This was between the soldiers of Frederick the Great and The Hapsburg Monarchy for control of Silesia. This has now resorted back to Poland. Frederick’s men won but paid a high price in dead and wounded.

Napolean was in the area in 1811 and in 1815 the town moved into the territory of Prussia under the terms of the Vienna Congress after the end of Mr Nap. In 1872, the town was connected to the new railway system and in 1894 the harbour was built. Nothing of major importance happened until the end of WW II. 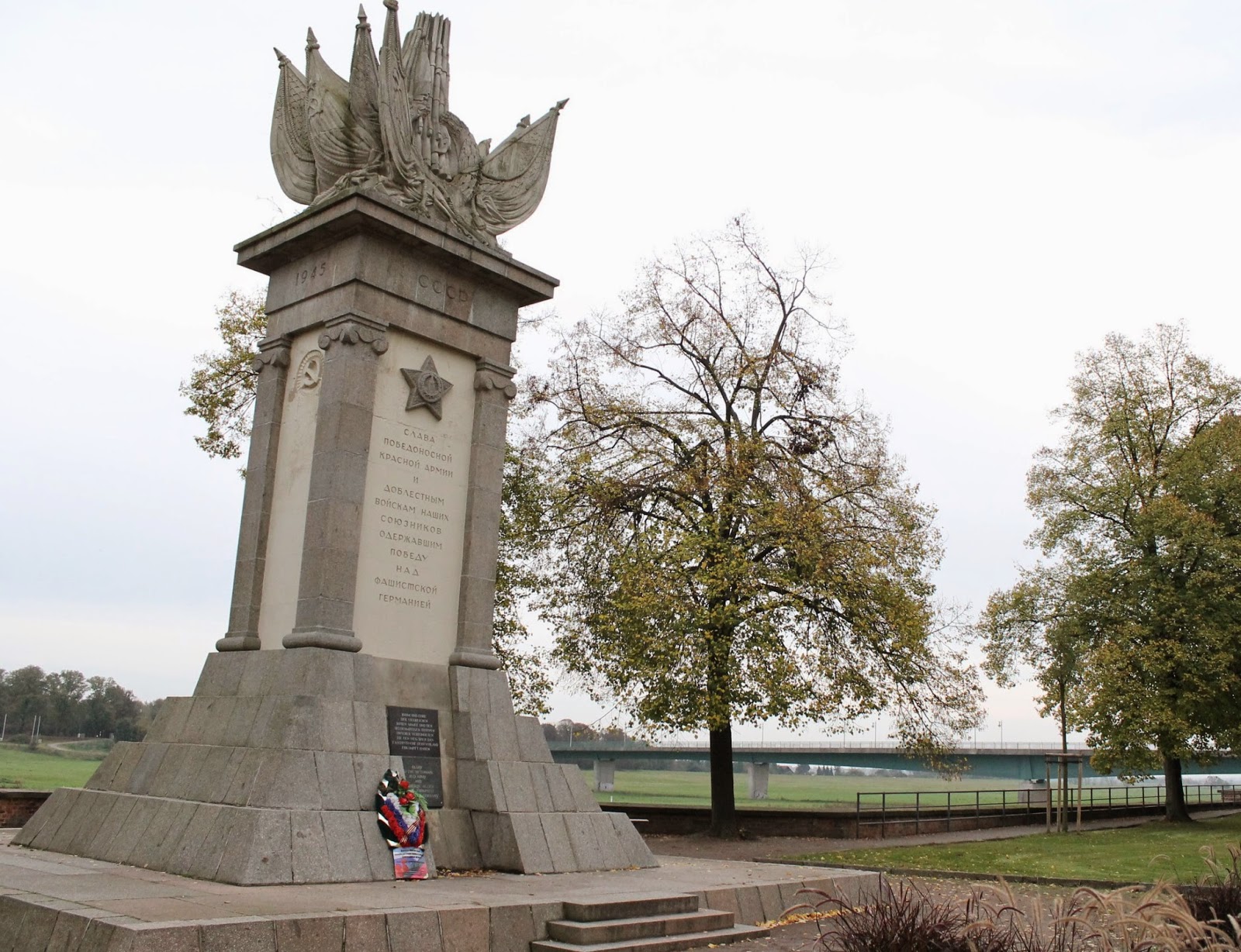 On the morning of 25 April 1945, German soldiers blew up the bridge across the Elbe behind the Schloss. It left steel girders and other sections of the bridge sticking out of the water. It was done to slow down the advance of Soviet troops advancing on Torgau. It didn’t slow them down for they clambered  over the remains and met American soldiers who had arrived on the other bank at about 4.00pm. It was the first time that soldiers of these armies had ever met. There are photographs and newsreel shots of the event as you may have seen. There is now a large monument on the town side of the river where the bridge used to be. In my photograph you can see the new bridge opened in 1993 behind the monument. It is also slightly south of where the old bridge was.

There are also photos of the Schloss including the Rose Garden. Stadtkirche St. Marien. I went in for I could hear an organ playing. The organist was just enjoying himself and checking the organ could work at full volume. It did and many people came in to enjoy the music. If you get the chance, go to Torgau – it is worth the trip!