Yes, you read A&T and not G&T, but then A&T do like to sip a G&T on a hot summer day, just as I do! Adrian and Tanja jetted into Berlin last weekend.  Tanja had a holiday from teaching in London so joined Adrian on a business trip. He now works for the Sunday Telegraph in the travel/holiday section. In the photo he is on the right – wearing glasses. 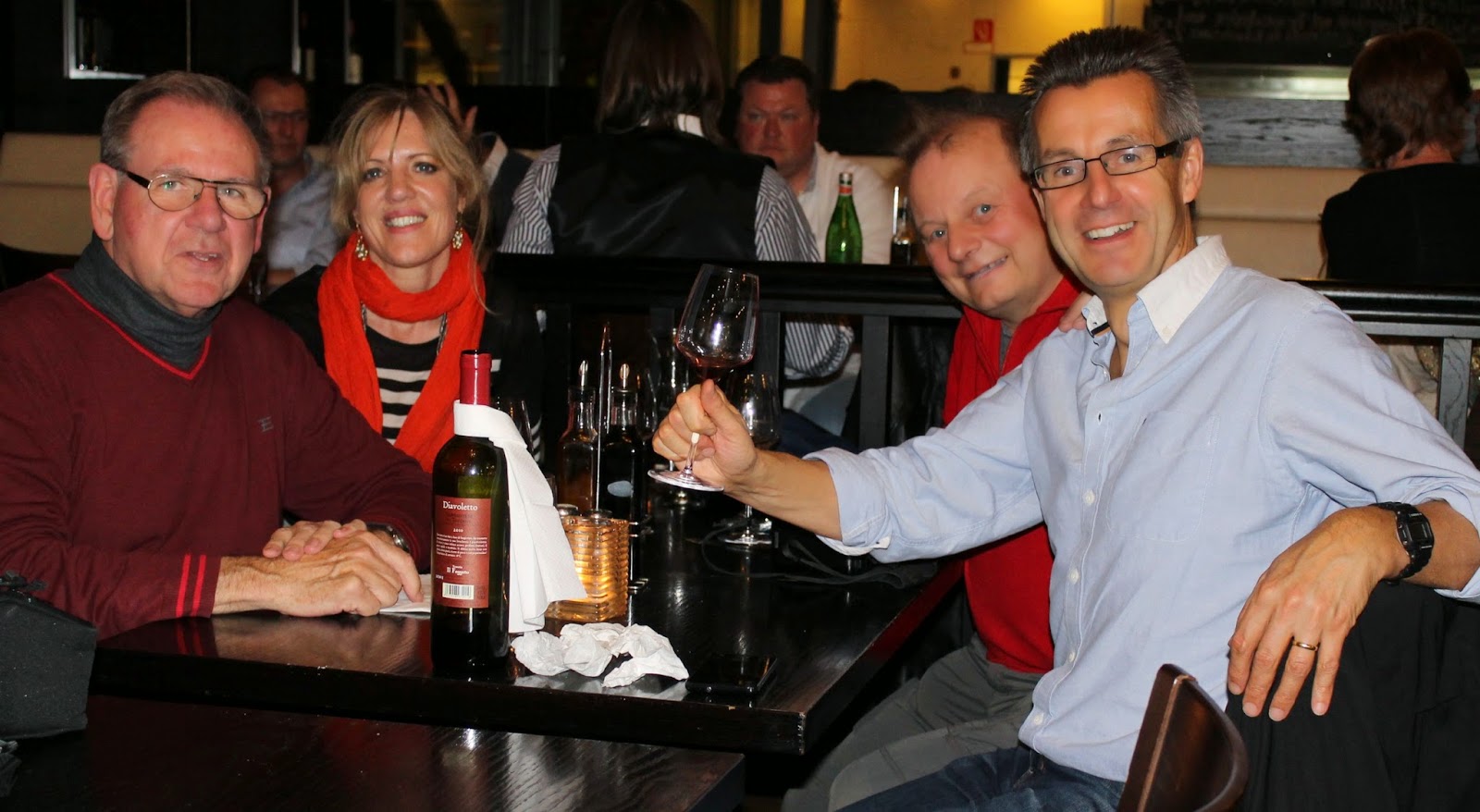 I know him from my University of Sussex days. We met in September 1979, when we arrived in Brighton to start the interesting experience of becoming a student. After leaving uni he worked as a journalist for local papers and worked his way up to become the Berlin correspondent of The Independent.

He met Tanja, married and reported from Berlin before and after the fall of the Berlin Wall in 1989. They later moved to Budapest when he became the east European reporter for The Independent. I have happy memories of visiting them in their home overlooking Margaret Island. Later came the move to London and change of paper.

Through them I got to know Stephan. He is also in the photo taken last Tuesday. He is from Bayern/Bavaria and studied at Oxford University. When he speaks English everyone thinks he is English and not German. He lives in Berlin and it was nice to see him again as we caught up on news over a nice meal and glass of red wine. A memorable evening.