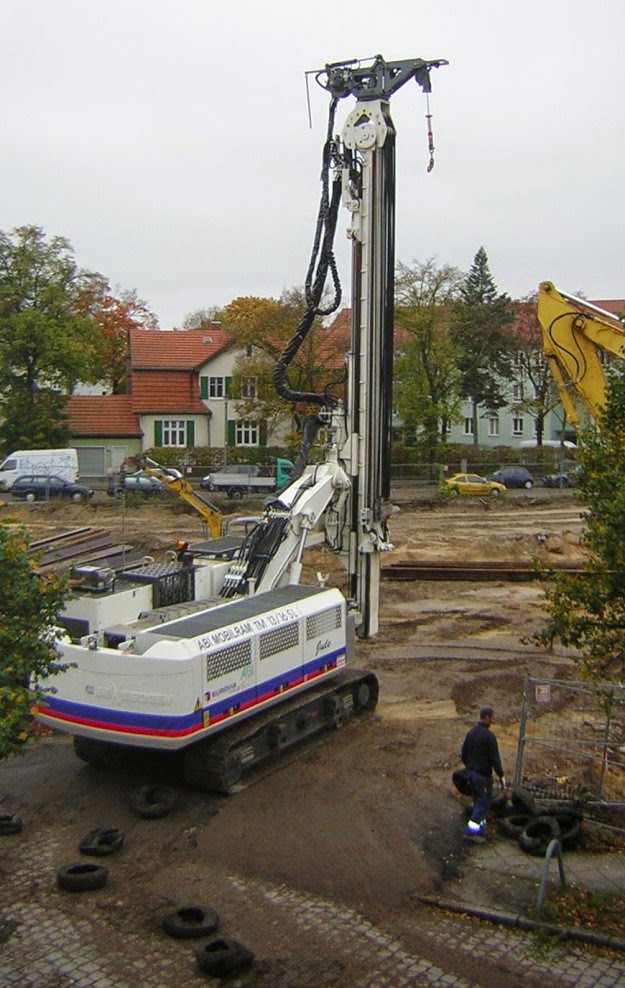 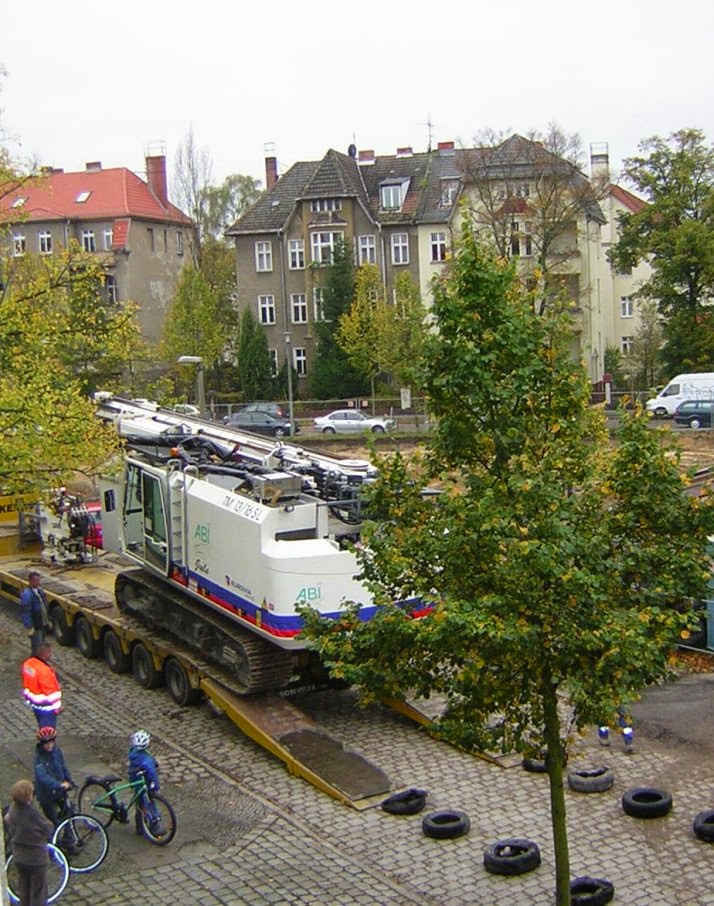 I’ve had a normal week of meetings, teaching and events except on Thursday. Another machine arrived to make number five on the building site opposite my flat. I heard the sound of engines revving and voices so, being a normal ‘nosey’ person, I went to the window to see what what was happening.

I saw a large lorry/truck delivering a strange machine. It was unloaded quickly and efficiently and chugged slowly onto the building site. I then realised it was a machine to sink the metal girders into the ground. I was right.

Today I watched it in action. Two men sank the girders. One was the driver and the other brought the girders to the machine and made sure they were sunk into the exact spot marked out by other workers.

It was interesting to see them play around with the machine and metal girders as if they were large toys. But then if you do this every day it becomes easy – or appears to be so!