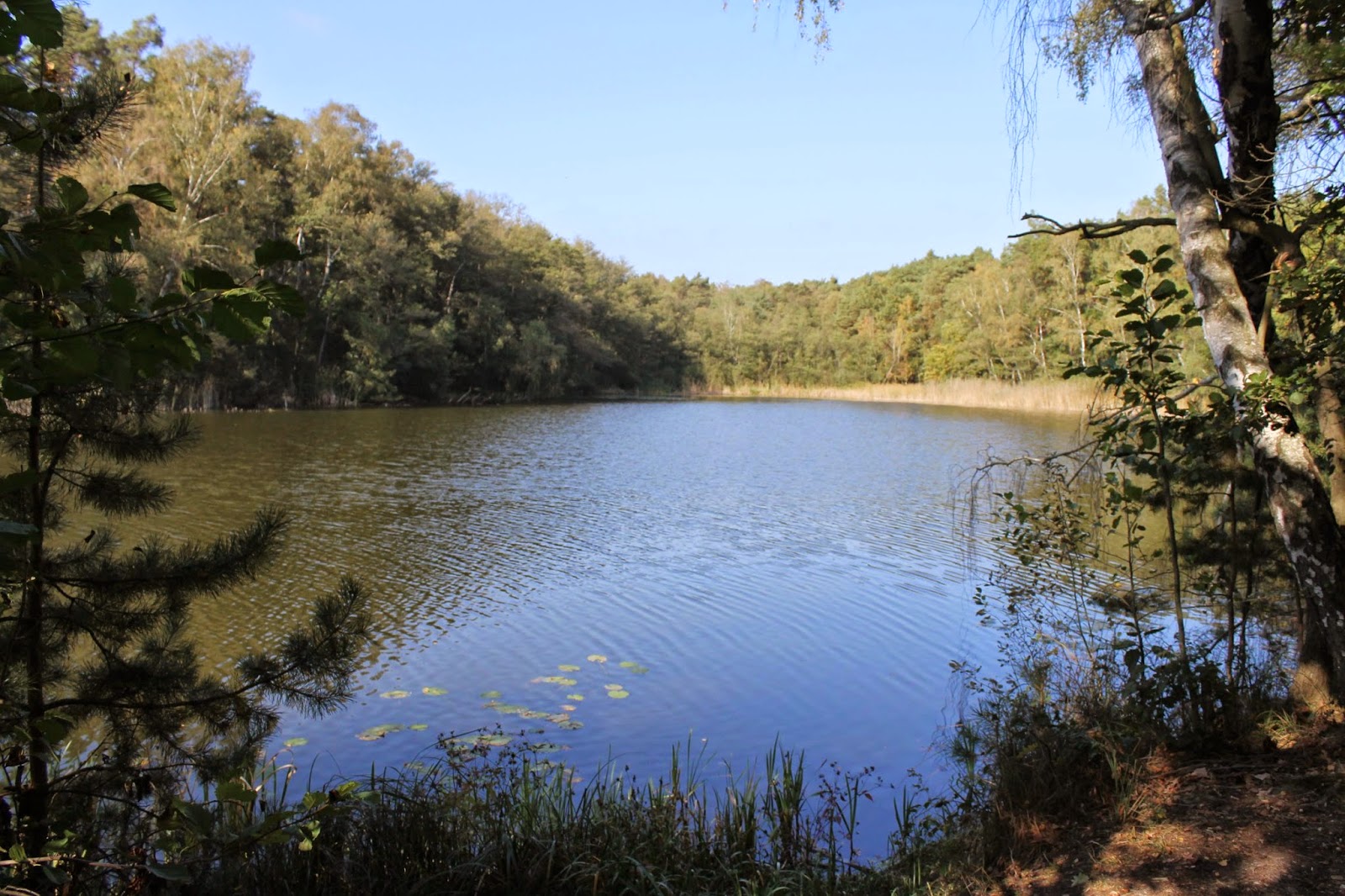 After a tasty picnic lunch we headed south along the Flakensee until we reached the town of Erkner. This is the last stop on my SB line. I have always liked going there although I hardly know the town for I mostly travel through it. 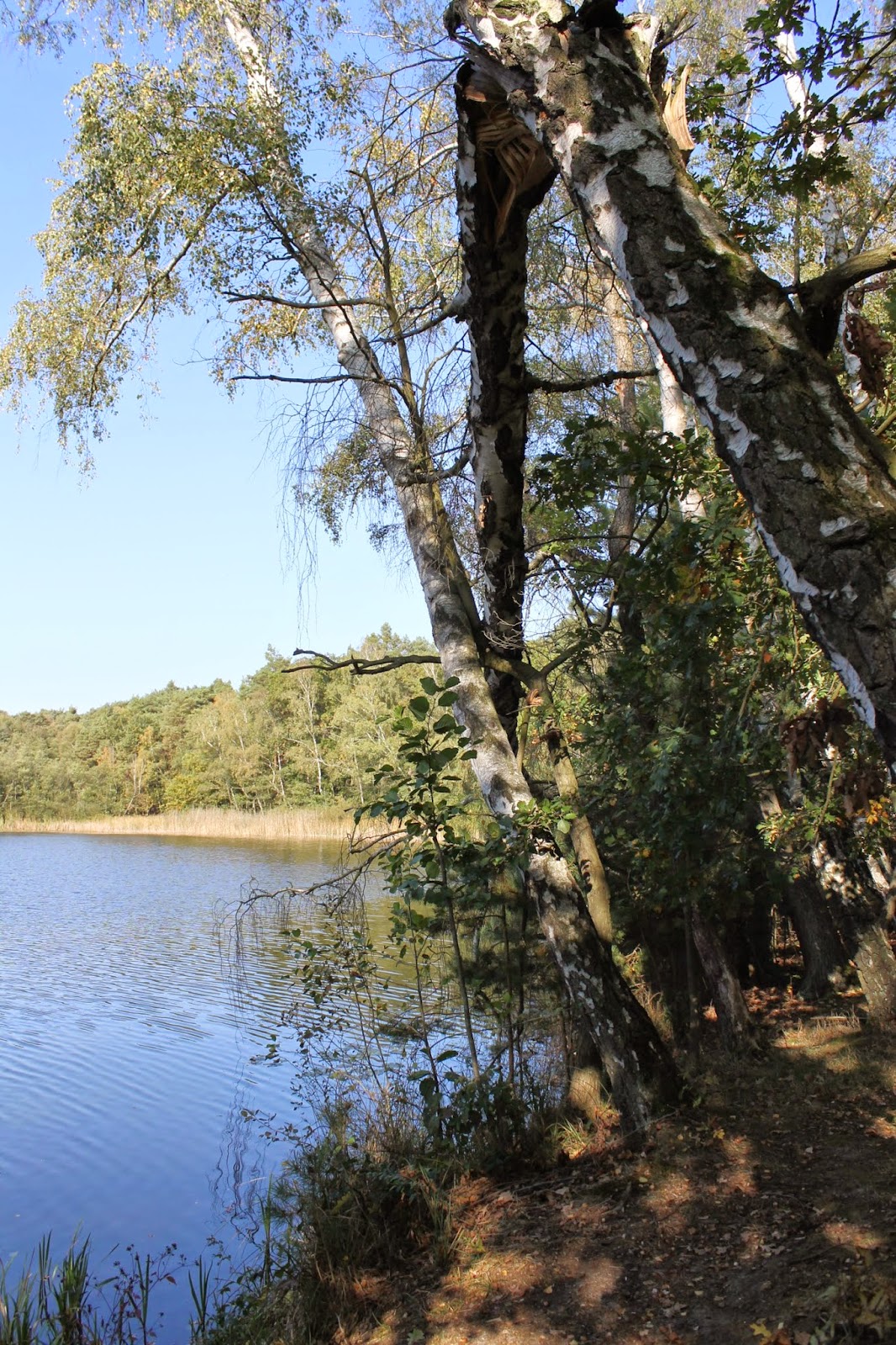 At Erkner we took a sharp left turn back in the direction of Berlin. Finger on map, centre of Erkner and find the railway station to the north of the town. Just south of the station is a track taking you along a water system starting with the Dämeritzsee. Cycle on the northern side and you will soon pick up a bicycle track. 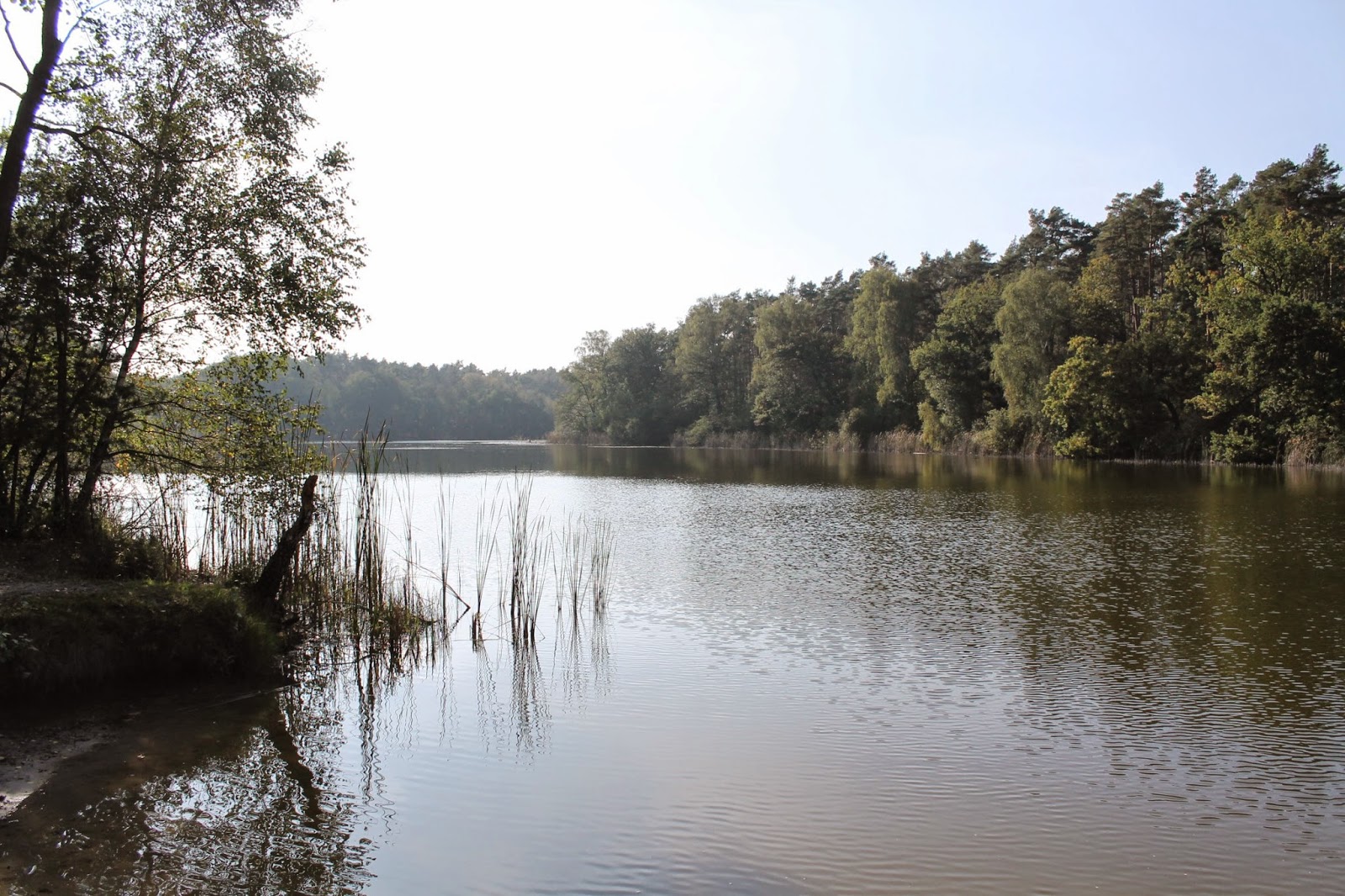 In the afternoon the sun will be in your eyes so take dark glasses with you. We did because you are cycling into the sun in the west and at this time of year it is dropping towards the equator.  You will cycle along tracks, past lots of weekend garden houses full of people grilling and having a beer or three with their grilled ‘Wurst’.

Just keep pedaling and heading west in the direction of Berlin’s biggest lake called ‘Großer Müggelsee’. There is a very interesting network of canals and smaller lakes to the south of the big one and lots of tracks for you to follow. We ended at a lake south of Müggelsee. My gang knew it well as we got off the bikes at an area of sand on the lakeside. There were a few other people there enjoying the late afternoon sun and picnics. 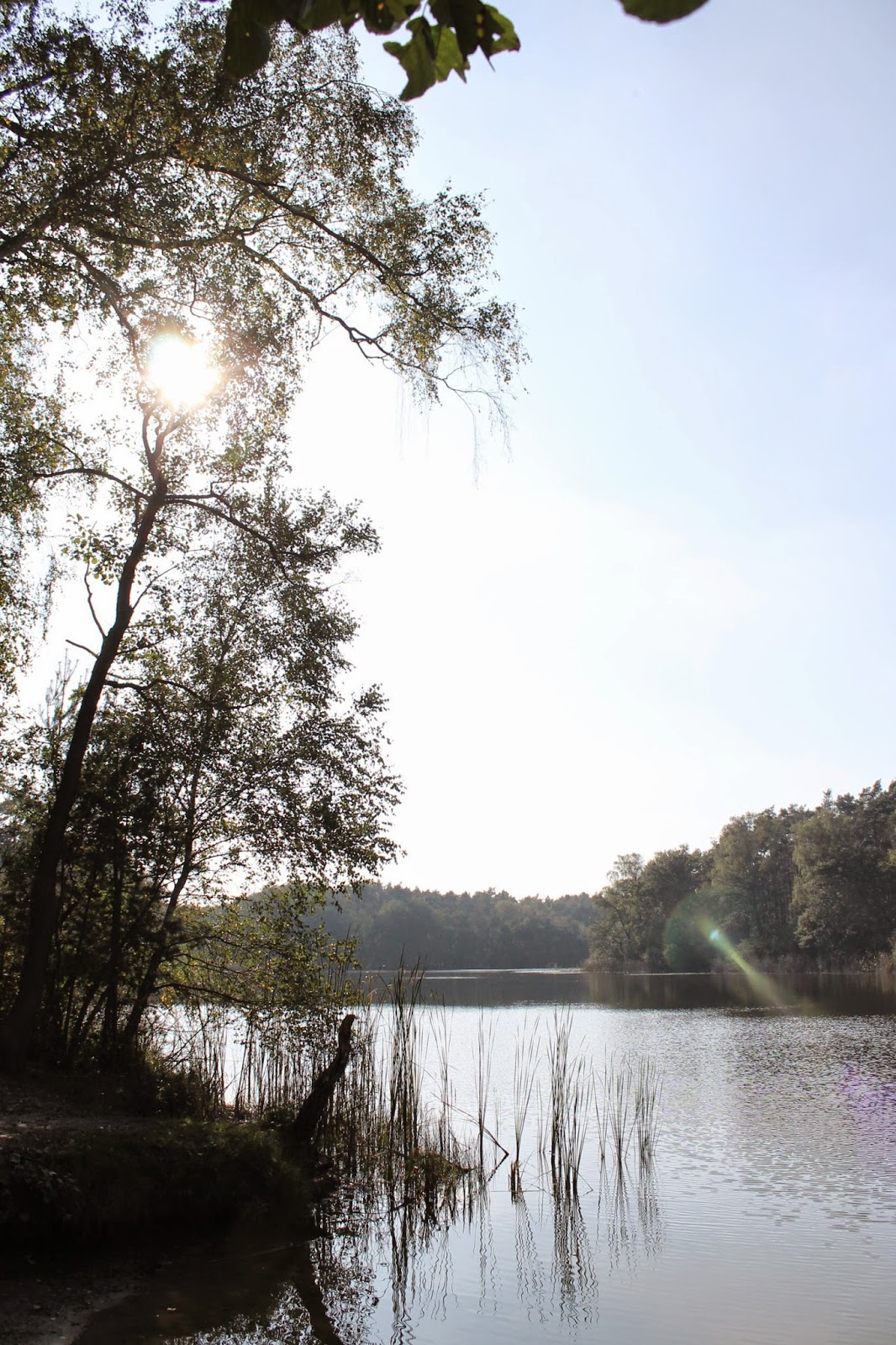 Some of my gang stripped off and jumped into the lake to enjoy a late summer swim. Swimming in the nude is quite normal here. It is considered part of a healthy culture going back many years and called FKK. You may see these words at some beaches. In England I think it is called the Naturist Culture. Here are some photos of the small lake where they swam.

We got to know some other visitors there, particularly a man with a small paddle boat and a lady who said she was from Portugal. We sipped some of my ‘Scottish Medicine’ with them which they liked! A nice interlude before we got back onto the bikes for the last part of our journey.

This took us along tracks to the south of Lake Müggelsee until we hit a track that took us into the centre of Köpenick. There we found ‘Schloss Müller’ where two of the gang live. We relaxed over tea and cakes. A perfect way to relax after hours on a bicycle.

As it got dark I cycled to the S-Bahn with Uli. He wanted to make sure I found my way there. Thanks for your concern Uli. There we said our goodbyes and I took the SB back to Karlshorst and home.

Our next meeting will be in the first week of January in a restaurant. My job is to organise the event. Looking forward to seeing my ‘Mug Gang’ then and catching up on news.