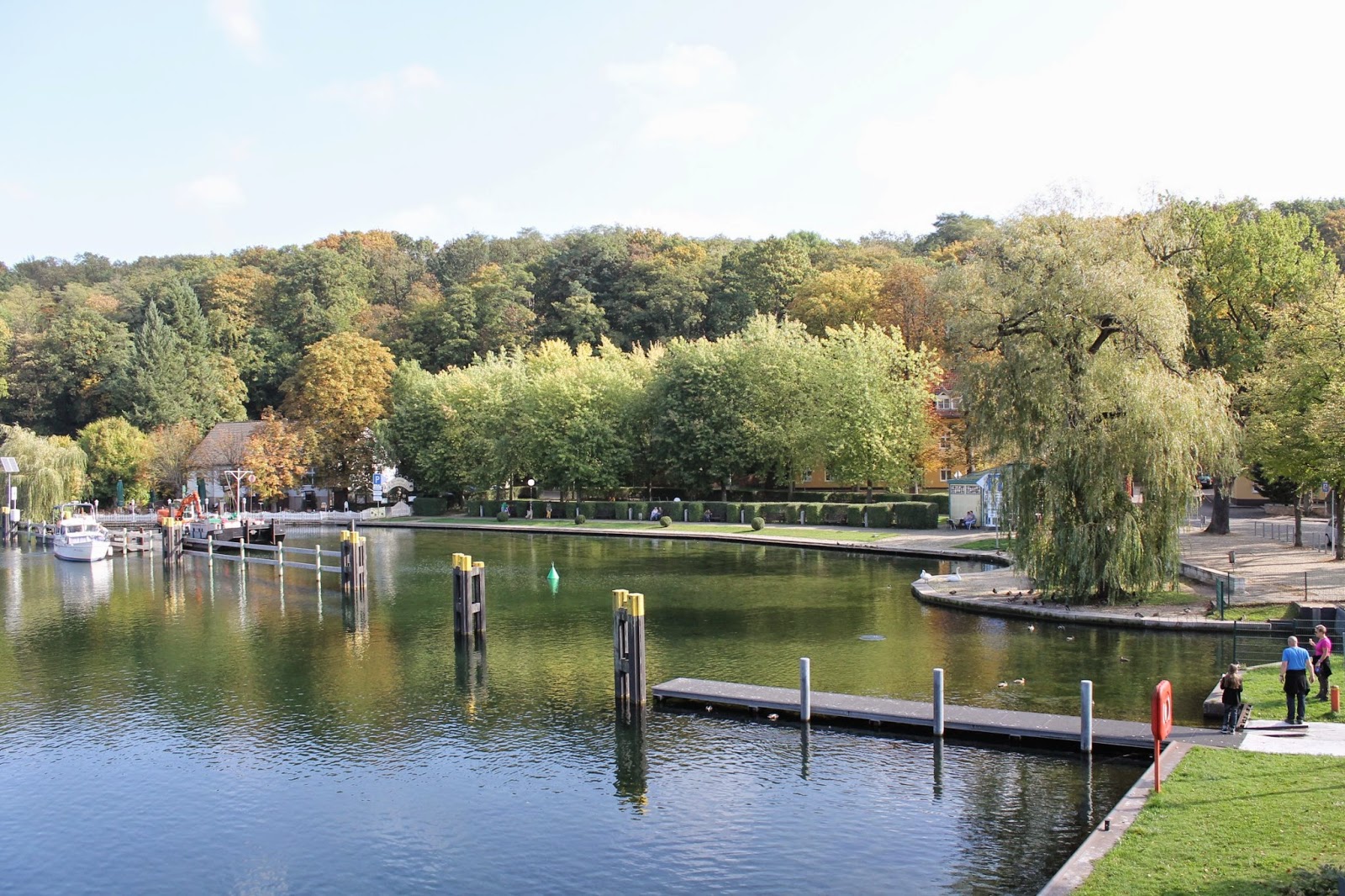 I told you earlier that I was going on a bicycle ride on Friday 3 October. This is a public holiday to mark German Reunification. Now 25 years ago. The weather was perfect and I am sure that at least half the population of Berlin was somewhere outside the city, in parks or other green areas. 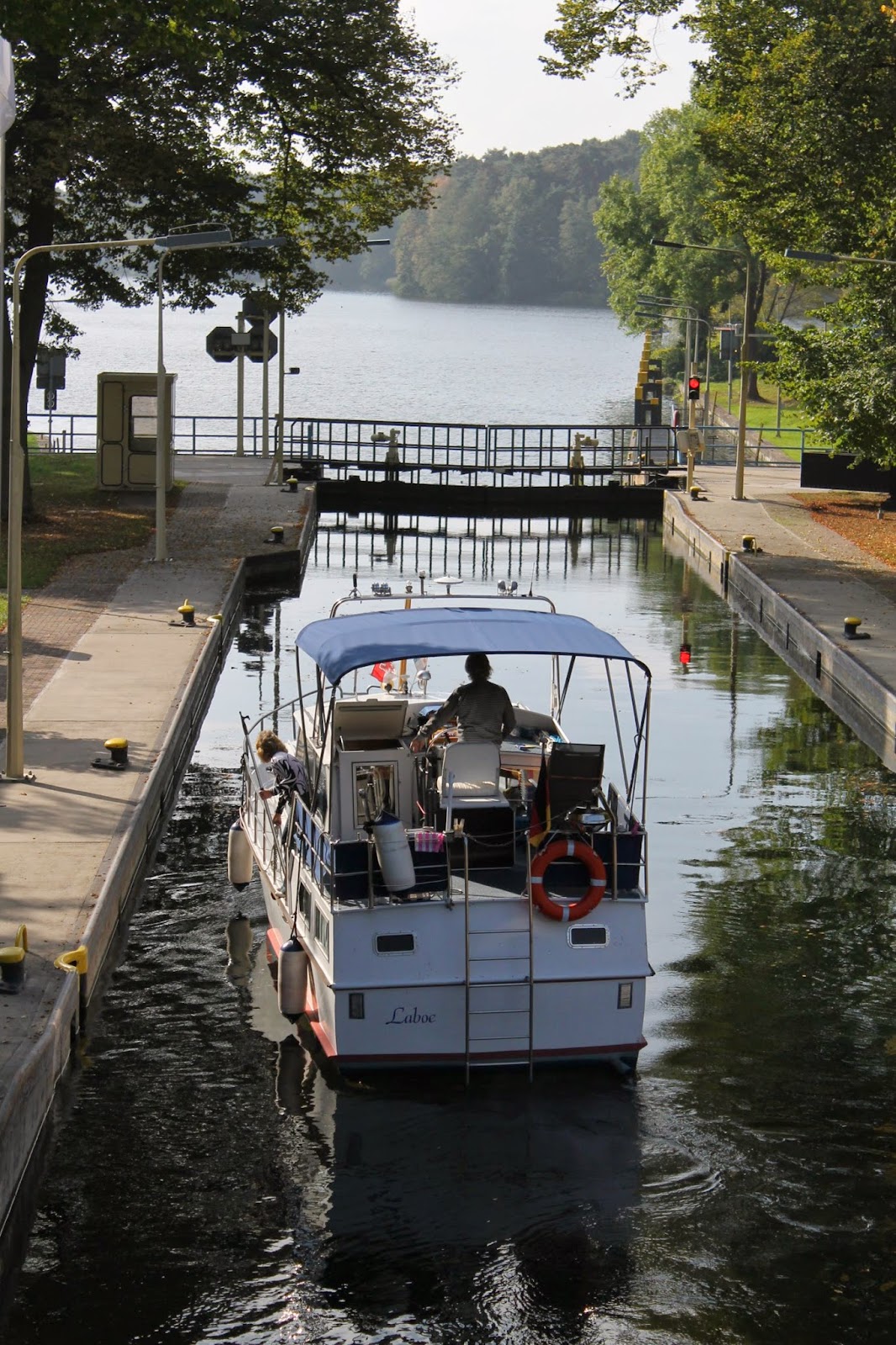 I met half of my Mug Gang at 10.00am at SB Köpenick. They live there and it is only two stops from my local S-Bahn. Uli was ‘The Boss’ this time and had worked out the route. I cycled behind him. To follow our route get out your map.

Finger in the middle of Berlin then slowly move it to your right = east. Find Lichtenberg and keep going. Move your finger slightly down and you will find Karlshorst where I live. Keep going until you get to Köpenick. Well done! Now keep moving your finger to the right = east and off we go. 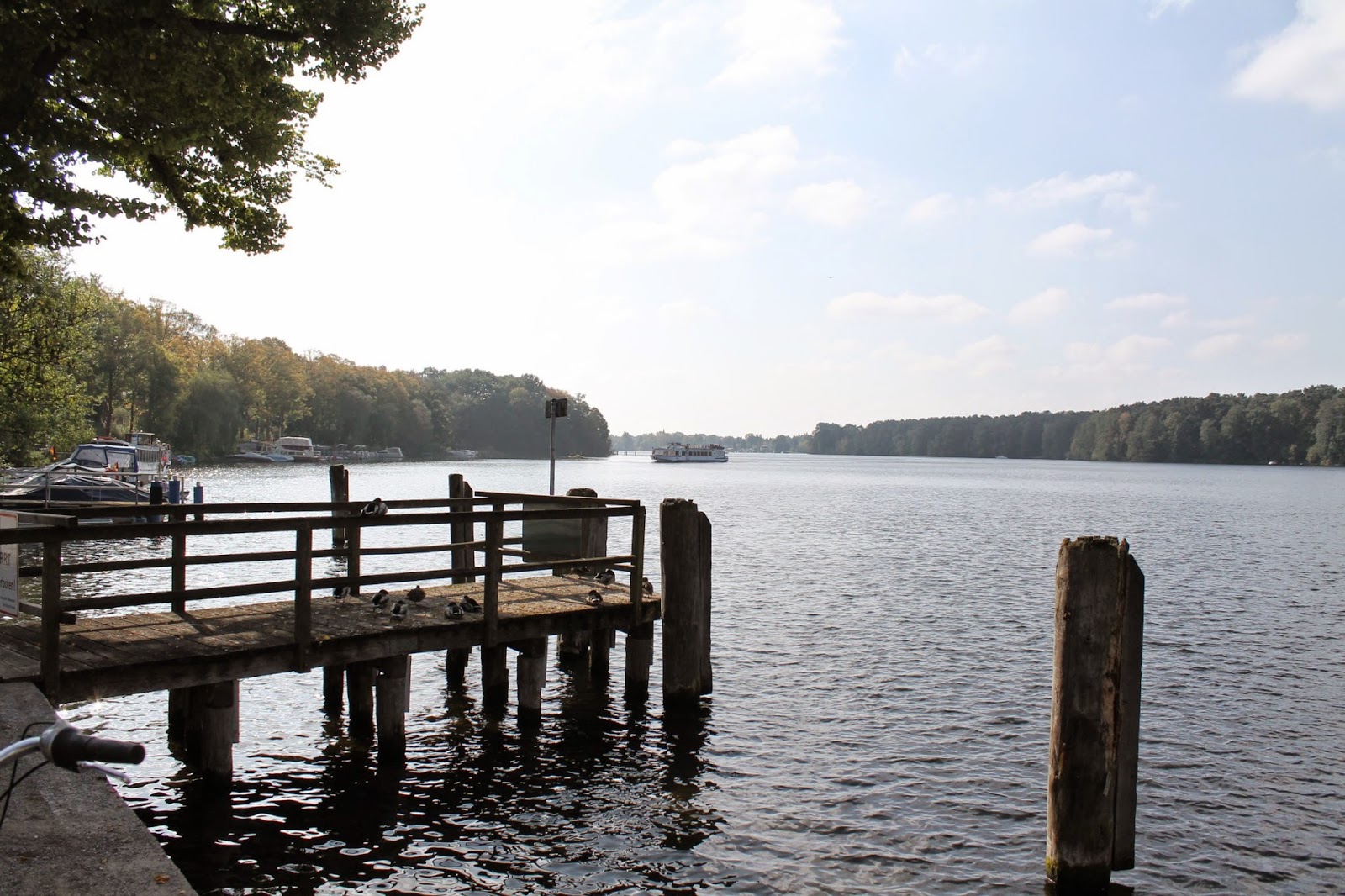 We cycled along a track that followed the SB line further east. We passed through a colony of houses built in the 1920s, then on into the woods along a cycle track. Move your finger until you come to a village called Schöneiche. It is perfect and if I won a fortune I would buy a villa there! There are no houses, only villas !! 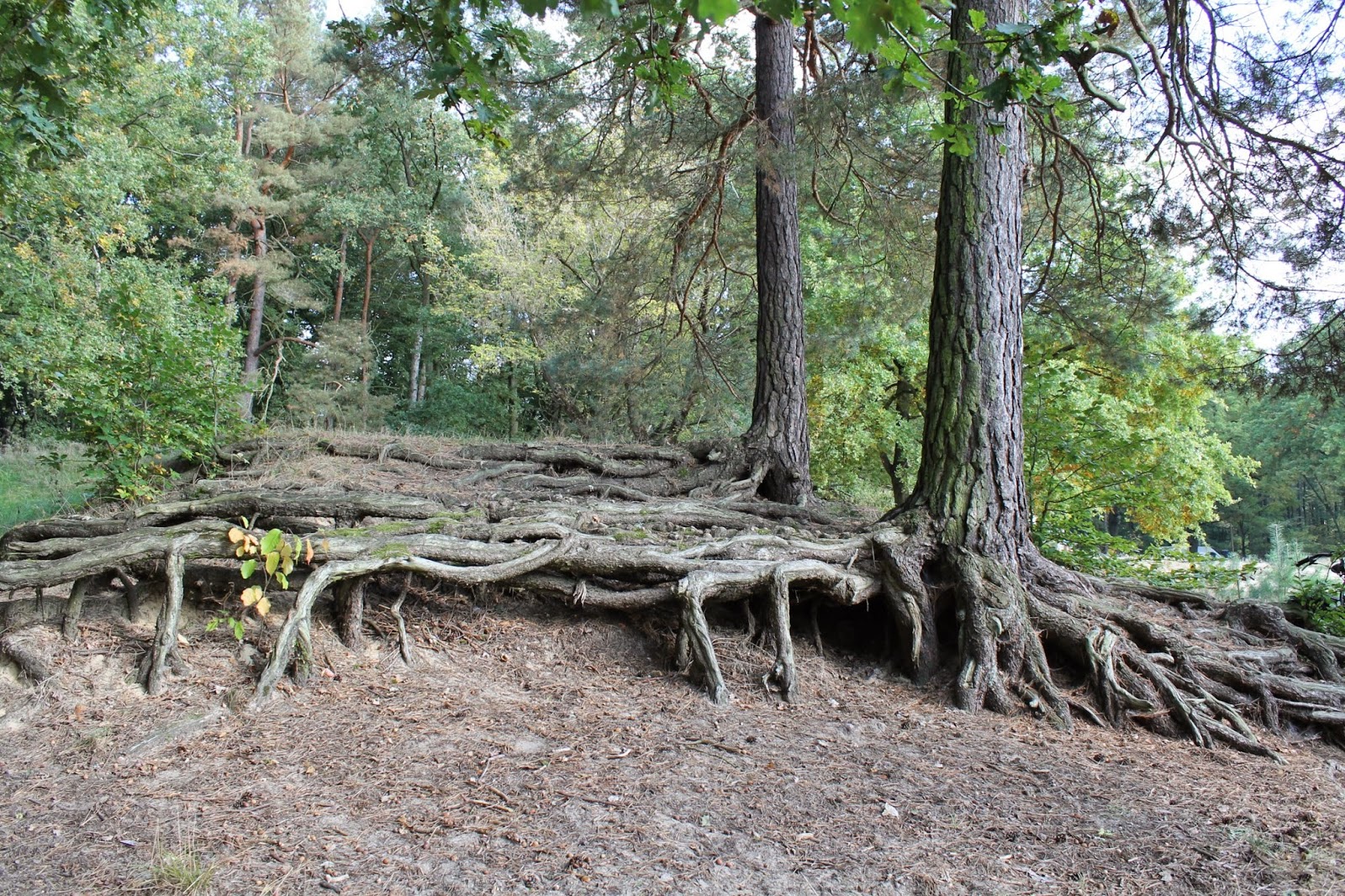 Keep moving to the right = east until you come to a village called Woltersdorf. It sits between three lakes and has a sluice/die Schleuse which allows boats to move between all three. Here I took some photographs after being nearly caught as the gates closed and the bridge was about to rise!

We then cycled south along the side of the Flakensee until we found ‘our’ picnic place. The Mug Gang always has a stop here. There is a small flat area behind a tree which has roots growing out of the earth. Here is a photo. Very interesting! The late lunch was delicious and much better than the couple of sandwiches I had prepared for myself.

We sipped some ‘Scottish Medicine’ I had brought along as a kind of Magenbitter = Digestion Helper after we had eaten and suddenly the world looked ‘rosier’ :-)) Lots of interesting discussions and topics as we sipped another one then back onto the bikes. See the next blog story for the rest of the adventure.