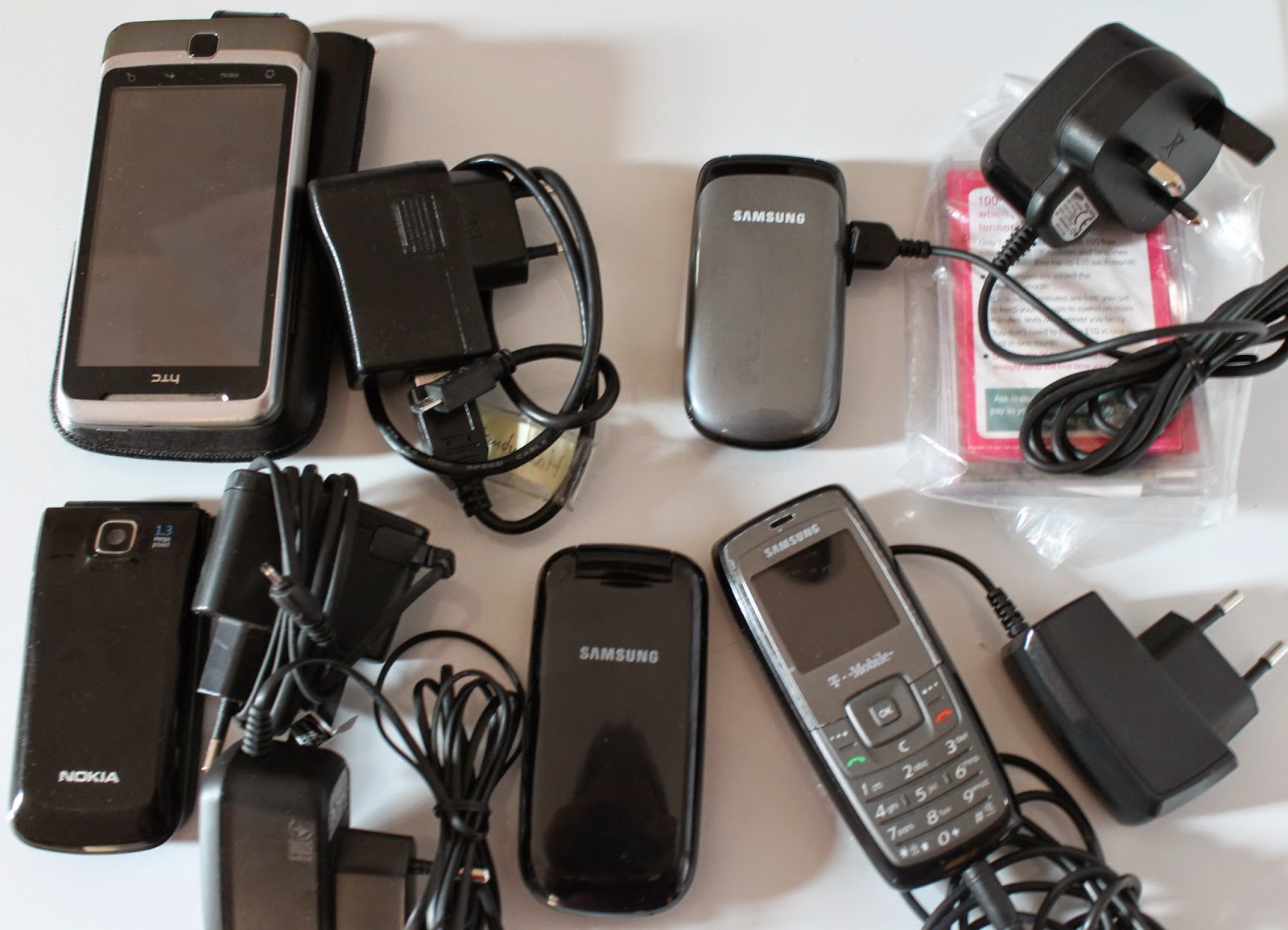 How many phones do you have? Yesterday evening there was nothing of interest on TV until late so I decided to charge the batteries of all the things I have with a battery. I was surprised at the result!

Before then I opened all the computers. Yes, I have four but my excuse is that I had to have machines running three operating systems when I was teaching. I updated the security systems then ran a scan in each machine. Fortunately nothing was found. Having said that two E-mail accounts I had were ‘hacked’, so I closed them down.

Then it was time to empty the drawer with all the electrical ‘things’ inside. I was very surprised to discover I had five mobile phones. What!  In addition, I have three fixed line telephone numbers but only one is known to the general public.

I have three Samsung mobile phones, one Nokia and one htc. How did I end up with so many? One was bought for use in the UK, another for the USA and somehow I  picked up three for use in Germany. I generally only use one! Guess which one.