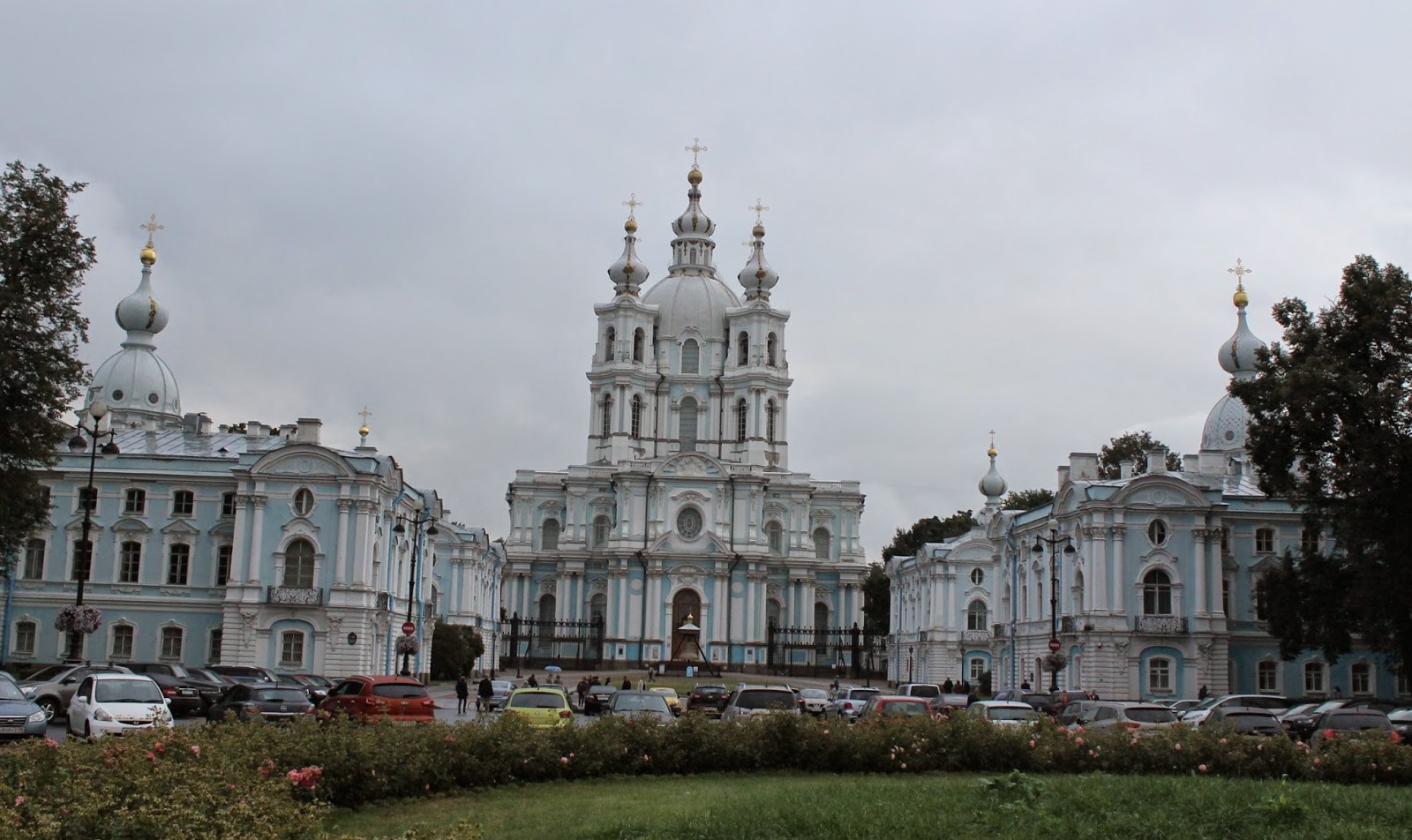 And lo it came to pass that St John von O returned to his abode after wandering in Hungary and drinking The Holy Palinka of Opa at Balaton. After changing of ye underclothes and packing ye new bagge, St John journeyed to ye airport again.

There he met St Peter von Longlegs. They flew into the wilderness in the direction of St Petersburg courtesy of Aeroflot. Good service, and nice fellow travellers made ye journey easier. They emerged into the light of St Petersburg and took ye speedy coach to ye centre and their hotel. 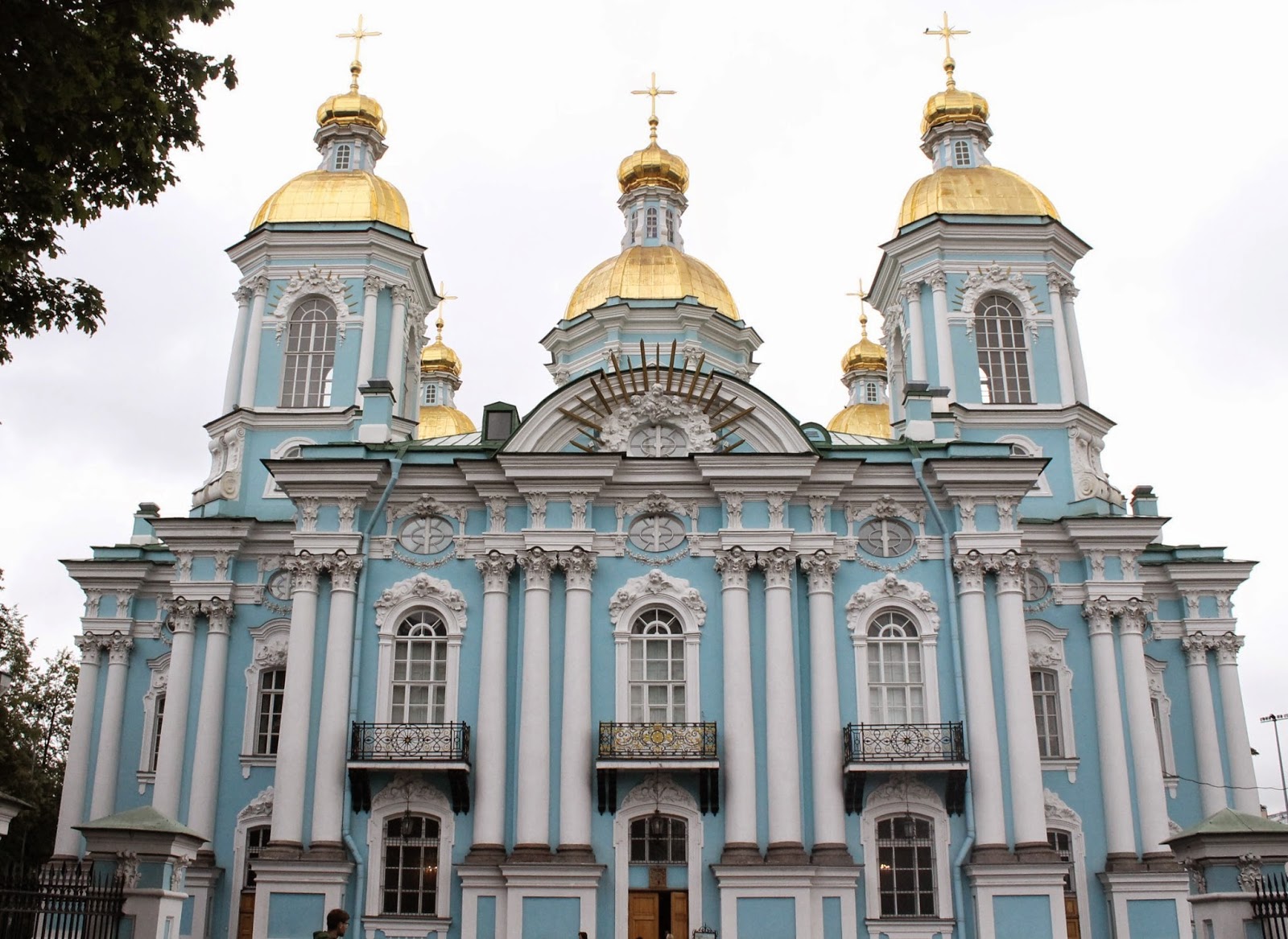 It was not a stable at an inn but a small hospice on Rinaldi Moskowsky near to the Metro station Tekhnologichesky Institut 1-2. All were located in the south-west of the central area of the city. So far so good!

The rooms offered all the usual things a hotel should and we also got an internet password. I had my smart phone so could read all my e-mails. St Peter had his phone plus a laptop so no problem about keeping in touch should that be necessary. 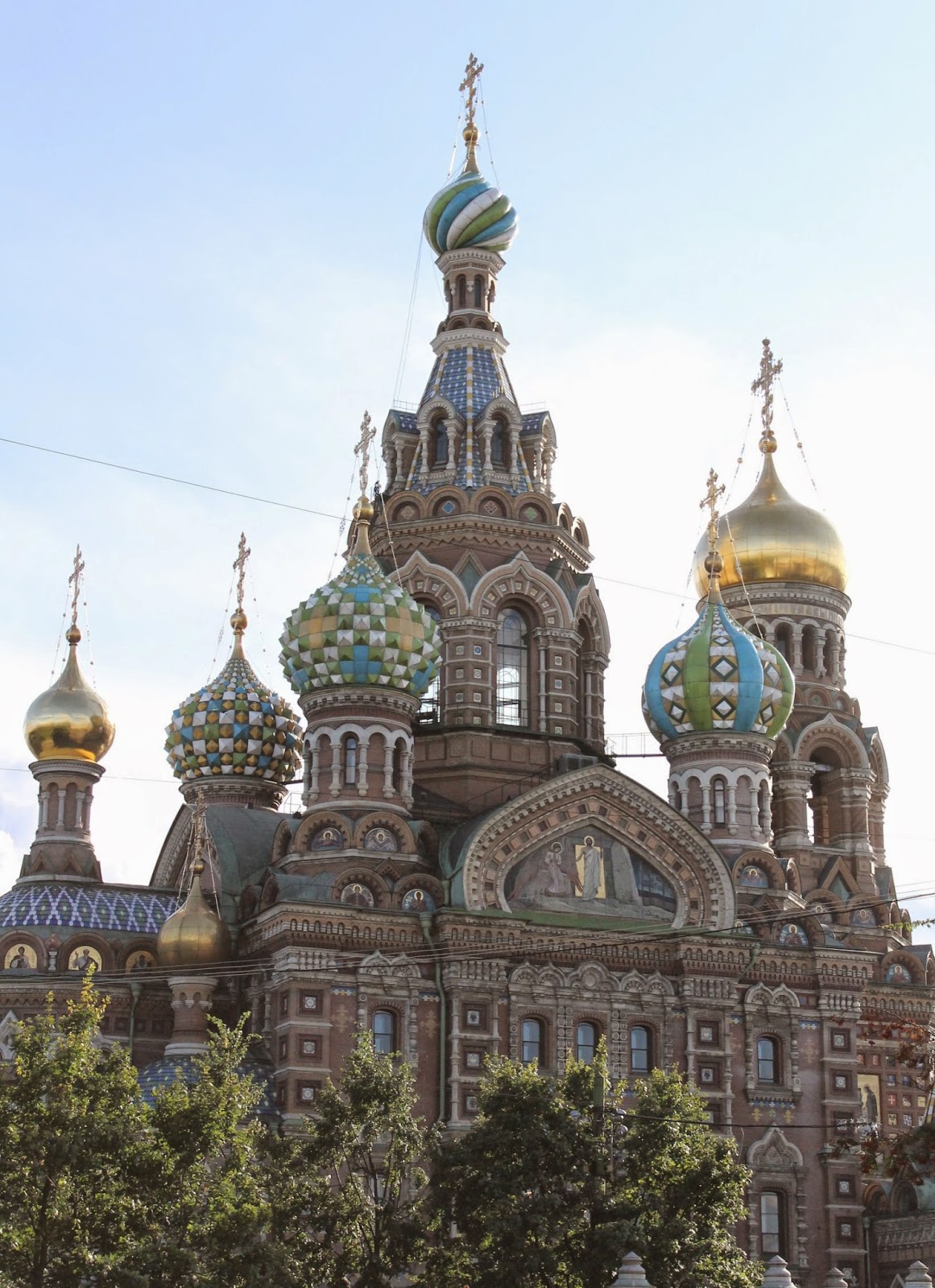 The first adventure was to get to the university. We were guests of St Petersburg State University. They were hosts of the 54th ERSA Congress. An international group of university professors  St Peter von LL was to give a paper/presentation on the at 2.00pm. I was an “Accompanying Person” = someone not giving a presentation! 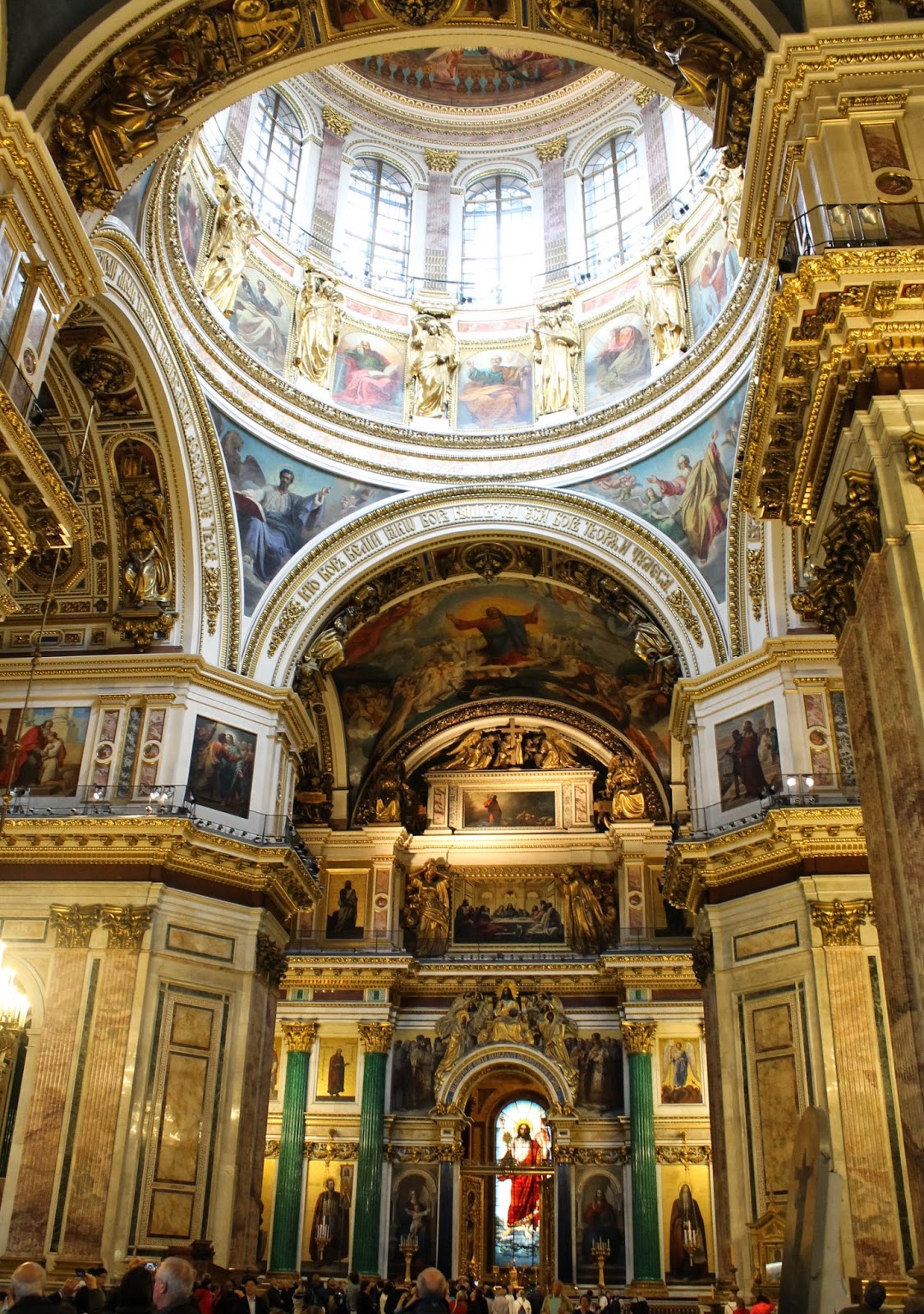 We finally got to the university. It is housed in Smolny Convent. Despite its name it was never used for religious purposes. In imperial Russia it became the Smolny Institute of Education for Noble Maidens. What a name! What kind of education was on offer if you were not a Noble Maiden?

The complex has a cathedral designed by the Italian architect Rastrelli. I discovered this gentleman also created the Winter Palace, the Grand Palace in Petershof and many of the other palaces you can find on almost each corner in the centre. Clearly a busy architect. 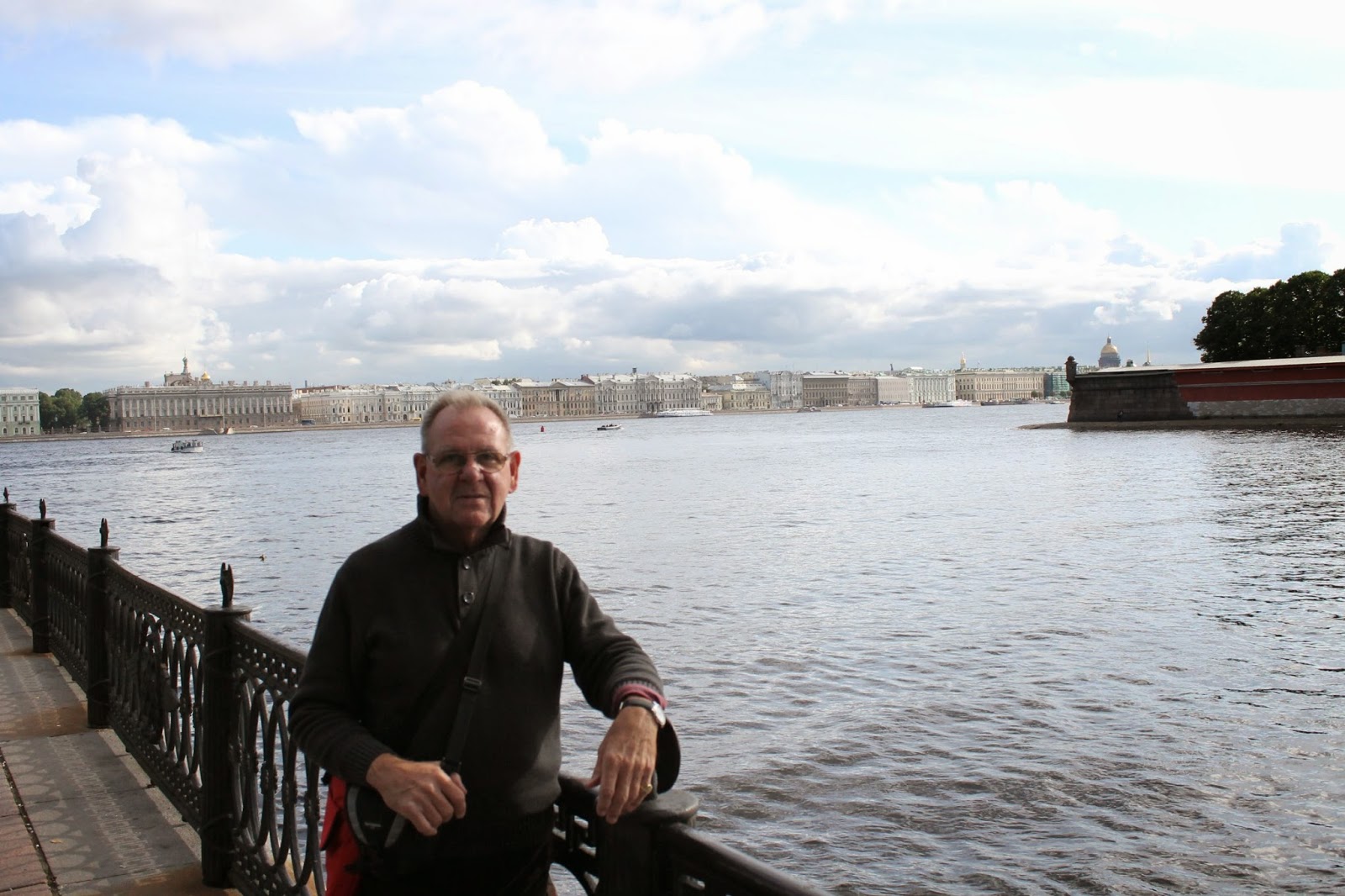 The opening ceremony was held in the Tauride Palace on Potemkinskaya Str. It is said to be one of the biggest and well known palaces in the city. In 1783, Prince Grigory Potemkin of Tauride commissioned the architect Ivan Starov to design a new city residence. The result was considered the grandest nobleman’s residence in 18th century Russia and was used as a model for many other buildings across Russia.

In 1906, it was transformed into the seat of the first Russian parliament called the Imperial State Duma. After the Revolution of Feb. 1917 it housed the Provisional Government and then the Petrograd Soviet. From 1990, it has housed the inter-parliamentary assembly of member counties of the Commonwealth of Independent States. What a history! I wonder if Prince Grigory would have built it had he known its later uses? 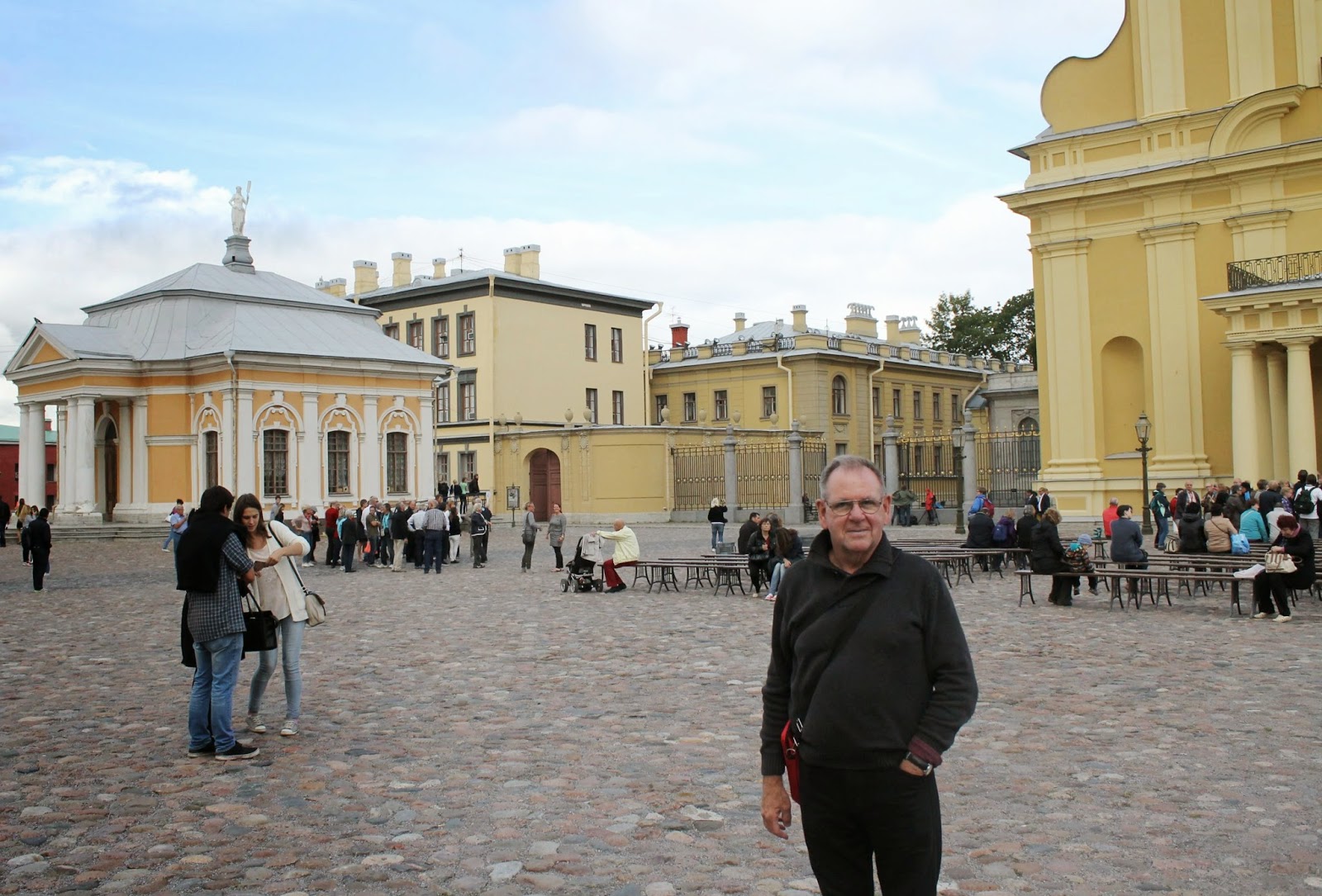 On Wednesday  27 August, we went to the ‘Get-Together-Party’. It was after St Peter’s presentation. It was held in the restaurant Moskva which is part of the Moscow Hotel which you can find at 2 Alexander Nevsy Square. A very pleasant evening with lots to eat and drink!

The final event was the Gala Dinner on Friday 29 August at a venue owned by the university called Manege, at 13 Univerity emb. This is right in the middle of the historical part of the old city and built on the north bank of the River Neva. It was recently renovated. There were 900 delegates sitting for dinner in the venue served by lines of waiters from tables at the sides of the hall.

What an experience that was. The food and wines were excellent. So were our fellow guests. They were from Poland and Lithuania. A pleasure to spend a few hours with such intelligent and amusing people. To bed late in the morning for a few hours sleep before the call to get ready for the taxi and flight to Berlin.