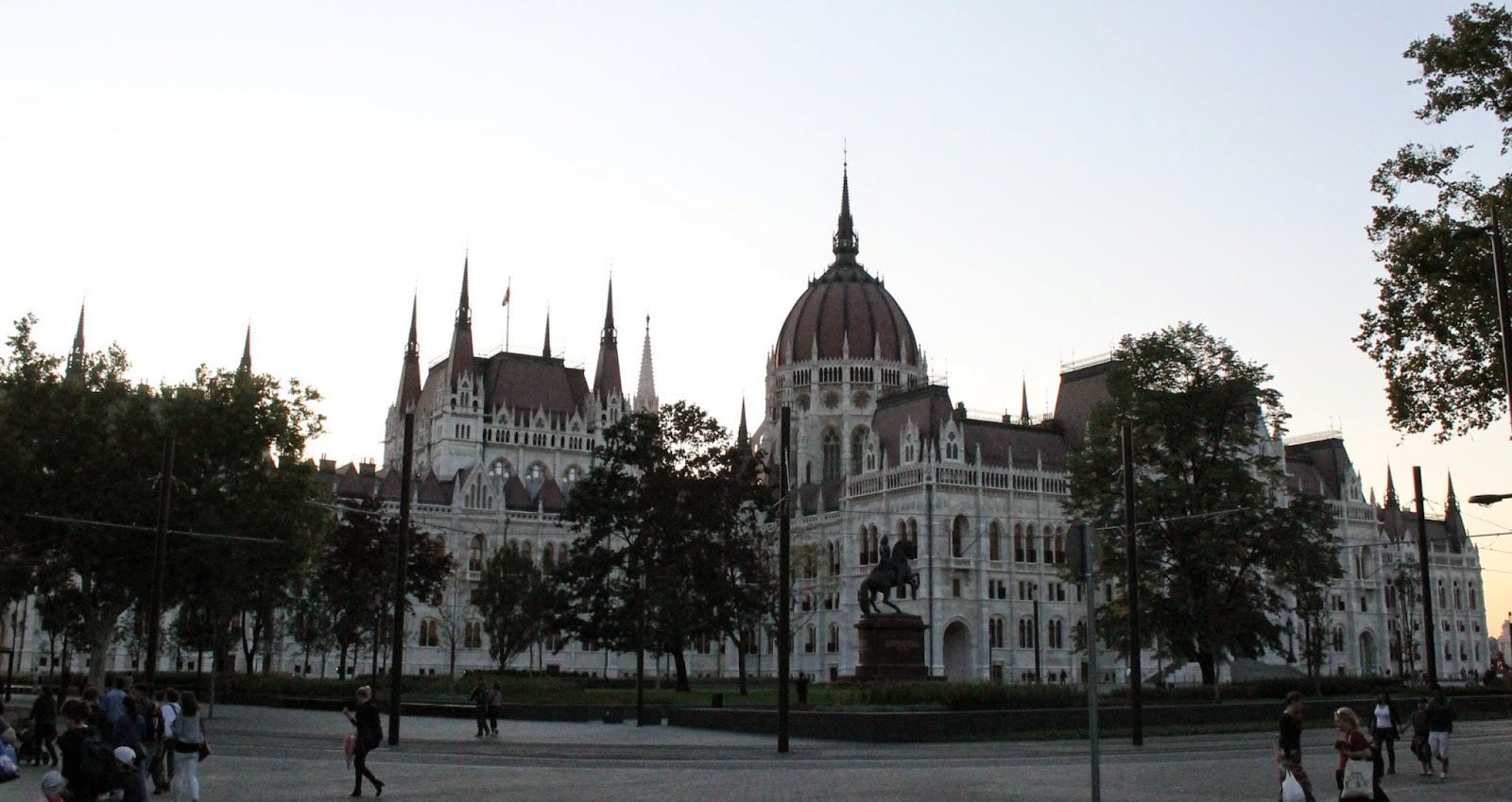 After filling up on coffee and cakes we wandered around the centre of Budapest before ending up at the Parliament.

I posted photos of this wonderful piece of architecture after my visit last year. Okay, I’ll add one photo in case you have forgotten! Great isn’t it? 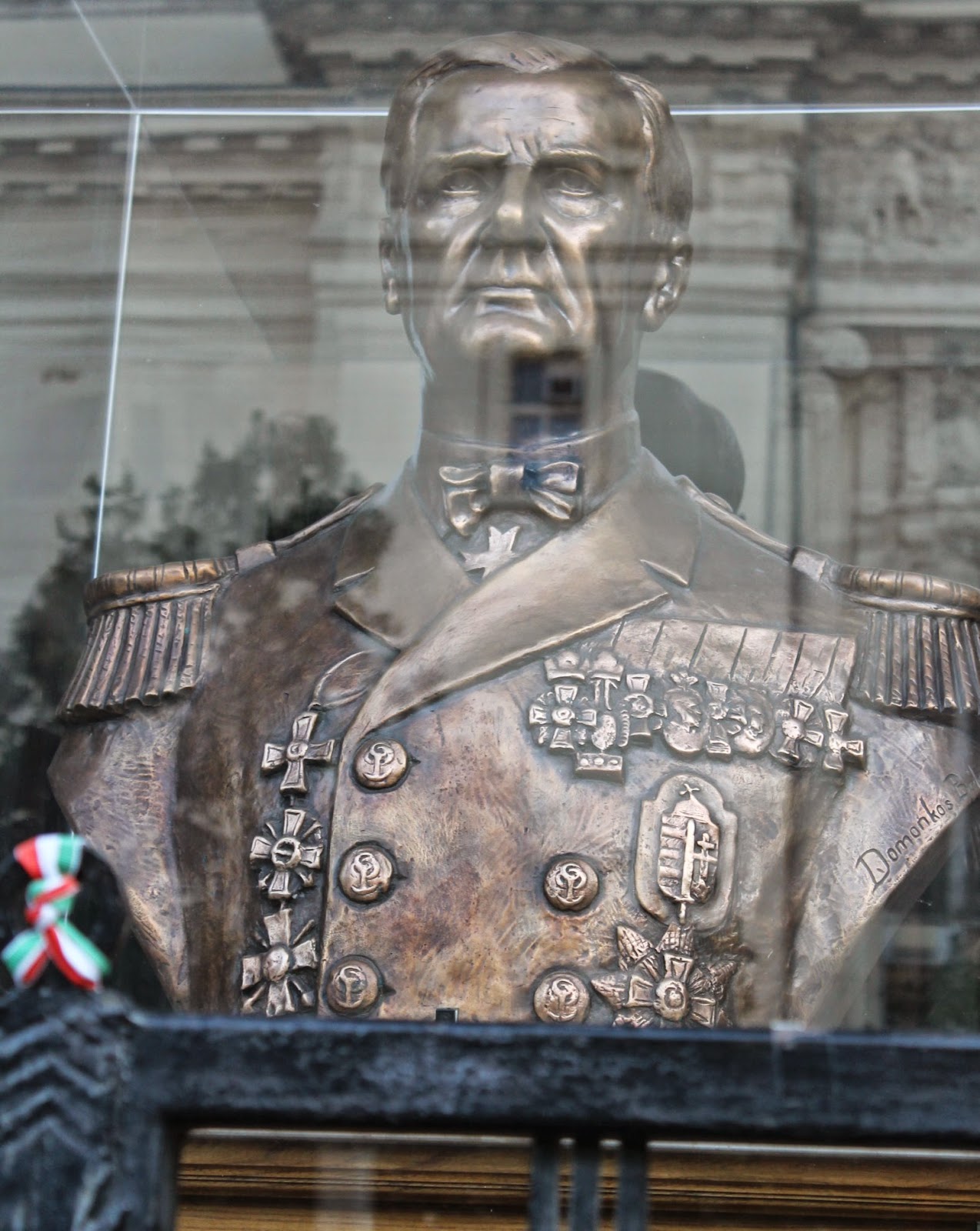 When wandering we came upon an interesting statue and two protests! The current government led by Viktor Orban is generally labelled as conservative and nationalist. It supported the installation of a statue of Admiral Miklos Horthy in a protestant church not far from the Parliament.

He is generally known as an authoritarian figure and some call him a fascist. During his rule Hungary was the first European state to join the Axis powers in 1940. He was forced to resign in 1944, when Nazi soldiers marched into the capital.

Erecting this statue is seen by protesters as provocative and an attempt to re-write recent Hungarian history. 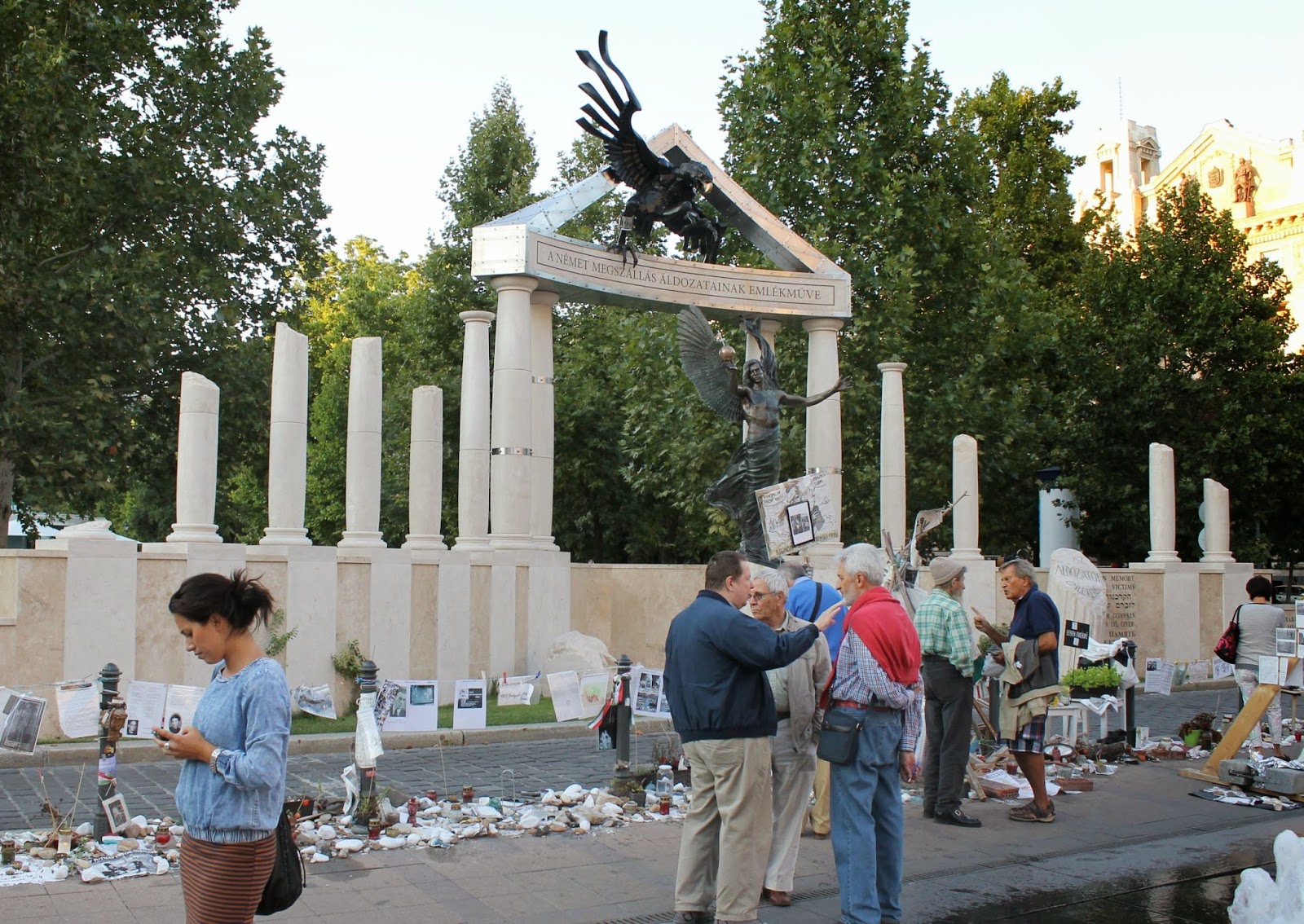 Around the corner was a lively and louder protest. It was against a monument claimed to have been ordered by the government and erected in the night of 20 July 2014 = only a few weeks before my arrival! The memorial commemorates the Nazi occupation on 19 March 1944.

The protesters claim the Nazi soldiers were met with bouquets rather than bullets. I quote from the protesters document: “The central figure is Archangel Gabrial impersonating the innocent Hungary, dropping the country’s orb, while the German eagle is preparing to strike.” It further argues that the monument attempts to show that the Hungarian State “bears no responsibility for the genocide following the German occupation, including the deportation of nearly half a million Hungarian citizens to Nazi extermination camps.”

When I got to the square behind the Parliament I saw another group of protesters sitting around under tents and sipping coffee. I asked them what the problem was and an elderly gentleman told me they were part of a citizen’s movement demanding three things. 1) Resignation of the Orban government.  2) Restoration of the constitution that ended in 2010. 3) New, fair and clean elections.

I told him that at least they could now all protest and so that was a step forward. He agreed before saying they wanted more. I thanked him for the information and wandered off toward Parliament.  Mr V. Orban was not there so I could not ask him for his version of events!