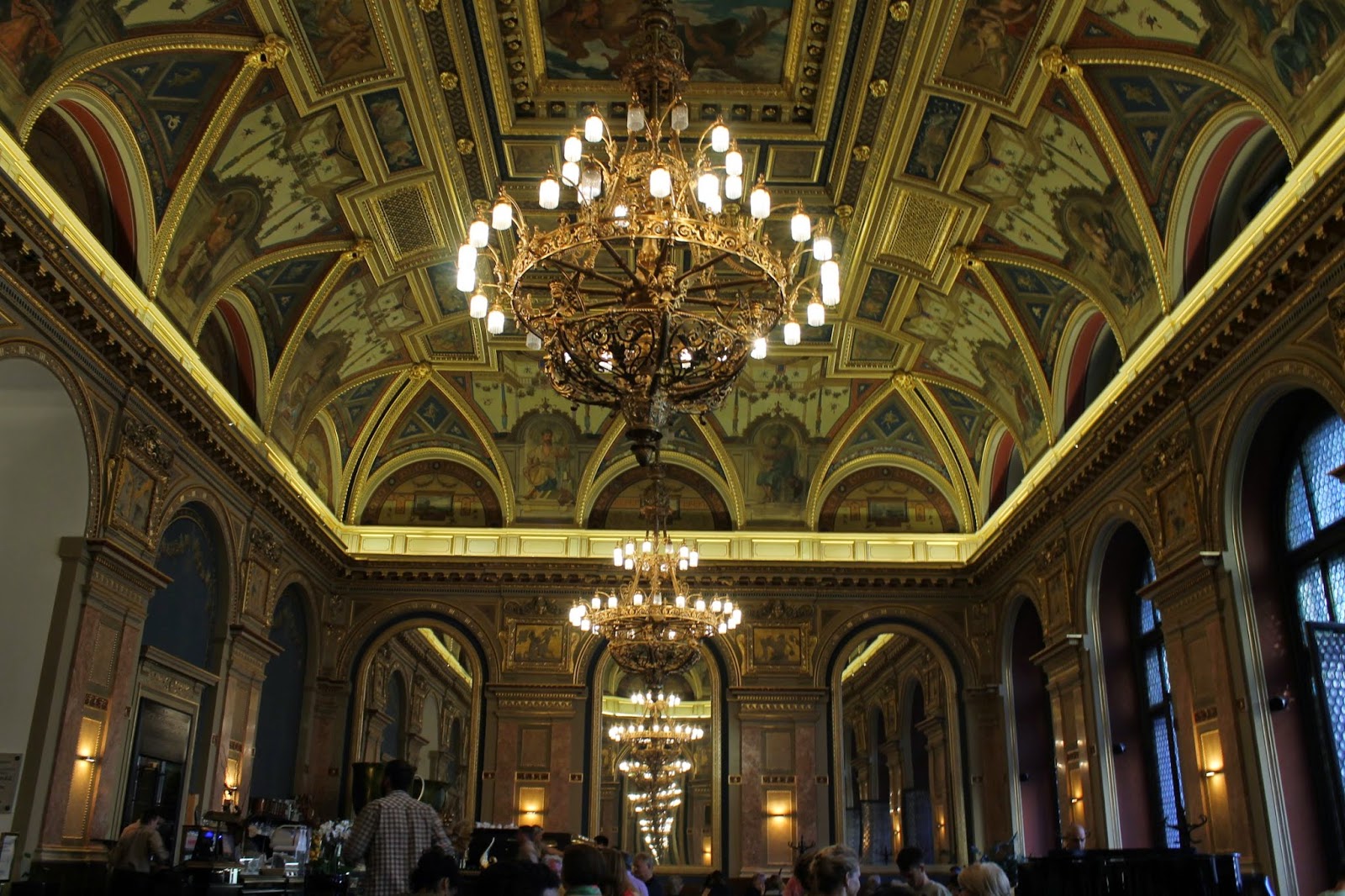 The high point of my stay in Hungary was with the family at Lake Balaton. I gave a brief report a few posts ago and added a few photos of the family, and one of me with Opa sipping his home made Palinka! I also spent a couple of days in the capital city of Hungary.

There I saw aspects I had not seen before. One was a cafe with an incredible ceiling. It was worthy of a palace in France. The coffee and cakes were also good! I went there with Sandor and Ilonka, who as most of you know are Marcel’s parents. He was busy with a driving lesson in Miscolc. 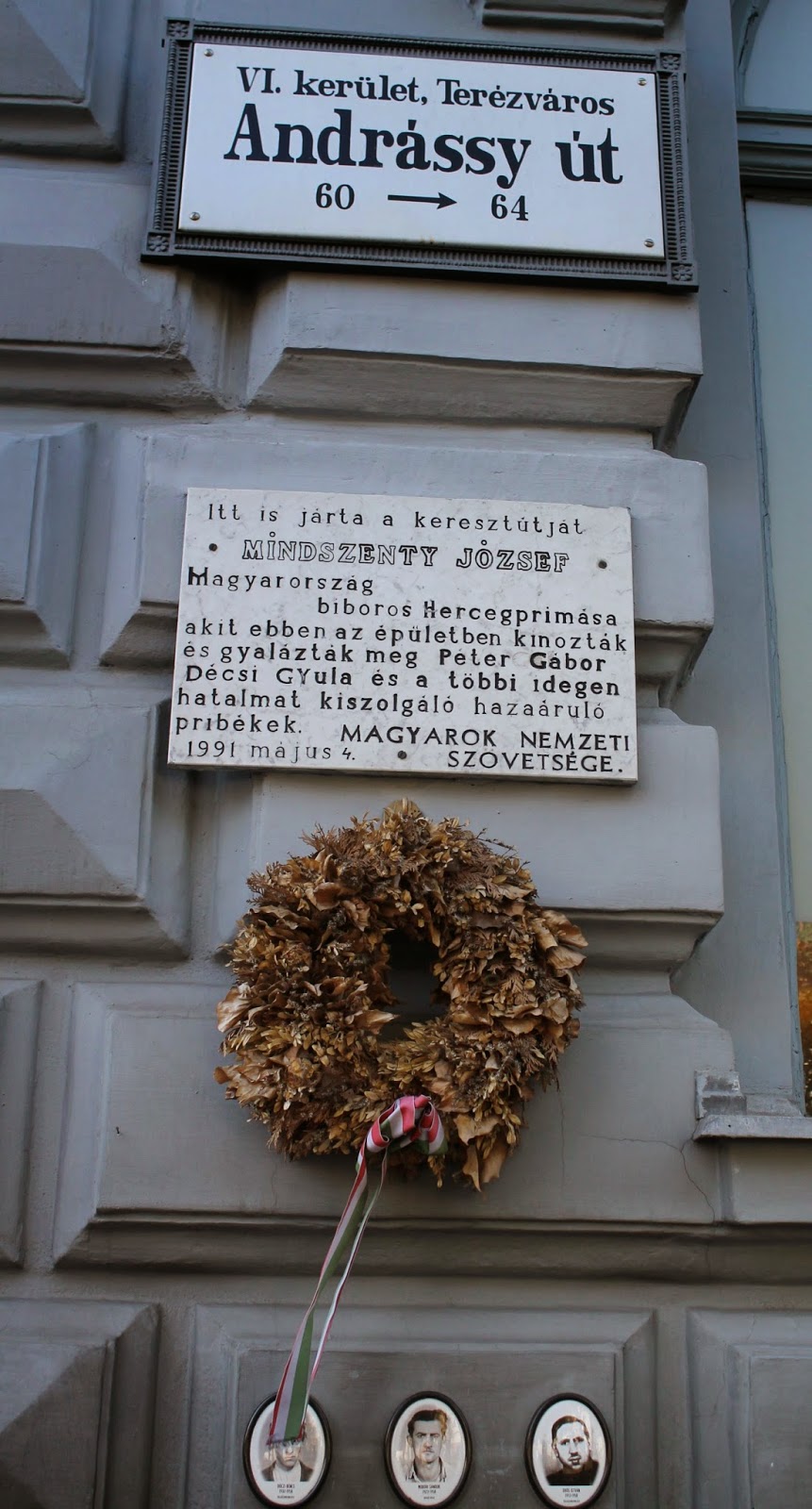 We went to the cafe after spending a couple of hours in the ‘House of Terror’ at Andrassy ut 60 which is now a museum. ‘This tree lined street connects the centre to Heroes’ Square and was full of lavish residences and stately apartment buildings’. I am quoting from the guide book.  It was named after Count Gyula Andrassy, who was a Hungarian statesman, and the ‘Neo-Renaissance building was designed by Adolf Feszty in 1880’. 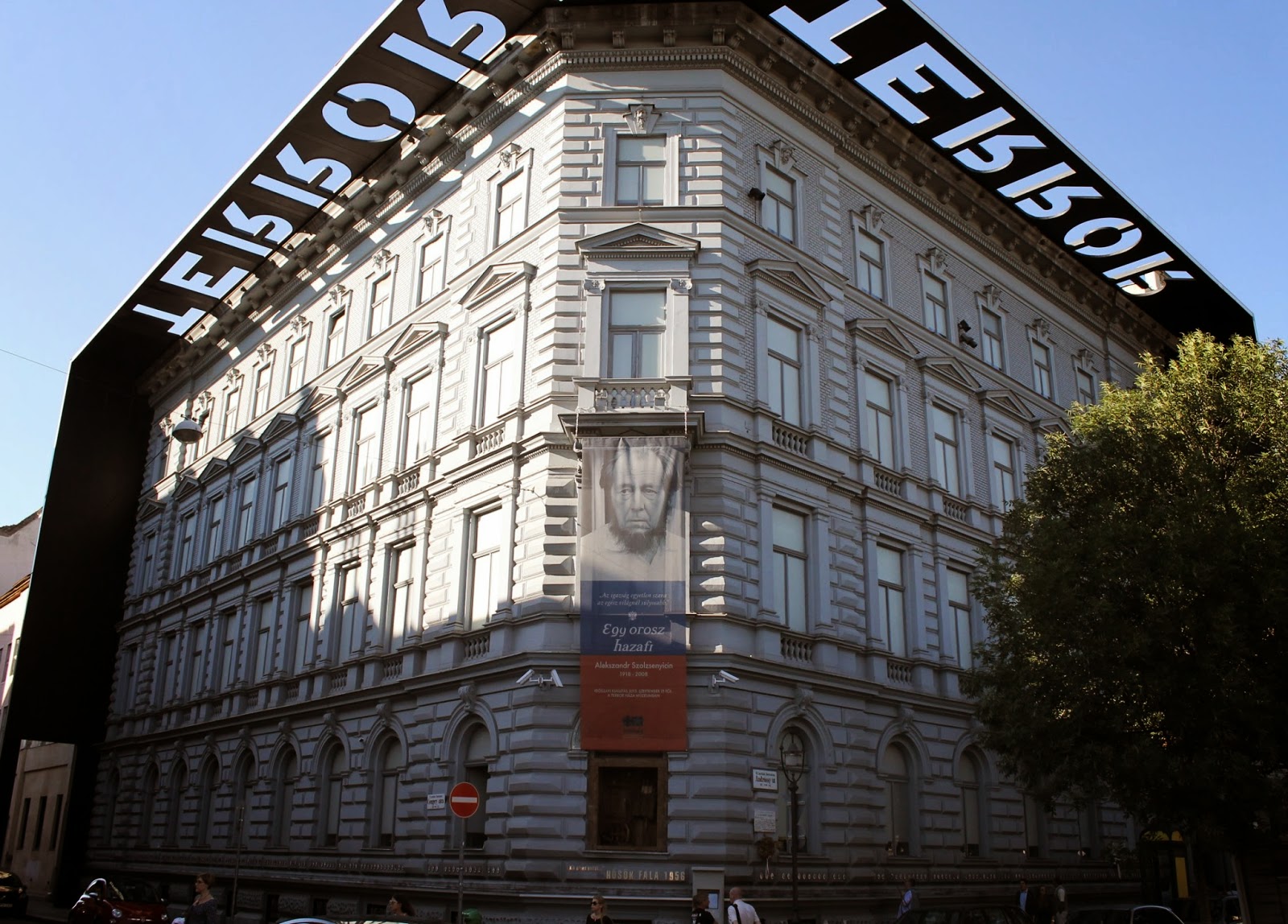 It was home to both the Nazi and Communist secret services and served as the headquarters of their executioners. What a ghastly claim to fame!

The cells in the cellar are a testament to how humans could inflict inhuman punishment on fellow humans. The guide says, “it has become a sculpture in the shape of a building, which is a monument to the victims.” I couldn’t have put it better!  It is worth a visit when you are next in Budapest.