Last Monday afternoon I went to Köpenick for coffee and cakes with some Oldies. They wanted to hear about my stay in St Petersburg for they had been there “in the GDR time”. I think they wanted to see if it had changed since ‘former times’! I showed them the photos I had taken. 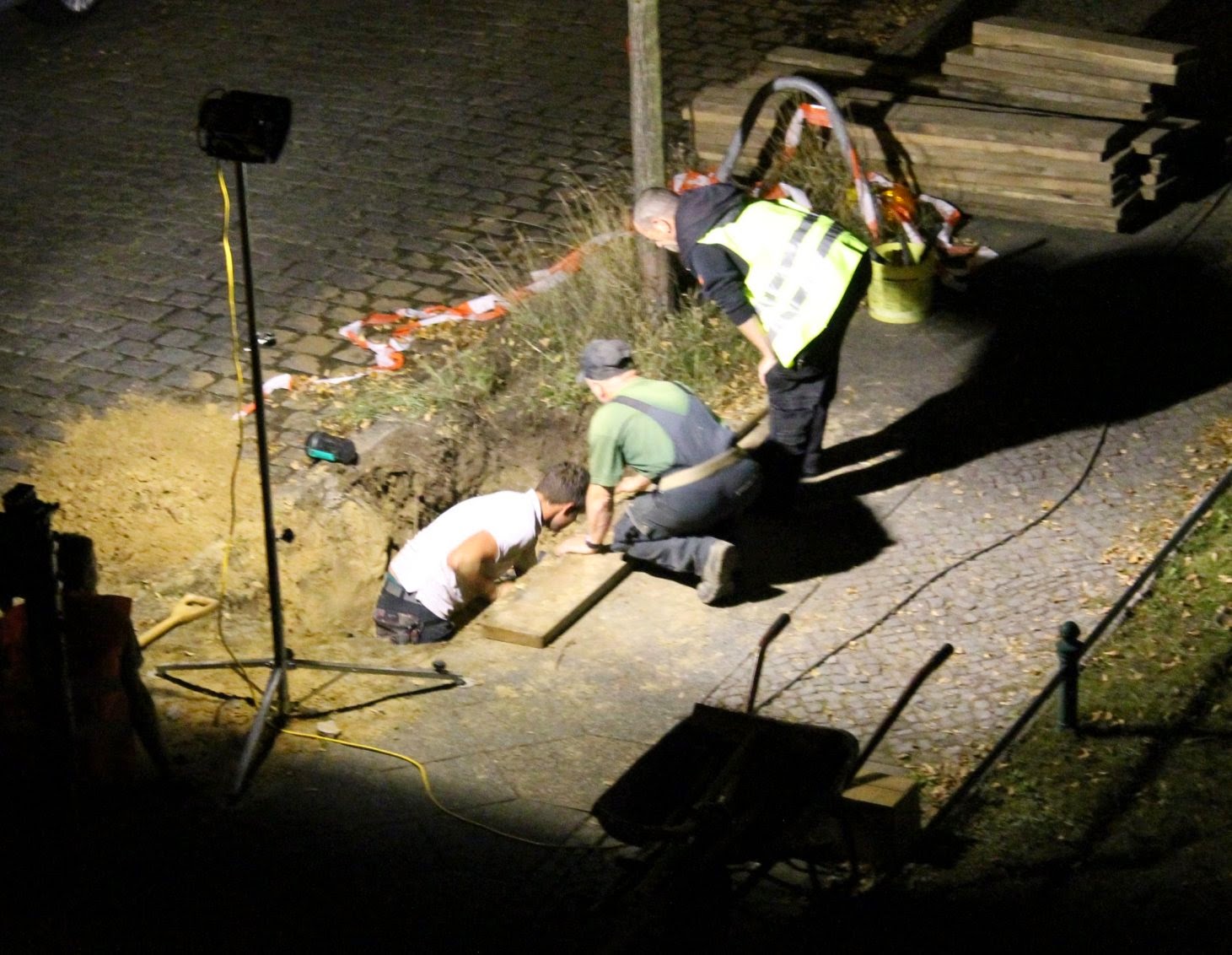 In return they relived their time there and then moved onto visits to Moscow. It got darker and suddenly supper appeared on the table to support more conversation. I arrived home at 9:00pm  to find a group of men peering into a hole near my front door.

On the door was a message from Berliner Water Company that there would be no water from 6.00pm that evening until………..and that was left blank. The reason was given as a break in a water (mains) pipe. I imagined going to bed without a wash and not cleaning my teeth and nothing to drink for breakfast tomorrow. I think you would have thought the same.

I peered at the men peering into the hole and tried to understand what they were saying. It was not easy over the noise of the generator for the light, and engine to power a small excavator. This was made more difficult because they talked in ‘Berlinisch’ of the kind used on building sites. Jan can understand but I really have to strain my ears and brain. 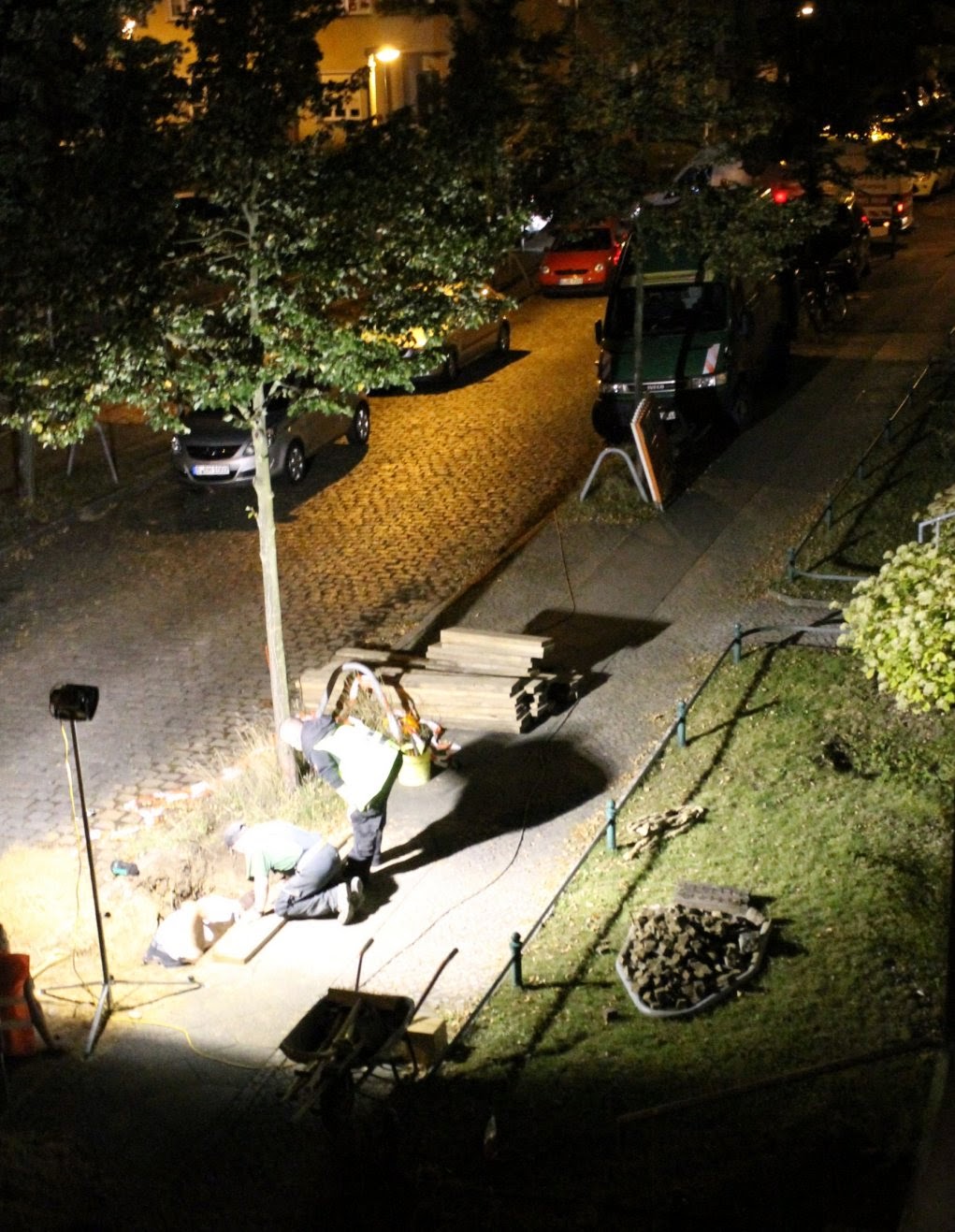 I decided the show was better than anything on TV, so remained peering at the peerers (I’ve just created a new word!)  After much digging and intensive peering, the man with the white T-Shirt pointed with his left hand towards the building site opposite and asked another peerer to check something there.

The second peerer did as requested and said the first one was right. They all stopped peering and started to smile. One even lit a cigarette! They went to the building site and started peering at a spot near the fence. What this all meant was that the problem was not at the bottom of the hole they had been peered into, but on the building site.

Apparently the big excavator had damaged a pipe that afternoon. Mr White-Shirt appeared to be The Boss for he gave all the orders. He told the others to fill in the hole and open the water pipe so we could all wash our faces before going to bed. He called someone to give news of their find and that was it.

At 11:00pm they had finished their work and drove away leaving a dark, silent street – but at least we had water! How daily life is enlivened by such small adventures 🙂