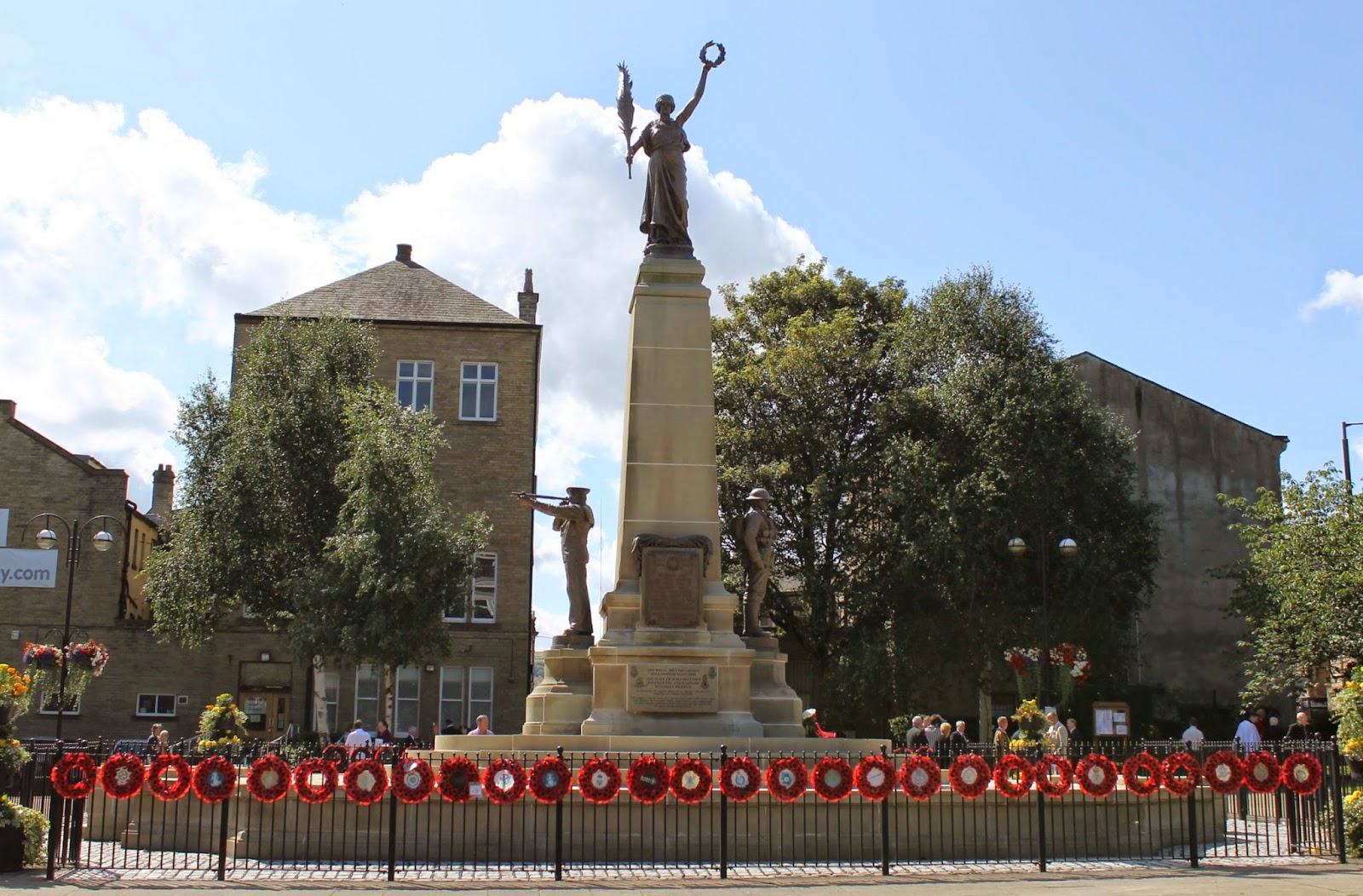 I visited Keighley a number of times. On the first Monday I arrived in the town centre to see a full military and church ceremony around the statue in the town centre. Keighley is the poor relation in the three towns forming a triangle of places around Silsden. The other two are Skipton and Ilkley. 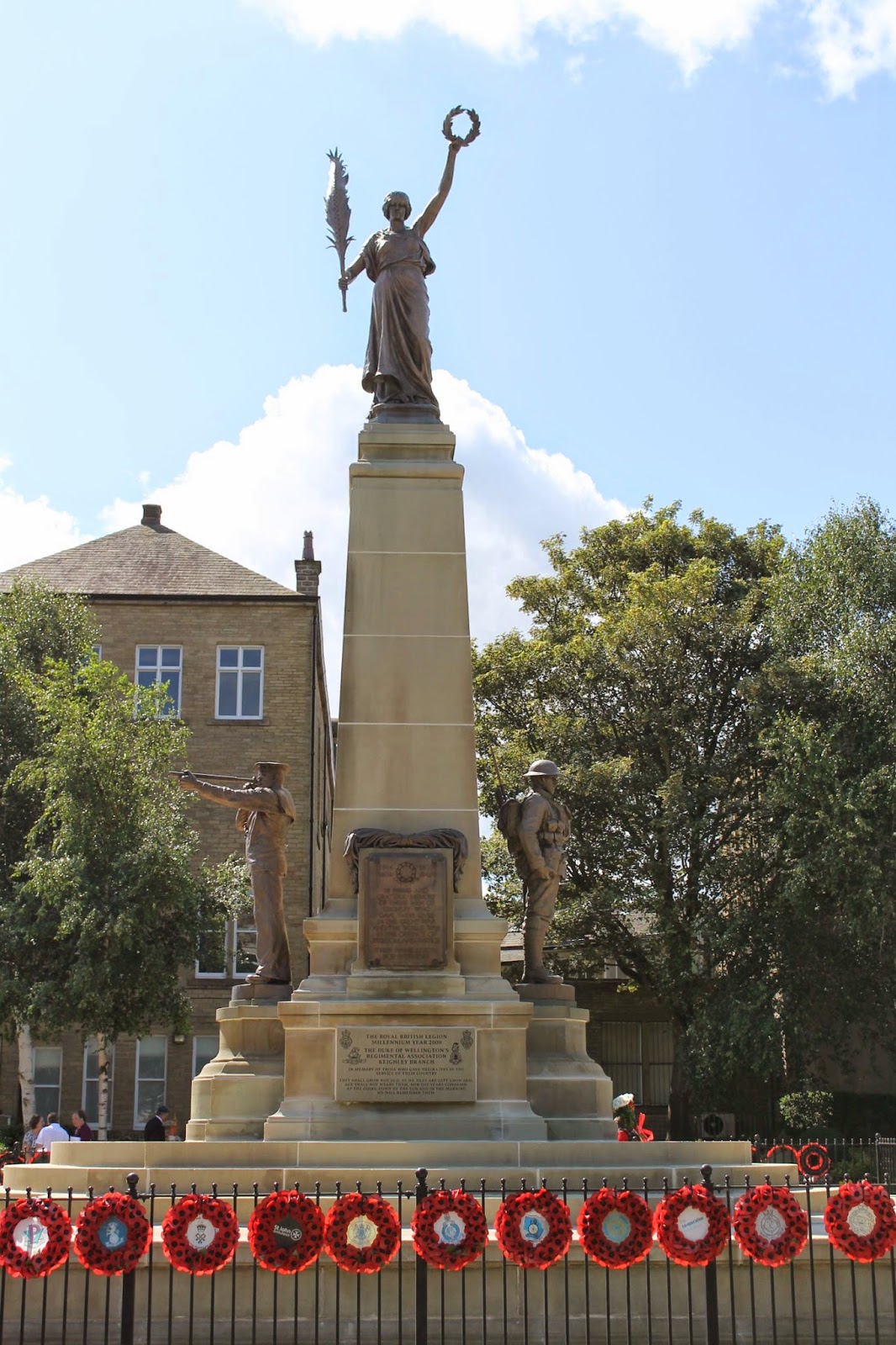 The latter are identified with middle class white British history/values. Keighley is an old industrial town based on weaving, metal and electrical industries. They were closed and I have no idea how the people of Keighley make a living. Perhaps pushing papers across a desk as so many others do. 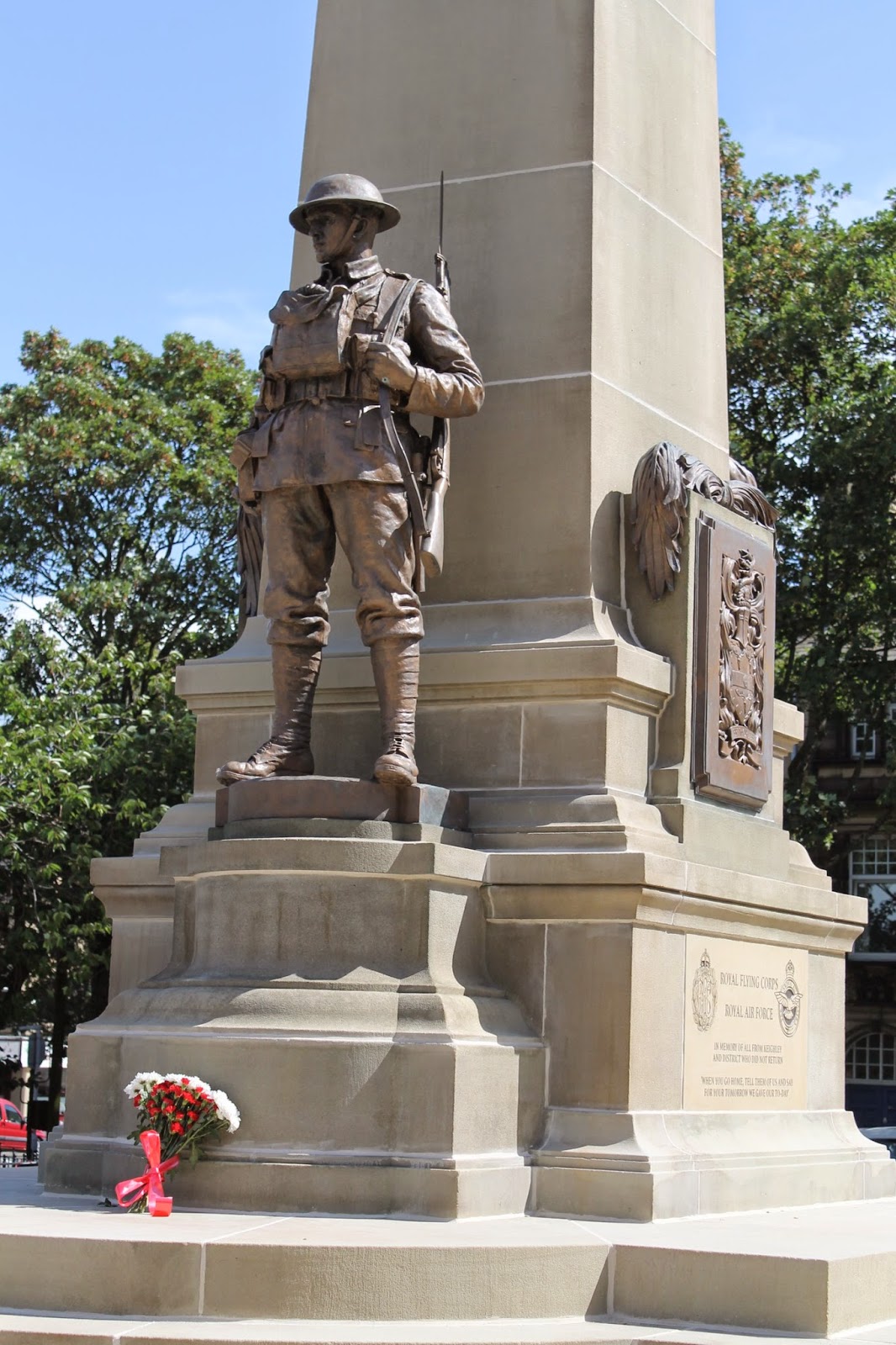 In the dying days of its industrial history in the late 1950s/60s it attracted immigrant workers from Pakistan. Their children and grandchildren are clear to see in the town as are the mosques, clothes, shops, restaurants. I noted how many speak Urdu with a Keighley regional accent! And vice versa.

On the first Wednesday of my visit I went to meet Mrs M. Green from my bank. I have got to know here well over the years and she is one reason I stay with the bank. She is now approaching retirement and loves France. She speaks very good French and her German ist auch nicht schlecht! 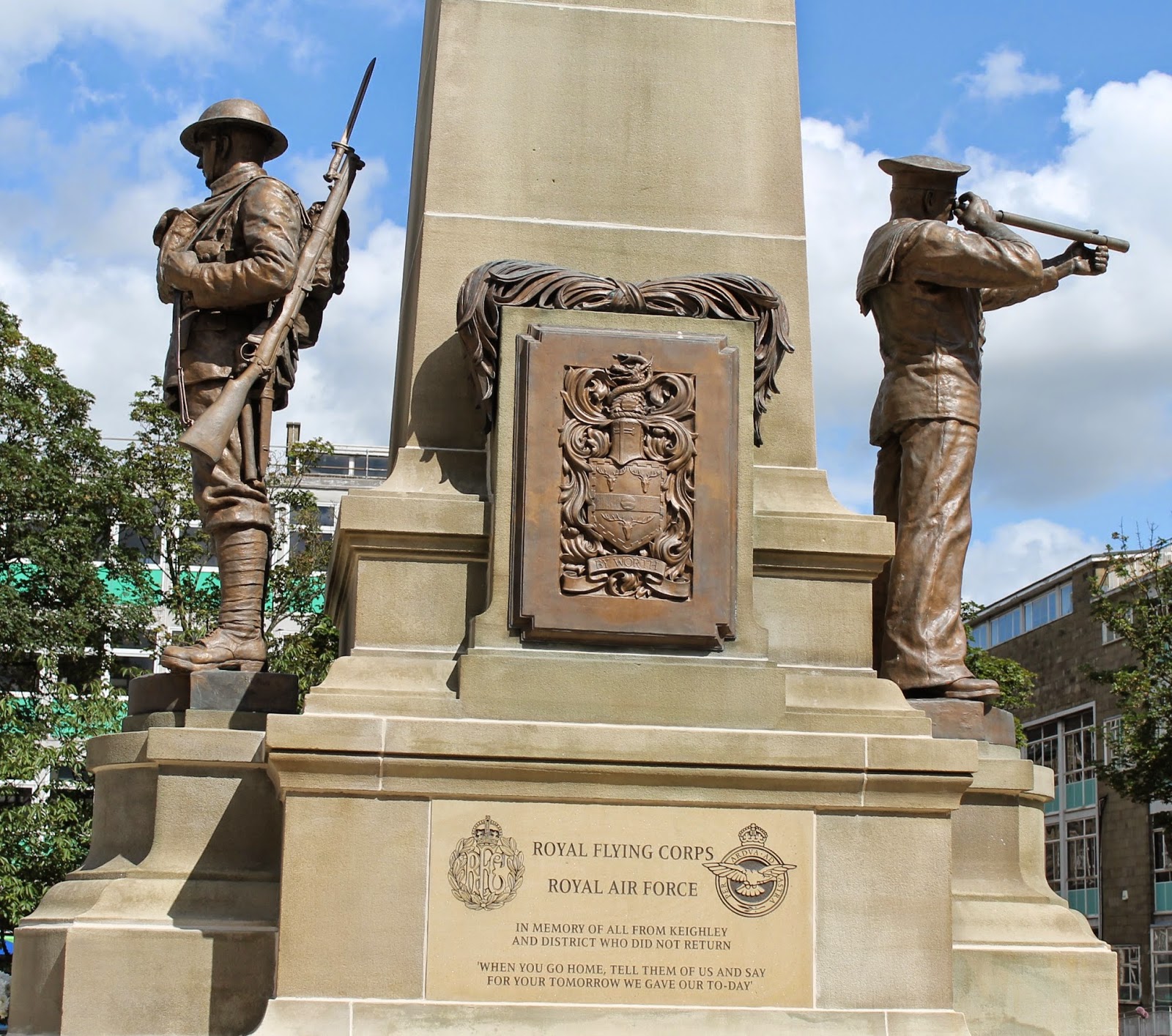 I really like my annual meetings with her. We spent as much time in personal conversation as we do in official meetings. She and her husband are planning their retirement and have just bought a property in the middle of France. We talked about it a lot. I hope to be invited there one day!

She helped me sort out a few necessary things following the British Governments order to split the bank and launch both onto the Stock Exchange. I won’t bore you with the details but it was a necessary meeting and signing of documents. We said goodbye as I gave her a bottle of French red wine which she said she and her husband did not know. 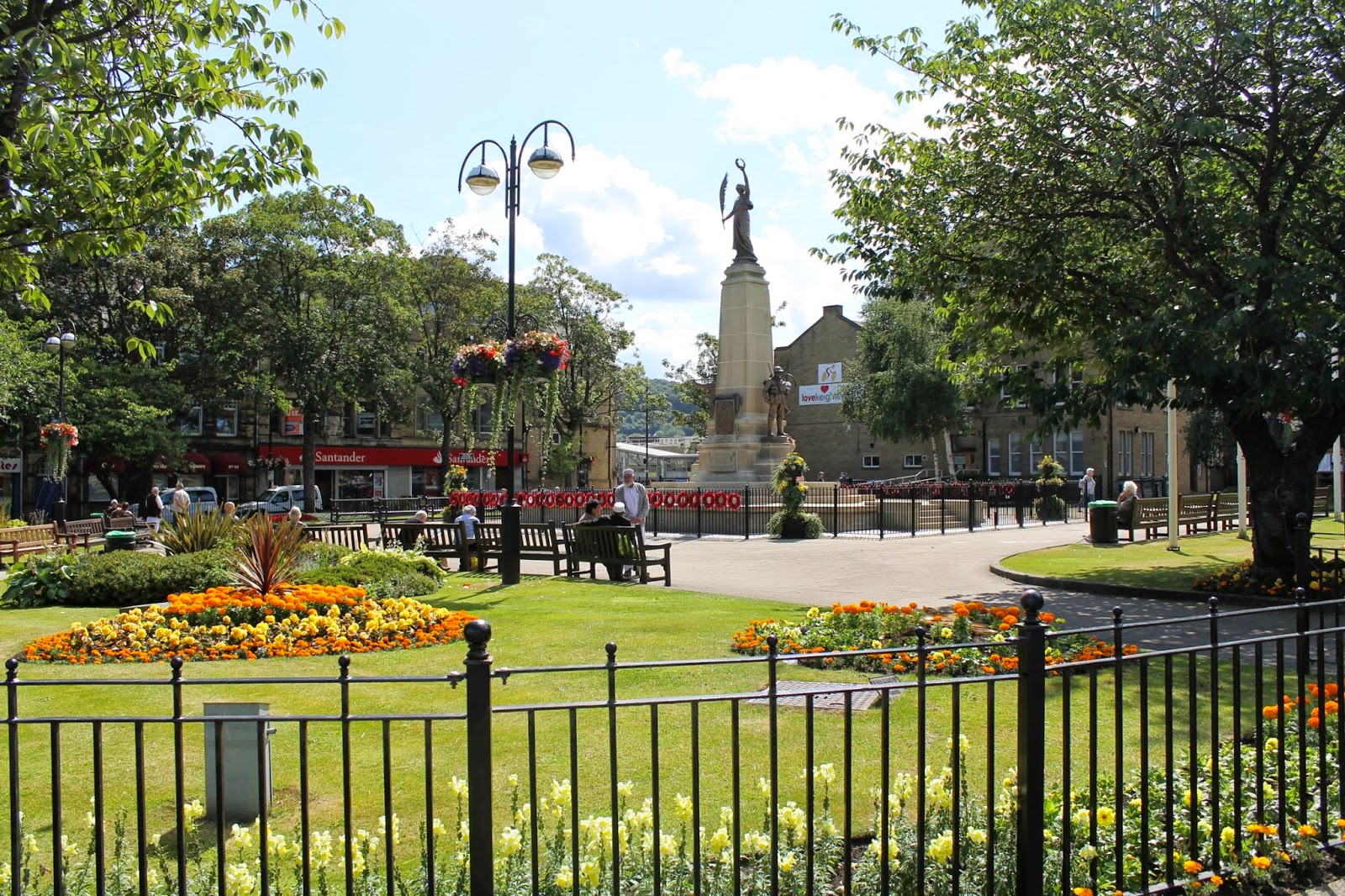 Always a pleasure to introduce something good and unknown to a Francophile! After that I wandered around the centre taking in the atmosphere and landed in the centre where a ceremony was taking place to mark the start/end of WW 1.

Lots of elderly people, uniforms, medals, blowing of trumpets. How very English thought I! Even lots of old gentlemen in Pakistani dress joined in. Days of Empire revisited? Or/And how we re-brand a certain idea of being English? What do you think?