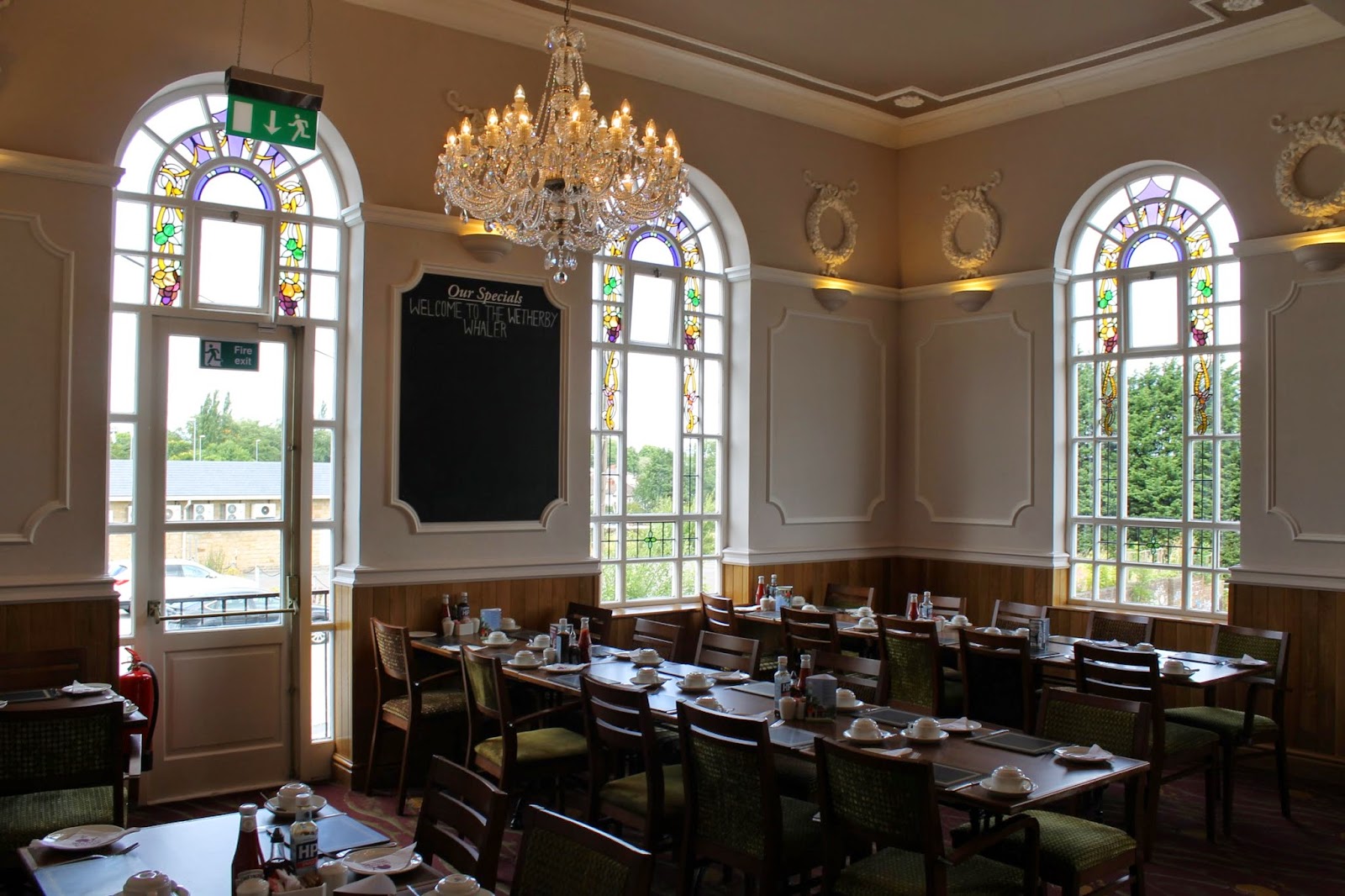 Only eat fish ‘n chips when you are in West Yorkshire. The ability to produce the best has something to do with the Industrial Revolution in the area, Catholic Church promotion of fish on Friday and not meat, plus having a number of ports on the east and west coast to deliver fresh cod from the north Atlantic.

Being able to make crispy batter is also the difference between going bankrupt or having a profitable fish ‘n chip shop. They have the best batter in West Yorkshire with recipes passed from generation to generation. 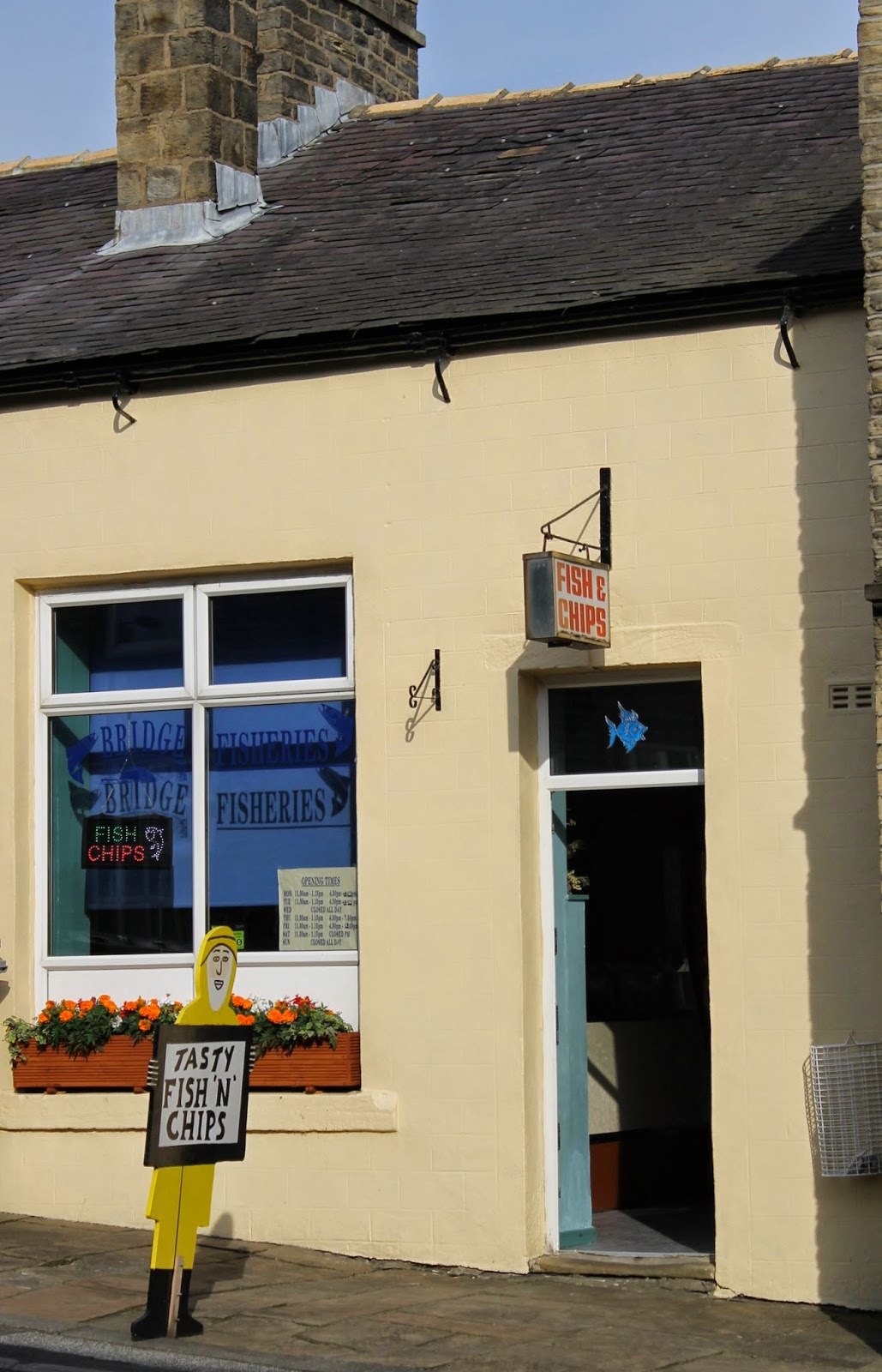 Fran, Geoff and Warren took me to the most famous fish ‘n chip shop in Yorkshire. It was my thank you for their hospitality.

It was called Harry Ramsden’s but is now known as the Wetherby Whaler. Even so, the new company has returned to the old style of the 1930’s which made the Ramsden company famous — and rich!

The food was delicious. What a pity I have to wait a year for such a culinary delight. Some places offer fish ‘n chips in Berlin but my advice is keep well away from them. The name is the same but has little to do with the quality of what is on the plate.

Alan and Lynne later took me to the local branch of this company so I was able to sample another excellent plate of their best. A bonus for that meant I had two such meals to keep me going until my return in 2015.