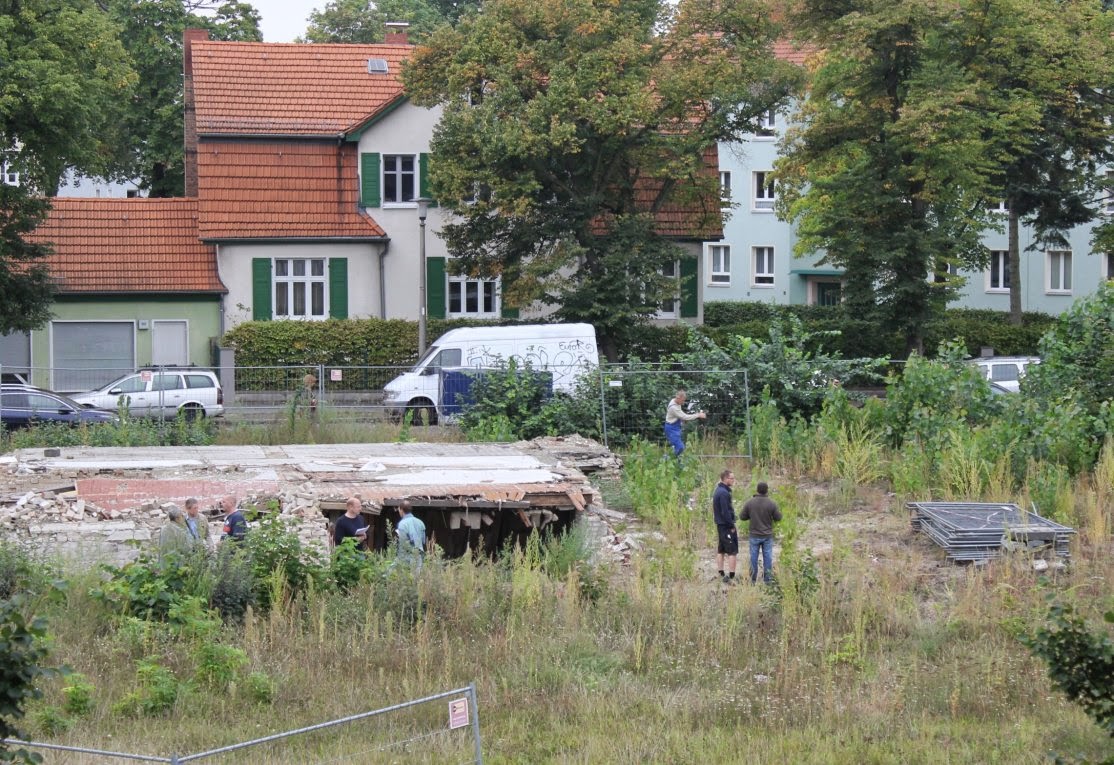 Building on the new flats/complex opposite my flat started after I woke up. Two men in overalls arrived and opened the gates to the site. Then they had a break, followed by a cigarette break, stood around for a bit, then had another break for coffee followed by staring into the overgrown site. 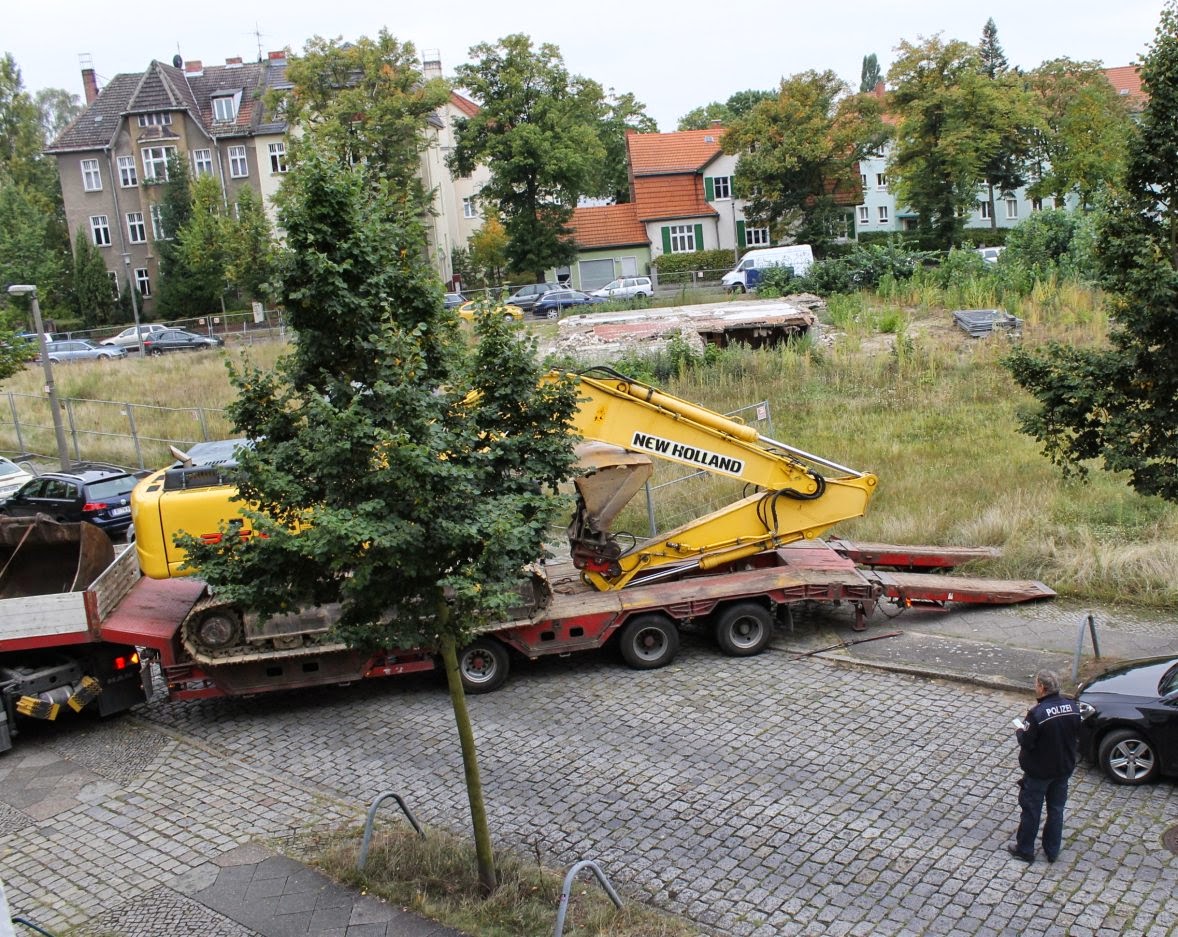 After enjoying a series of such breaks some other men came. They stood around and talked to each other. Some had documents and made notes. They stood near the cellars of a demolished building and carried on talking. They then left and the two men resumed the waiting game. 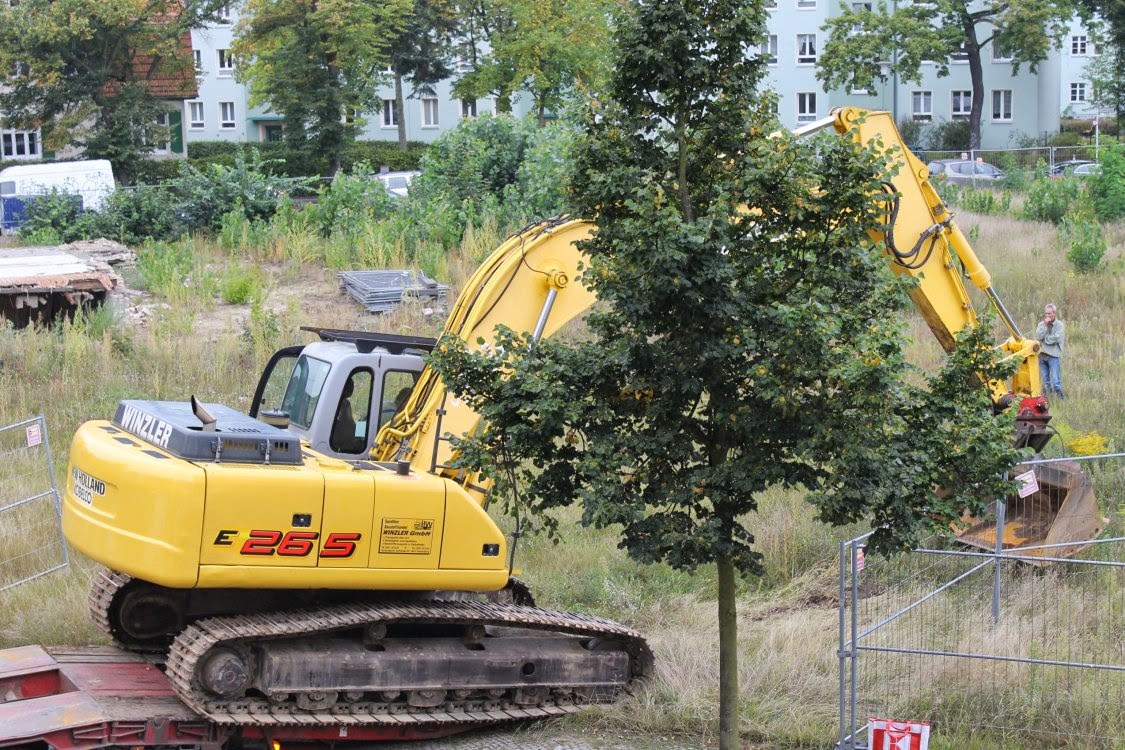 Finally a large truck with a long trailer arrived. So did a police car. They greeted each other and then  the ‘Bagger’/Excavator was unloaded. Another worker arrived in a van and joined his mates. One of the original team drove the truck away and the other two got to work on the site.

At that point I returned to the exciting tasks of getting into the day. Washing clothes, having a shower, cleaning the flat and writing a shopping list. I then took the tram to an Aldi store. I was interested in a wall mirror they advertised, but on arrival I found they had sold out. Instead I found a surprise.

The surprise was to see a large display of Christmas food, mainly biscuits and cakes. I wondered if I had landed on another planet after the flight from St. Petersburg. There are nearly 4 months before the Christians celebrate their big day. Now we have 4 months to ‘pig out’ on such sugar filled Christmas rubbish. Is it the same where you live?