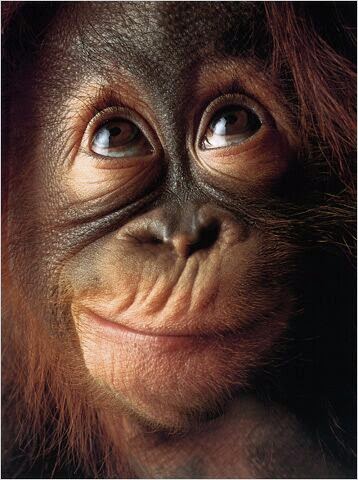 I had a very nice midday with Johanna and Colin in Köpenick. A long lunch at the SeeTerrace Restaurant. A nice view over the river in the shade of trees. It was Colin’s wish that we meet for he is flying back to Sydney, Australia on Saturday. We were his guests. Thanks for the meal Colin!

I’ve had a lazy week reading, dozing in the sun or shade, and going to local places just to get out of the flat, or meet friends. I also had two visits to my doctor. The first on Tuesday was to get more tablets to keep my blood level down. The second was this evening to get 20 syringes/injections for I am having another thrombosis in my left leg. I have to inject twice a day while in England.

Tomorrow I fly to Liverpool to stay with Barry and Pam for a while before driving to Silsden. Next week begins by seeing family and friends.  On Friday I am taking the train to Castleford to stay with Alan and Lynne. We plan a journey north to see Peter and Frieda. Peter recently had a serious heart operation so we all want to visit him. 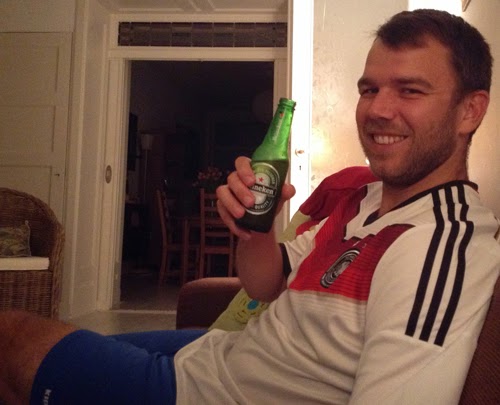 We plan a drive to Cambridge later to see my sister Pauline. She is waiting for an operation on her spine so we want to spend some time with her. We are all not getting any younger and fitter! I note that the weather in the UK is not as warm as here, so I shall be packing some warm clothes tomorrow before galloping to the airport and starting my adventures.

I leave July with my Photo of the Month. Jan sent it to me and I really like the shot. He looks well and happy for it was taken just after Germany won the World Football Championship, and he has a beer in his hand! Please note that when you buy a German football shirt in the future it will have 4 and not 3 stars on it!

Who has a birthday in August 2014? Shirley starts the month with her 75th in Florida. I wish I could be there Shirley! She shares the day with Christian D. in Berlin who will be 20.  Beatrix D. who lives just behind the town hall in Köpenick hits 41 on the 6th. Christian D, has a cousin called Jerome and he will celebrate his 20th on the 8th.

Peter and Andre in Altlandsburg will celebrate their 6th wedding anniversary on Saturday 9th August. Sorry that I can’t celebrate with them but I was at there wedding and there is a report on my blog just after I started to write it. French speaking Nicole will be 69 on the 21st, Jürgen hits 70 on the 24th, music profi Angelika hits 62 on the 25th, followed by my sister Pauline on the 26th who will be 70.

Jürgen’s partner Dieter will be 70 on the 27th and on the 28th, my dear Jan will be 31. He shares the day with Bernard P, ex-police boss, who will be 54. And that is the end of the birthday month. Happy Birthday to each and all.