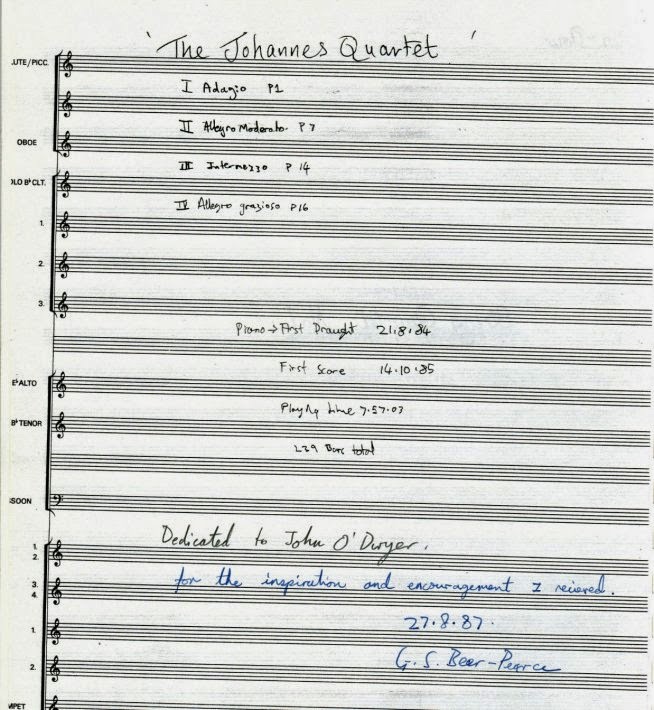 How many of you have had a piece of music dedicated to you? Come on – hands up! How many have been dedicated to me? Zero is wrong. Think again. Yes, the reader in Brighton got the answer right. It is two.

I found them in a suitcase in my cellar this afternoon. I was clearing out/making room for Marcel to store some things over summer. I knew I had the suitcase and that it was full of ‘stuff’ from Brighton collected in December of 1987, when I left for good. I just took the suitcase with me regardless of where I went. 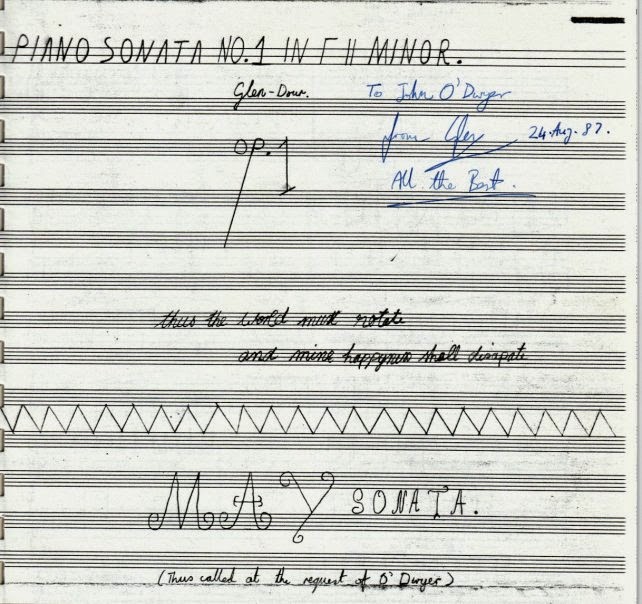 The composer of both pieces is Glen S. Beer-Pearce. I got to know him via his girlfriend, who was a ‘punk’ of no taste or talent, but had an amusing, even entertaining way of being dumb. She talked nonsense and smoked a lot.The mutual attraction was sex.  He was drifting and without work. He had considerable musical talent but didn’t believe in himself. 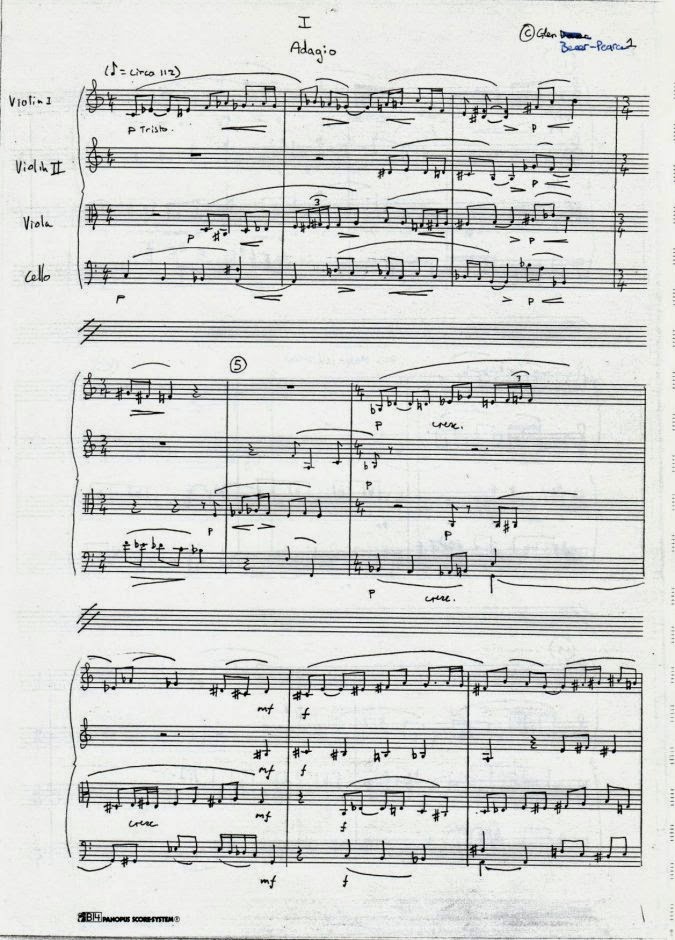 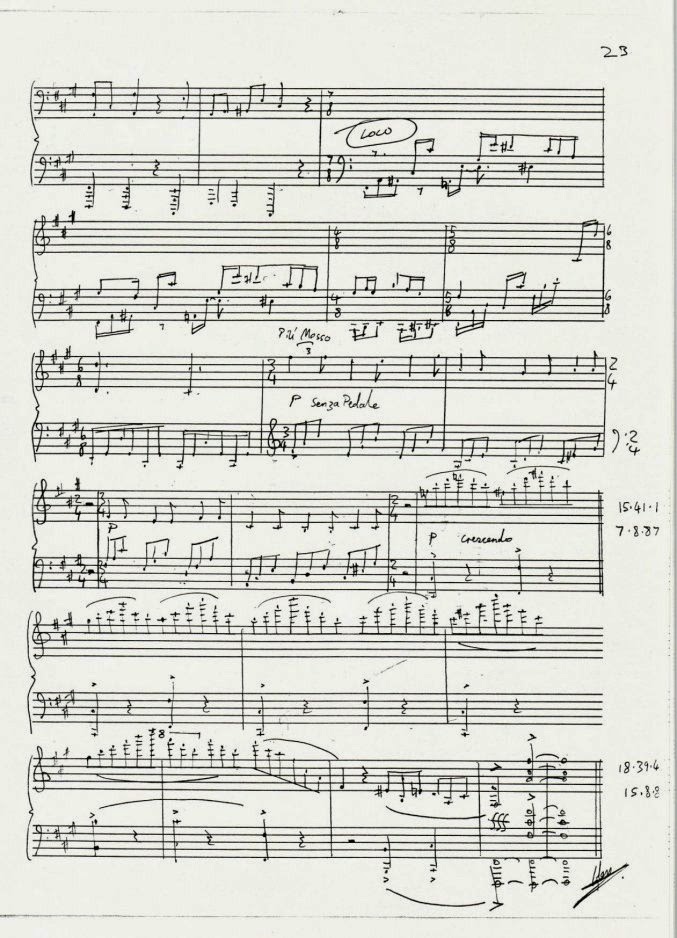 I encouraged him to study, first for ‘O’ then ‘A’ levels in music. He was successful and his self-confidence grew. He began to take composition seriously. In 1986, I suggested he study music at the local university. He laughed at the idea. I didn’t. He finally agreed to apply and was accepted.

In his first year he blossomed like a plant being watered and fed correctly. During all this time he struggled to write a string quartet. He finally finished it in August 1987. It was played at a musical event in the university and I was invited to attend because he had dedicated it to me.

On finding out I planned to go to Germany he called his String Quartet No. 1 ‘The Johannes Quartet’ and wrote, “Dedicated to John O’Dwyer for the inspiration and encouragement I received. This was followed much quicker by his Piano Sonata No. 1 in F# Minor. Again dedicated to me which he played to a gathering of family and friends just before I left for Germany.

Thanks Glen. Happy memories. Unfortunately we lost contact with each other but I am sure he has made a successful career as a musician and composer. Sometimes it is nice to find old memories in a  suitcase! Now rush to your cellar and see what you have forgotten 🙂