Phew, but it’s hot. We’ve had blue sky, sun and temperatures up to 32°C for the last four days. Today it got to 34°C and it should be the same tomorrow. Lots of families on public transport going to green areas with water or public swimming baths. Great for letting the kids cool off. Father can always do that with a cold beer, but they can’t.

I have just returned from a nice lazy long Sunday lunch in the Ratskeller under Rathaus Köpenick. This is the restaurant under the town hall. I met Oldie H. who I told you about in earlier blogs. Worries about his health following heart operations. 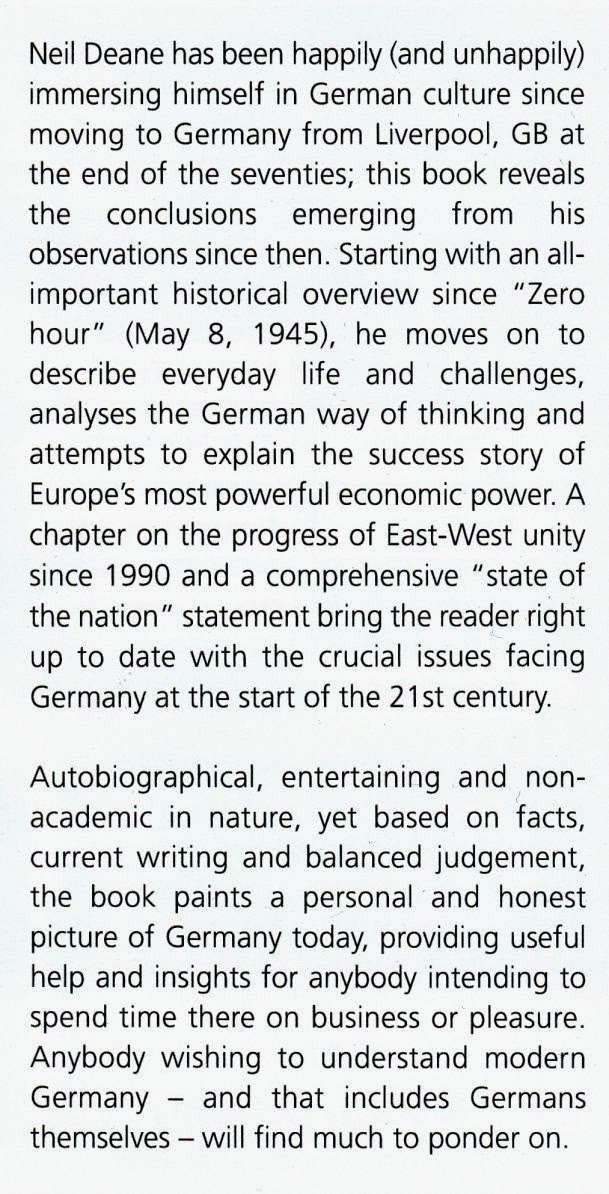 I was surprised to note he had lost even more weight, looked old and ill and slurred words in the way some old people do. New glasses as well for his sight is clearly getting worse. Even so, it was nice to see him and we caught up on news over delicious traditional German dishes, washed down by a local very cool Bier! We agreed to meet next Sunday and hopefully go on an excursion out of town. It depends on the weather!

When escaping into cool parts of the garden to escape the sun, I did so with a book. I think I told you I was currently reading four books. To this I added a fifth and it has accompanied me into the garden. I bought it recently just after it came into print. It is by Neil Deane, and called, “Modern Germany: An outsider’s view from the inside”. ISBN:978-3-86386-713-3. €12,99 which is about 10 pounds Sterling.

I have read 97 pages so far while hiding from the sun in the garden and can recommend it to any Brit who is curious about life and living in Germany. It will make you think and smile. It is based on Neil’s experience of living here for more than 35 years, including those as a language student in the GDR.

I met him in Berlin about 20 years ago when I co-founded the English Teachers Association. He was an early member and activist. At one time we lived in the same house owned by the publishing company he then worked for. He is now a lecturer at The University of Essen. Neil comes from Liverpool so you will find numerous examples of his ‘scouse’ humour! Go on – buy a copy!