I had a very memorable lazy Sunday yesterday. It started the day before. Marcel arrived on Saturday afternoon for an evening of chat, cooking, eating, drinking and watching a new film. We caught up on news for a couple of hours before finding a Hungarian recipe. 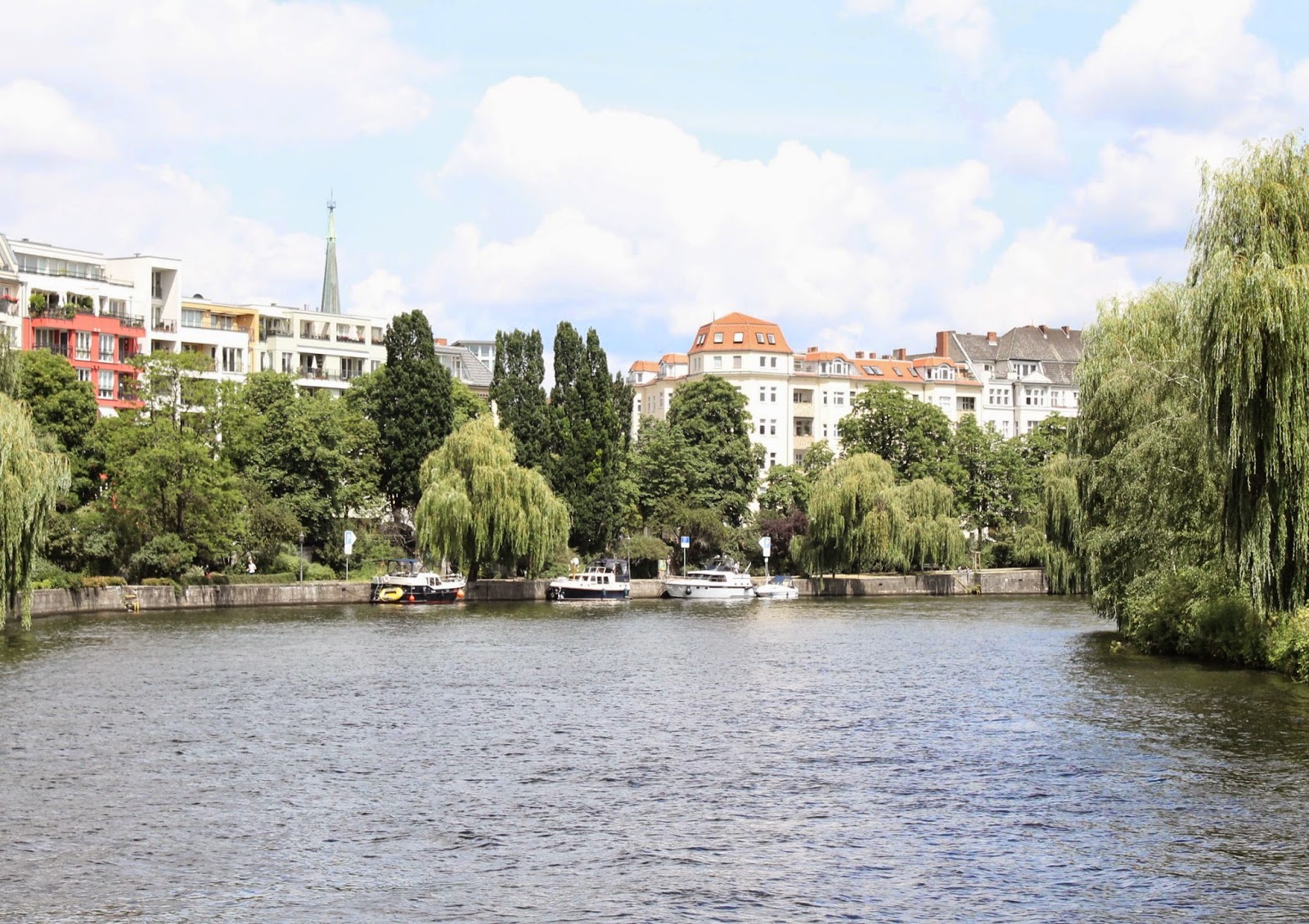 It was for home made noodles added to a sauce made from milk, eggs, fried bacon and sliced tomatoes. Add spices to taste, put on plate and eat! Mmmmh tasty with a glass of white wine. We later watched a new film made in Ireland. Very interesting and it seems that Ireland is host to a new wave of film makers/producers.

Sunday started with waking him at 11:00am, lots of laughs as he shared jokes on his smart phone and then at midday the bell rang. It was Ian. I introduced them to each other and they got to know each other better over a relaxed breakfast.

Quick shave, shower, clean clothes and we were ready to join Ian for an excursion. We decided on Friedrichshagen and the walk to Muggelsee. The weather threatened rain so the planned bicycle tour was cancelled. We slowly walked down the mile long street until arriving at the lake. Ian said it was the first time he had been there. We found a restaurant offering typical Berlin meals. A transvestite sat behind us with his grandmother and it was interesting to see the stares and comments made behind hands so you couldn’t hear what was said. The food was very tasty and the staff let us sit and just talk without having to order more food and drink.

We walked to the S-Bahn to start our return journey and I took this photo with my old digital camera. Still works but I need more time to work out how it functions. I am used to my new camera now.  A very pleasant and relaxed day just unfolded without any planning.

Ian is preparing to pack his bag as I write these words for his return via another town in Germany then London before the long flight to Australia. Thanks Ian for such a pleasant day and have a safe flight.