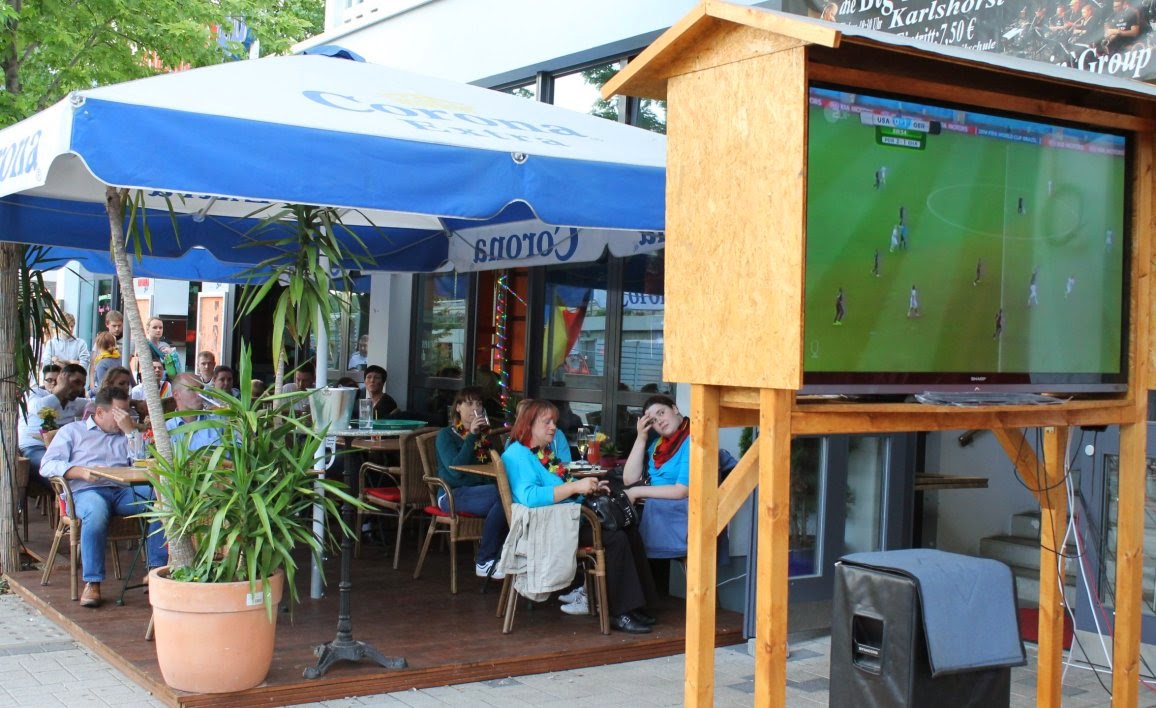 Germans held their collective breath this evening as they switched on their TVs to watch Germany play the USA in the World Football Championship. After saying goodbye to Ian, I arrived home in time to watch the opening of the match.

It was pouring with rain as the game started and I wondered if this would play a part in the outcome. It stopped raining as the game progressed with no result at half time. I then got onto my bicycle and went to the Havana Bar in front of out local S-Bahn. 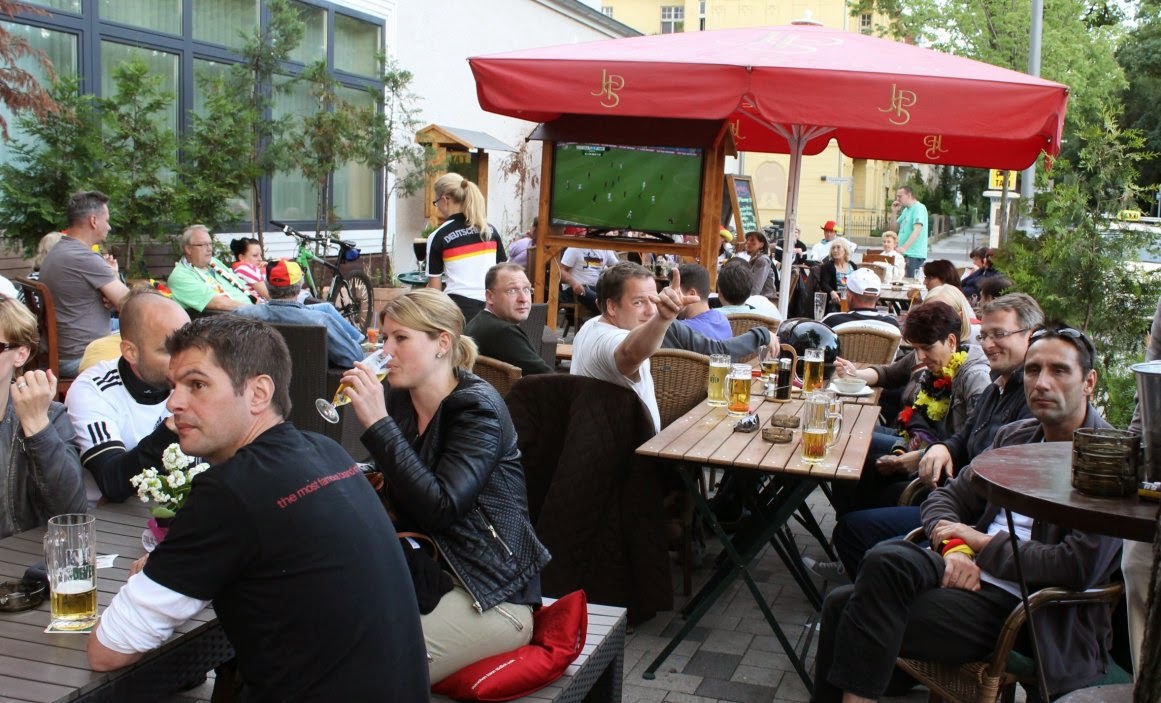 Members of the SPD Migration and Integration committee had agreed to meet there to watch the game and then have a short business meeting after it was over. I met them and settled into the second half. As I ordered a drink, Thomas Müller scored the only goal of the game.

I thought the USA team played well and were much better than a few years ago when they played in the World Championship. Their trainer is German and was the trainer of the German national team before he went to the USA. Bit like being in a big family!

I took a couple of photos so you could see how my neighbours like to sit outside, drink beer, eat and shout encouragement at the national team. I really enjoyed it!