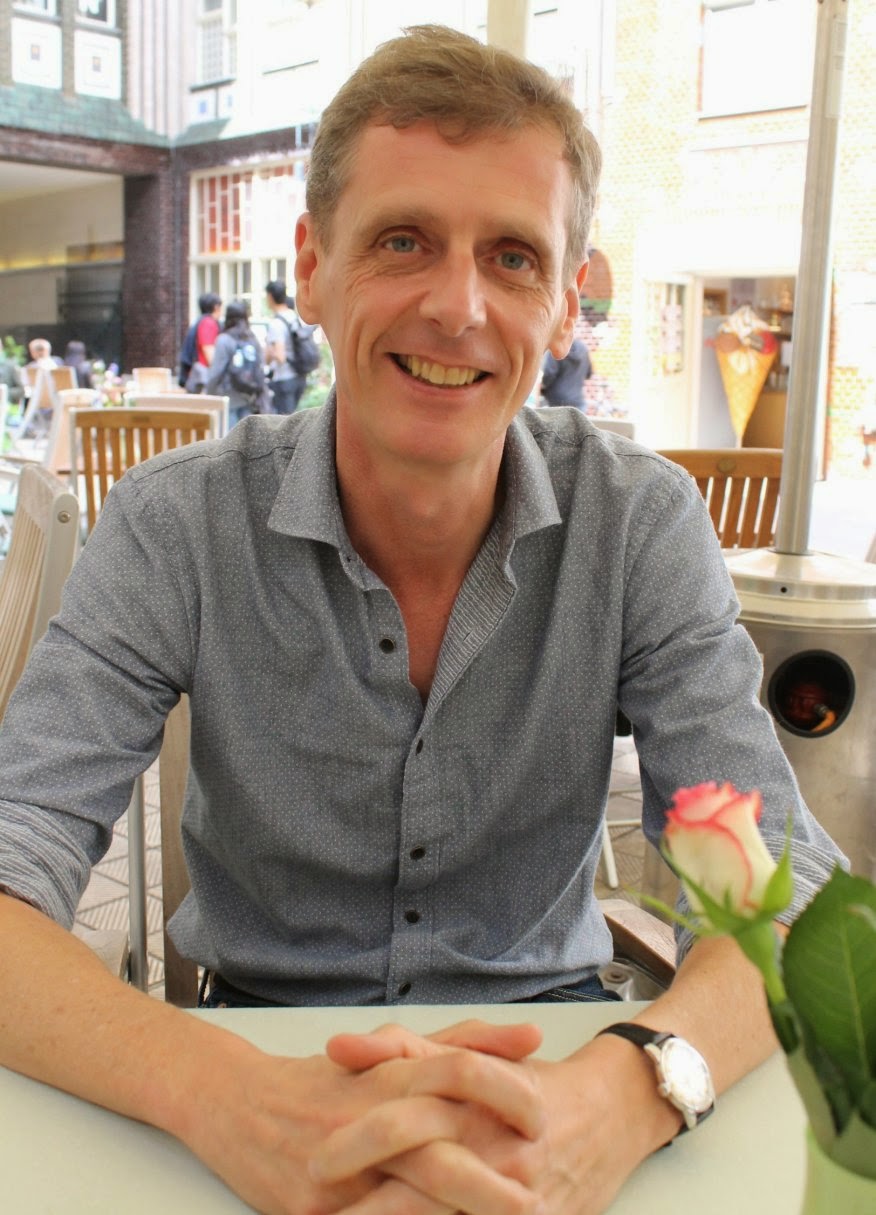 I told you that after Emily and Ferdinand left Berlin I would be welcoming another visitor. We met today at 12:30pm on the platform at Hackescher Markt. Ian looked just the same as he did last summer when we met at Mike and Sylvia’s house in Brighton for a small uni reunion.

Ian now lives in Sydney, Australia, and if you have a good memory you will remember that I stayed with him, and his better half Birgit, in Beijing nearly three years ago. I plan to visit them next February, but that is another story which I am sure will be reported as work in progress on this blog.

We walked around the area and finally selected a restaurant where we could sit outside. A very pleasant fish dish was consumed, with a cool white Mosel wine in my case, and lots of chat as we caught up on news. 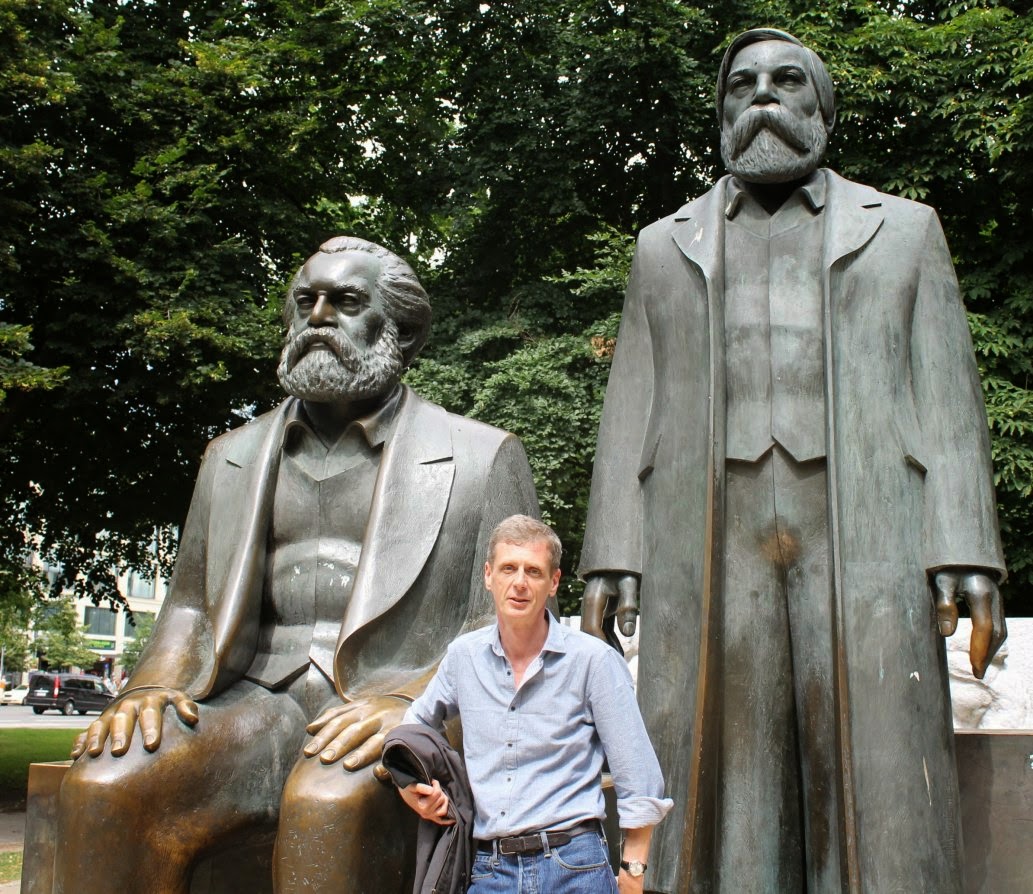 We then took a long slow walk along the banks of the river Spree which flows through the centre of Berlin. Ian took every chance to use his German. I was impressed at his knowledge given that he can’t use it where he now lives. He used to live in Berlin and that is where he met Birgit.

At the end of the walk we selected a cafe on the banks of the river in Nicholai Viertel. This was the original settlement of a few hundred houses that was called Berlin. Lots more chat as we enjoyed strawberry cake with coffee.

Later we walked through a park in front of Berlin Rotes Rathaus = Berlin Town Hall. There we met two famous statues. There was a queue of tourists waiting to have their photos taken with Karl and Friedrich. I took this of Ian with them.

We are meeting again on Sunday for a bicycle ride through an area to the east of Berlin which Ian has not been to before. Hope the weather stays fine and warm.