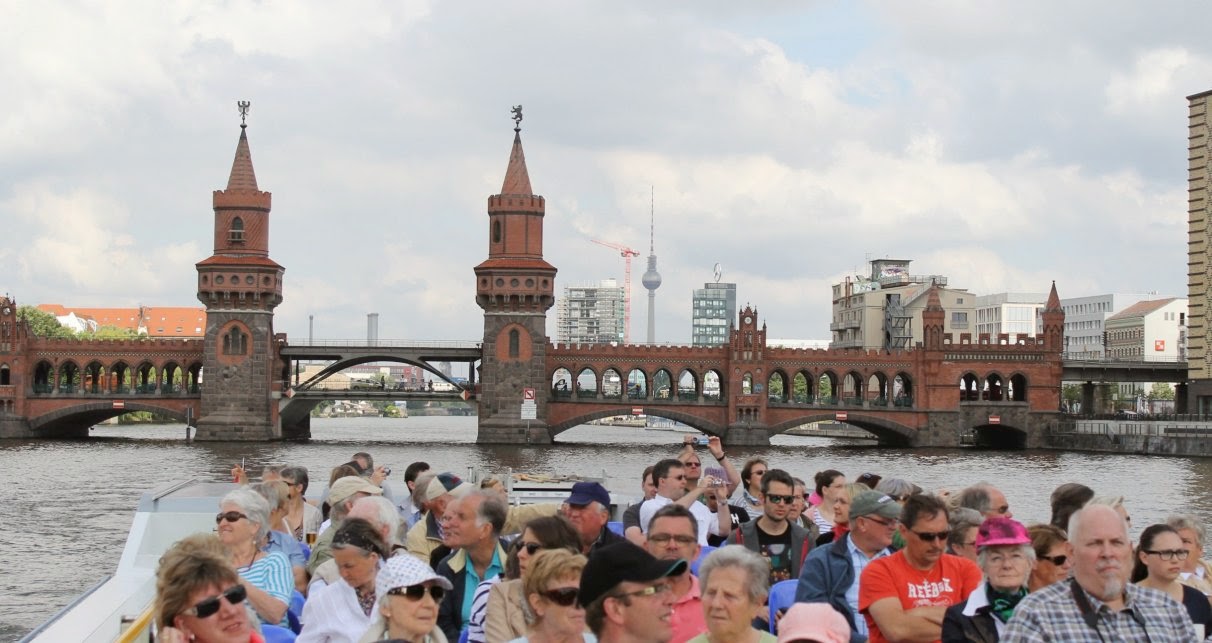 On your next visit to Berlin, think about taking a boat tour. When I first came to Berlin I did just that. I did it again yesterday with my SPD Oldies. Very nice day and the weather played a positive role. Get out your map of Berlin and I’ll show you.

Finger on Alexander Platz. Move finder down a bit and to the right on the S-Bahn line. Stop when you get to SB Jannowitz-Brücke. Get out of SB and go to ground floor. You will find a bridge crossing the River Spree. Go over the bridge turn left. Walk to end of bridge and you will see the large Chinese Embassy. 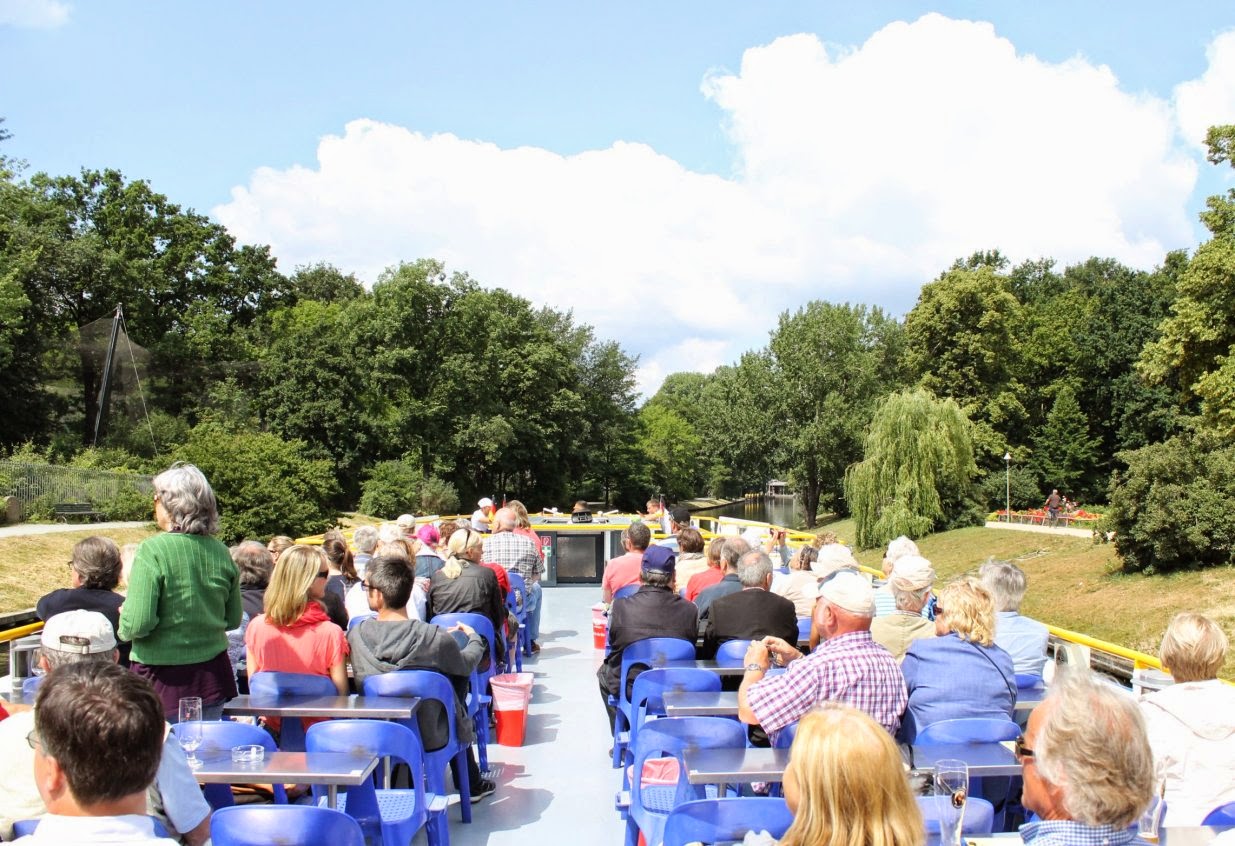 There is a little road on your right. Usually there is a police car and two bored looking officers on the corner. Walk down this road for one minute and you will arrive at a sign for Reederei Riedel. Stop for you have found the place to pick up a boat for the tour.

We all met up at 10.00am and got on the boat ten minutes later. It left at 10:30am with most of us sitting in the sun on the open top deck and chatting away. Not long before service arrived and most ordered coffee, including me. 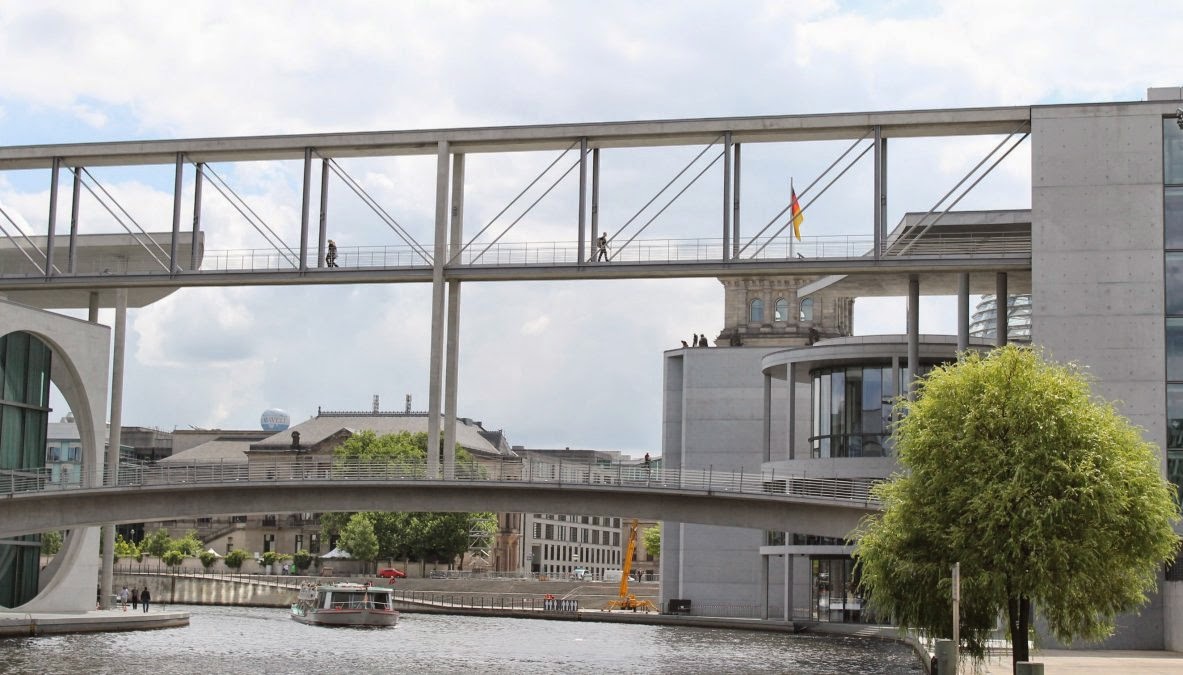 Relax as the boat takes you down the Spree, past the East Side Gallery, O2 Concert Hall and under the Oberbaumbrücke. The ship then turns right into a long canal that will eventually take you back to the Spree, but way over in the west of the city.

As you sail down the canal it will take you under countless bridges many of which are only about one foot above your head as you sail under. Don’t stand up! Relax for about 90 minutes and enjoy the views. Berlin looks very different from the water. 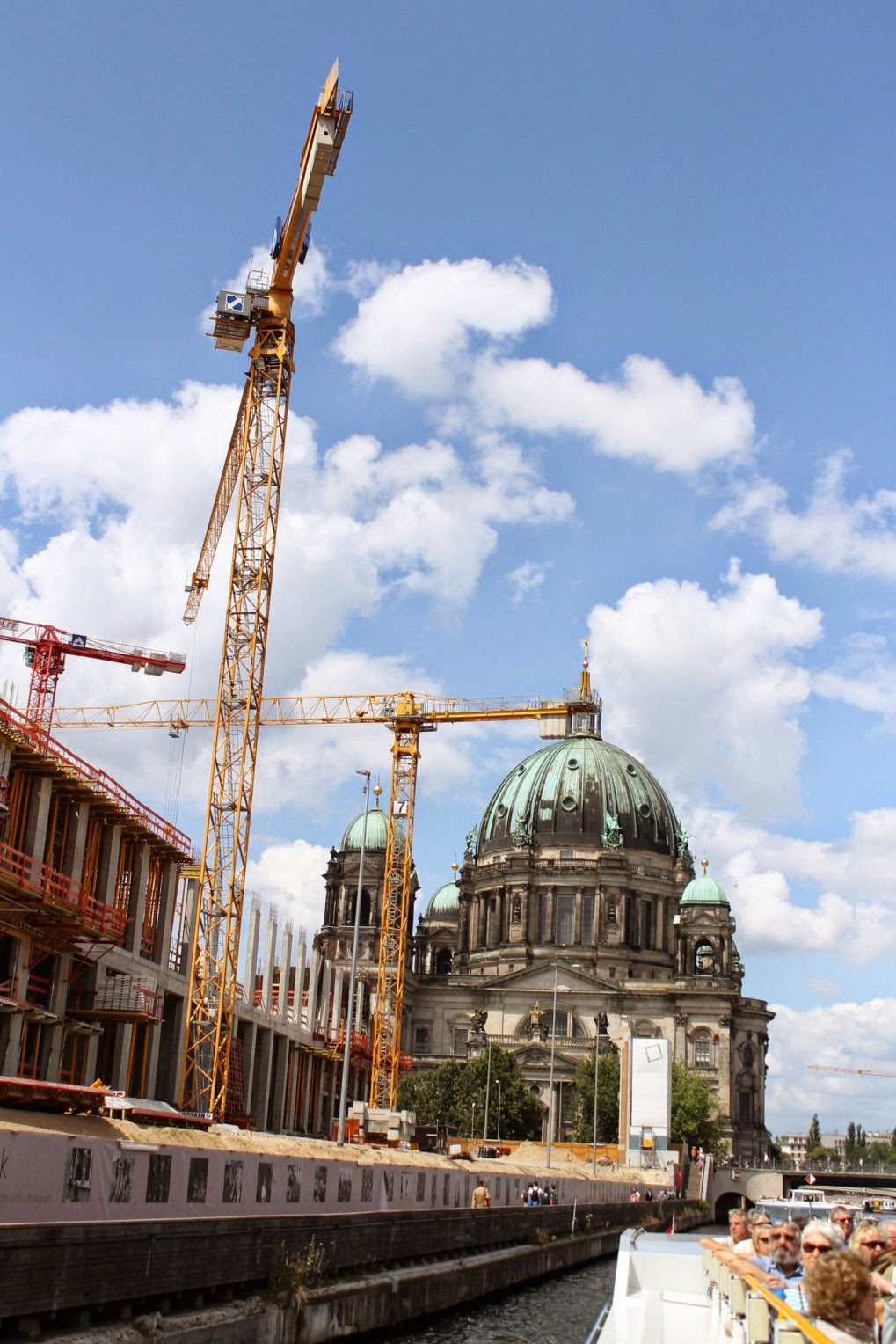 Eventually you will emerge into the Spree at Alt-Moabit, move your finger to the right along the river as you head east towards the centre. It will take you past many of the famous tourist sites and buildings including Schloss Bellevue where the President of Germany lives. You can also see the back garden of the place where the German Kanzler works.

Keep enjoying the sights as you go past the largest railway station in Europe called Hauptbahnhof, then past Friedrichstrasse station and Museum Insel, then past the modern architecture of the new buildings for central government ministers and workers.

On the right you can see the old Protestant Cathedral with building work to erect a new/old  version of the City Palace. I would have preferred a garden on the site for ‘we’ citizens, but that is a long story.

Nearly there! Through a large sluice/Schleuse and within five minutes you are back where you started. The tour takes nearly four hours and you can get meals as well as snacks and drinks. Good service, good company and weather made it a memorable day. Try it!