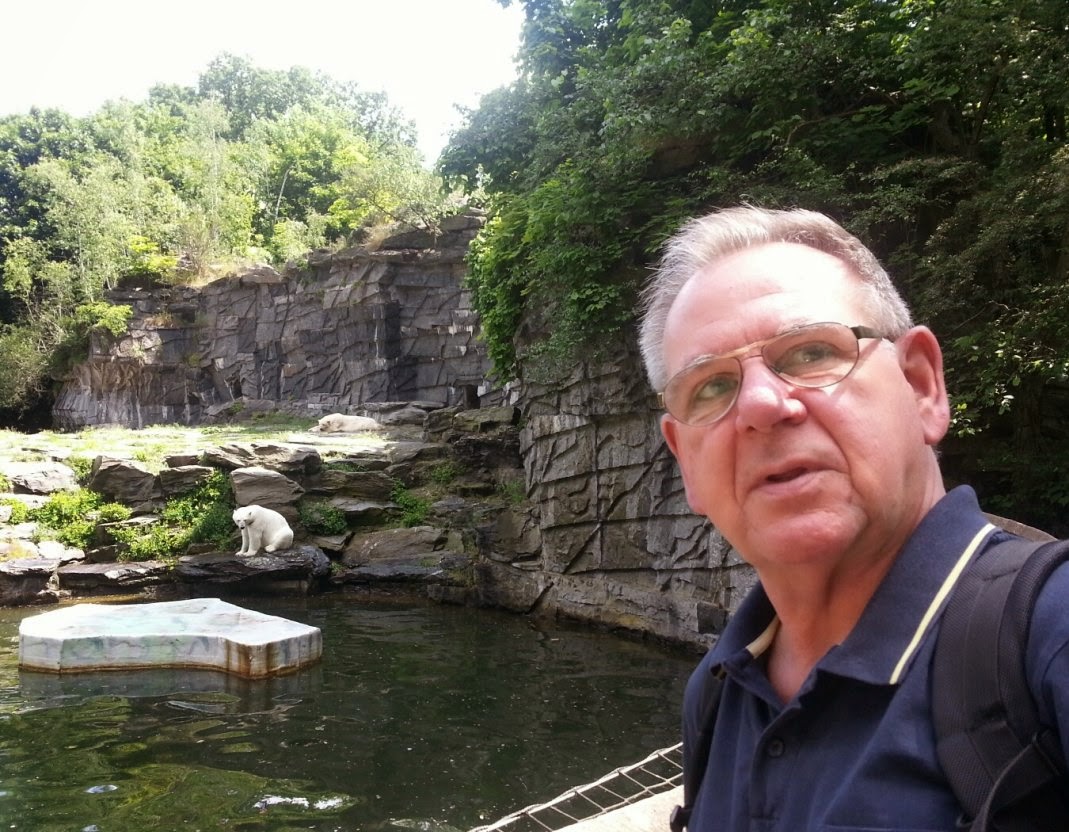 Berlin has two zoos. One is in the west and called Berlin Zoo. The other, dating from the early 1950s, is not far from where I live. It is called Tierpark and is in the east. Tier means animal in German and you know what park means so you don’t need me to translate!

Stefan and most of my Friday Photoshop gang had agreed to meet there at noon. I duly arrived two minutes early and carrying my training clothes/shoes in my rucksack. I didn’t have room for my camera so Stefan kindly took these photos with his Smart Phone camera and sent them to my e-mail address. Modern technology!

The day got warmer as we wandered through the area. In terms of area it is the largest zoo in Germany and the word park is appropriate. The animals live in a very large and green park. Even so, I often felt sorry for those who should be galloping over large areas rather than pacing up and down in a nice green field/area. 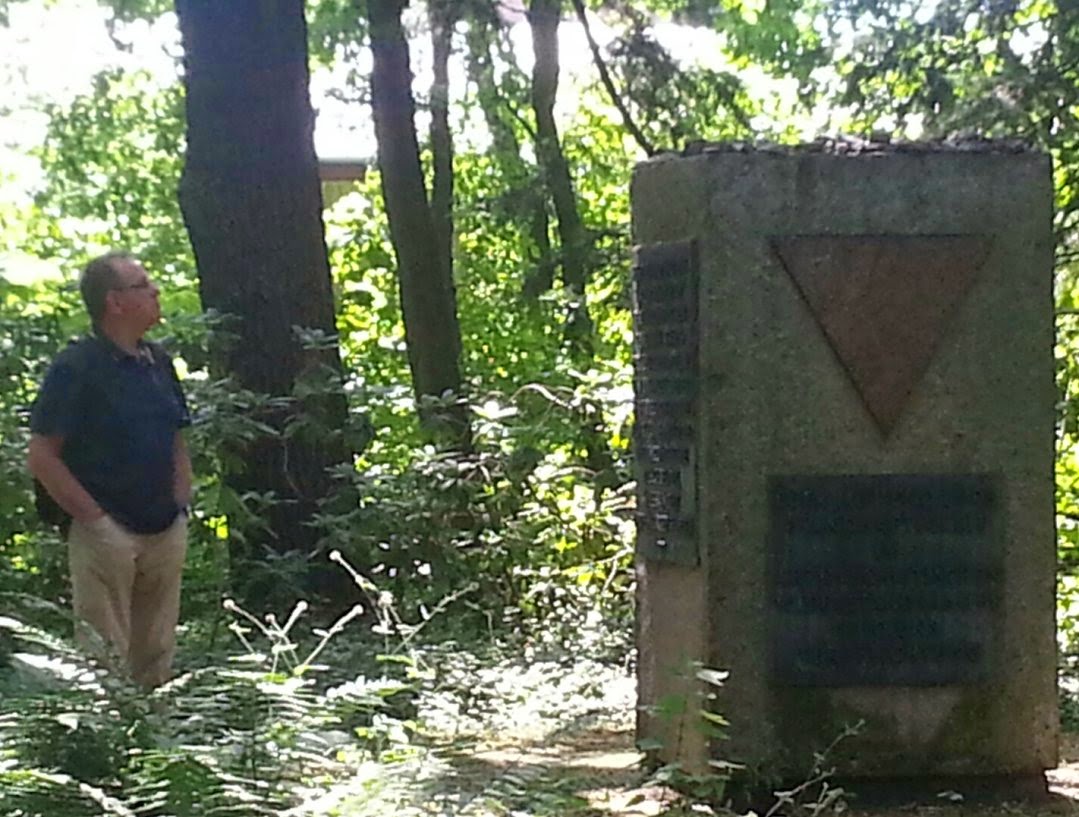 All went well until we looked at animals from India including water buffalo. They were swimming about and clearly having fun. One of the group wanted a closer shot with her camera. She stepped into a hole in the ground, fell forward, hit her ribs on a low fence and fell to the ground.

Big shocks for all! Her husband was the first to help then others picked her up and helped her onto a bench. Result was we called an ambulance and she was taken to a local hospital to see if she had broken any ribs. I hope not.

I did not have time to continue to the German-Russian Festival being held in my area for I had agreed to meet Marcel. The rest of the gang went to the festival and I headed home for a pleasant evening of cooking and chat. See next post!