I started June with a lazy day at home. The weather was not the best so that also played a role. On Monday, I met Jarlath and we headed east to Strausberg. I visited him in Dublin last year, if you remember my blog post of May 2013. 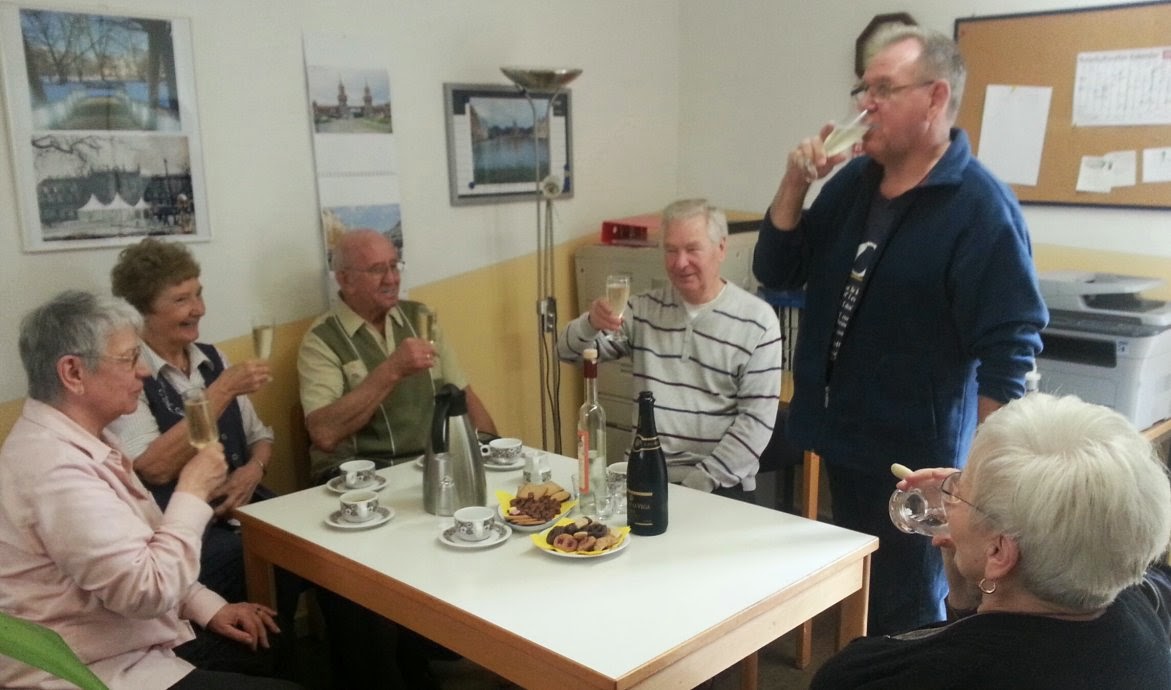 Strausberg is east of Berlin. If you don’t get out of the train you will land at the Polish border! It is my favourite part of Berlin. There is a long lake with a town that straddles the east coast of the lake.

Jarlath was visiting Berlin for a few days and I was asked to show him bits of the area. He enjoyed the visit, and lunch in a traditional German restaurant opposite my favourite cafe. We returned to Berlin and my district.

I took him to the German-Russian Museum. It was closed on Monday so he could not see the hall where the documents were signed ending WW II on the 8 May 1945. He took a number of photos before we went to my flat for coffee, cakes and to relax. 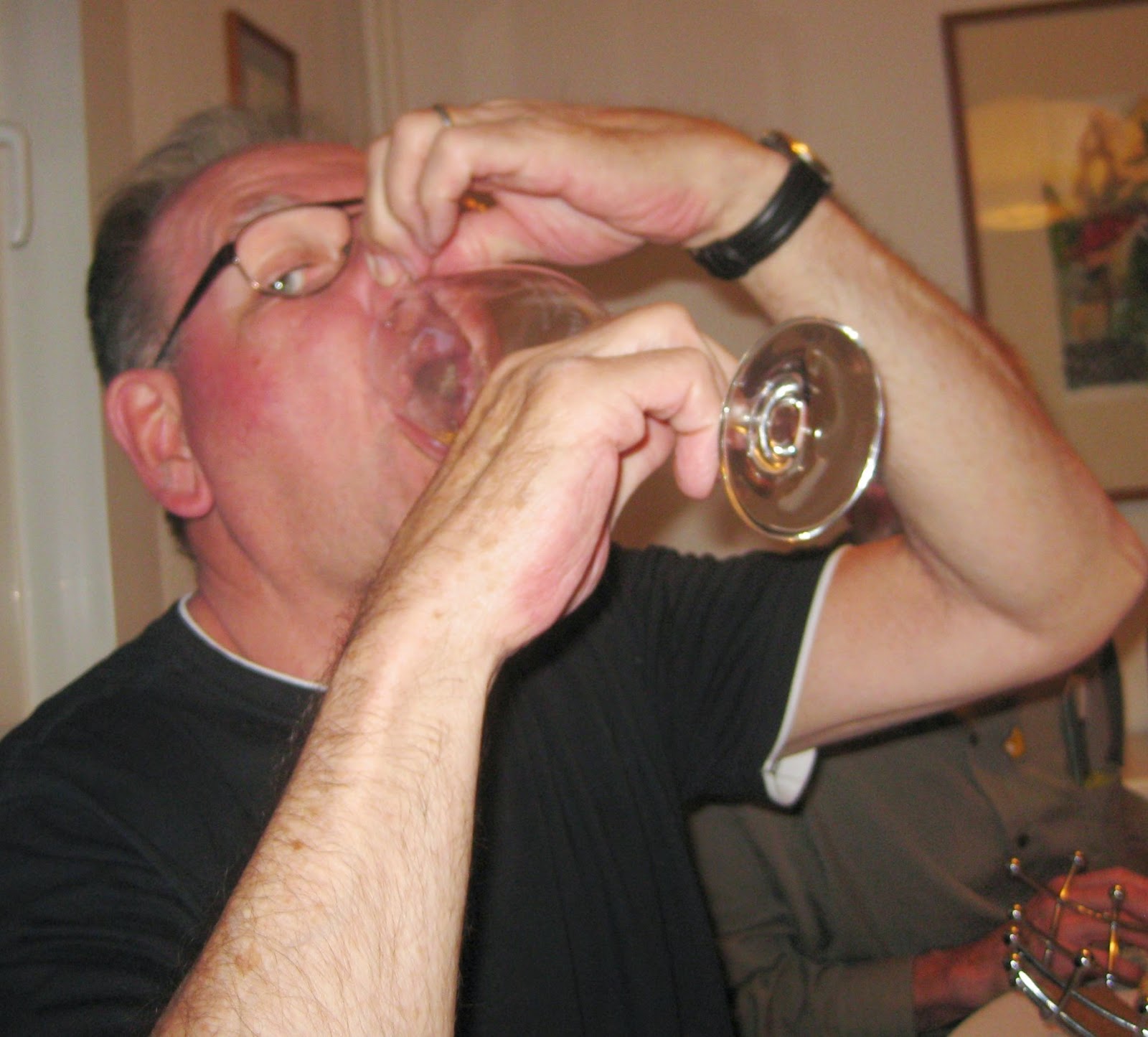 On Tuesday, I met Frau Fox for a German lesson. It went well and later I met Johanna’s half-cousin from Australia. He is visiting Berlin again and I said he could borrow a mobile phone to use here during his stay. We had a good chat, supper and some beers!

Yesterday I did some teaching after a day of cleaning the flat, washing and ironing. Such things have to be done – as you know! This morning I went to my Oldie Breakfast. then ordered a receiver for my TV at my Telecom shop.

A nice start to the month. I hope your start was also pleasant. Now for a couple of photos. One shows me having a drink of ‘Champers’ with my Photoshop Gang to celebrate my birthday, and the other is of me celebrating at Johanna’s supper – taken by Jutta 🙂