Hero of the Day

The Hero of the Day was Marcel. In my last post I told you about Herren Tag. The story ended when we left Strausberg to head back to Berlin. So far so good . The S-Bahn duly arrived and we entered the bicycle section in the middle. Yes, they actually have such sections in the S-Bahn. 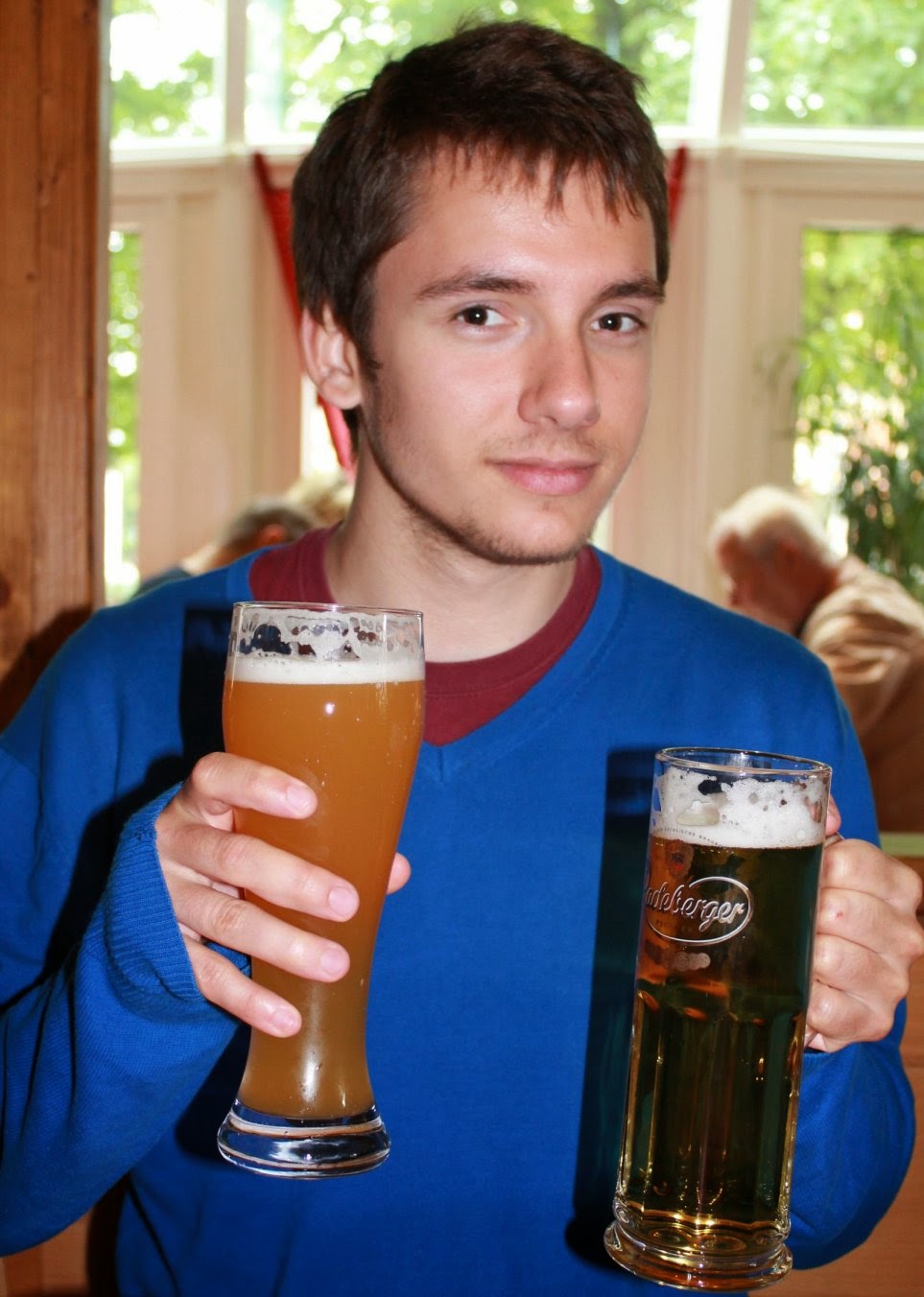 My rucksack was in the wire shopping basket behind the saddle. My bicycle and Marcel’s was resting against my right leg and so to reduce the weight and pressure, I removed the rucksack and placed it on the seat next to me.

We duly arrived at my local S-Bahn. We got out. The S-Bahn left for the next station. We then took the lift to the street above and I noticed something was missing. Yes, my rucksack was still in the S-Bahn and heading towards the centre and west of the city – without me!

I went cold as I realised what I had lost. At that point Marcel the Hero took over. He told me to return to the platform, which we did. There he found a telephone number to call in/for emergencies. He called the number on his new ‘chicy’ smart phone – I posted about this in an earlier blog.

He then gave the phone to me and I talked to a women and gave her the details. She took down the information and Marcel’s number and said we should call her again in 30 minutes. It was cold on the platform as we waited for the time to pass.

During this time Marcel remained calm and talked about the probability of ‘A’ happening against ‘B’ happening. He was very reassuring, positive and calm. We talked to the S-Bahn lady again and she reported that no-one had called about finding a rucksack on that train.

At that point, I told Marcel it was hopeless and we should just accept that it had been stolen. He refused to accept that and said I would get a positive report. We took the lift to leave the station then his smart phone rang. It was a lady from the S-Bahn. 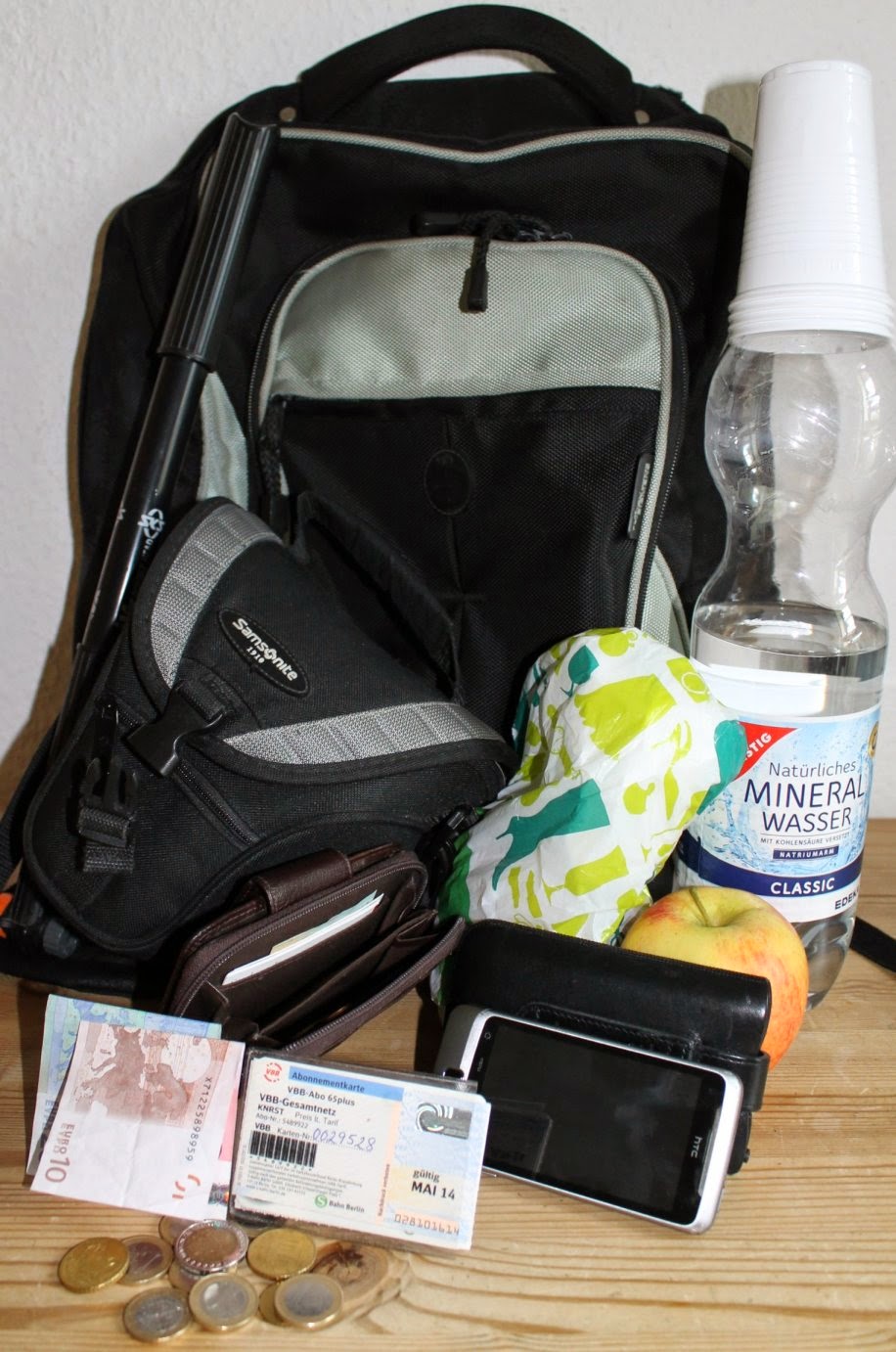 A colleague had called to say he had found a rucksack on the S-Bahn at Alexander Platz and I should go there to claim it. Marcel beamed with positive energy and said, ” I told you so”. I replied that they may have found my rucksack but it did not mean they had found the valuable contents.

I had quickly worked out the value of the things in my bag. The total was over €500. The most valuable was my camera followed by my ‘smart phone’ and over €50 in cash in my wallet plus my months card for travelling on the public transport system plus lots of other plastic cards.

Marcel remained positive. We duly arrived at Alexander Platz and went to the information section on the platform. An ‘ elderly’ gentleman welcomed me and asked me to describe what was in the rucksack. I did this in detail but even before I had finished he smiled as if to say that he had heard enough.

I got my rucksack back and with everything inside. Nothing was missing. Huge sigh of relief. A regional train arrived to take me to my station so I said a quick goodbye to Marcel and jumped into the train. As I journeyed home I reflected on Marcel and his reaction to events.

He remained calm throughout, logical, systematic thinking and positive. When I was asked to go to Alexander Platz to pick up the rucksack he said I didn’t need him and he would go home. I said no and that I needed him until the matter was finally resolved.

Without a moment of hesitation he accepted that and went with me and supported me until I got my things back. For that alone, I made him my Hero of the Day. I saw a new side to him and one I respected and liked. Thanks Marcel:-)