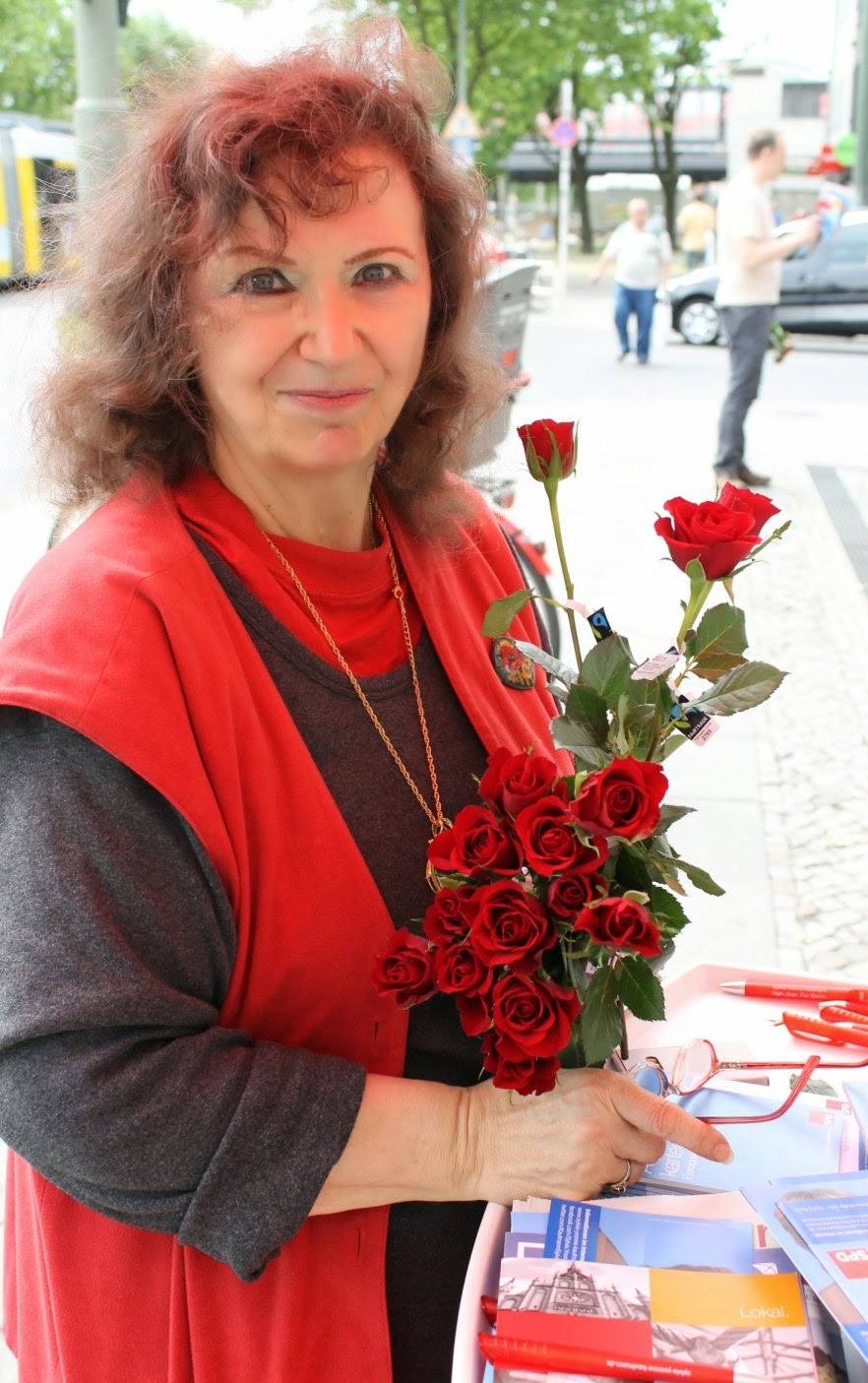 Today is the last day before the vote for the European Elections. The day started rather cold and cloudy, but brightened up to the pleasure of Berliners who wanted to get out of town and enjoy the countryside.

I was not with them for today was the last one to help the SPD to present its case and candidates. It started this morning with a stand in the shopping area of Karlshorst. Lichtenberg has six SPD districts and I live in No. 6. Each district had to get the EU message out today for the last time. 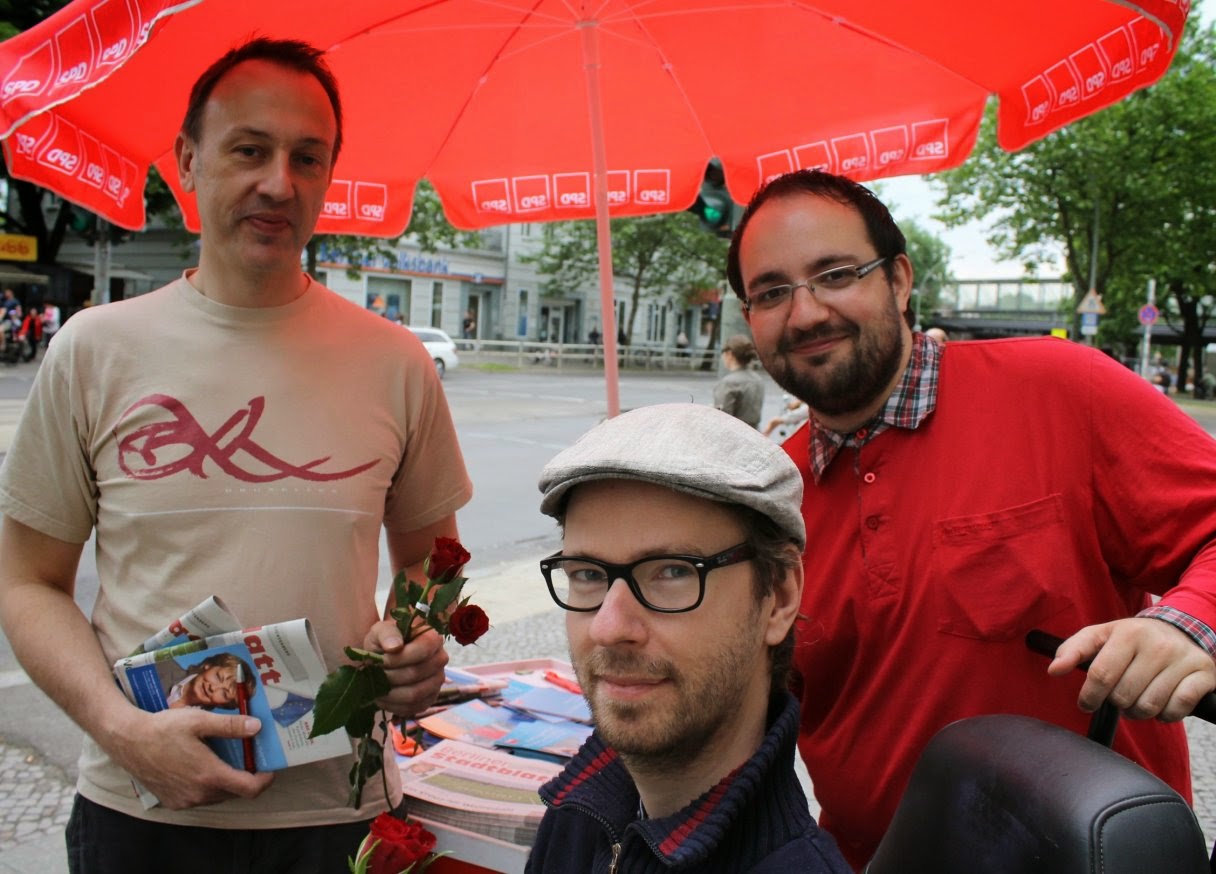 I spent the morning putting a newspaper, different pamphlets, and even a book containing recipes from all of the 28 countries making up the EU, into a package to give to locals.

The German contribution was Potato Soup and the British one was Apple Crumble. Other country contributors came up with rather more exotic recipes!

We also gave away lots of red roses with the information packages. They were well received by women. We also gave away balloons, pens and notepads for children. I enjoyed it. Here you can see some of my co-workers.