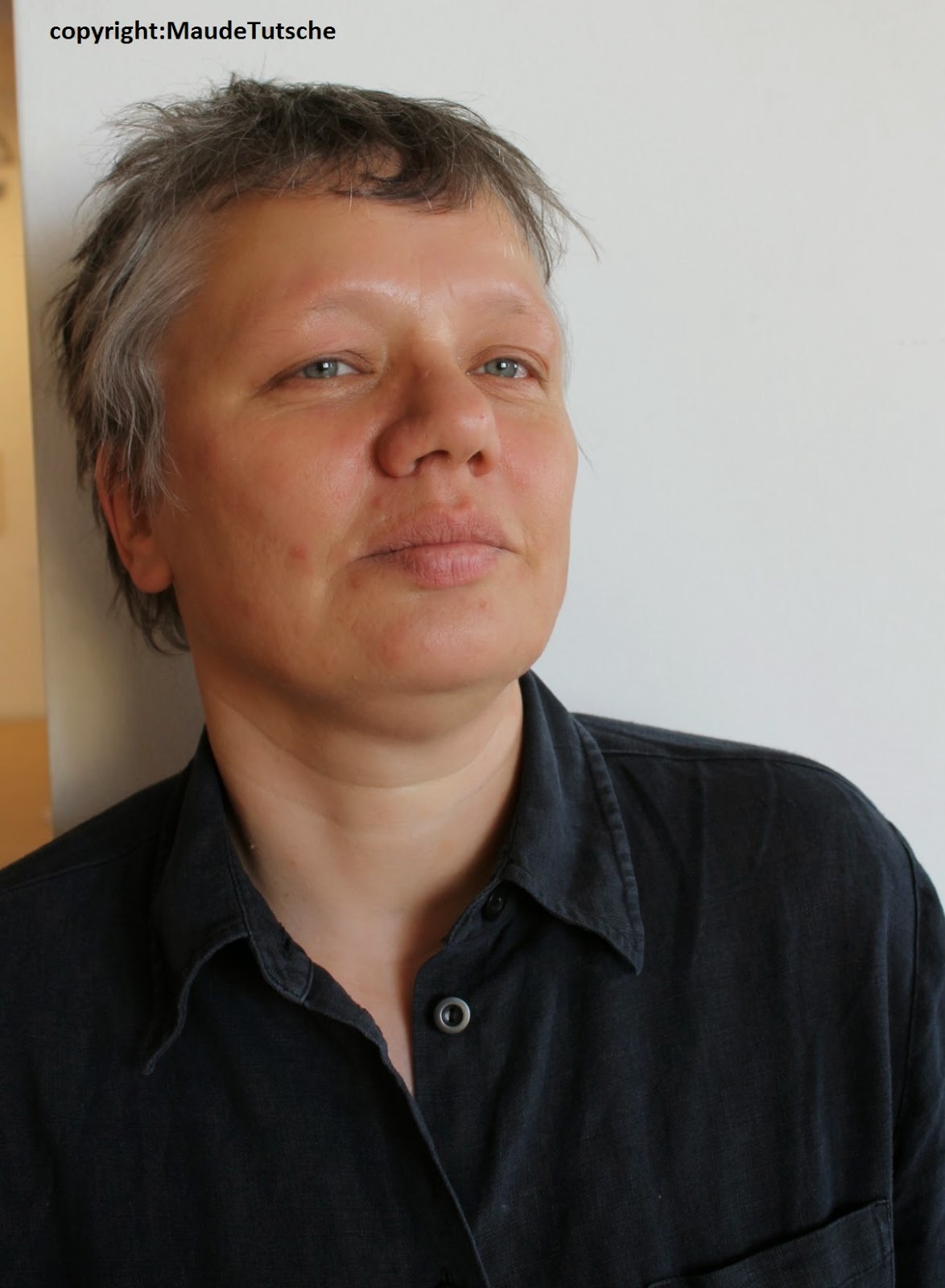 Kunst means art in German. An artist is a Künstler if a male and a Künstlerin if female. Maud is a Künstlerin! I posted to my blog about her in September 2012, when she gave an exhibition to which I was invited.

I recently got another invitation. This time it was for an exhibition in her new Atelier = French-German for her new studio. It is in a very nice location and easier for me to reach. I only need to take the Tram 27 and get out one stop before my training centre stop.

It is a converted factory from the late 1800s, and part of a very large industrial complex on the banks of the River Spree. This is the river that flows through Berlin and adds to much of its character. With the decline of industry in the 1990s, the complex re-created itself as a centre for small businesses and retailers. 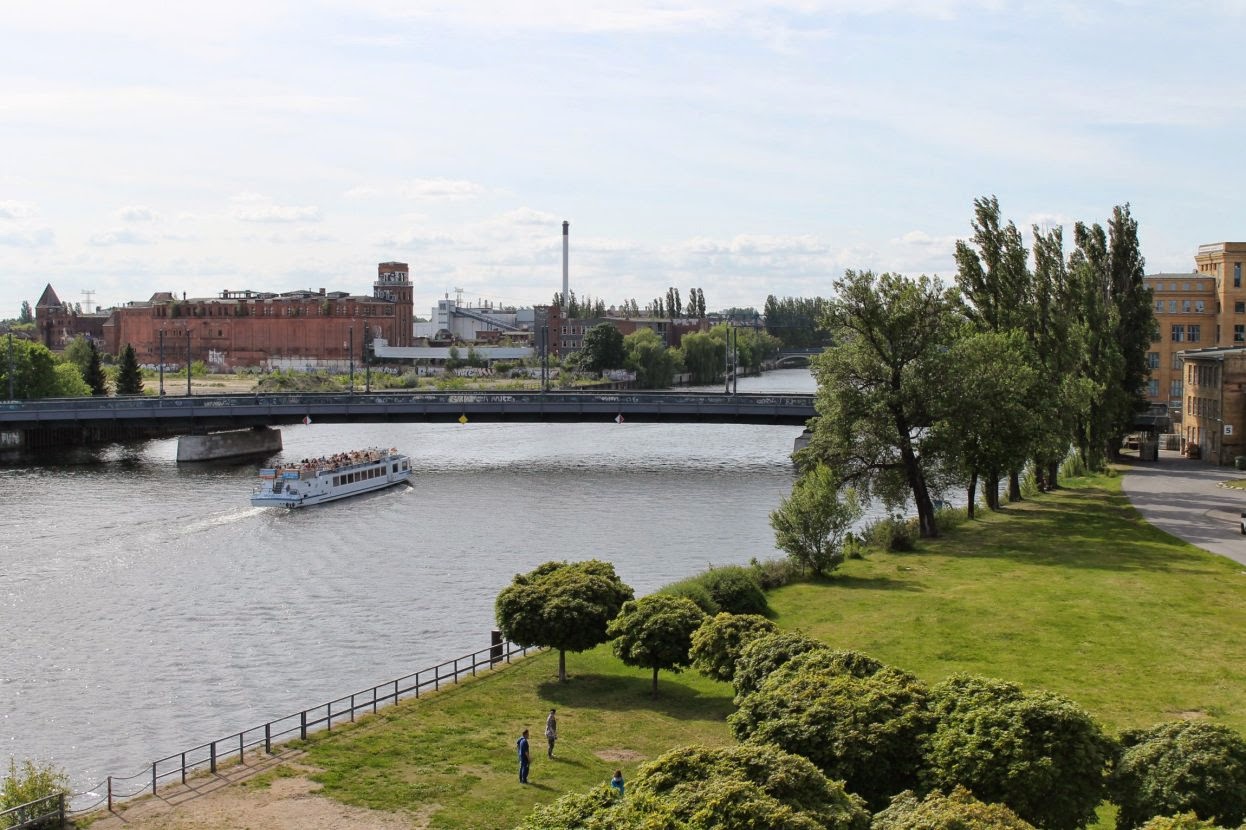 Maud met me at the entrance to her artistic world and we had a good chat to catch up on news. Nothing new there. She showed me around the exhibition and her new works of art. She let me take a photo of her and then I took one of the area.

It shows a tourist boat heading back to the city centre. Tourists never come to this area. The most some see is from such a boat as they sip coffee or a beer but they don’t know the importance of the area in terms of Berlin’s industrial history.

Mr Siemen set up his first factory in the complex. A clever move before he moved it all to the north-west of the city and created a new industrial part of Berlin bearing his name to this day.