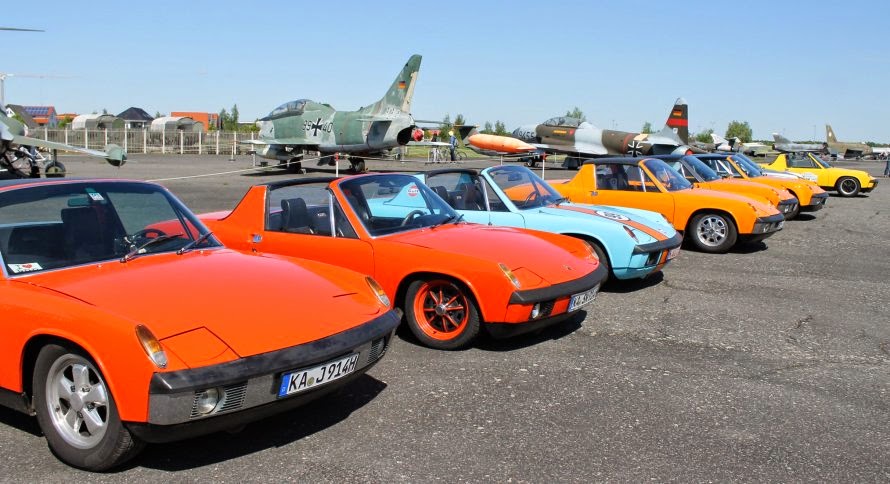 As promised at the end of my last report, here is news of my adventures yesterday. I spent the day on a bicycle with my Muggelsee Gang. I can hear the Silsders asking who they are.

Many years ago   one of my first teaching jobs was at a Training Institute on the banks of the Muggelsee, which is the largest lake here and in the south-east. 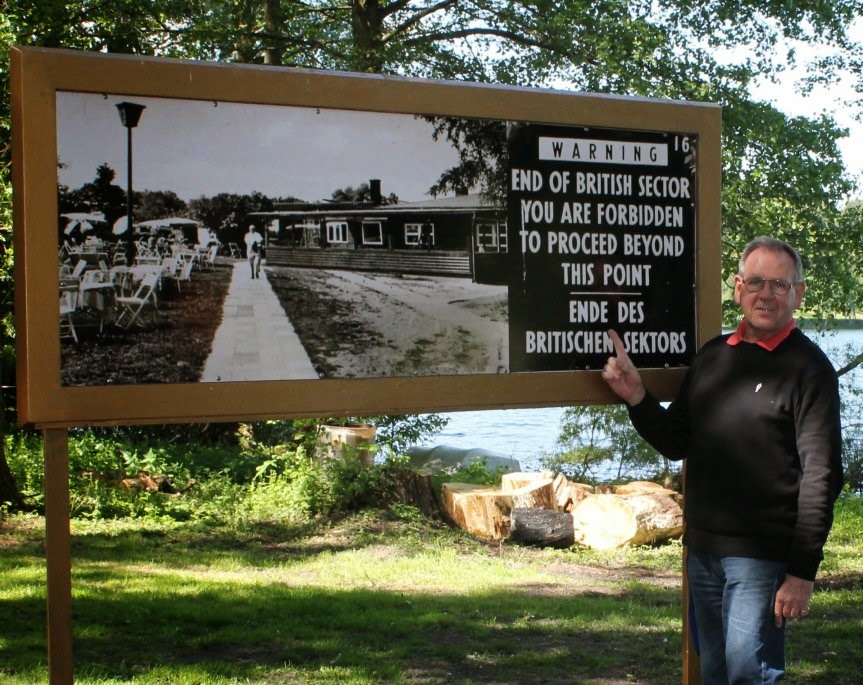 There I met an interesting group of people, and it was just before Marcel was born. The core of the group have kept in contact with each other, and even accepted my title for them as ‘The Muggelsee Gang’. We usually meet in May for a cycle tour somewhere. We couldn’t do this on 1st May for various reasons so we did it yesterday. 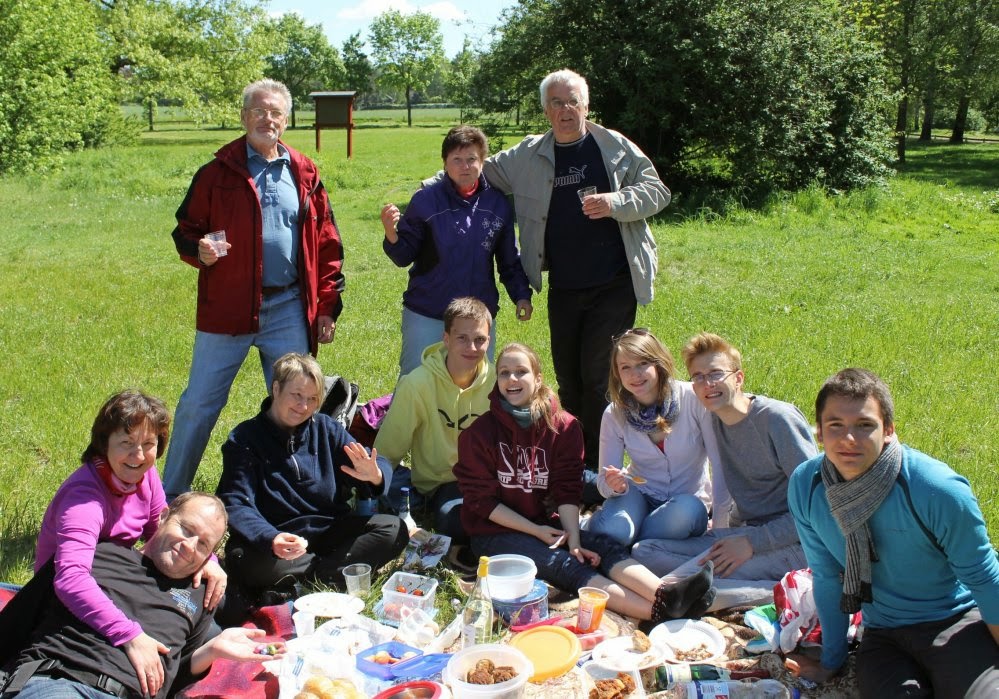 Our host and hostess were Waldemar and Nina. They organised the day. It began when we met at Spandau railway station at 10 am. Marcel was also in the gang this time for there was a younger contingent. Uli and Petra’s daughters were there with their boyfriends, so he had people of his age to chat to.

The weather played an important role in the day for as we set off the sun began to shine in a clear blue sky 🙂 We headed westwards through woods, fields, streams, small lakes on a network of cycle paths. We turned south as we approached the old Berlin Wall border and landed at an airport museum area.

I’ve been there before and posted a story on this blog – you may remember! The airport was in the British sector and now there are lots of planes for visitors to see. Hangers have been turned into museums. Yesterday there was also a gathering of old Porsche cars to add to the displays. 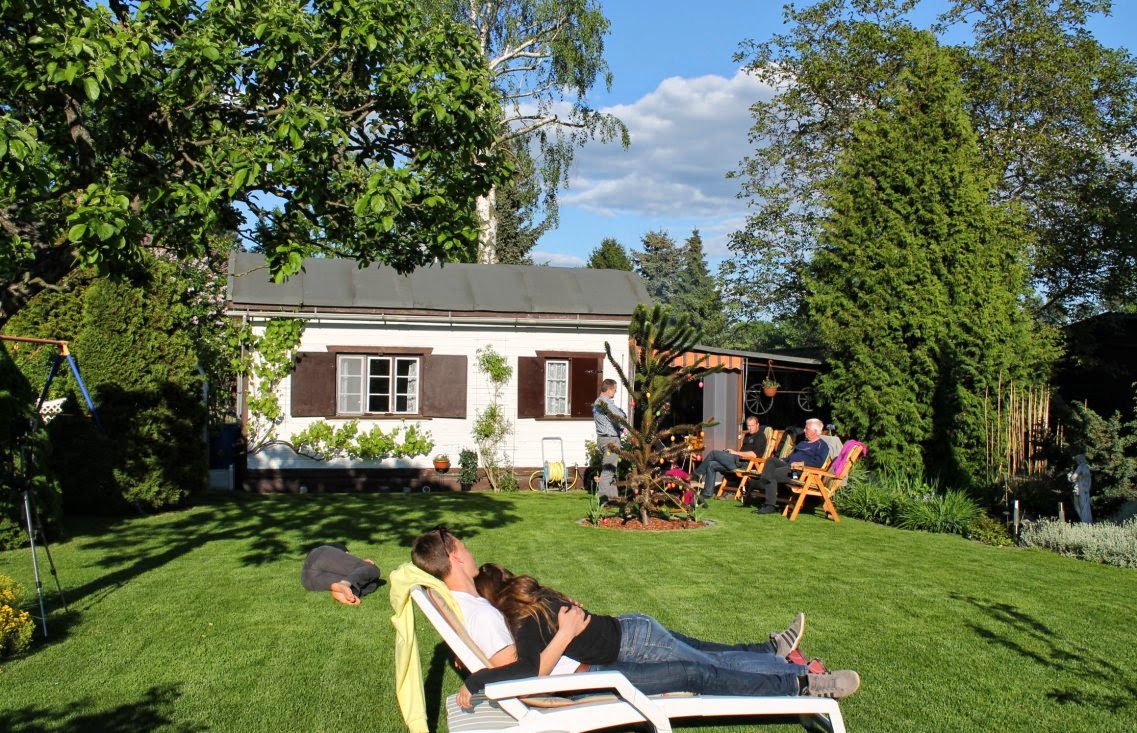 Off again south to Gatow, Kladow, along the River Havel, and some lakes formed by the river. Turned north on the other bank and headed north until we reached the centre of Spandau. Then further noth to Tegeler See/lake where we ended in Waldemar and Nina’s Gartenhaus/garden house. A tour of 41 kilometers in all. Not bad!

Relaxed in the garden, drinks of all sorts, then grilling and sitting around a large table to eat and drink our way into the evening. We were joined by a couple from the M-Gang who could not join us for the ride. Darkness fell followed by goodbyes to our hosts before cycling to the railway station. A perfect day and Marcel said how much he had enjoyed it. A compliment indeed!