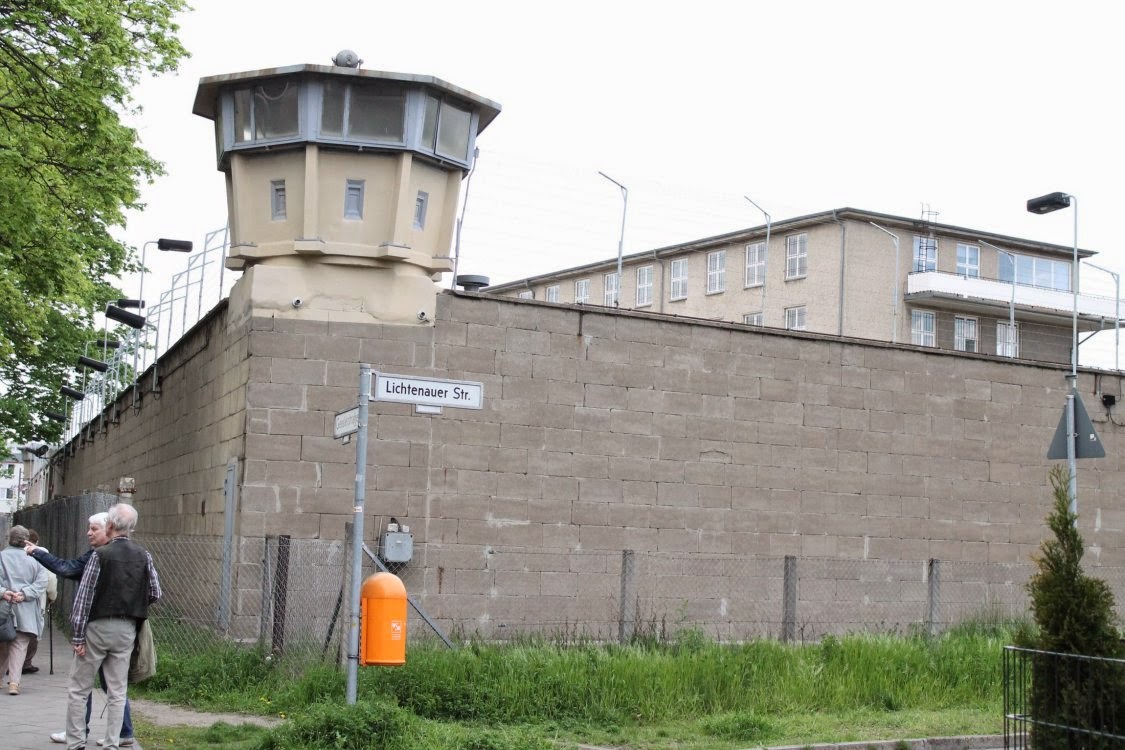 I went to prison last Tuesday! It began when I met the SPD Oldies, jumped into a car and was driven to what is know as the Stasi-Prison. It is in Hohenschönhausen which is the northern part of the district of Lichtenberg, where I live. 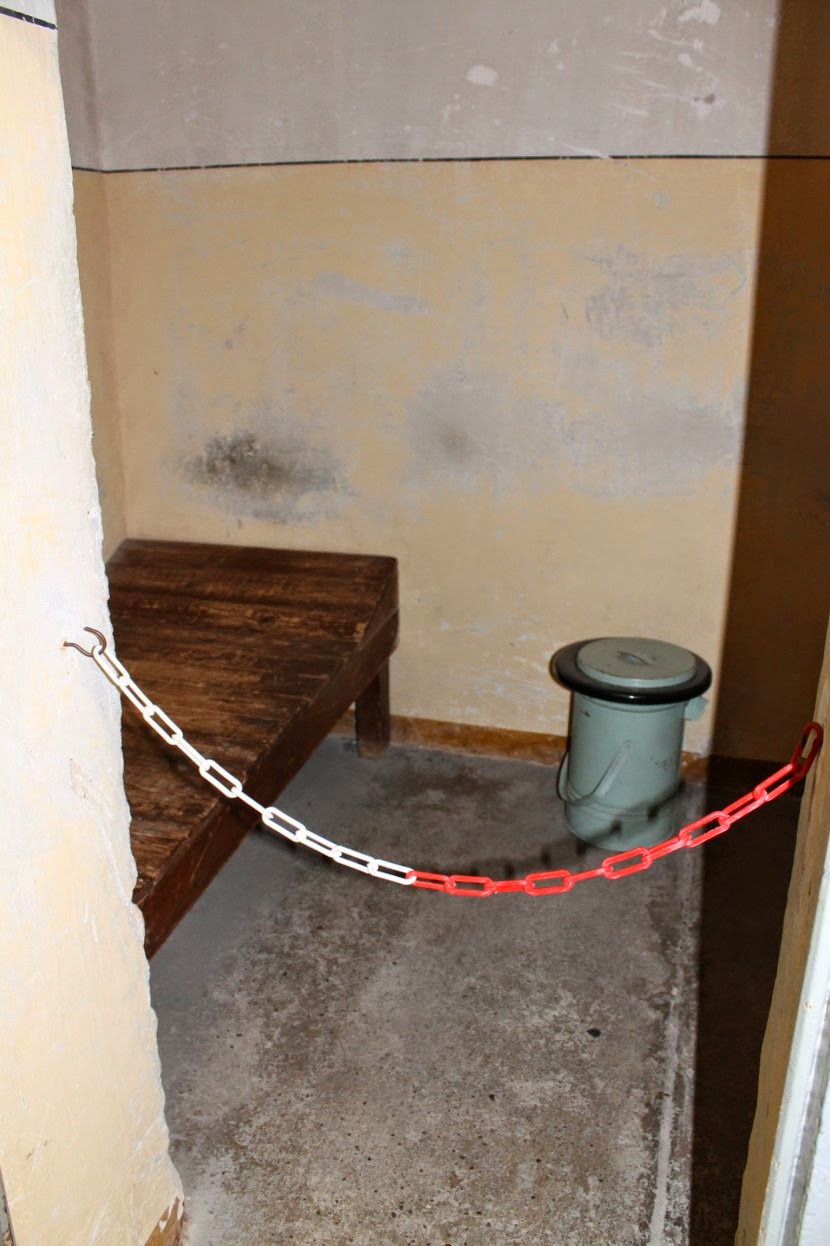 In the 1970s, the area took on its current appearance when lots of big blocks of flats were built. The prison, however, continued to function regardless of its surroundings. The building complex was originally a large factory producing machines used to produce consumer goods.

In May 1945, it was taken over by the Soviet secret police and turned into ‘Special Camp No. 3’. It served as an assembly and transit camp for about 20,000 prisoners. Many ended up in a Gulag in arctic Siberia and died there. 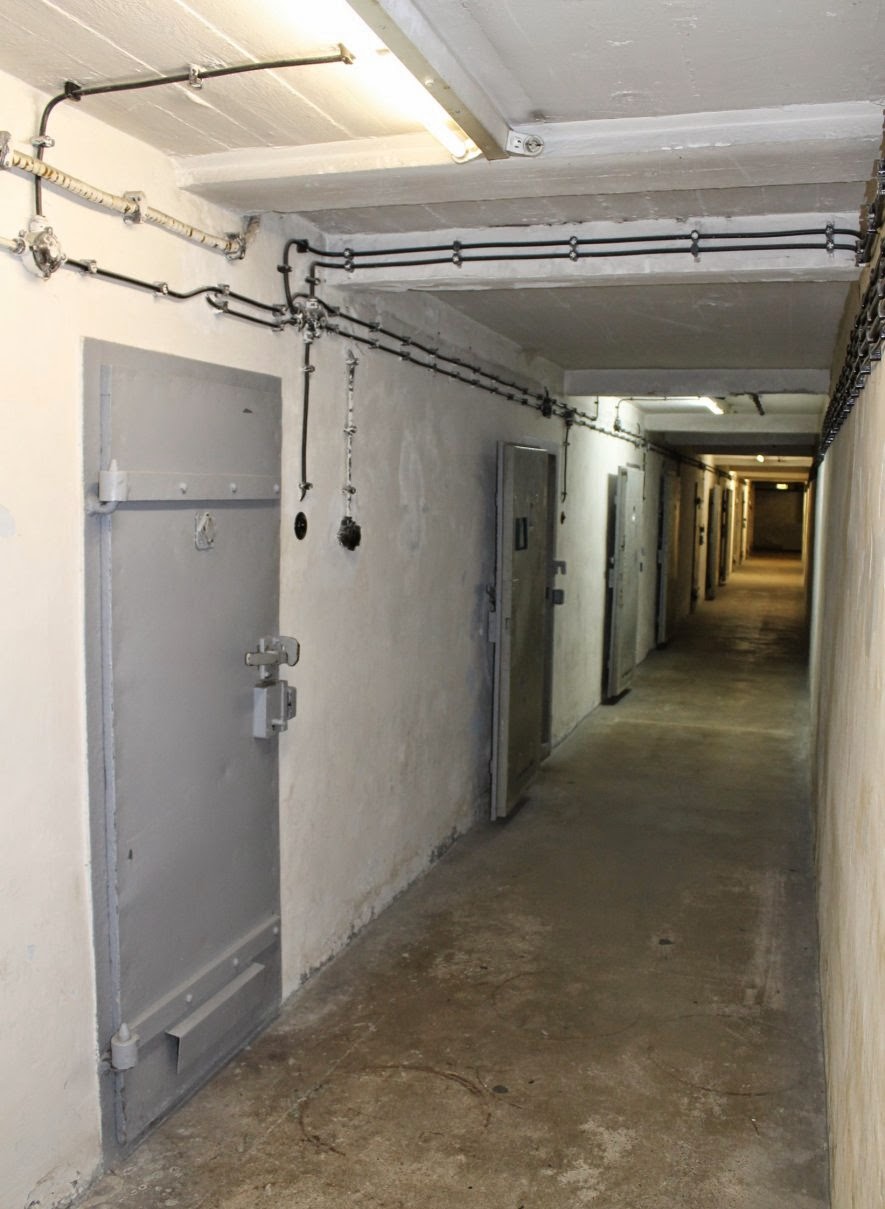 Living conditions in the camp must have been terrible. At one time 4,200 inmates were penned in like animals. Nearly 1,000 died. They were buried in nearby bomb craters  Image the hygiene conditions. You were lucky to have a bucket as a toilet never mind washing facilities.

The camp was dissolved in October 1946. The prisoners were transported to other places. The building did not close. It was renamed as a Remand Prison and became the Soviet’s main prison in their zone. Business as usual! 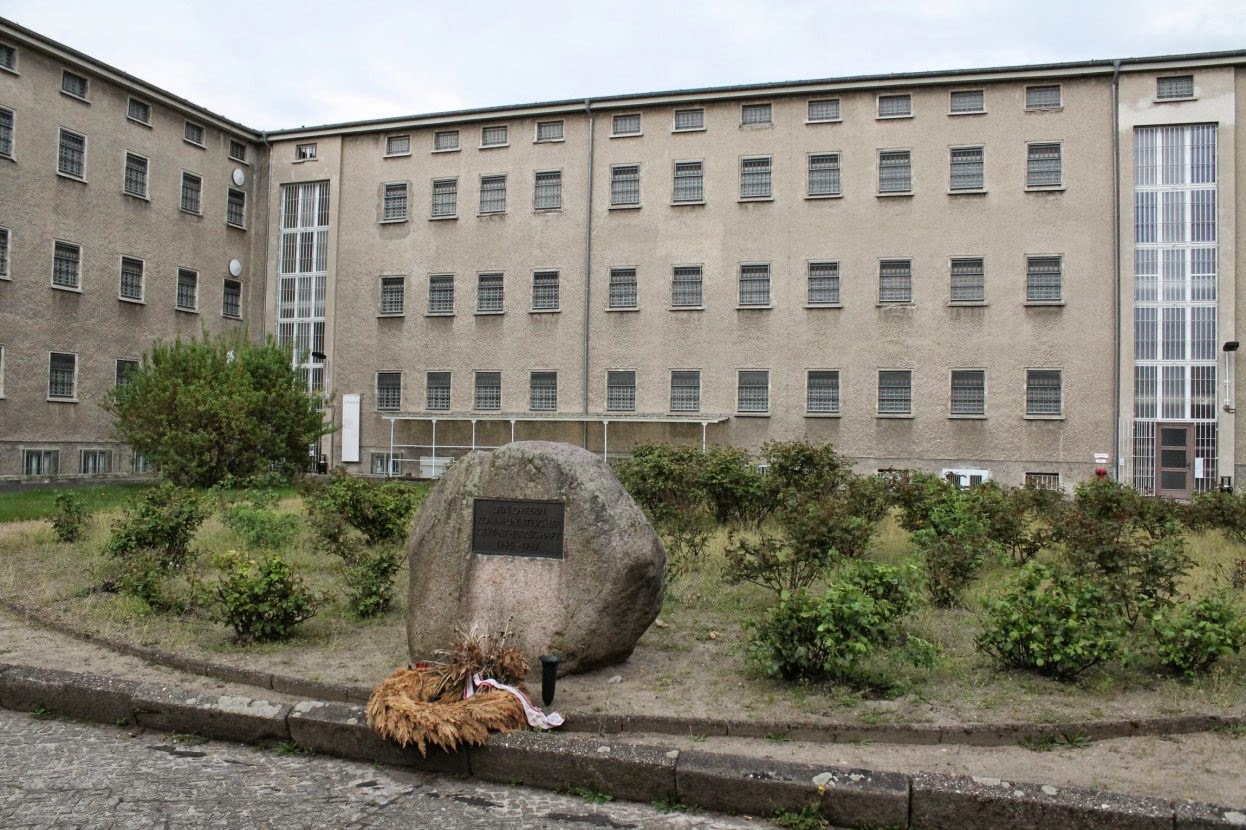 Work started on expanding facilities including turning the underground stores into cells with no windows. Just a wooden bed and a bucket. Interrogations were mainly held at night resulting in many prisoners signing ‘confessions’. Soviet Military Tribunals then sentenced them to years of forced labour. 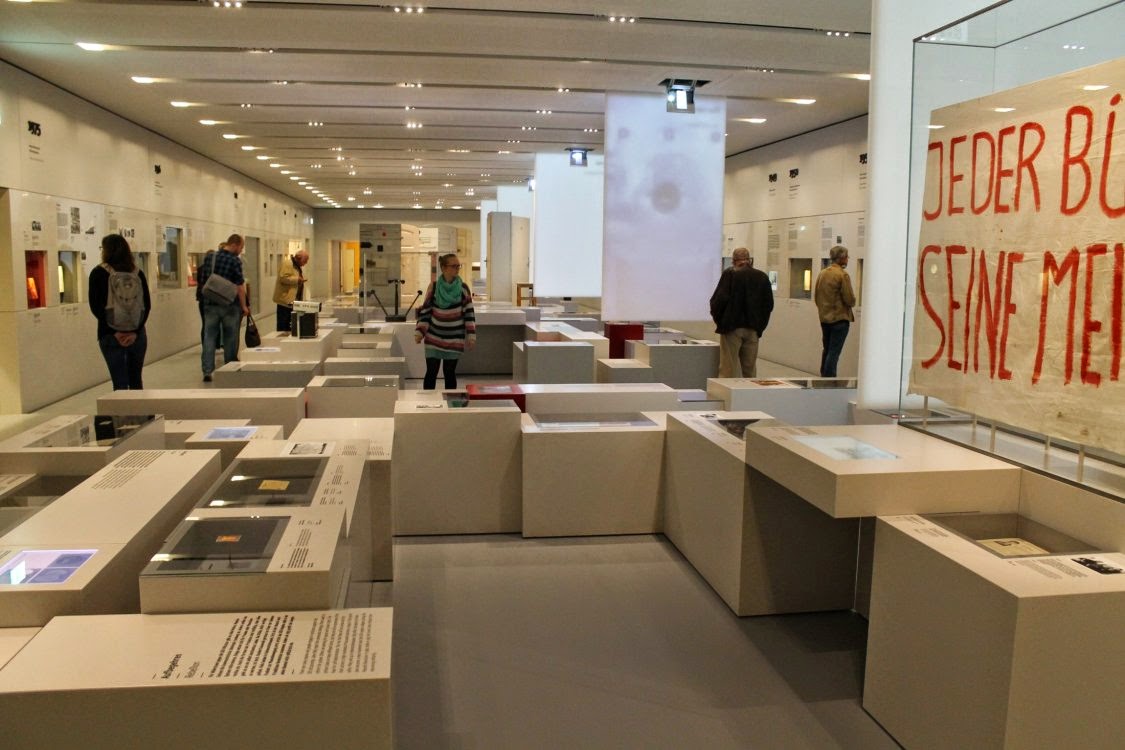 In March 1951, the East German secret police (Stasi) took over the business! Opponents of the regime were then housed there. At the end of the 1950’s, prisoners had completed construction of a building with more than 200 cells and new interrogation rooms.

Business continued until the end of 1989, when the SED government was overthrown, the Stasi dissolved and the prison finally closed in October 1990. A memorial was established in 1992 and two years later an independent foundation was established to run the site.

Most of the guided tours are conducted by former inmates. In 2011, more than 340,000 people visited of whom 160,000 were schoolchildren from different countries. Plan a visit the next time you are in Berlin.