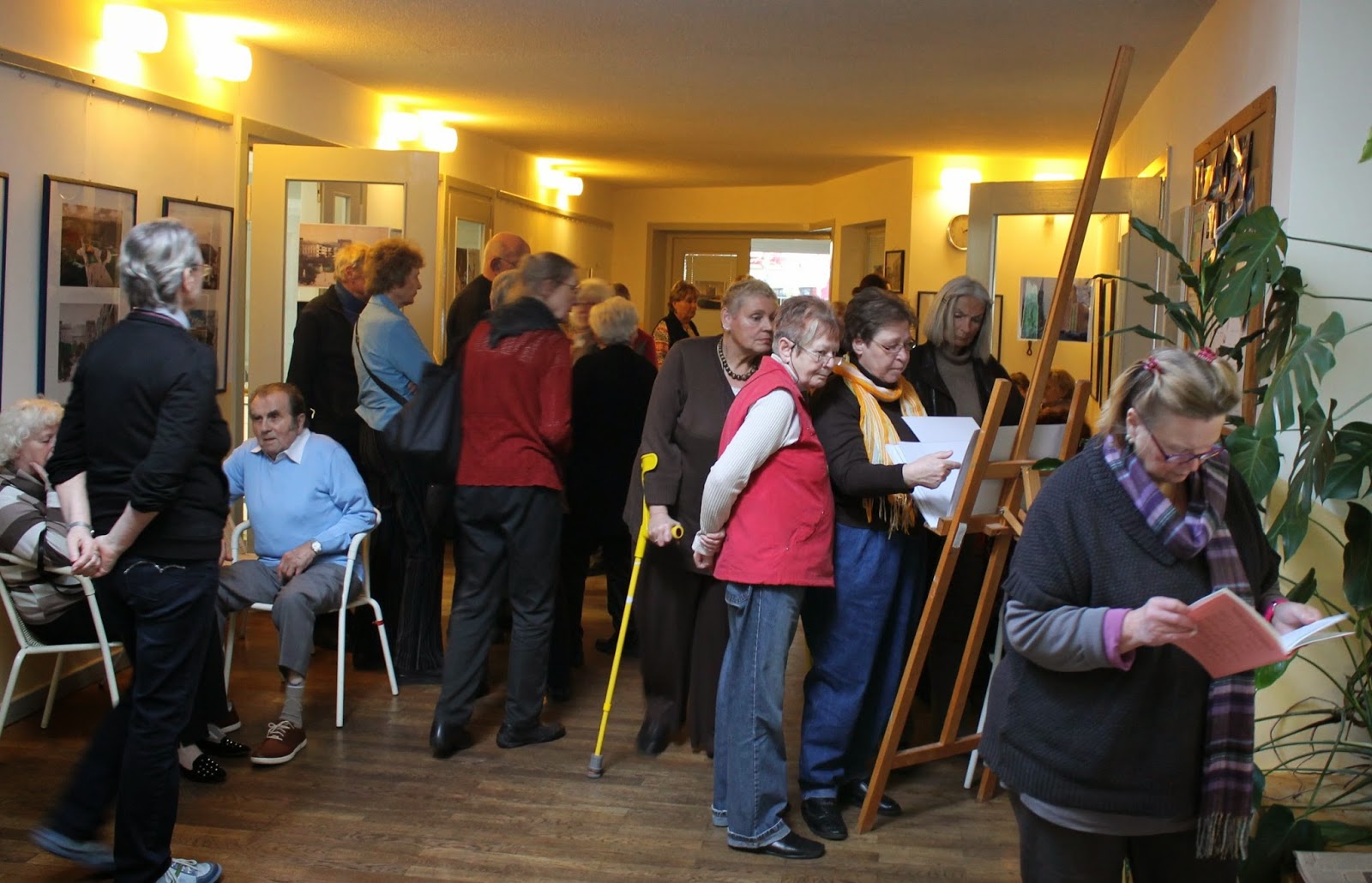 Anyone who has read my blog more than three times knows I go to an ‘Oldie’ Photoshop Gang each Friday afternoon. I have done so for a number of years. Our hard working ‘teacher’ is Stefan. Each year we have an exhibition of our work.

And lo it came to pass again that we had an exhibition this afternoon. On leaving home I decided a summer jacket was enough. The sun was shining. Not for long. I realised it was a mistake, but at least I had an umbrella. I needed it. 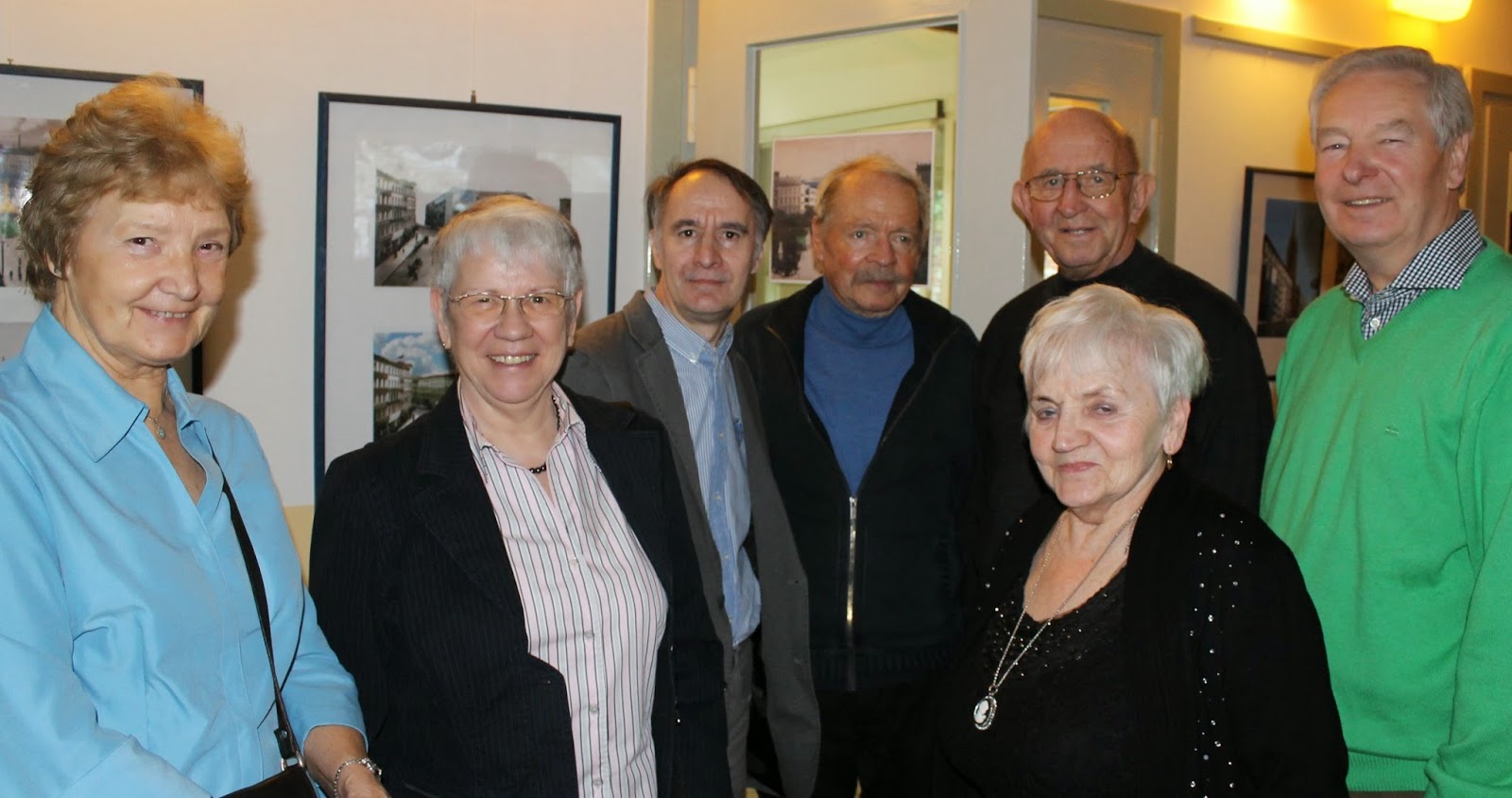 I bought some bread and rolls for the exhibition, then taught a lesson at mid-day. I later went to our Oldie centre where the exhibition was taking place. I arrived five minutes late, but still in time to get the bread/rolls onto the table.

There were about 80 people at the opening. Stefan made the first speech explaining our image concepts, a politician from the local administration made one, and then we/I/my Photoshop Gang were introduced, and we even got a round of applause! 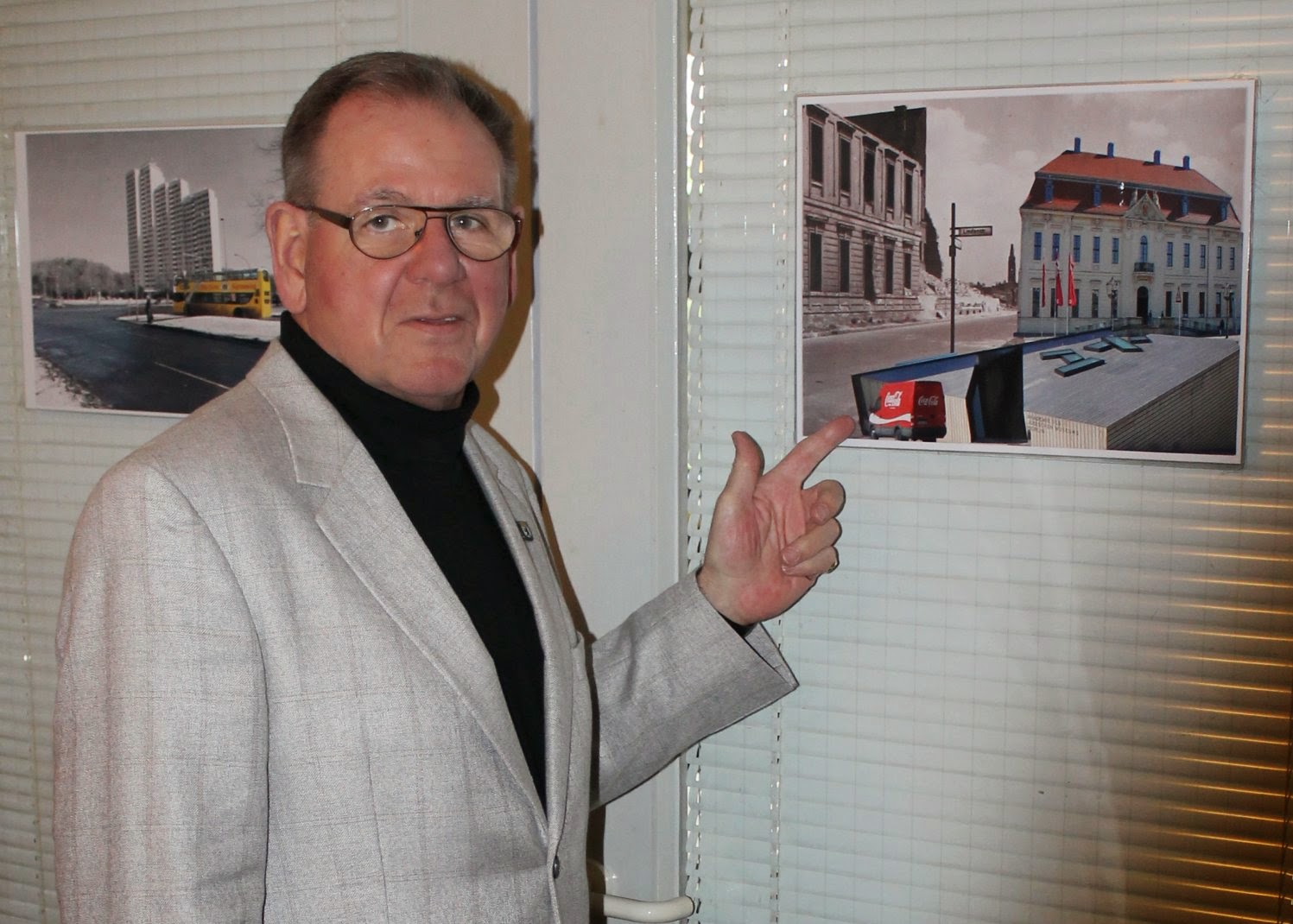 Lots of looking, comments, photos taken, questions, offers of orange juice or sekt before the doors to the next room opened. At last it was time to eat and drink! Nearly all the Oldies moved into the room for refreshments, and so the next stage of the exhibition took place.

Warm and cold snacks were on offer followed by various cakes and coffee. As we relaxed after eating we entered the third stage of the exhibition. This was music which I really enjoyed. A retired professional musician had prepared a range of compositions from classical to jazz.

As the music faded into the end of the day, there was lots of applause and all agreed that it had been an exceptional afternoon. I certainly agreed with that. I particularly enjoyed sharing the time with Helga and seeing how she reacted to the music.