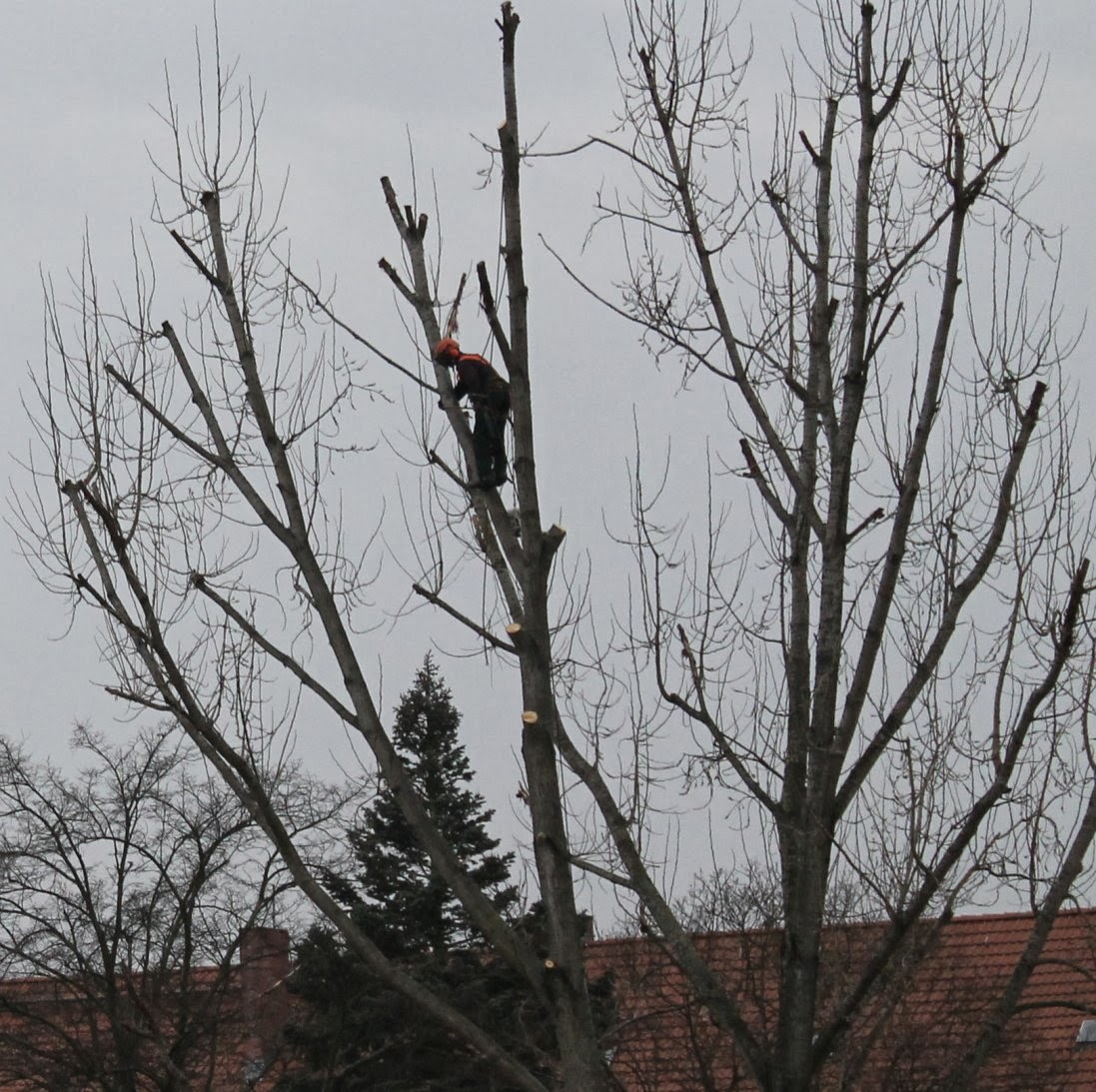 And lo it came to pass that only one tree remained. It was the biggest and looked like two trees had grown together.

I mentioned earlier that a specialist, who by chance came from England, had been called in to take down the bigger trees and he ran up and down them like a monkey. 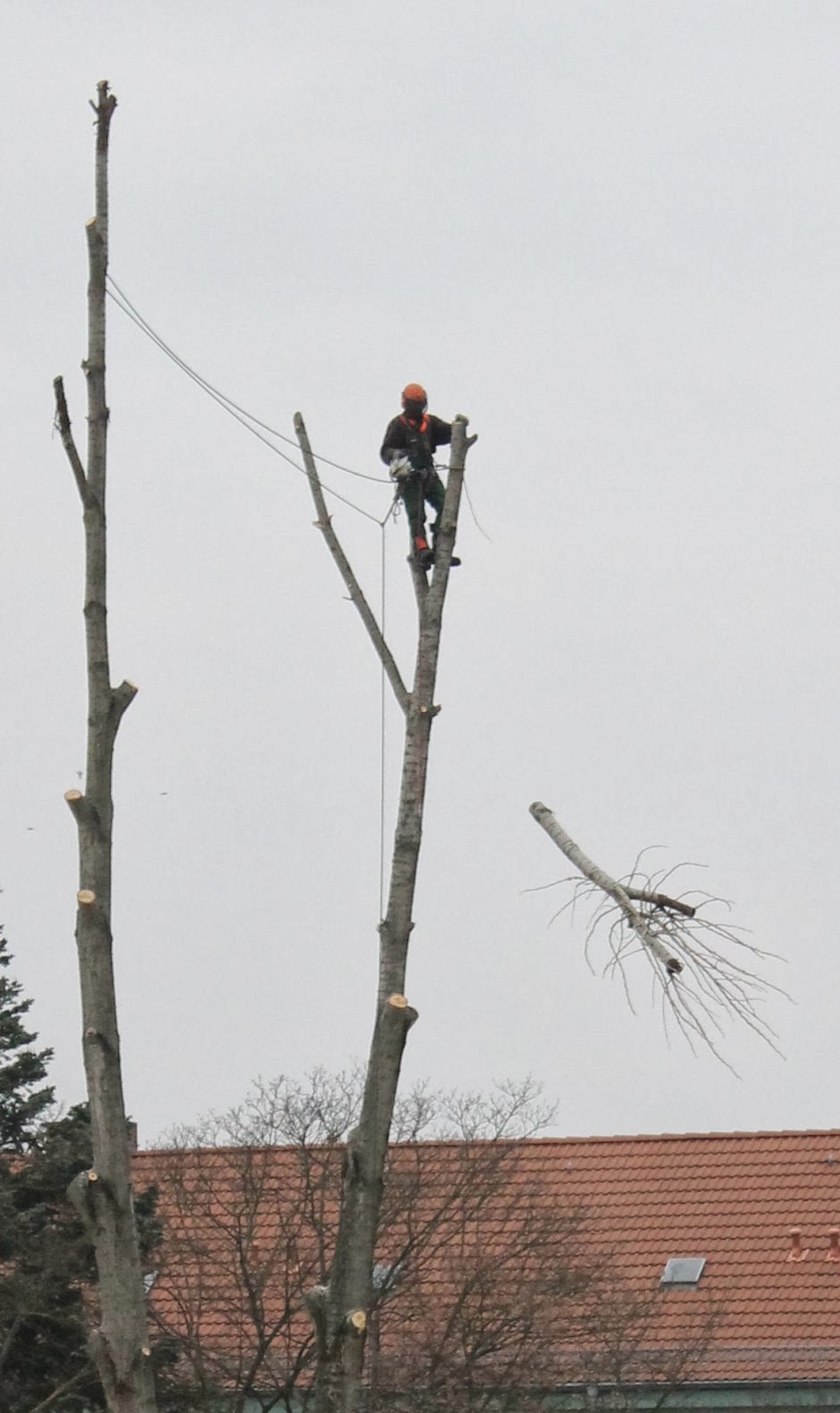 For the last one I noted there was lots of talking with his assistant and pointing before they started. They had clearly agreed a plan of action.

Monkey-Man put on all his safety equipment plus ropes and a saw all of which hung from his body as he climbed higher.

On the way up he sawed off all the smaller branches until we were left with two main trunks. He got to the top of one and sawed his way down.

He climbed the last trunk and did the same. End of the last tree. Here you can see it.