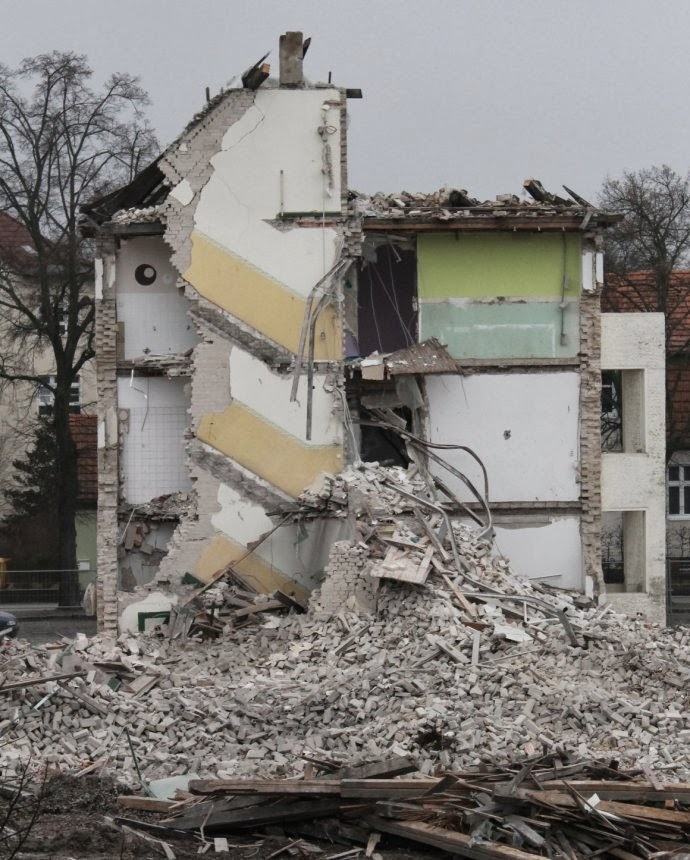 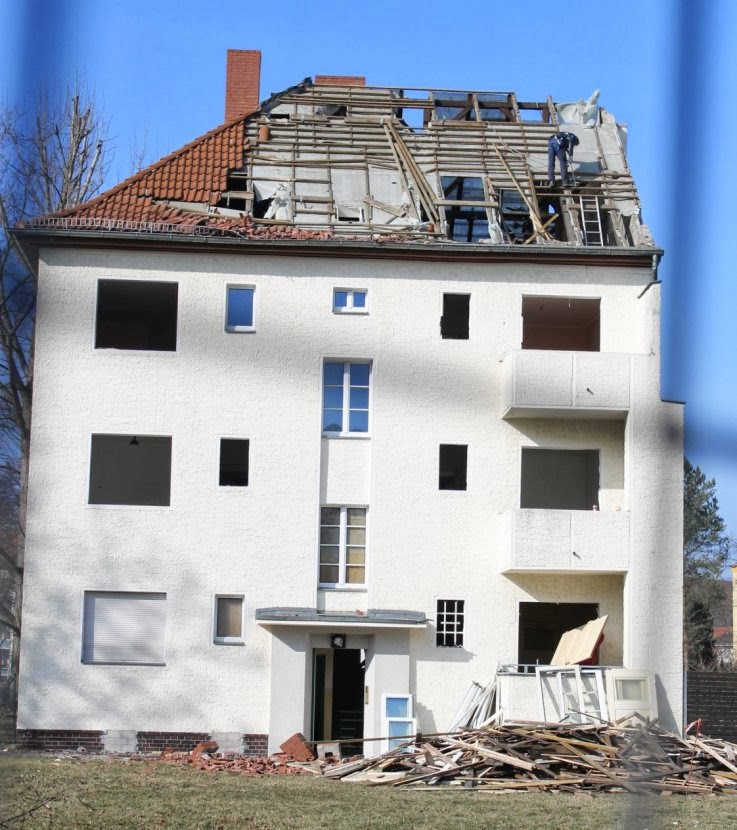 Near to Monkey-Man’s last challenge was ‘das Haus’. A house which contained six flats. The occupants left them weeks ago.

The lower windows were boarded up to stop anyone entering. We neighbours waited to see what would happen next. 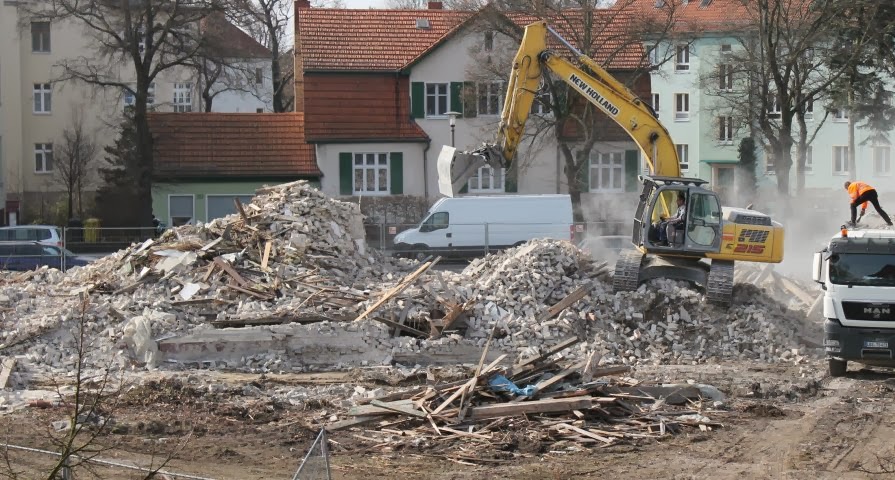 After the garages became history, ‘Mr Bagger’ moved his machine towards the house.

Before then, other men had removed all the roof tiles, roof timber and roof walls. Again, for recycling. That done, the Bagger started its work.

The digger part of the arm tore into the walls and they came crashing down. Clouds of dust settled before Mr Bagger could see clearly enough to make the next attack. Slowly, the building turned into a large pile of bricks.

Trucks arrived. They were filled with rubble and were driven away. End of the house/flats. I wondered about the families who had lived there for years, and where they were now.