In British English slang this means, the can, slammer, klink or to be in the jug. In official English it means prison. In German this is Das Gefängnis. I went there a couple of weekends ago without knowing it! 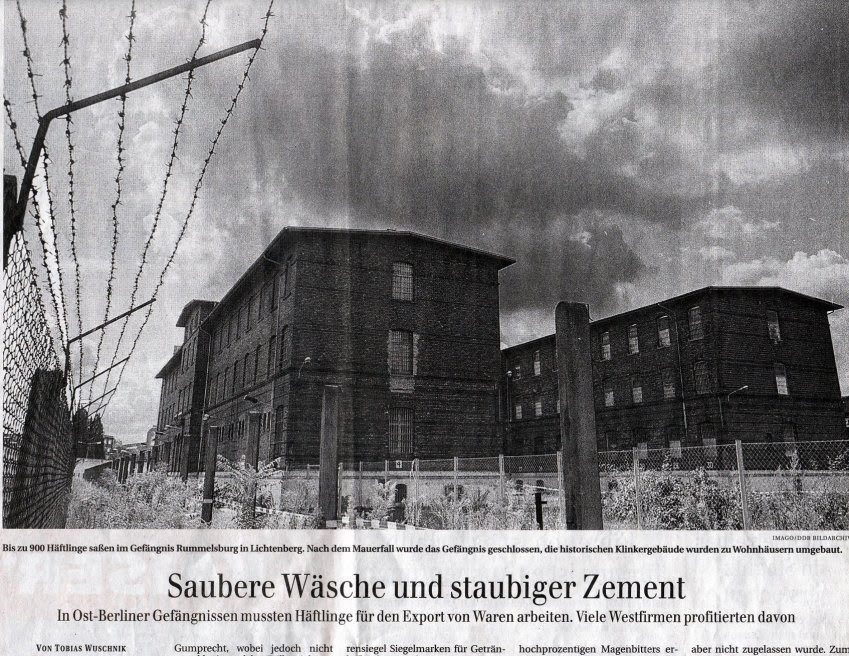 I went to a SPD party meeting called a Klausurtagung = a closed meeting. It was rather like a day long retreat where you chose to go into a group to discuss particular topics. The group I joined discussed facilities in the city for disabled people.

I mentioned this to some of the Oldie SPD Gang and last week one of them brought a newspaper report. The building complex where the SPD meeting took place used to be a prison. It is in Rummelsburg which is an area on the River Spree. A nice area for a prison.

The prison was built in the 1880s after Germany was created. It contained many workhouses where prisoners worked/made things. This continued after the creation of the DDR in 1949. The difference was that the prisoners produced things, or provided a service, for companies in West Germany. They made things for sale to the ‘Capitalist’ enemy!

It was closed after re-unification in 1989-90. It was later rebuilt as a complex of luxury flats for sale with a view onto the water, trees and grass area along the river.