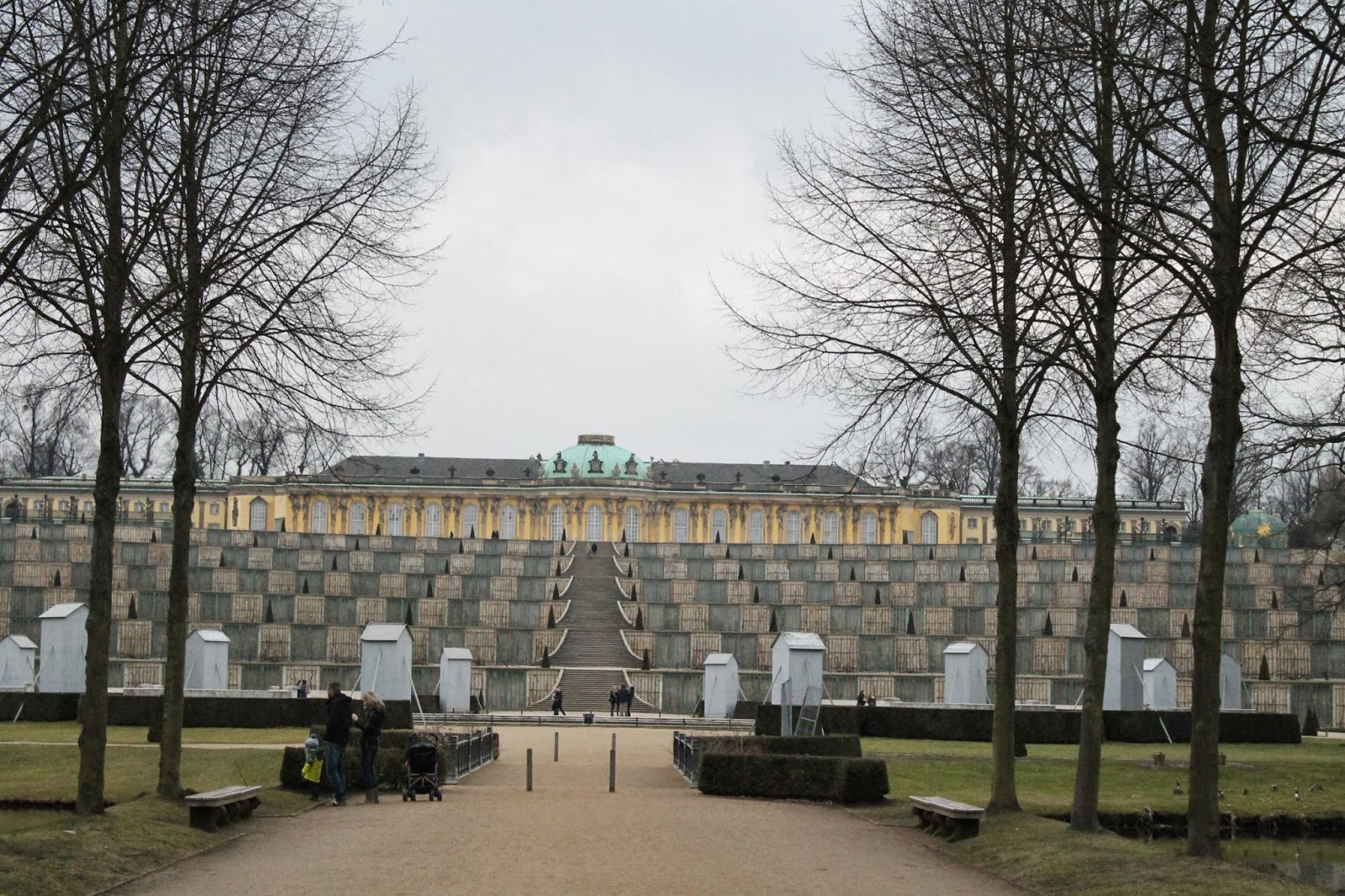 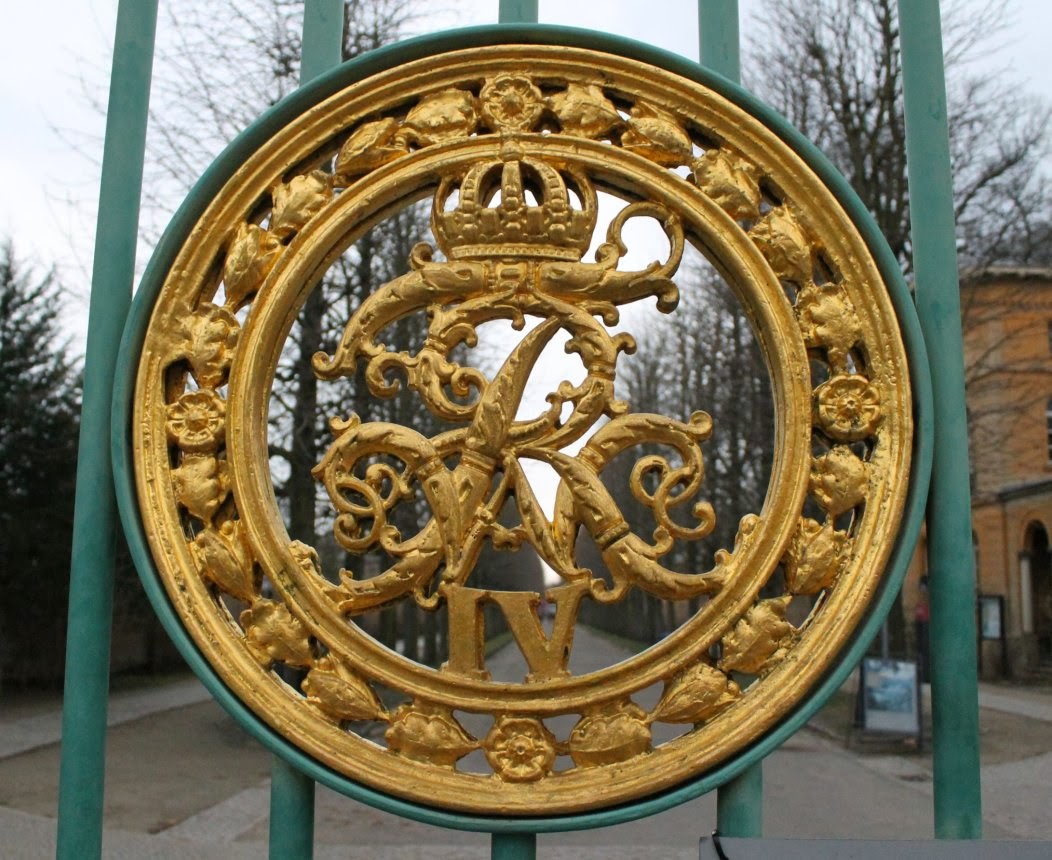 After wandering around the Landhaus Brandenburg, Hermann and I set off to wander around Sanssouci Park. starting with Schloss Sanssouci. This is a big tourist attraction in Potsdam and translates in German as ‘ohne sorge’. It is in the eastern part of the park. 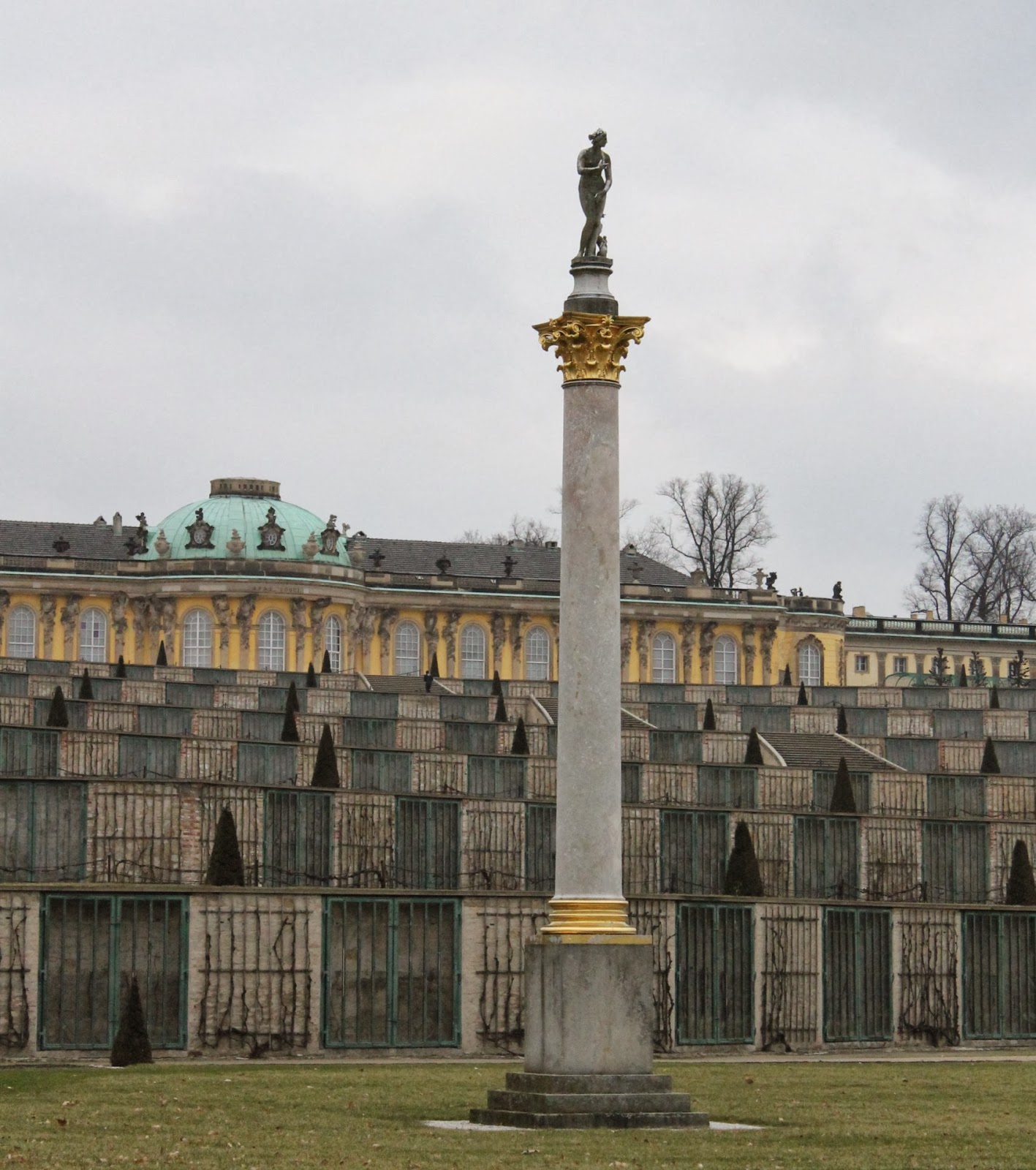 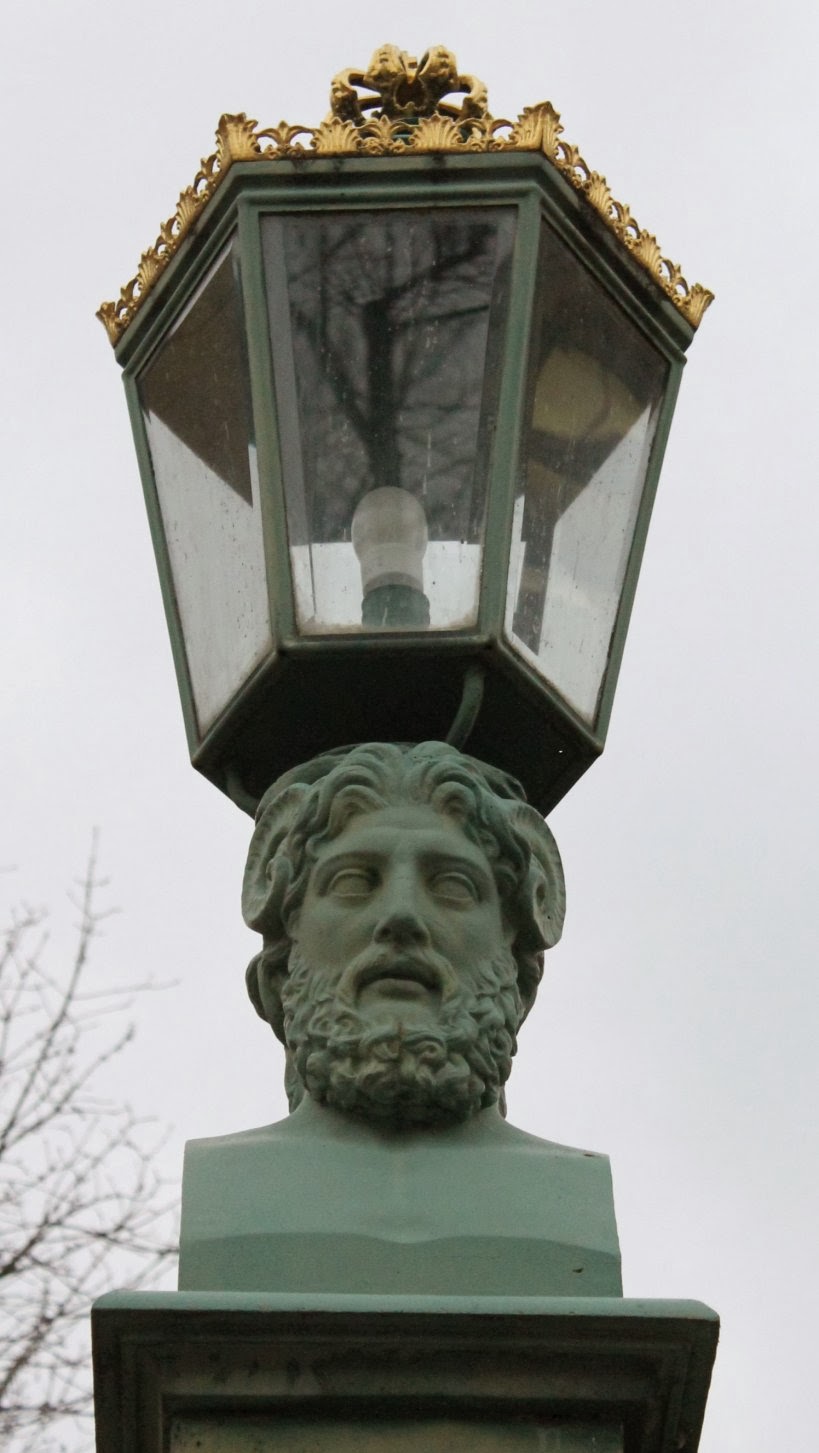 König Friedrich II had a small summer palace built there in 1745-47, in the ‘rokoka’ style. The architect was Georg von Knobelsdorf. If you remember from my last blog post, he designed the Stadtpalace in the centre of Potsdam. It is at the top of a garden made up of six vineyard terraces with a central staircase up to the building.

It was designed only for the King and his chosen guests. His wife lived in Schloss Schönhausen to the north of Berlin and never in Sanssouci. He lived there privately and for public life/functions in Stadtschloss Potsdam, particularly in winter.

He died in the chair of his study at Sanssouci on 17 August 1786. He ruled for 46 years and was succeeded by his nephew, Friedrich Wilhelm II. Sanssouci was later re-built. Two wings were added on instructions from King Friedrich Wilhelm IV. The architect/builder was Ludwig Persius.

In 1990, the palace and gardens were taken under the protection of UNESCO as part of world culture for all of us to enjoy. See it next time you find yourself in Potsdam!