We continued our walk through Sanssouci Park towards the New Palace/Neues Palais. This is in the western part of the park. With a few stops for deep breathing we arrived at the palace. 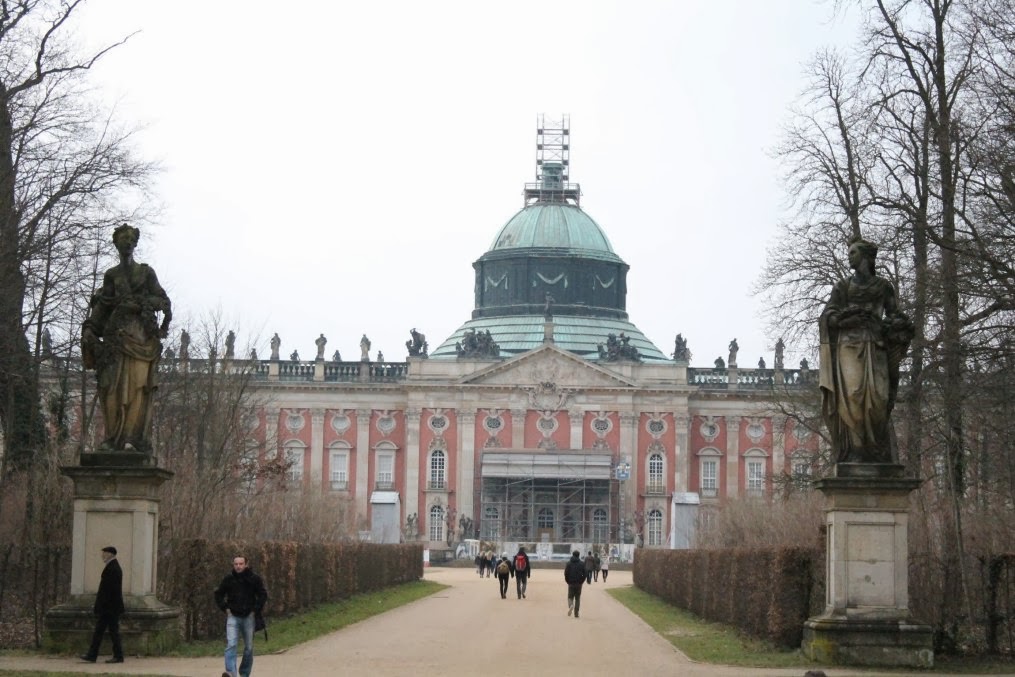 It’s big! I wondered what it would cost to heat the place if I lived in it. Imagine the bill for a month in deep winter with temperatures under -10°C. It has over 200 rooms, four main reception/banquet halls and a theatre. 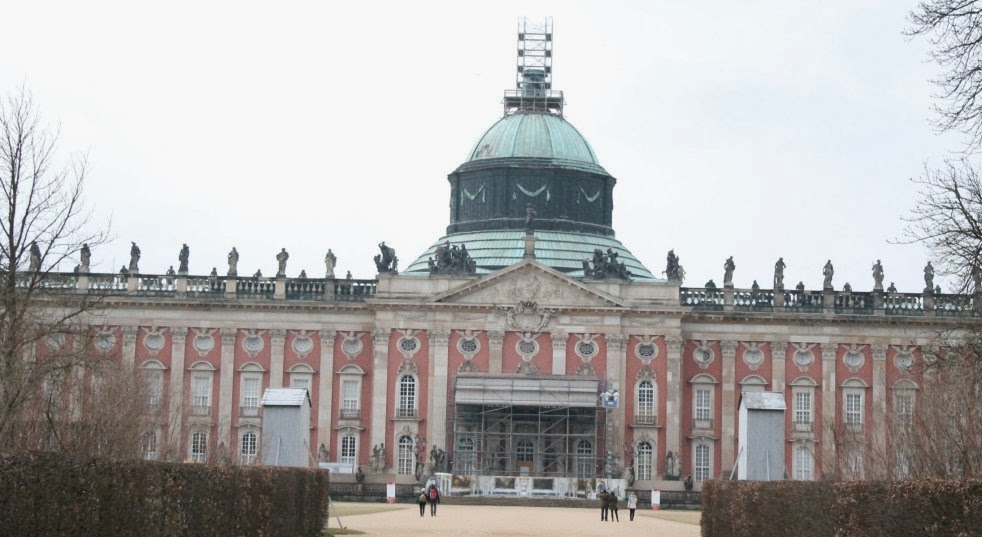 Building started in 1763, at the end of the Seven Year War in which ‘Frederick the Great’ added another large part of Poland to his lands. This was in addition to the ex-Polish area called Prussia. Building was completed in 1769, and it is considered to be the last great Prussian baroque palace. 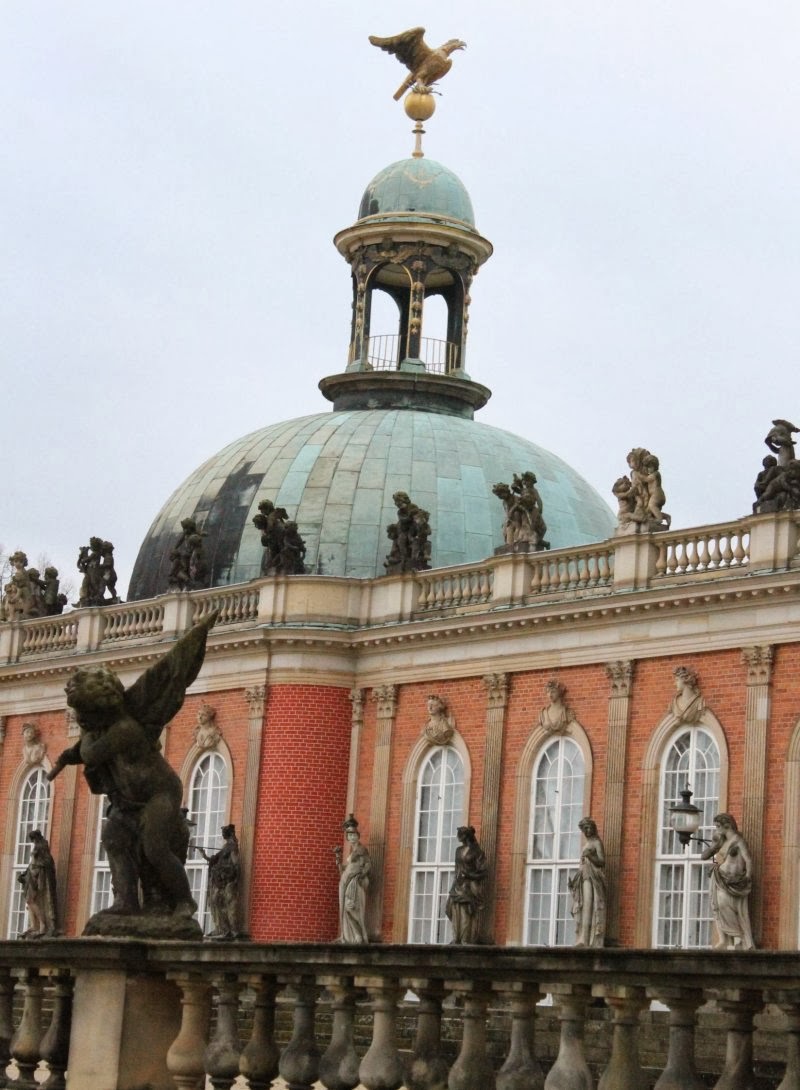 Frederick wanted it to show the power and glory of Prussia. The palace has a three story facade and was designed by the architect Carl von Gontard. It has a 200 metre facade with a central section crowned with a large dome. On this was placed the ‘Three Graces’ which supported the Royal Prussian Crown. Also on the roof are over 400 sandstone statues and figures.

Frederick did not use it as a royal residence. He lived/slept around the corner in Sanssouci in summer. It was used for the reception of important royals and dignitaries. In 1859, it became the summer residence of Prussian Crown Prince, Frederick William.

Later, William II and wife Augusta lived there and renovated/modernised the building. This included steam heating, bathrooms and electricity. After he abdicated in 1918, it became a museum. What else could you do with such a building?