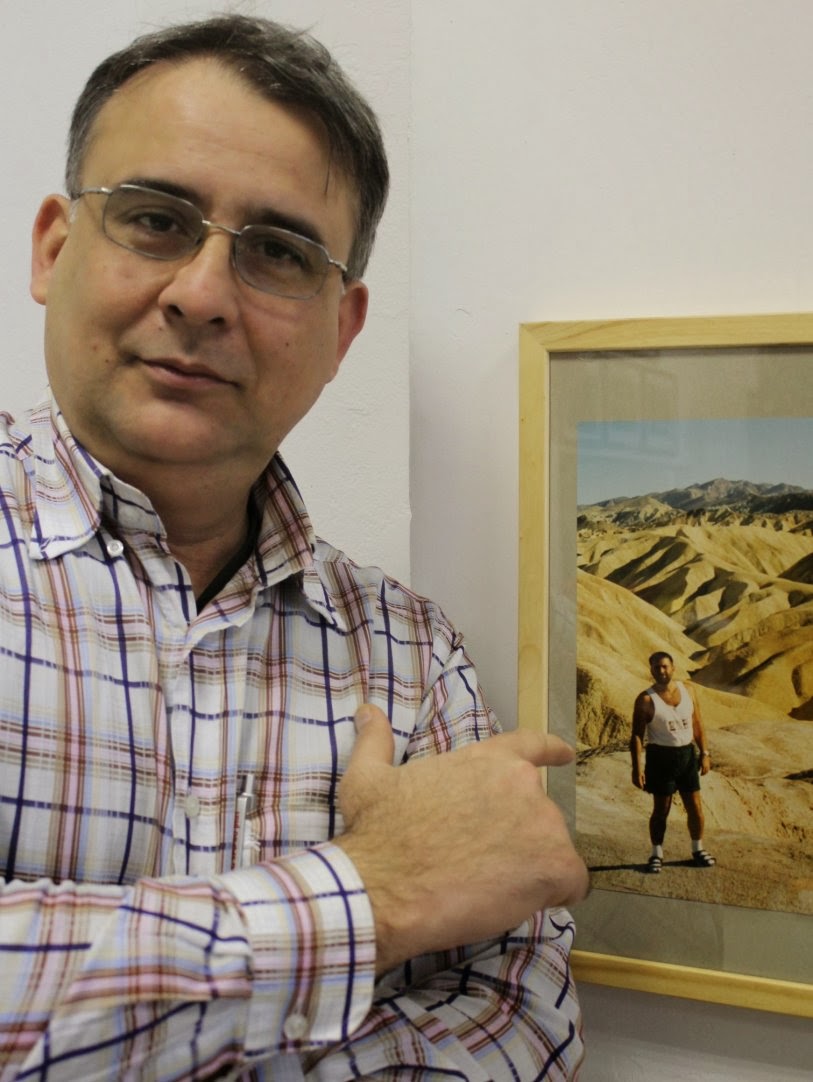 Janos is the ‘Boss’ of my AWO centre in Lichtenberg. I have just told you about the history of the organisation, and our Thursday breakfasts. At the end of last year he asked me to help him set up a blog. I obliged and even did a post to my blog to tell you about it. I included a photo of him taking a rest after all his hard work.

Since then I have repeatedly asked him to update his blog. “Yes, okay John, but…ah.. er.”. I took my camera to the breakfast this morning and told him I wanted to take a couple of shots for his new update. He agreed and I took the shots.

One is of him in front of a photo taken in the early 90’s, when he was in the USA. He looks very muscular in the photo and told me he did a lot of training then. He agreed that I take the shot on the basis of  ‘Before and After’ 🙂 I then took a shot of him at his desk. So far so good! 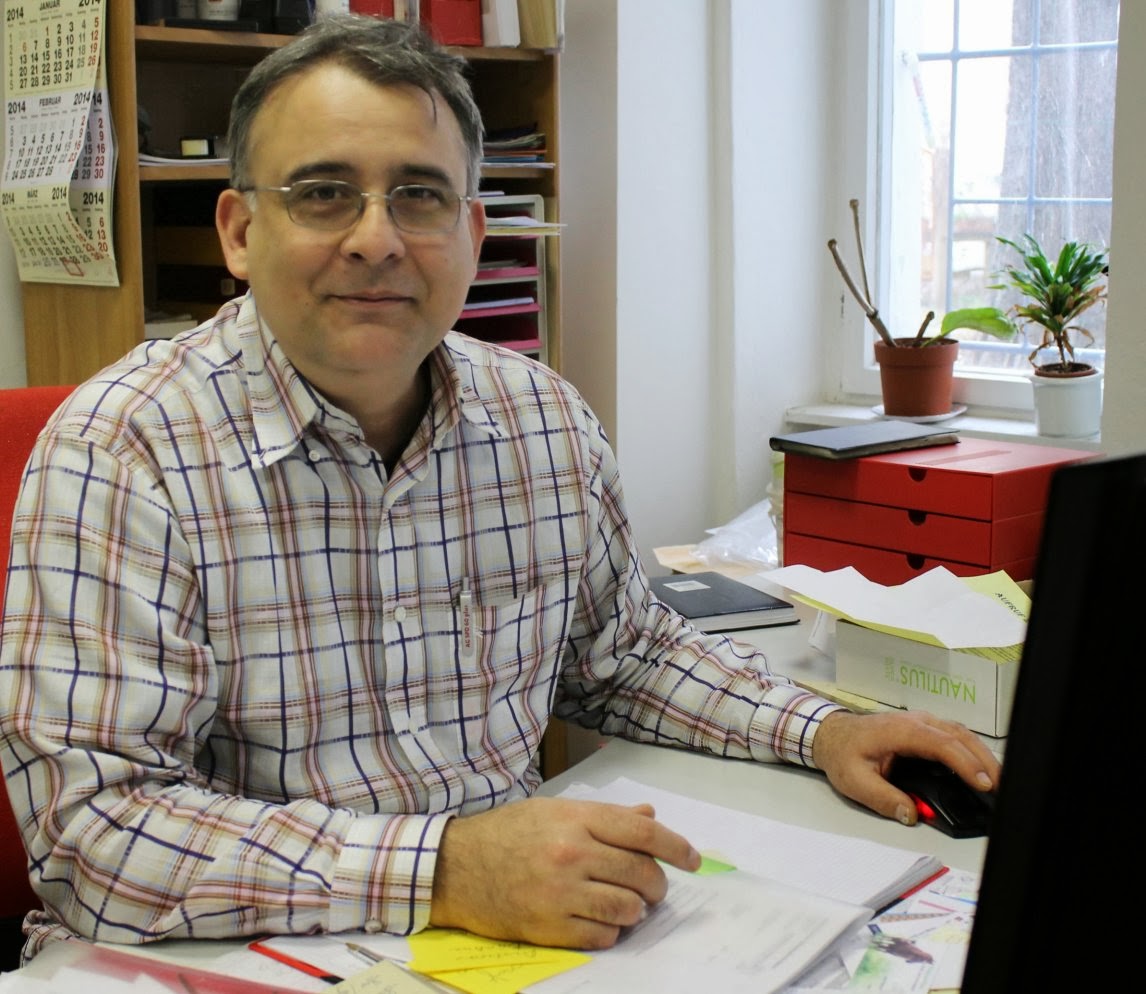 We then decided to open his blog and make some changes before I uploaded the new photos onto his blog. Then we hit the BIG problem. Yes, you have guessed right. He couldn’t remember his blog name and password. Lots of looking through records and bits of paper on his desk. To no avail!

He said he would systematically go through his papers/records for we both remember he wrote the information out/down. But where is it? I told him I would post to my blog and he said, “Do it”.

Last point about his name. He is from Hungary and when you speak his name you have to say the ‘s’ as ‘sh’ so Janos sounds like Janosh. Got it? Just like Budapest is not that but spoken as Budapesht!