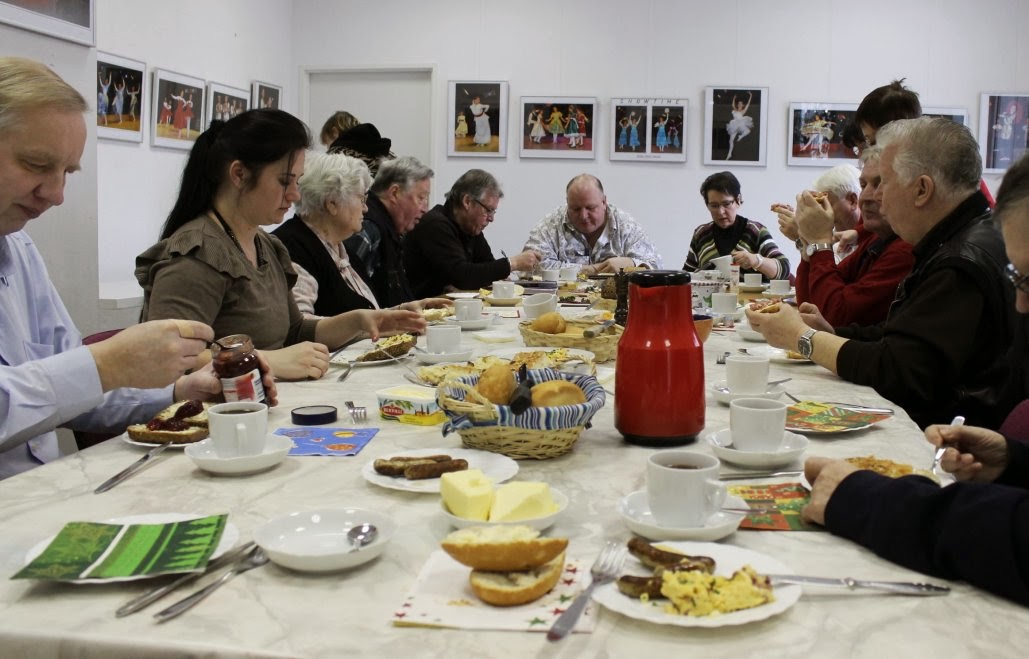 This morning I went to the Thursday breakfast at the AWO rooms near to Lichtenberg U-S-Bahn and railway station. Usual nice greeting when I entered the breakfast room and the red flask of tea was waiting for me in my regular corner. I think I can hear the Silsdeners asking what the AWO is. Let me explain, then add some pics from this morning.

A Short History:  The Arbeiterwohlfahrt (AWO) was founded 13 December 1919, in the poverty and hardship that followed the end of WW I, and creation of the Weimar Republic under President Friedrich Ebert (SPD). It was founded to meet the needs of the poor in the SPD by Marie Juchacz (1879-1956). She was a SPD member of the National Assembly. 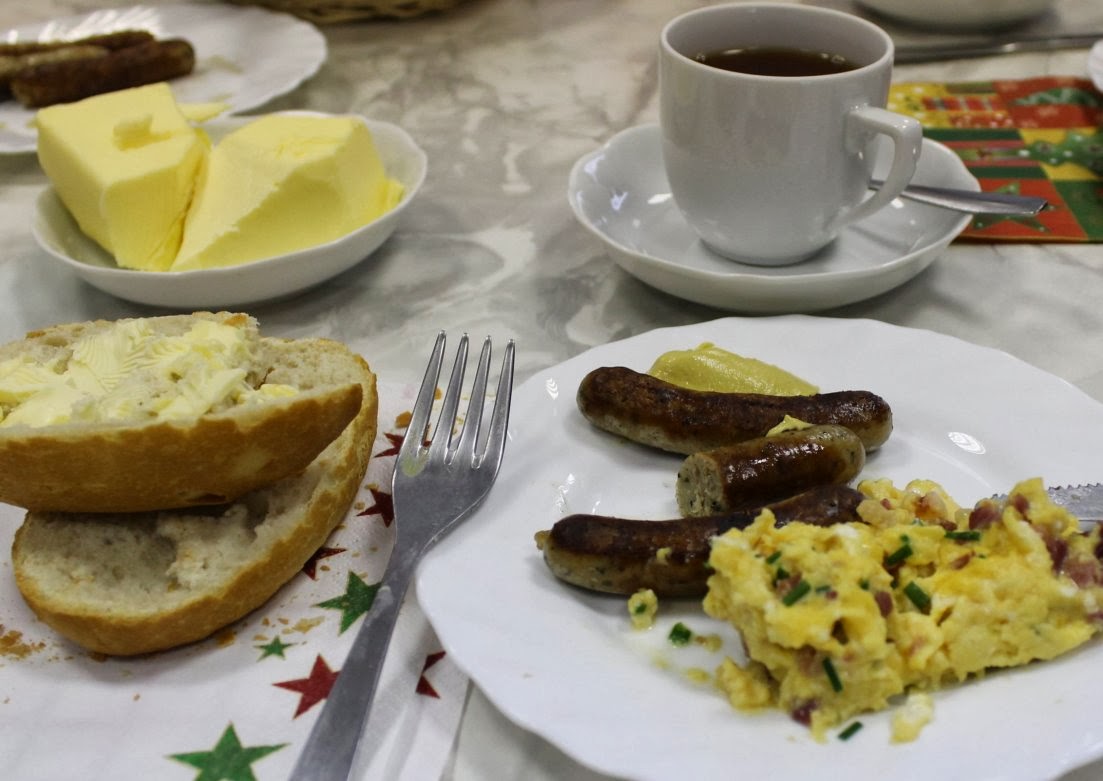 More Short History: In 1919, millions were hungry and without work. It offered free meals and training to help people find work. It later developed into a help organisation for all socio-economic weaker people. After Hitler and his Nazi Party came to power in 1933, the AWO was closed and banned. It was re-formed in Hannover in 1946, but this time for the socio-economic weak regardless of party or religion. In the Soviet Zone, and in the later DDR/GDR, it was not allowed to operate. After re-unification in 1989/90 it moved into the east and now operates throughout the German state.

It now has 401,000 members. One of them is me 🙂 I joined in November 2013. It has 145,000 workers making it one of the largest employers in Germany. It is one of the top six social welfare organisations in the country. Structurally it is a decentralised organisation based and organised in localities. 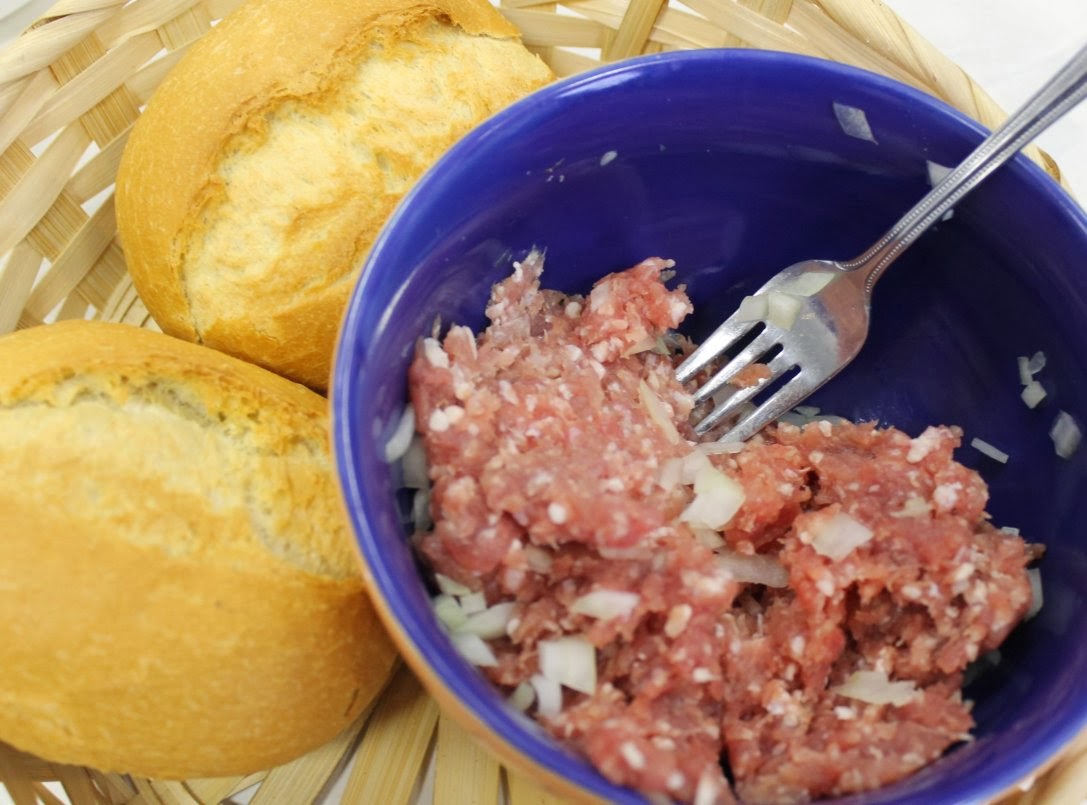 Its main function is still to support the socio-economic weaker in society. It is also active in supporting the disabled, seniors, nurseries, public all-day schools, psychiatric clinics, school holiday camps and advice centres for migrants, asylum seekers and people in emergency of any kind. I’m happy to support it.

The Thursday breakfasts are mainly supported by local SPD member who for various reasons live alone, or support sick partners. It offers all a chance to meet and enjoy an hour talking to other people. The topics range far and wide. It is now a very important part of my weekly routine.

Now for the photos. What do you think of my breakfast? Here is a photo of raw meat with onions – eaten on fresh rolls. Very popular! I find it …Yuk.. Yuk..and Yuk.  Never!!!!