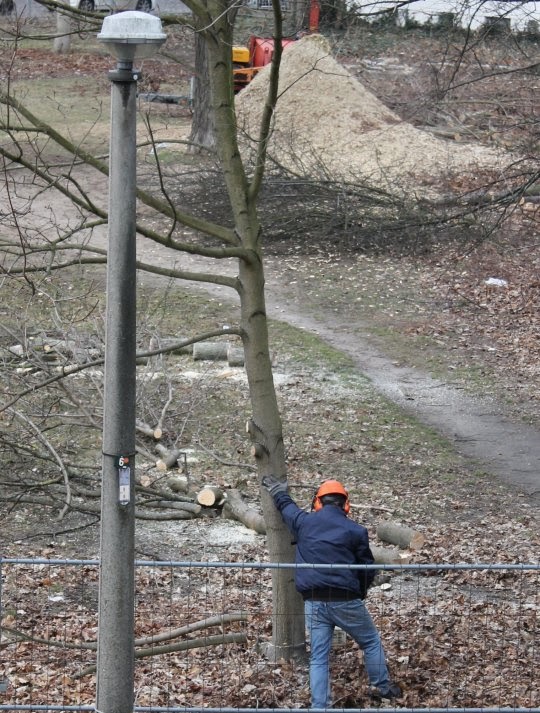 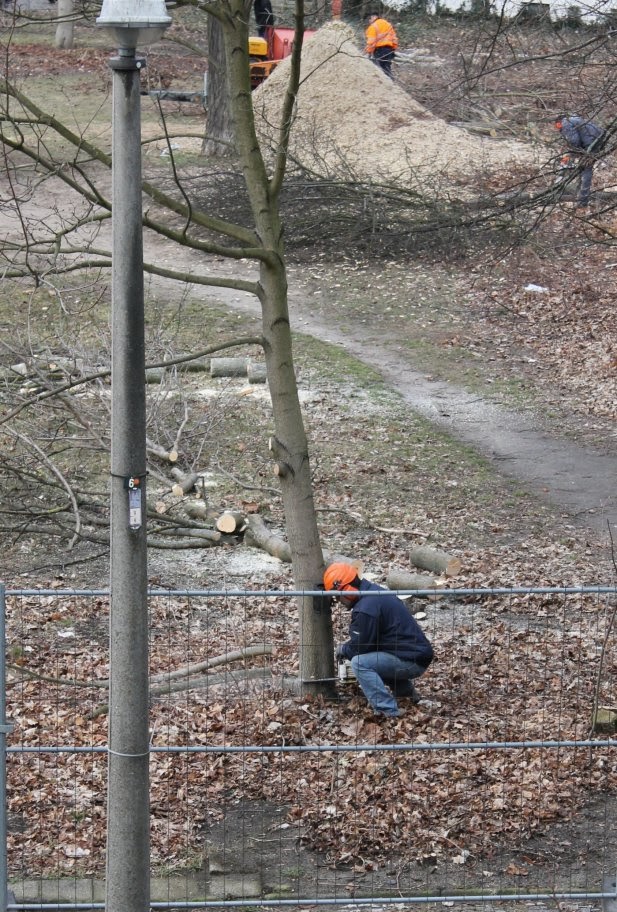 I watched a tree fight back this morning. I blogged recently about building new flats on the triangular ground in front of my flat. I showed photos of the area and told you about building plans.

Yesterday, I got a letter from my housing association. It owns the land. It contained news about the next building stage. The ‘lads’ arrived this morning to continue with land clearance. The snow has gone so time for felling.

Felling comes from the verb – to fell something or someone. You can fell a tree = cut/chop it down. You can also fell a person = in boxing = he felled him with a blow to the chin. You could also fell him with a sword, or battle axe. See some of Mr Shakespeare’s texts! He liked some nice bloody felling:-) 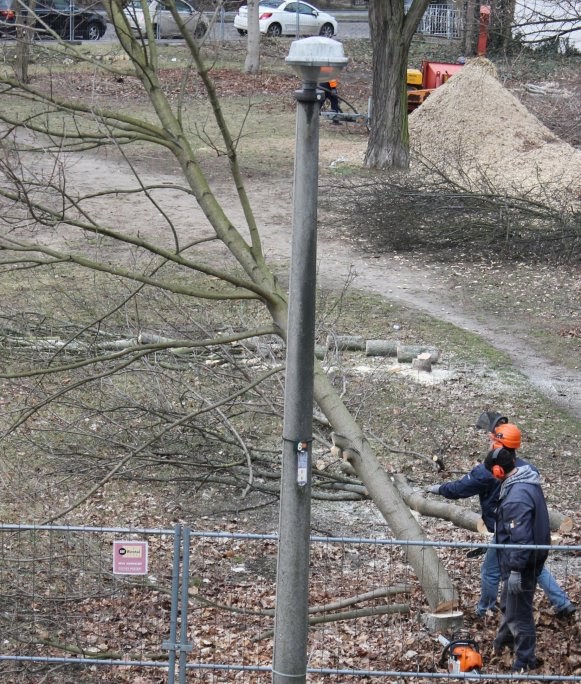 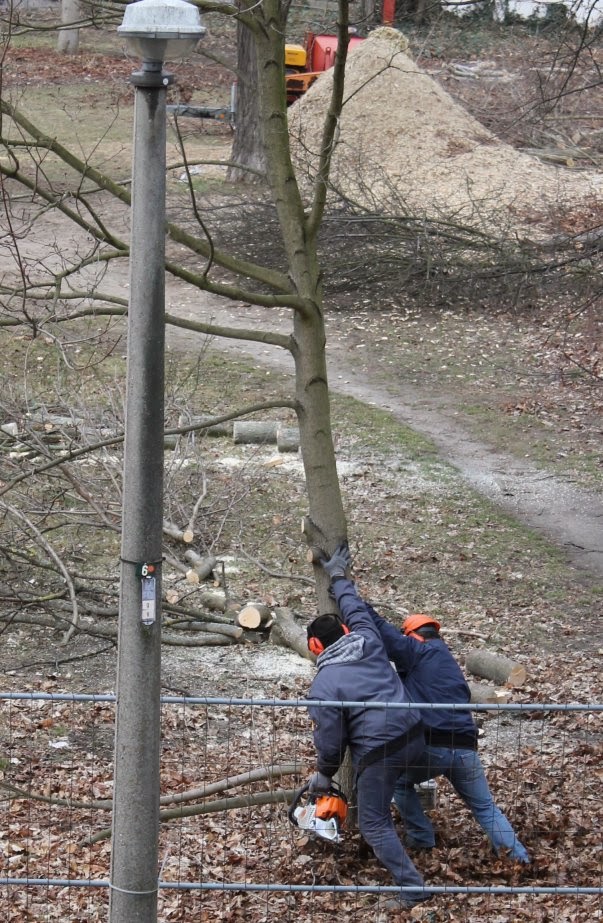 I watched them settle down to work. Some chopping, feeding branches into a loud machine, which spewed out (that is a good phrasal verb to add to your vocabulary) the branch as wood chips to increase the growing pile you can see in my photos.

One of the lads, let’s call him Fred, advanced into the mini-wood. He chopped down some small branches and trees. Then he advanced to one near the fence, and of a more substantial girth. Fred put his machine-saw into the base of the tree. He cut. The sound of the saw decreased and slowed. The tree was fighting back.

He tried to pull his saw out. He couldn’t. The tree had collapsed into the gap and trapped the blade. The machine made a noise, but could not cut further. Fred called a mate/der Kumpel  for help. He arrived with his saw. They pushed the tree. Nothing happened. They pushed again and still the tree fought back.

Fred and Kumpel had a talk then decided to free Fred’s saw from the tree. Kumpel attacked tree and made another deep cut. They pushed again. Nothing. Kumpel cut deeper. They pushed more. The tree moved. Kumpel cut further. More pushing. The tree slowly fell over and Fred could recover his saw.

They then cut up the felled tree before going for a coffee break. Poor tree(s) but I really like the way this one fought back. More blog posts about the future of my building site.