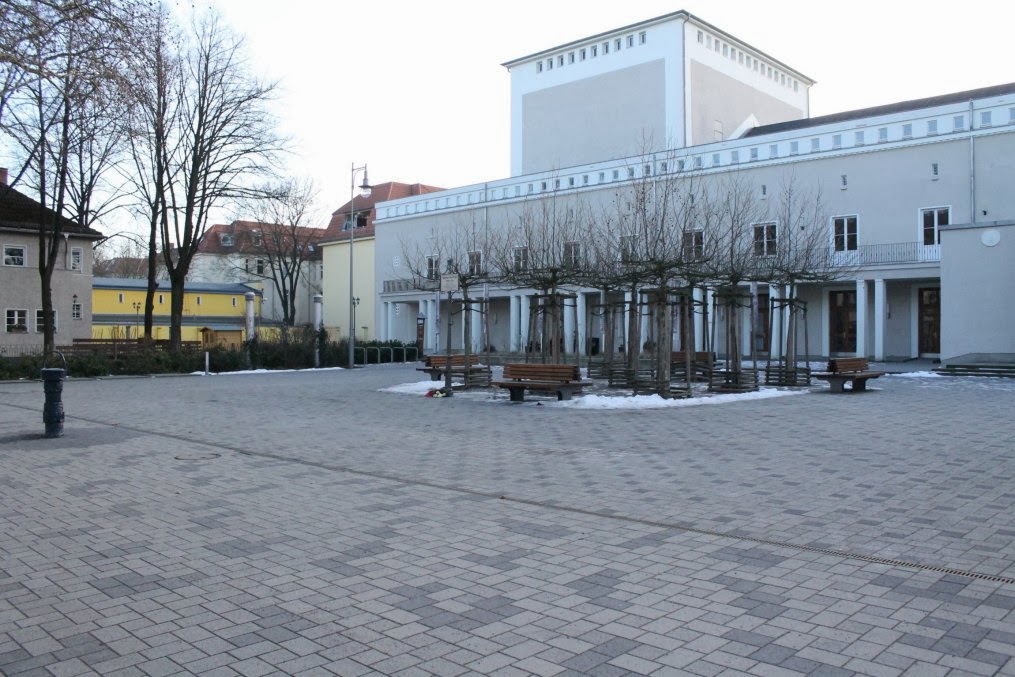 I have just returned from a “feierlichen Namensgebung” = a celebratory naming of something. The place was the Stadtplatz in front of Kalshorst Theatre and Music School. It is the large building in the background of the Stadtplatz photo.

The area was created about a year ago and forms the centre of Karlshorst. The S-Bahn station is behind the Theatre and the main shopping area is next to the Platz. I got an invitation from the Mayor of Lichtenberg early January inviting me to attend the ceremony.

I arrived to discover about three hundred other citizens standing in the Platz. I was clearly not the only one to get an invitation. We stood in front of a pillar with a cloth covering its top. In front was a microphone, speakers, a local TV team complete with large camera, and a bevy of journalists either making notes, or taking shots of the event.

The mayor gave a clear speech telling us all about Johannes Fest (1889-1960). The Stadtplatz was to become “Johannes-Fest-Platz”. The word Fest has more than one meaning: As a noun = das Fest means a festival, as an adjective it means fixed, and as an adverb it means firmly. Mr Johannes Fest was a fixed and firm opponent of the Third Reich and all it stood for! 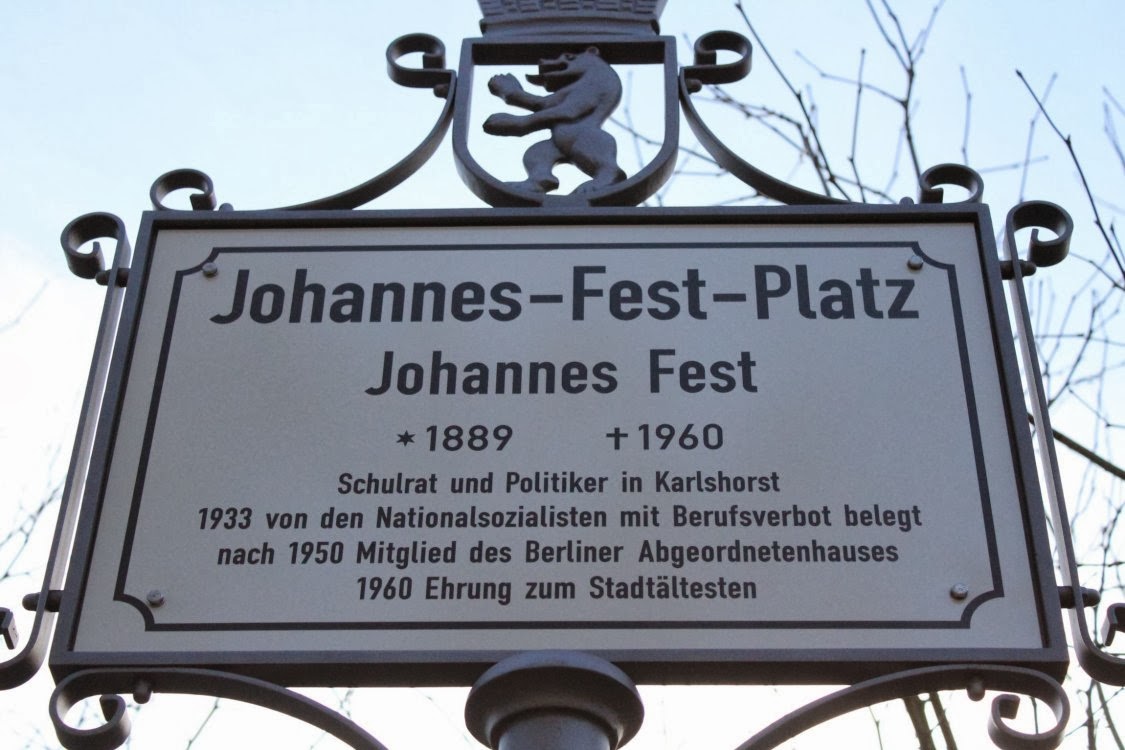 He was not a member of the SPD, as some of you may have thought, but an active Catholic and member of the Centre Party. He was a member of its Central Committee from 1925 to 1933. He was also a member of the National Railway Company organisation active in protecting the then republic from its opponents, we could even say enemies.

He was a Schools Inspector in Lichtenberg and kicked out of this job on the 18 April 1933 by the Nazis. He survived economically by giving private lessons to children with learning problems. He was imprisoned by the Soviets at the end of the war, and when released joined the newly formed CDU party.  He returned to local government and the education system.

He married and had two sons. One wrote a book about his father’s life and read from it during the naming ceremony. Music was also played. His favourites seem to have been Mozart and Bach! It was all a new experience for me, and pleased to have been invited and shared in the ceremony.

Now I am off to celebrate the evening with Marita and Dorothea over a superb meal and something nice in a glass 🙂  Enjoy your evening!