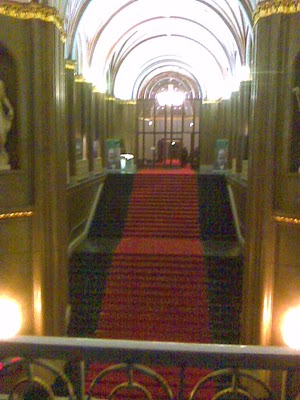 Yesterday I went to das Rotes Rathaus. Rot = Red and German Rat does not mean English rat! Der Rat means advice, council, councillor and das Haus is the building in which it takes place. Now you know it means Town Hall. The one in Berlin is made of der Backstein = redbrick, hence the name Red Town Hall. 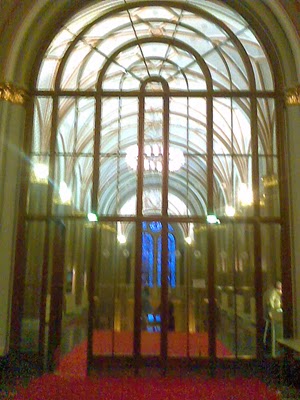 I was invited to afternoon coffee and cakes with talks, presentations and a quiz about the European Union. There were a number of prominent guest in the room and we were joined on a large screen by Herr Dr. Wolfgang Schäuble CDU, who is the Bundesfinanzminister (Federal Finance Minister) and Martin Schulz SPD, who is President of the EU Commission. Both gave prepared speeches and asked questions to test our knowledge of the EU.  Prizes were given. I didn’t get one! 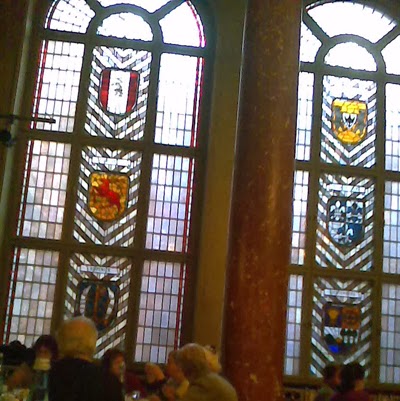 I washed my face extra hard when I showered and put on appropriate clothes, including a dazzling white shirt, gold cufflinks and a tie with red in it! The day started at the Oldie Breakfast when they all gasped as I entered the room and asked why I was ‘dressed up to the nines’.  When I told them, they said I should ask the Finance Minister what he is doing with their money! That did not surprise me for most are SPD members.

I really enjoyed the event. All present were 60plus and also happy to be there. A nice atmosphere and I learnt a lot more about the EU for I was given an information pack. In the general discussion, one man complained about the ‘British’. Not sure he meant the people or the government, but he said the were bad EU members and he expected them to leave if given a referendum. Lots of nodding of heads. I didn’t nod. I just smiled for as you know I am ready for that day! 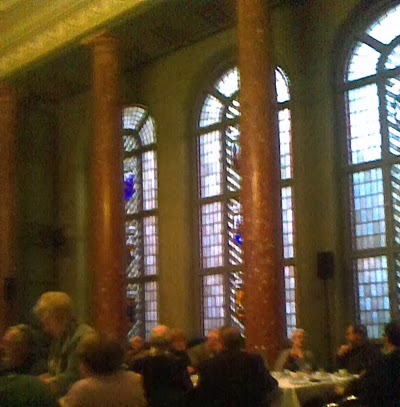 The event took place in the Coat of Arms Hall. Each district of Berlin has a coat of arms, just like me! They form the windows of the hall. Most date back to the municipality of Greater Berlin which was formed in 1920 and divided into administrative boroughs. The floor and door frames are made of red marble from Thuringia. The architect was Herman F. Waesemann who designed it in 1859. He took the design of Italian town halls of the high renaissance period as his inspiration.

It suffered extensive damage in the Second World War and was rebuilt between 1951 and 1956. It is the home of Berlin’s Governing Mayor, senators and senior civil servants. In other words, the government of the State of Berlin. Its parliament sits in the Abgeordnetenhaus near to Potsdamer Platz. The Town Hall is just south of Alexander Platz. Visit it when you come to Berlin!  Here are a few shots I took inside with my mobile phone camera. I improved the quality via my Photoshop programme. It is called cheating 🙂