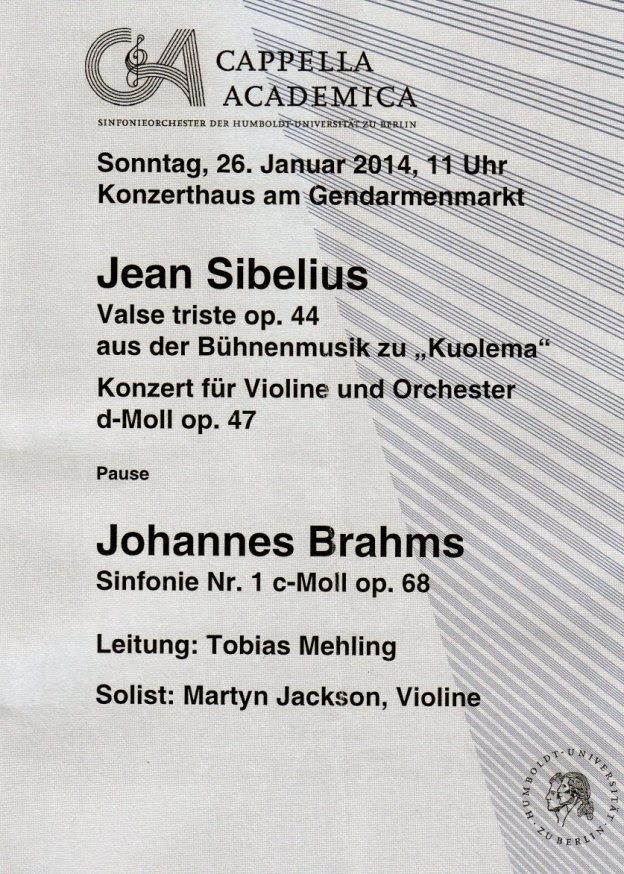 The highpoint today was rushing to the Konzerthaus for a lunch time concert. Business partner Mathias contacted me a few days ago to say he could not go, because of teaching commitments, and would I stand in.

I did that happily and so met his ‘better half’  Sylvana and her parents again. They are regular concert goers so we always have lots to talk about. It was nice seeing them again and sharing a Sibelius and Brahms concert. A programme designed to put ‘bottoms on seats’ with no discordance or atonality to be heard in the music. 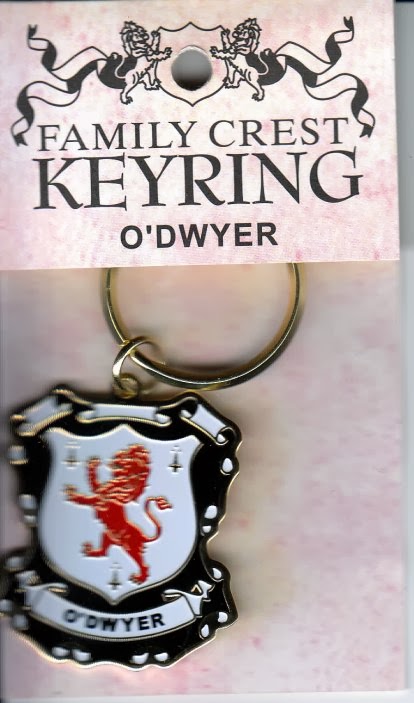 The music was played by Cappella Acadica. This is another name for the Symphony Orchestra of Humbolt University in Berlin. A good mix of students and teachers. I found it interesting to note that the majority of players were women. In fact 49 out of 74 players in the platform = about 66%. Well done.

The conductor comes from Leipzig, which has a strong musical tradition. He was born in 1980, and now conducts three different groups of musicians in addition to this orchestra. Not bad!

The violin player in the Sibelius Concerto was born in England in 1988 (even younger) where he studied at the Royal College of Music in London. He is now resident in Berlin and a student of a famous Prof of music here. What talent!

Sylvana gave me an envelope from her and Mathias. Inside was a Keyring inscribed with the O’Dwyer family crest. See photo. They were in Ireland in autumn, but didn’t tell me they had bought this as a present for me. I was really pleased to get such a surprise gift. Thanks very much to both of you. I shall use it every day!