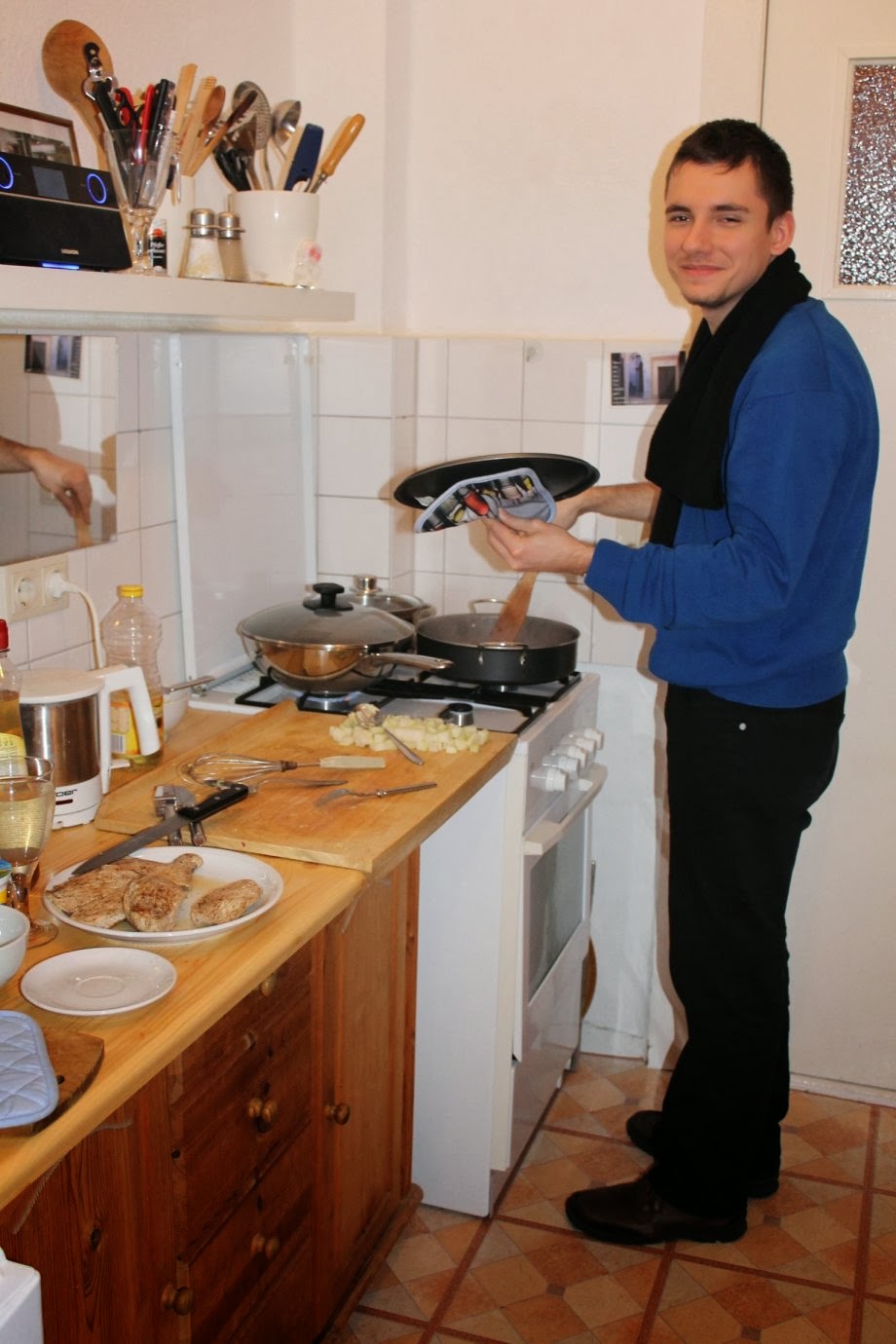 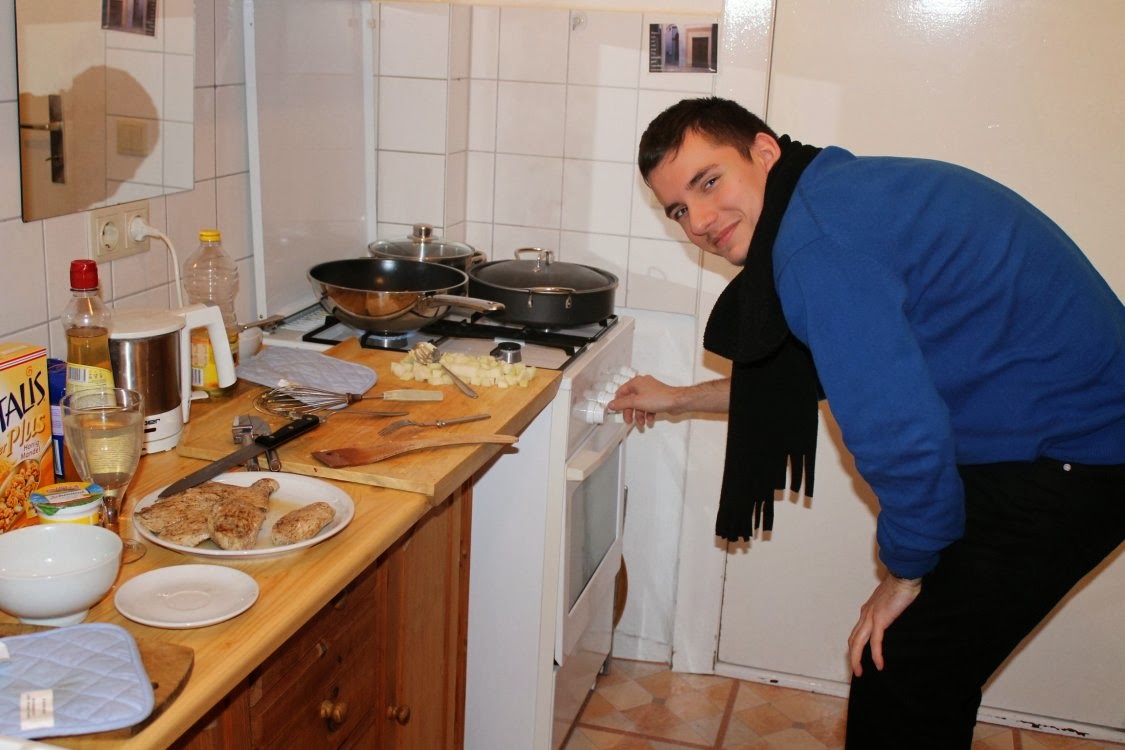 Yes, Saturday afternoon arrived with -13°C, snow and a ring on the doorbell. You have guessed right. It was Marcel! He had managed to crawl out of bed and get here by 3:00 pm. Ahhhh, the delights of student life in the holiday period!

We had previously talked per telephone and agreed the visit. He wanted to cook again and so brought the necessary ingredients. He felt creative and so I let him get on with it. As he cooked, I watched, sipped something tasty and red from a glass and we exchanged news. 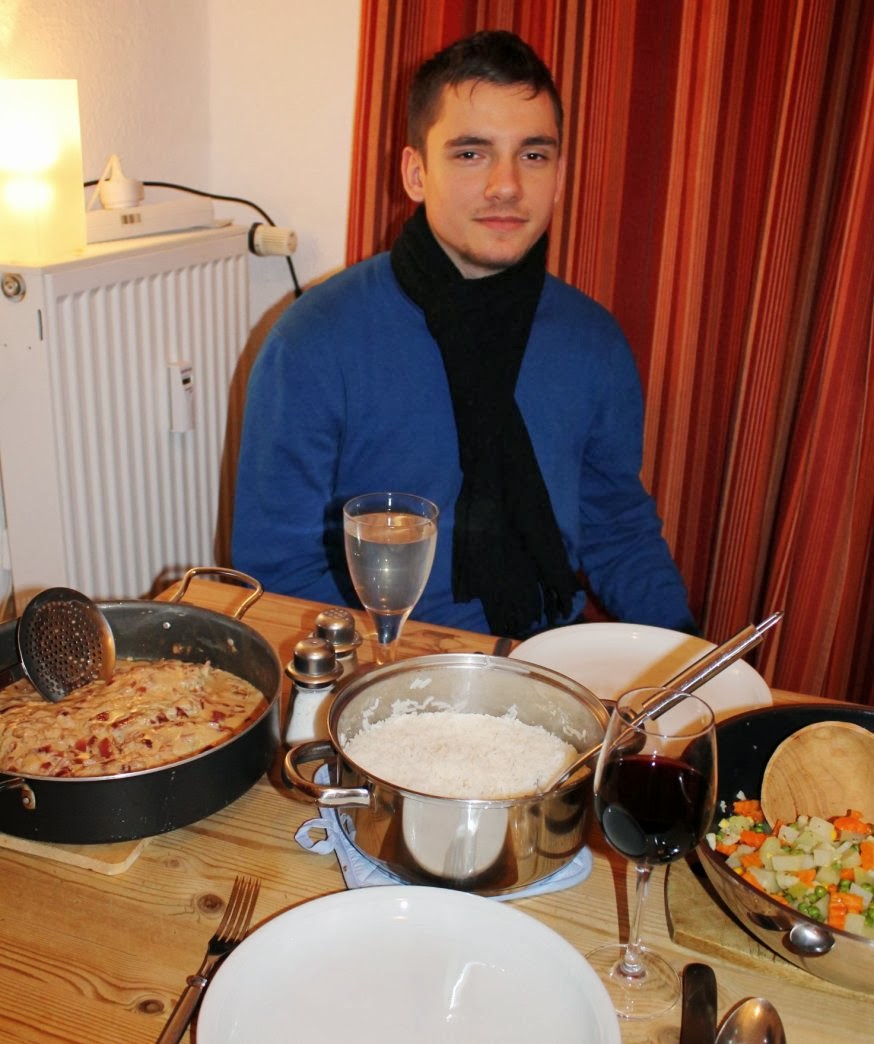 He had found a student job and starts tomorrow. Guess where and what? Think……yes, in the kitchen service sector which takes in everything from helping to cook to washing up. A new experience for him in addition to reading lots of notes about the theory of driving, logic and mathematics. An interesting mix of reading topics!

He cooks now with a lot more assurance and confidence. Part of this could be that he knows my kitchen, and what is in it, better than I do. He allowed me to take a few photos, and post to my blog, to show him in action. Here they are.  The food was delicious. He must have also thought so for he had a large second helping.

After we cleared up we watched a very interesting film made in England on a low budget. It was based on a book about a man who was abused as a child, lived in homes, in prison, on the street until hit by a train in his early 30’s. It was made with considerable sensitivity and good acting. I think it was called, ‘ A Life Backwards’. Perhaps you know it/have read the book/seen the film.