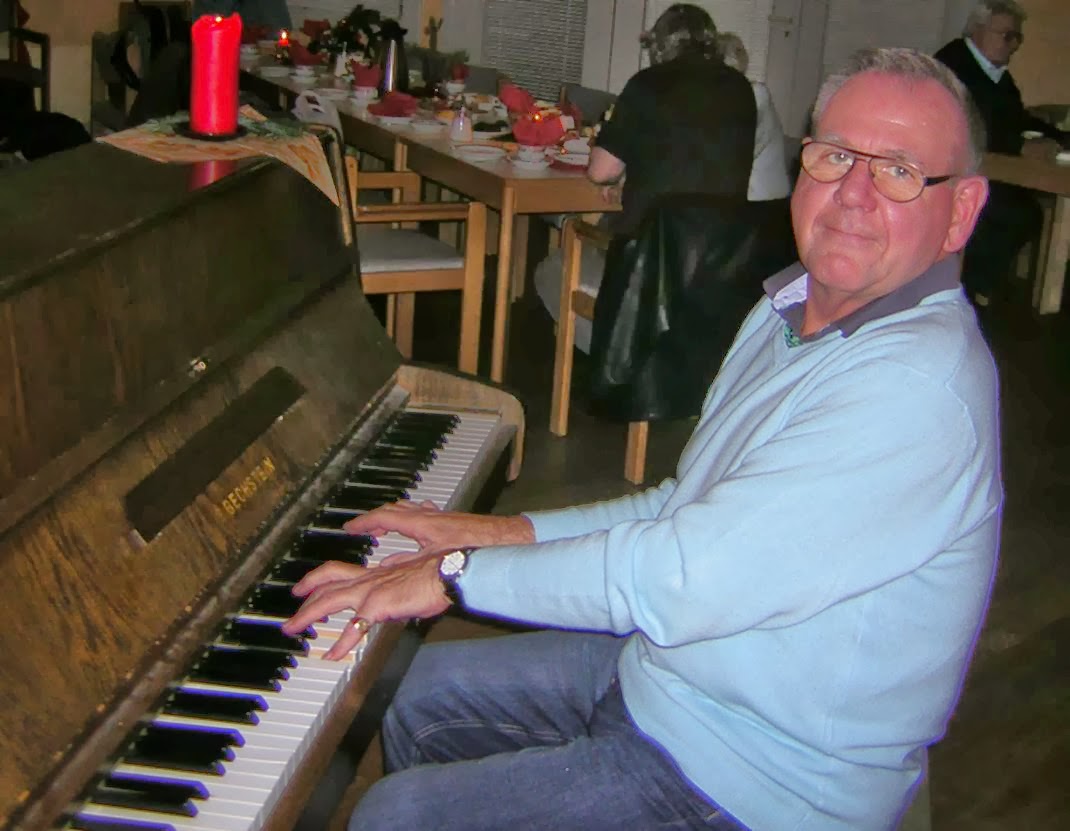 I started the new year with music and it looks likely to continue. On Thursday 2 January I went to the Konzerthaus Berlin in Gendarmenmarkt. This is just off the famous Friedrichstrasse in the old, and new, centre of Berlin.

I have been there many times and reported on this blog. I was invited to a special concert by Uli and Petra. All the family were there to watch one daughter playing in the orchestra. The event was called Neujahrkonzert “Swingin’ Classics” presented by the Junge Philharmonie Brandenburg and the Landesjugendjazzorchester Brandenburg.

I went there last year and posted a report on this blog – remember? This concert was as good as that. This time one of Uli and Petra’s daughters was playing. They have three children and all are musical and play in different orchestras. Their son is a professional musician. What talented young people!

They played classical music from the Romantic period, backing to a modern piece for harp and then a programme of Gershwin, Bernstein and Latin Jazz. The place was sold out and full of family members. The atmosphere was very relaxed and friendly. The perfect way to start the year.

I’ve been invited to a lunchtime concert there on Sunday 26 January, then on 31 January to a Beethoven and Schumann concert at the Kömische Oper. On the 2 March to the Philharmonie for a Mahler concert. This is the symphonic version – with Bruckner symphonies – of  ‘Heavy Classical Metal’. Great.  Happy listening!

Either the rhino is singing along or saying. ‘AAAAAhhhhhhh!’ at the dentists!