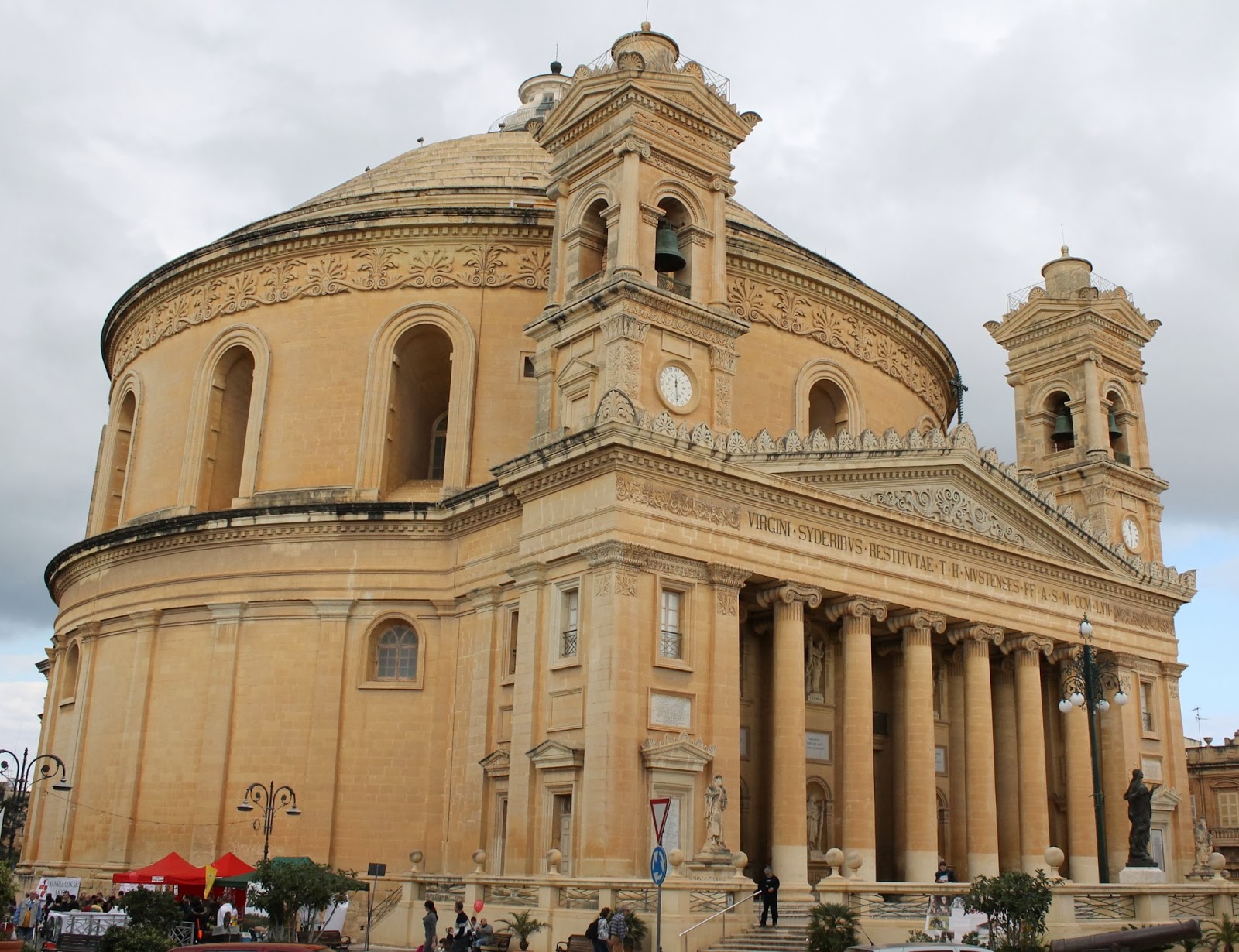 Last Monday we decided to take a bus to Mosta. It is a town situated in the middle of the island to the north-west of Valletta. It has a population of about 19,000. The main attraction is the Rotunda – a huge round church with the third largest unsupported dome in the world.

On 9 April 1942, the church was nearly destroyed during World War – II  An Axis bomb hit the dome of the church but failed to explode. The detonator was removed and a replica bomb is now displayed. I hit it with a large hammer when no-one was looking but it didn’t go off. I wondered why there were so many old cannons around the church. Perhaps to stop the Protestants getting in and taking it over! 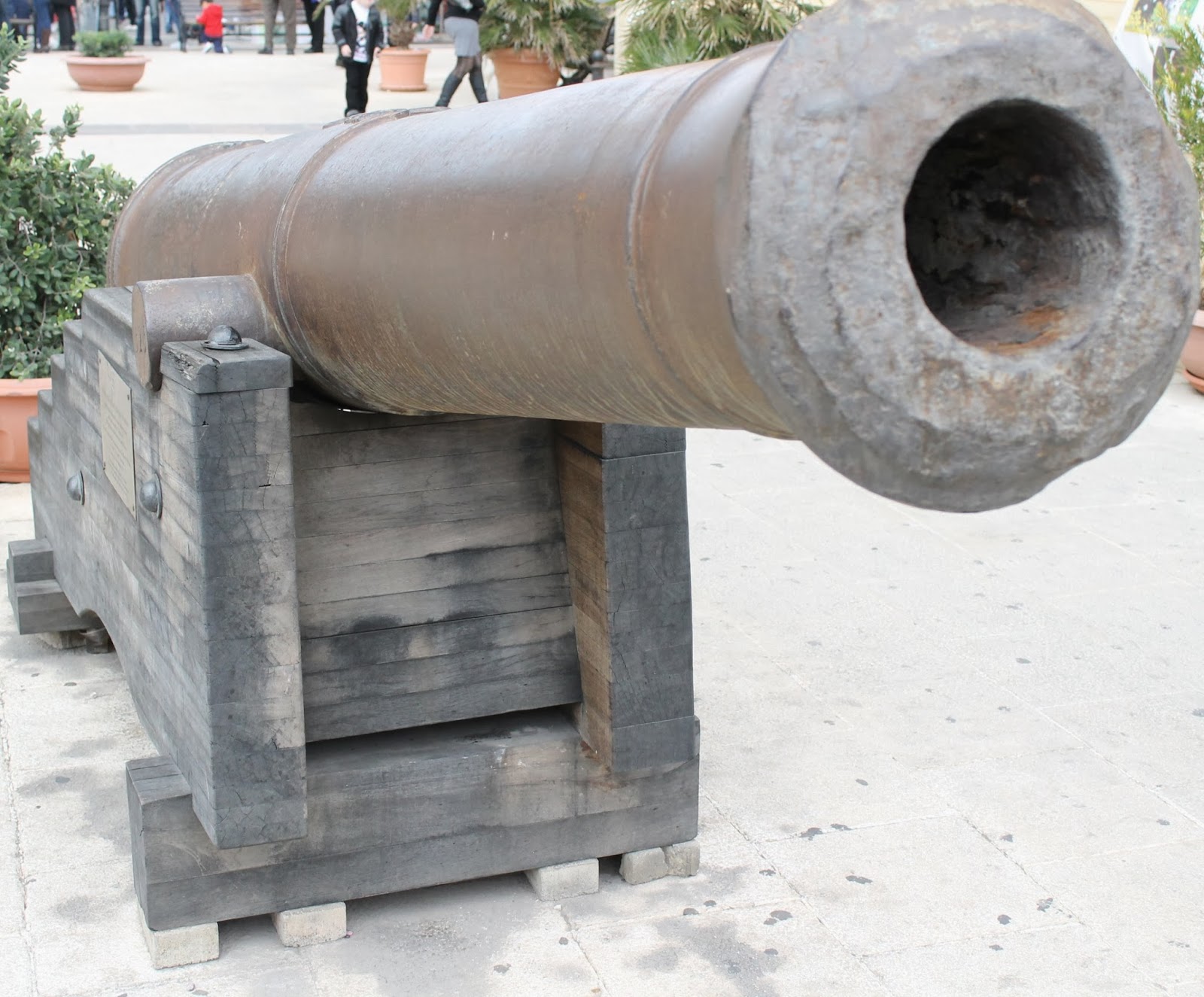 The Rotunda was designed by George Grognet de Vasse. Mosta residents, at that time totaling not more than 1500, built the church. It took them 27 years to complete but “the result is a tourist attraction of world standard” =  according to the tourist guide. Guess who paid for it! You have one guess and it wasn’t the Catholic Church! 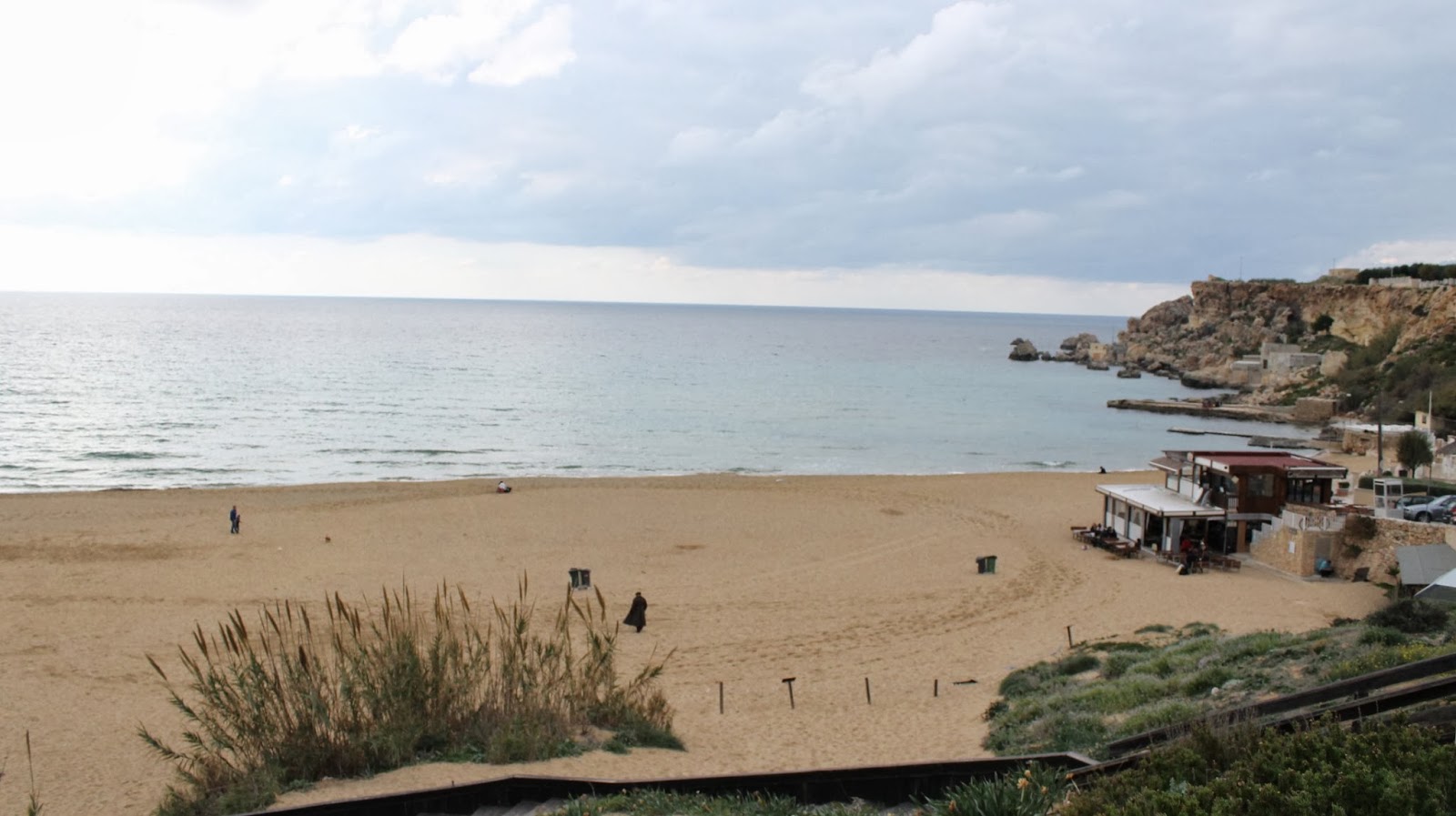 From there we continued by bus to arrive at Golden Bay on the north-west coast of the main island. From my research I established that there are three sandy beaches on this island. Imagine what it is like in summer when all the residents and tourists are elbowing each other to find a place to sit on the sand! No thanks. I’ll sit on the stone.

We had a walk along the short beach. Took all of five minutes, then found a cafe for a light lunch. More wandering around before we jumped onto a bus to head back to Valletta.  A bit of shopping at M&S ended the day as the sun went down and the cold evening/night returned.