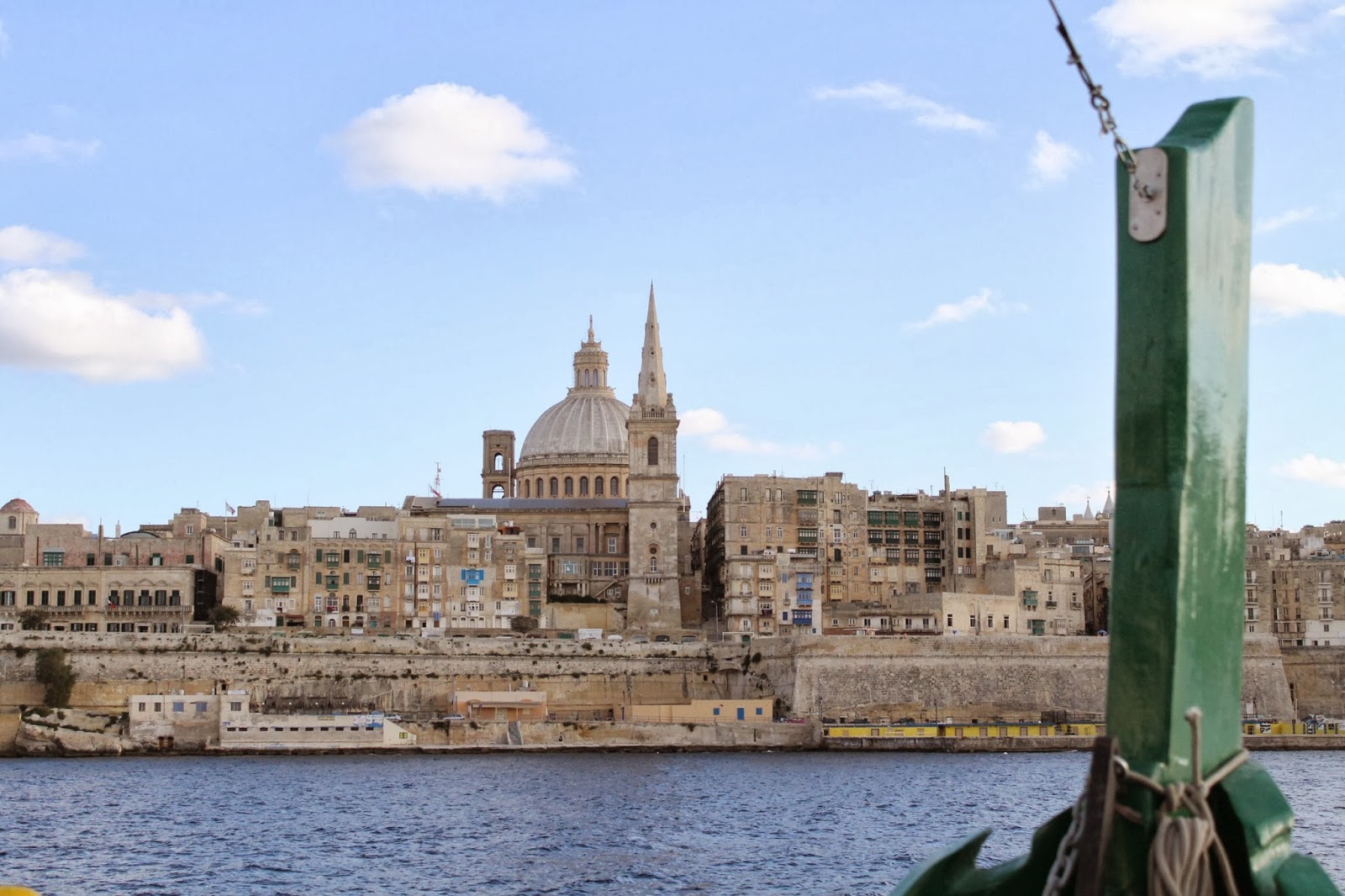 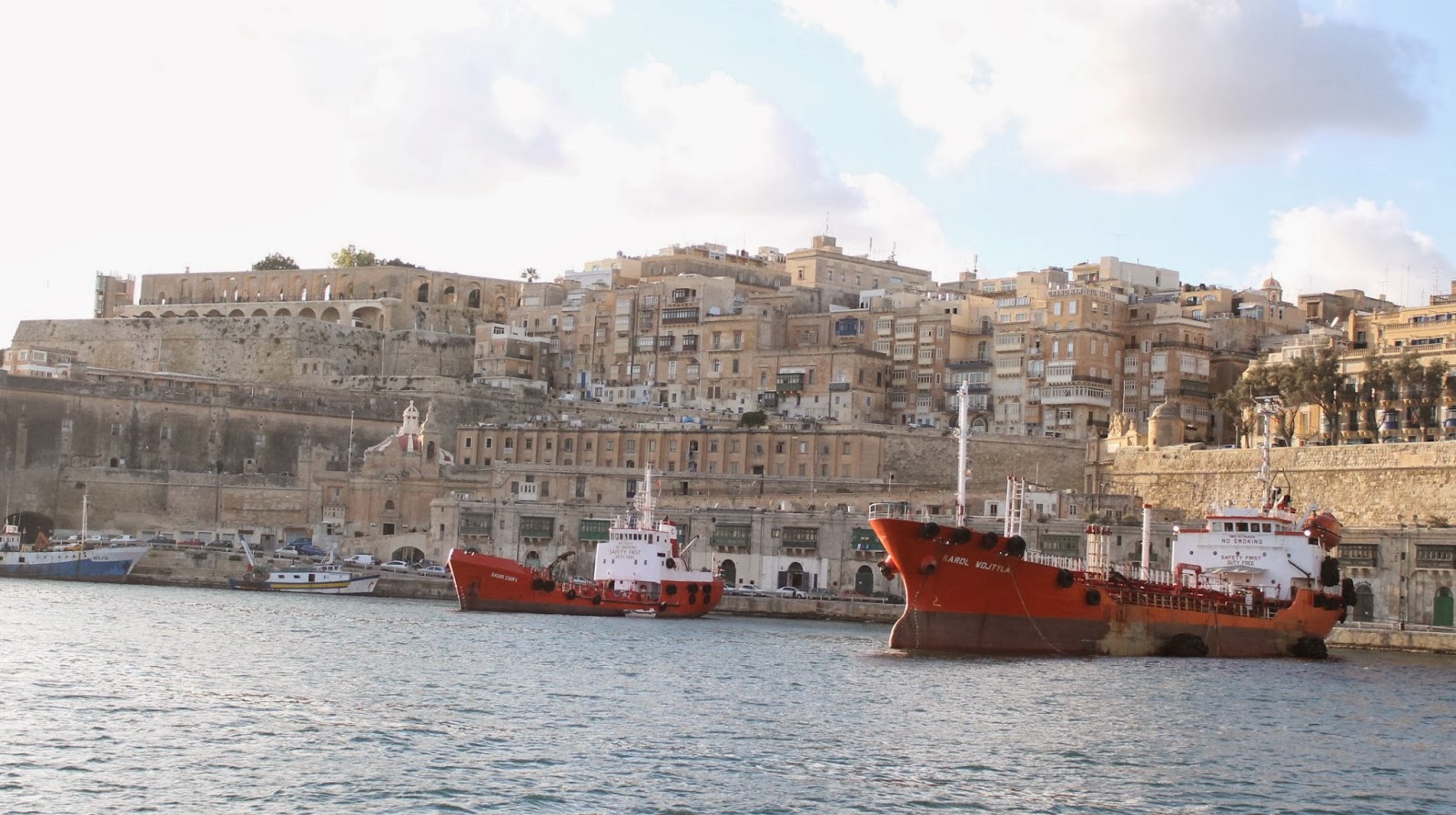 A number of places use this title, but the oldest has to be the very deep natural harbour complex at Valletta. It lies on the north-east shore of the main island and is one of two accessed from the same entry point. To the north are the natural harbours around Manoel Island, which includes Sliema where we stayed. 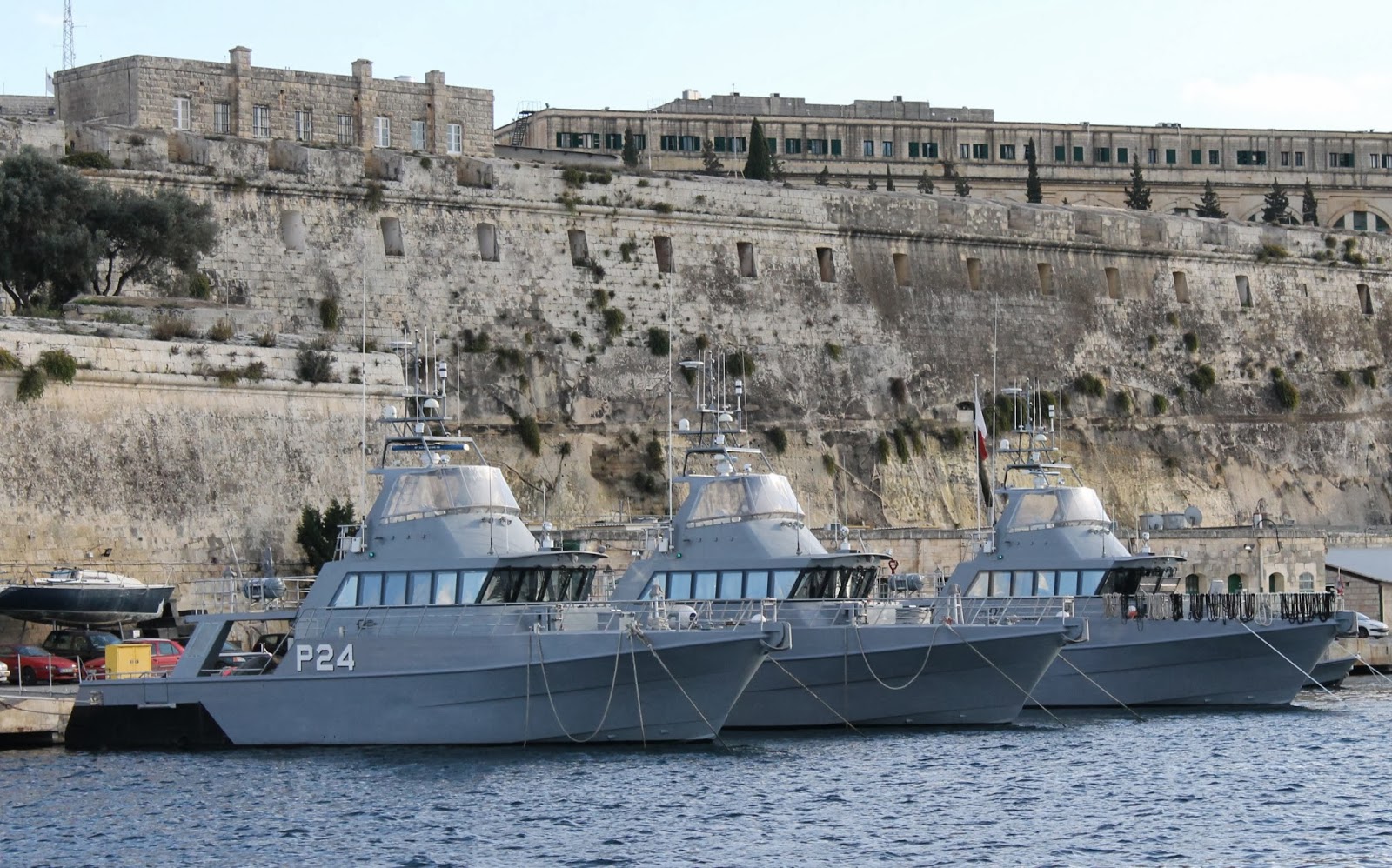 The Grand Harbour was the base for the Knights of St John ( not me!)  for 268 years, and after their departure became a strategic base for the Brits for a further 170 years. The area was the scene of much of the fighting in the First Siege of Malta when the Turkish navy/army attempted to take it over.

The whole area was heavily bombed in the Second Siege of Malta during World War II. The docks and military installations were targets for Axis bombers. They destroyed much of Valletta and surrounding urban areas and caused large numbers of civilian casualties. 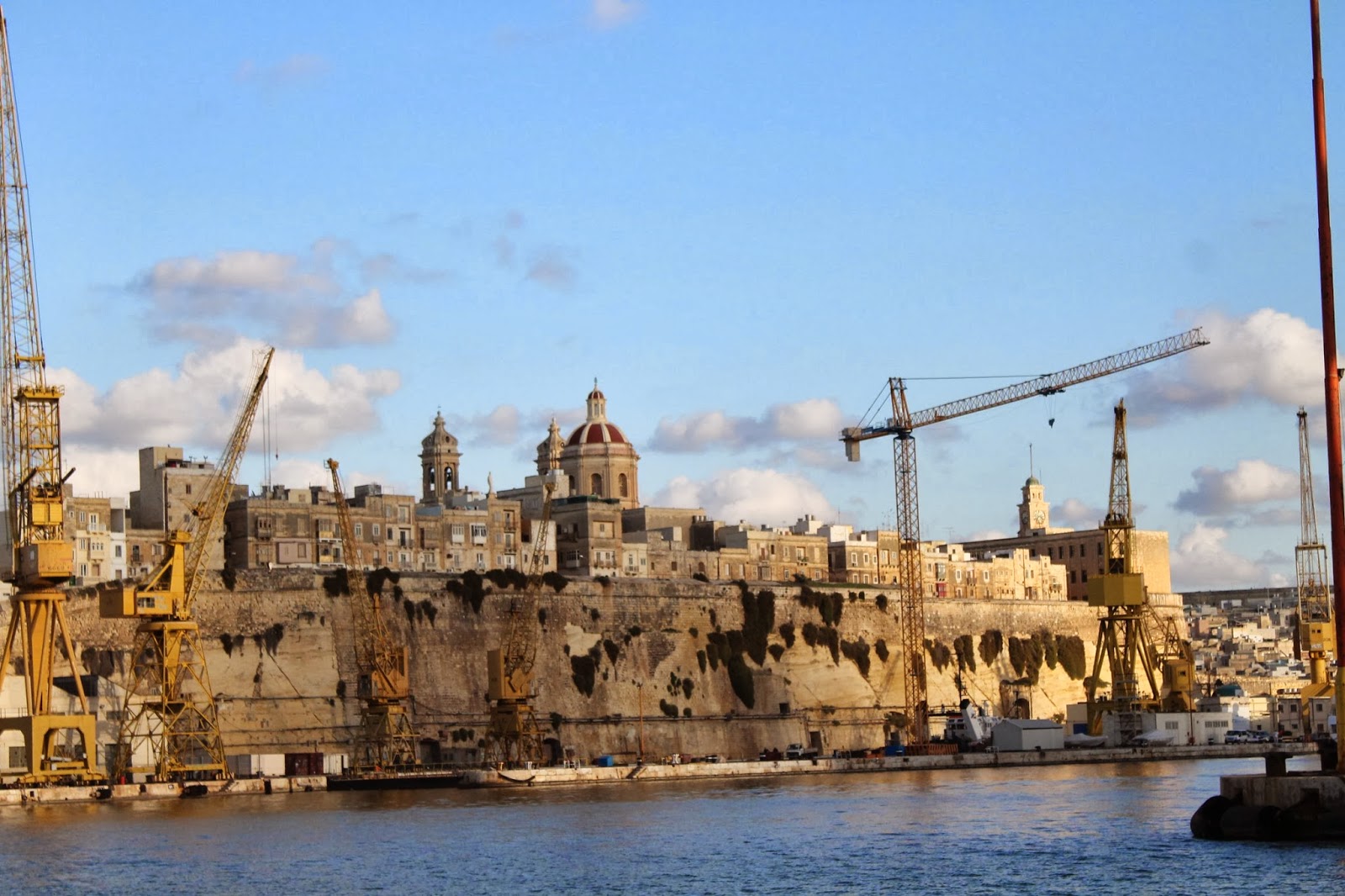 The dockyard is still active but with the departure of the British military forces the harbour lost much of its military significance. A considerable part of Malta’s commercial shipping is now handled by the new free port at Kalafrana so the harbour is much quieter than it was in the first half of the 20th century. 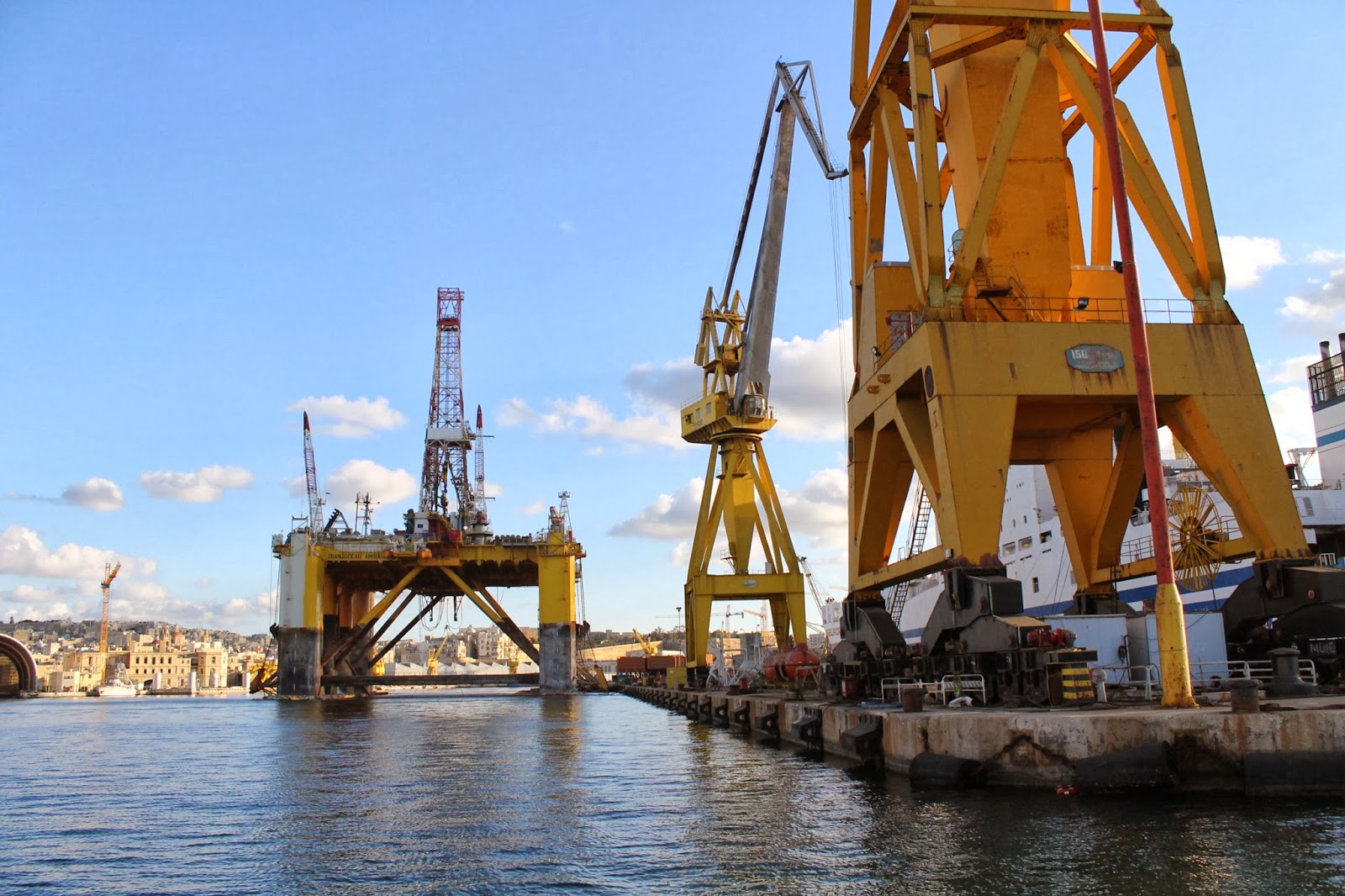 On my last afternoon, we took a boat for the two harbour tour. I enjoyed it including the strange accent of the speaker telling us about the history of the harbour. He had an amusing and original way of pronouncing many words in English!

I took eight photos during this tour but only a few are posted here. I smiled to hear that the giant dry docks had been built by a Chinese company a few years ago and only two years were needed to do so.

A bit like the Olympic Village in Beijing about which I reported on this blog two years ago – remember, or have you already forgotten?