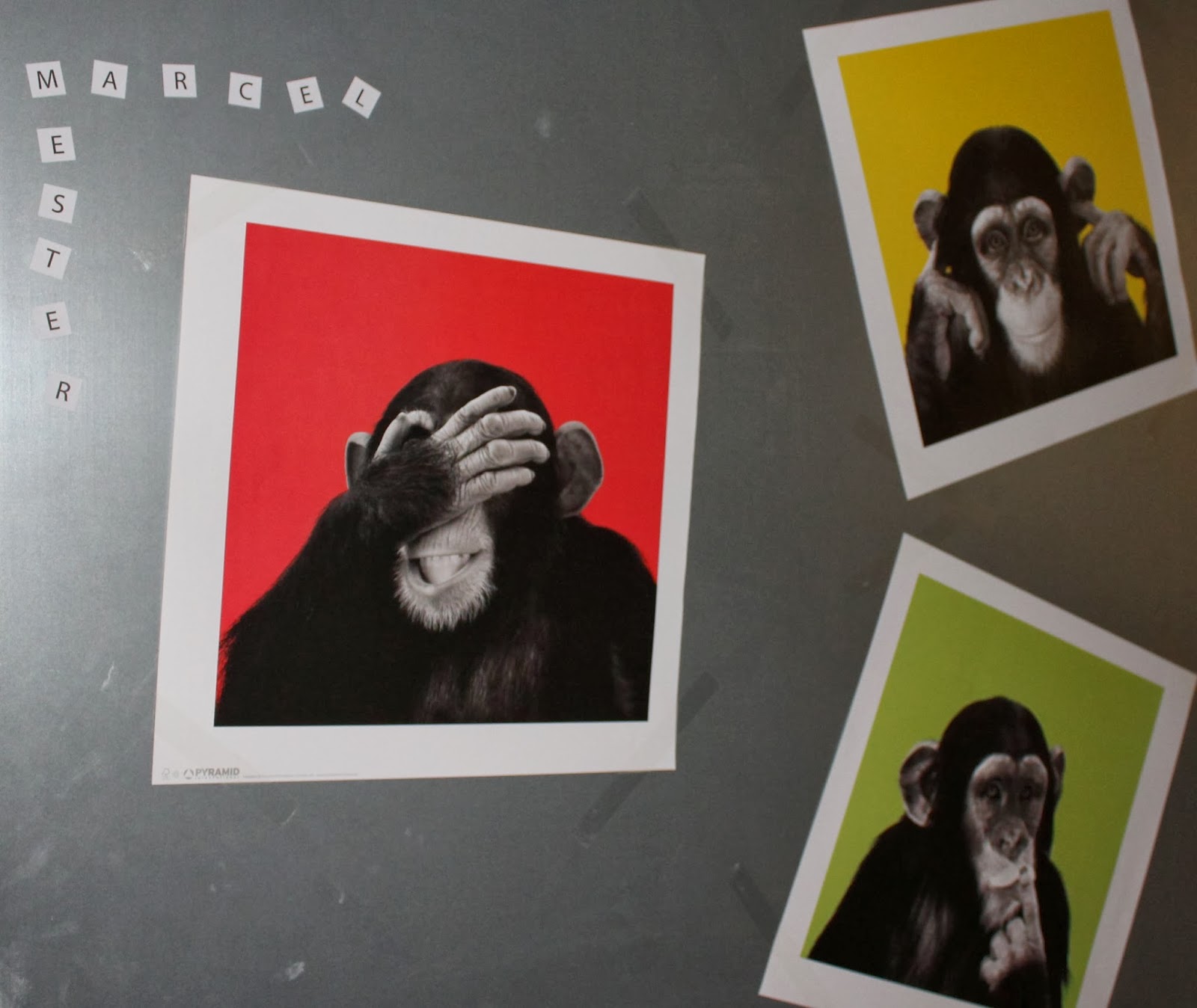 On Saturday, after the SPD Klausurtagung,  I went to Marcel’s flat. I took his washing, a few other things he needed, and my camera. He wanted to show me how much progress he had made in settling in, and to take me around an exhibition in the building. 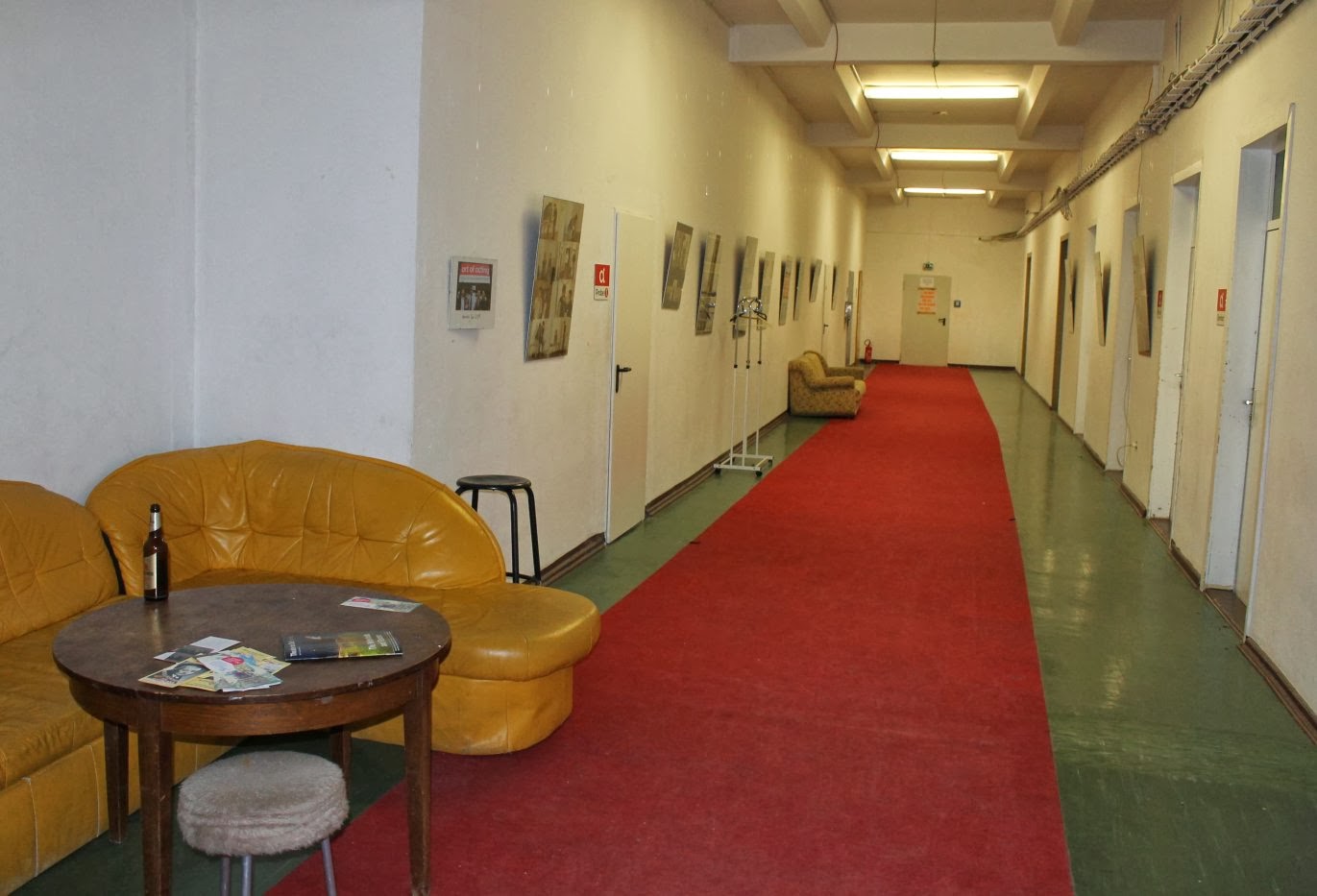 It was nice to see him at home in the flat and how he had personalised it. He had decorated his door, which I liked. Here is a photo with the three monkey faces of see no evil, hear no evil, and speak no evil next to his name of the door. A nice idea and it came from him.

The corridor leading to his flat had been cleaned and looked very welcoming. Here is a photo. I liked a poster in his room. It was of Darth Vader pointing and the words, ‘You should be studying and not shopping’. The perfect poster for a student over the study desk! 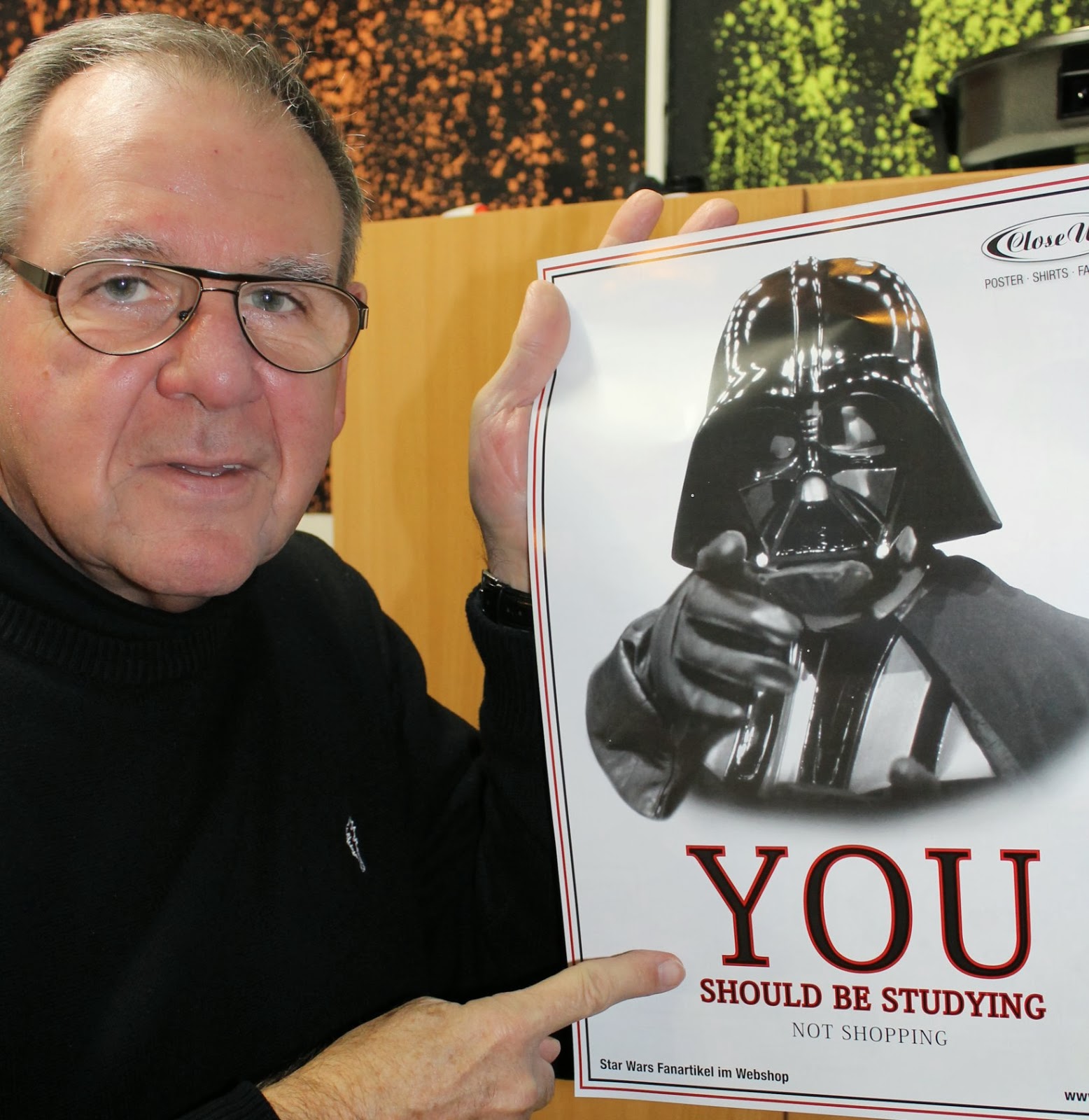 On the inside of his door he had a simple poster. He told me it was a standard one for students. Not in my day it wasn’t. We discussed such comments and did not have, or need, a poster! It is the famous quote from Nietzsche that ‘God is dead’, with a comment from God when Nietzsche died in 1900, that ‘Nietzsche is dead’.

With Schopenhauer, Nietzsche must be one of the least read, least understood but most often quoted philosophers in the western world! I had to study both when I went to uni. Interesting that both had a strong connection to the composer Richard Wagner, but that is another story. 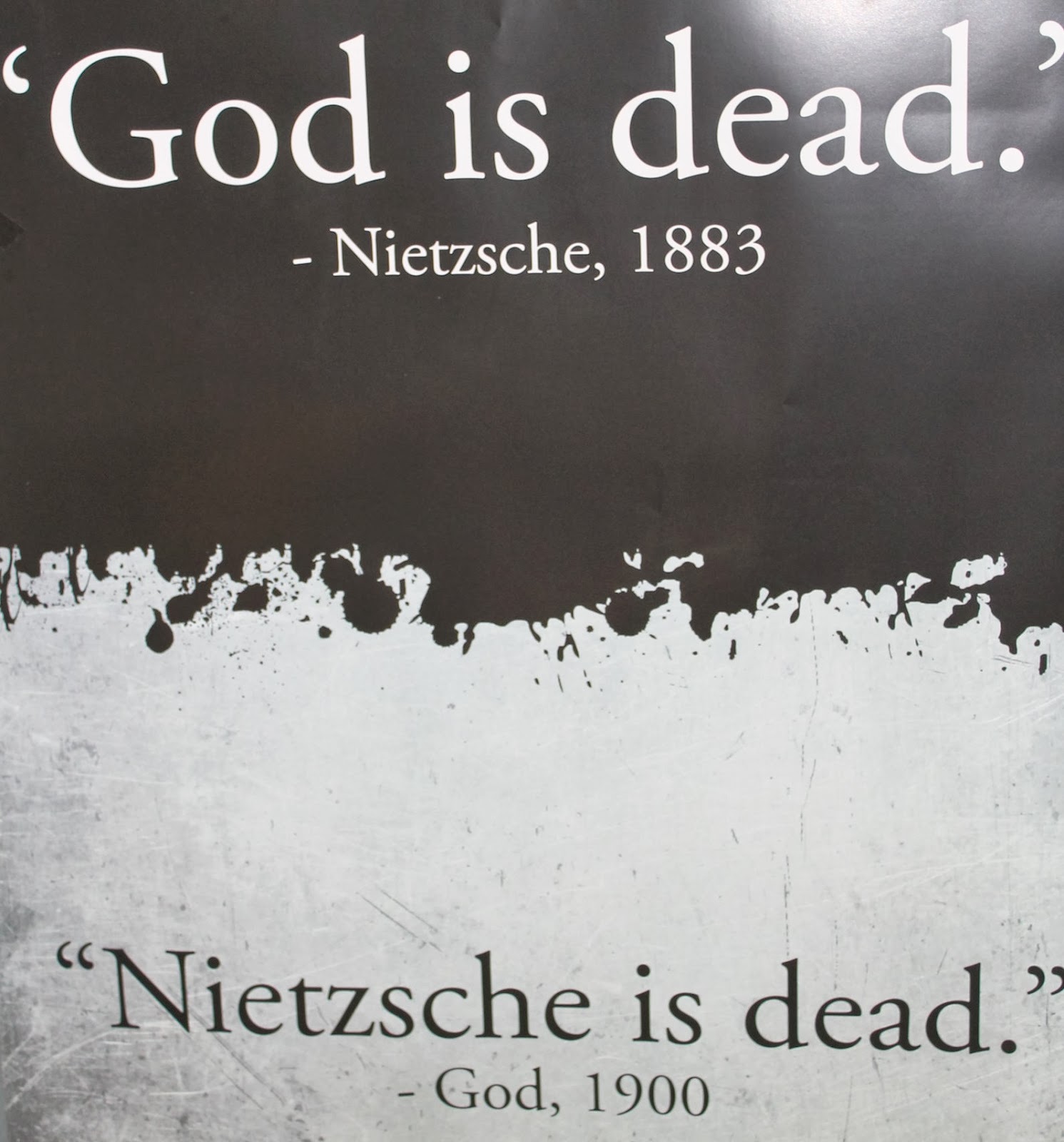 Let’s look at the quote attributed to Nietzsche. To say that ‘God is dead’ means you accept that before then God was alive. I am not sure Nietzsche accepted that!  He knew all about A-Priori knowledge. A-Priori assumptions (on which religious belief is grounded) will not admit that prepositions can be doubted or refuted. Most people have many, particularly believers of religion regardless of which one.

Philosophers, such as Nietzsche, were/are concerned with the rational grounds for belief, and not with whether a certain person believes this, or that, or why.  The Christian churches have had two thousand years to prove the existence of God. So far they have failed, but then an apologist would say they are not concerned with proving anything…..it is all about belief!