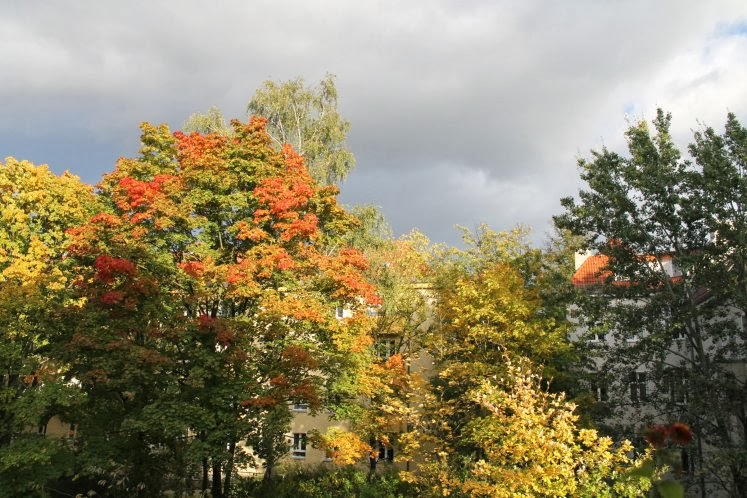 Autumn was clearly in evidence as we advanced through last week. Darker evenings, temperatures below 10°C and everyone scurrying around Berlin in dark, thick clothes with shoulders hunched up. Kerstin, our trainer. warned us about/against this.

She said it was natural that the body ‘shrinks in’ as the weather gets colder, but we should try to keep a straight body posture and not walk with a round back or shoulders. We do out best, but I notice that most Berliners have not heard her message! 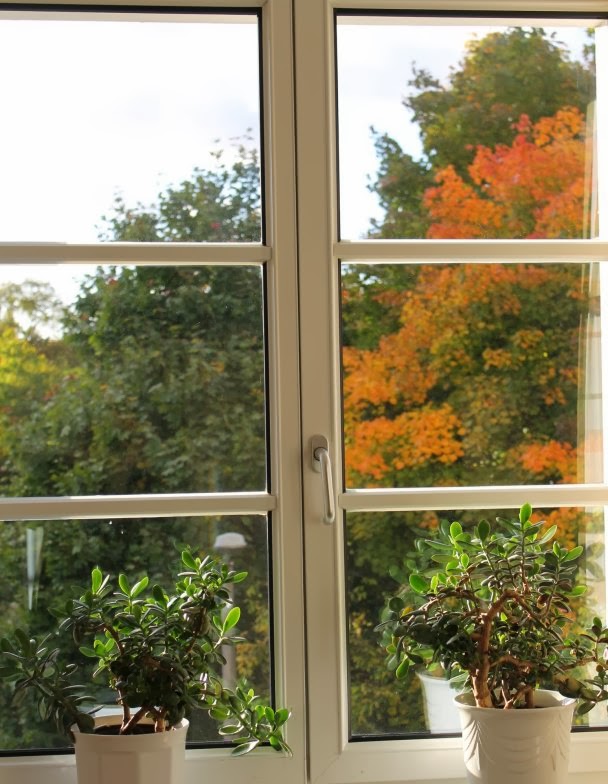 The day after the football evening, I went to a special meeting of the SPD about migration and integration. There were three guest speakers and the hall was full. One speaker, with a Prof. Dr. title, was very controversial and his thesis tended to direct all discussion that evening. I found it very interesting to listen to the debate and test my German!

On Thursday afternoon I was invited to Berlin Parliament/Abgeordnetenhaus by Karin Halsch who is both Deputy Speaker and Deputy Chairperson of the SPD group. I listened to an interesting debate in the parliament chamber before being invited to the canteen for coffee, cake and chat with her and the SPD Chairperson.

On Friday I did my session with Kerstin’s Keep Fit Oldies then went to Stefan’s Photoshop Gang. On the way back I walked to my S-Bahn at Warschauer Brücke and saw an interesting sight. 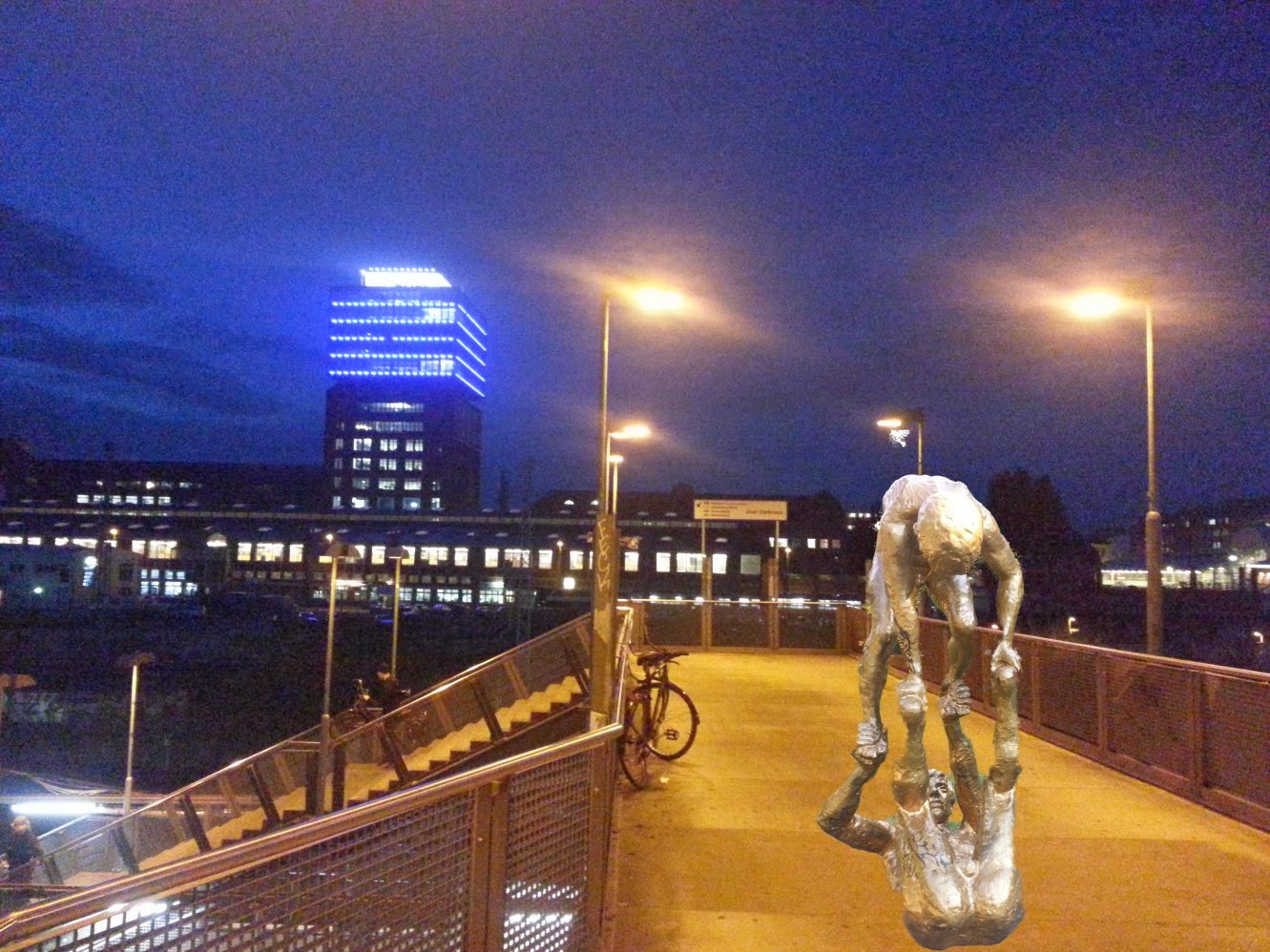 Two young men had painted themselves a strange colour and were making acrobatic stands and circles around the place. Rather like acts you see in a circus. There are many ways of begging at that place, but it was the first time I had seen this one. Always time for a ‘first’ in Berlin.

I finished the week at a SPD meeting where two guests discussed a Minimum Wage policy. One was an MP who specialises in the topic. The other was a women from the DGB,  which is the German equivalent to the British TUC. Again, a very interesting evening with points made I had not thought about before.