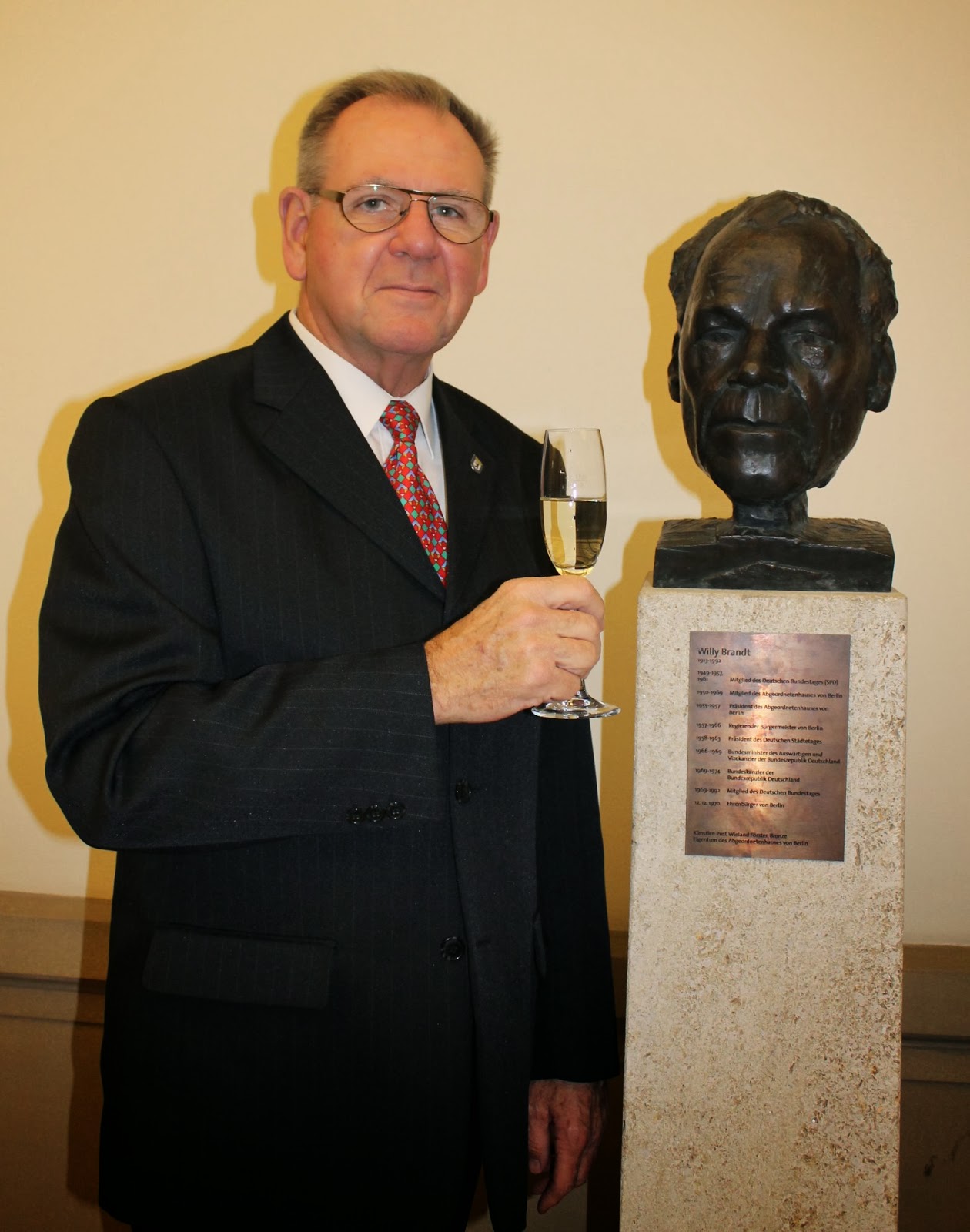 Yesterday evening saw the big event of the week for me. I told you in a blog post a week or so ago, that I had received an invitation to a special event at Berlin Abgeordnetenhaus. This is the Parliament building for the Federal State of Berlin. As I explained earlier, Germany is a Federal Republic and Berlin is one of the states as well as being home to the central parliament and government.

Mr Ralf Wieland, President of the Parliament, invited me to the first central naturalization celebration. I was one of three selected by the local mayor to represent Lichtenberg, which is the district where I live. I could bring a guest. I asked Marcel if he was interested. He answered with a big yes! 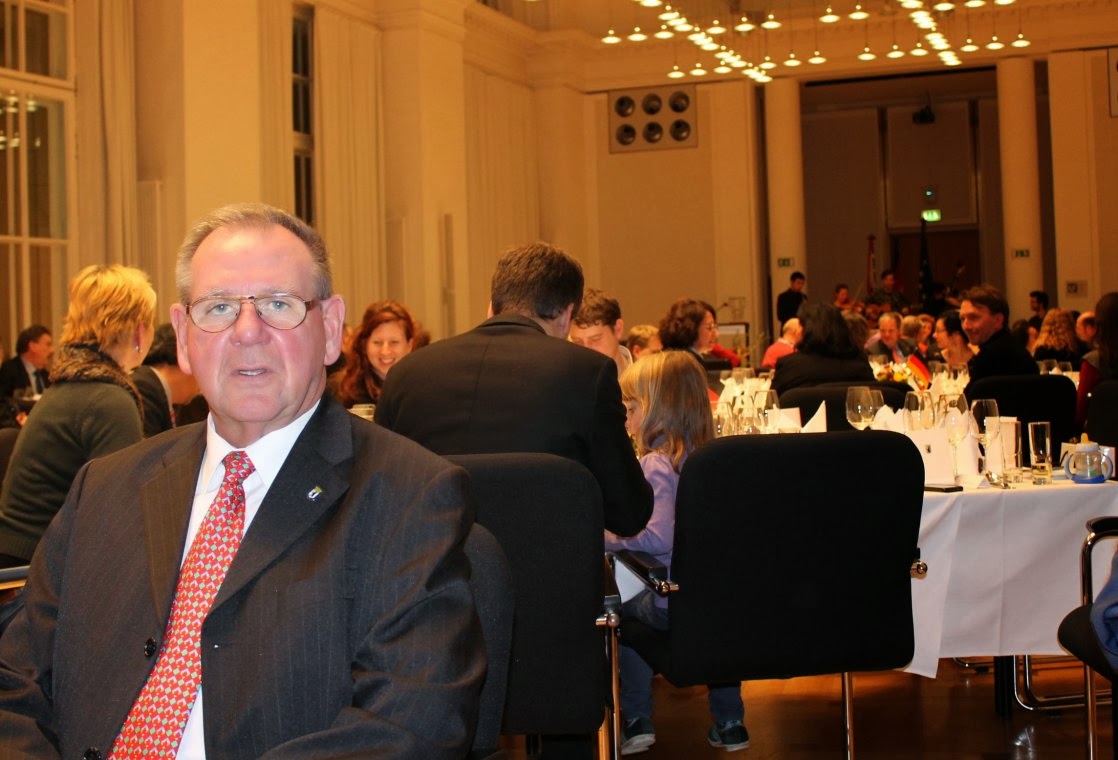 He duly arrived yesterday afternoon, then we got ready. Shower, shave, polish shoes, match the right tie to the shirt and the suit and we were ready. U-Bahn to Potsdamer Platz and then a 5 minute walk. Big smile and enter large building, ushered past security and upstairs to the reception room. Service staff also smiled as they wandered about offering water, wine or juices on their trays. 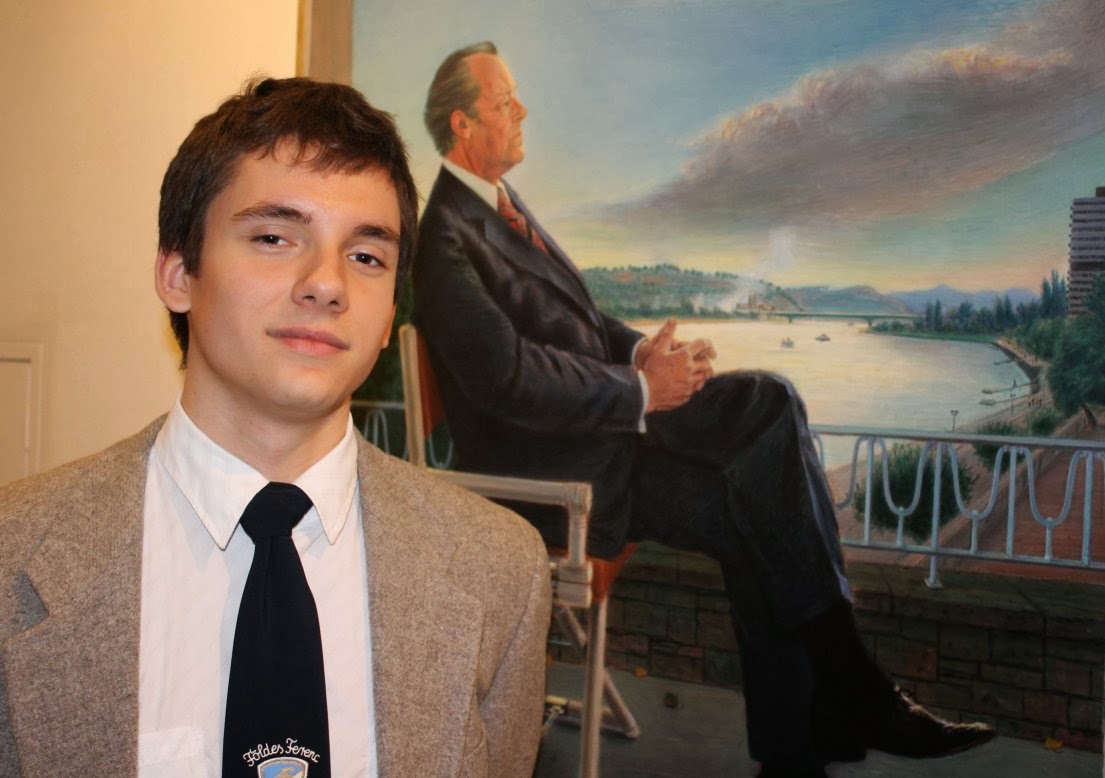 Into the room to our table. Introduction to neighbours and the event started with music, followed by a welcome speech by the Parliament President, and then we sang one chorus of the German National Anthem. A copy was ready for each of us – just to make sure we got the words right!

More music then a speech by a lady who had taken German nationality many years ago. I think she expressed the experience of many in the room. Then the service staff arrived and poured our water and wine (Riesling and Spätburger) as other staff set down the first course of Truffle Soup.

More polite conversation and music then we were all invited to go to the main stairs where a professional photographer was waiting. We shall all receive photos per post later. Big smiles and goodbyes. Marcel and I took the chance to wander around the building and its rooms.

He took most of the photos of which I present only a few here to illustrate the event. He was very happy to have taken part in this first ever event in Berlin’s Parliament House. I was happy that he had learnt more about one aspect of life in Berlin and its politics.