Phew, but thank goodness the result was England 0 and Germany 1. It was a very interesting game. In the first half England attacked most of the time. Germany played a very defensive game. Suddenly, the German players came forward and scored a goal. 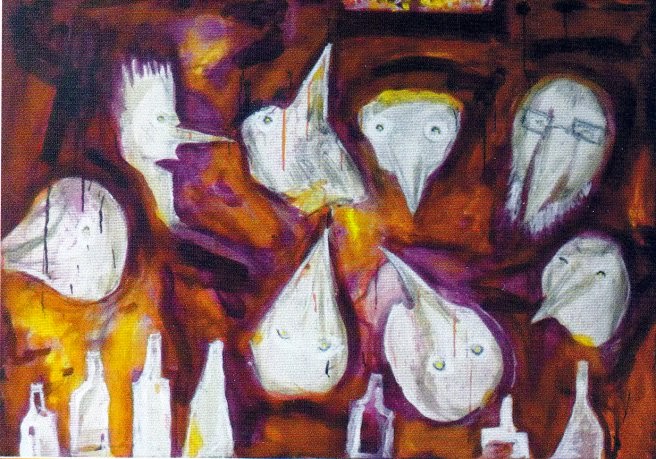 I didn’t see it for I got a return call from Marcel. We were talking about different days/time to meet this week when I glanced at my TV screen and saw that Germany had scored a goal. They then played a more dominant role until half time.

In the second half, the game moved quickly between both teams. Lots of player changes as both managers decided to try new ones and judge their abilities. It ended the same as the first half. It was interesting that no player was injured and there were no yellow or red cards given. It was a remarkably ‘clean’ game!

At least we shall be spared all the anti-German comments in the tabloid press tomorrow in England. I don’t have a photo of the game but you can enjoy one from the artists collection. As you can see, the faces are looking in all directions, just like football players have to/should do!