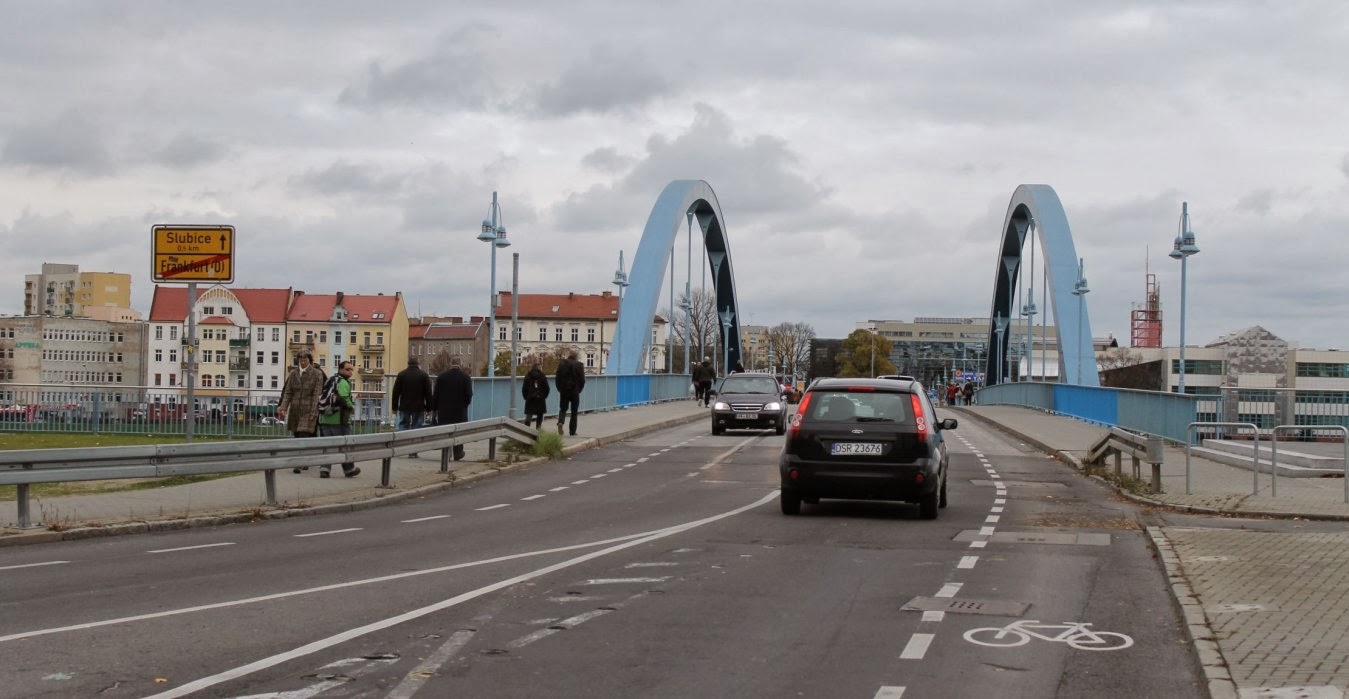 I have been there before and posted photos and stories on my blog, but I would still like to share something of the day with you. During the week I got a call from Oldie H. I met him a few years ago when I went to a ‘Computer Course for Oldies’ at the FTW new campus on the Spree. 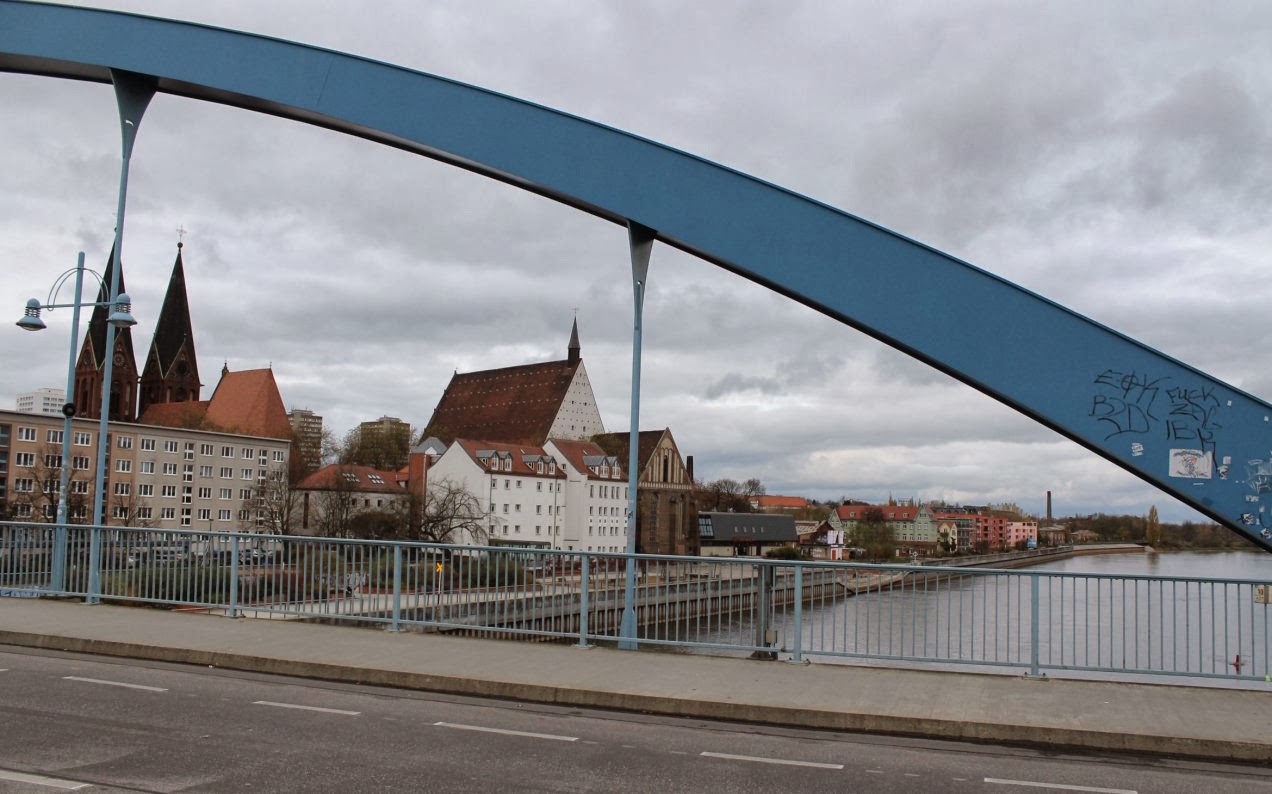 He wanted to go to Frankfurt-Oder to buy some fresh vegetables and herbs at the market in Slubice. Frankfurt is divided by the river Oder which flows into the Ostsee/Baltic Sea.

At the Potsdam Conference following the end of WW-II, the allied leaders agreed to Comrade J. Stalin’s proposal to push the Polish borders ‘a bit to the west’. No-one asked the Poles!

From then, Poland started at the River Oder and the town on the east bank became known as Slubice. The two halves of the old town continued to smile at each other across the water, but had different names! 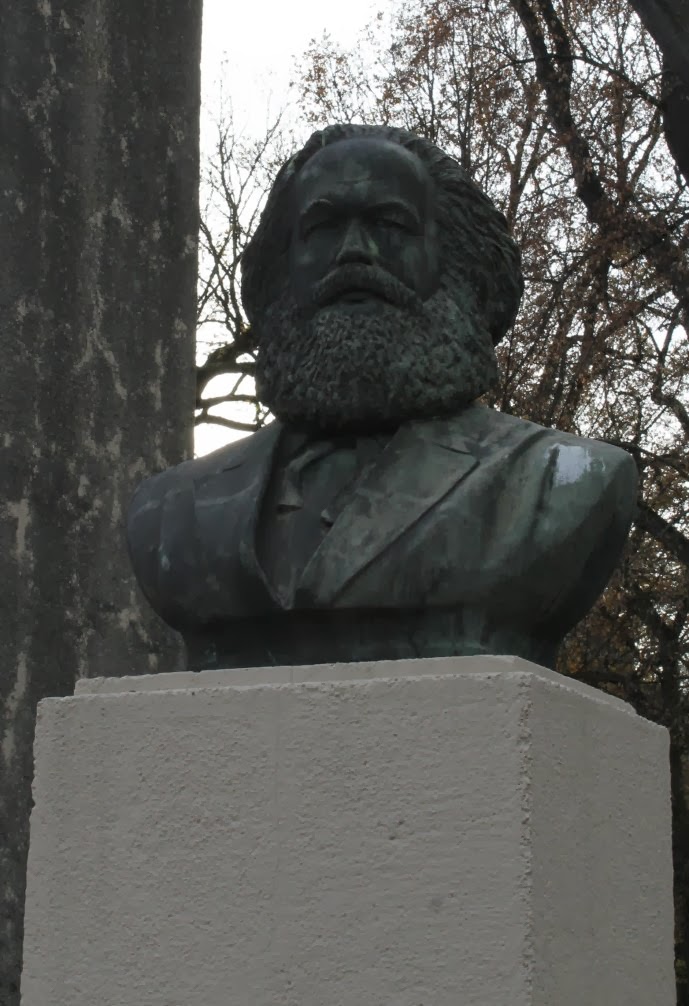 For Oldie H. and I, it is easy to get there. There is a regional train each 30 minutes and we both have monthly ‘Oldie-Travel-Passes’ so we can travel all over the area without having to pay extra. A nice deal. I enjoyed getting out of Berlin for a bit and travelling through autumnal forests and colours.

The town was heavily shelled and bombed as the Red Army advanced toward Berlin in Feb-March 1945. Most of the old town and buildings were destroyed. You can see old photos/images presented for tourists as you move around the old centre. You can see this in the photos here.

I found a monument to Herr K .Marx as we headed for the bus to the station at the end of our visit. I was surprised that it was still standing and next to a pillar with a political quote from Das Kapital. I just had to have a photo even though I nearly missed the bus to get it!

A nice day made special by a tasty Polish meal, good service and friendly people wherever we went.