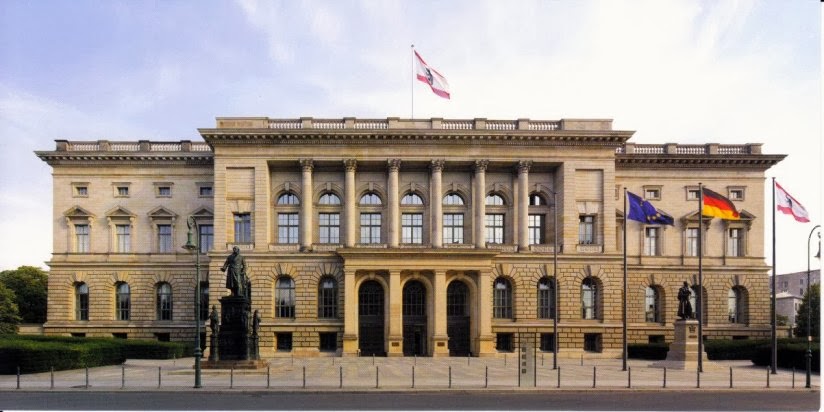 In yesterdays post I got an invitation. It was from the President of the Berlin Parliament. As you may know Germany is a Federal Republic, and Berlin is one of the federal states making up the republic, in addition to being the capital city, and home of the national parliament. 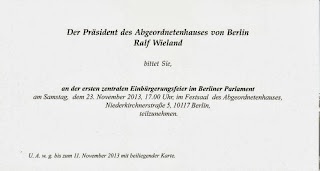 I have been invited to the first central naturalization celebration on Saturday 23 November 2013, starting at 5:00 pm. I am one of three selected from the district of Lichtenberg, where I live, to represent the district and all citizens who have taken German nationality.

Quite an honour, and yes I do feel honoured! I got wind of this a few weeks ago when I got a call from the Mayor’s private secretary. She told me I had been selected and would I agree to represent the district at this event. I immediately said, “Yes!”.

She said she would forward details and I would get an invitation. Now it is here and I am allowed to take a guest. I’m thinking about who to ask. Who shall it be?