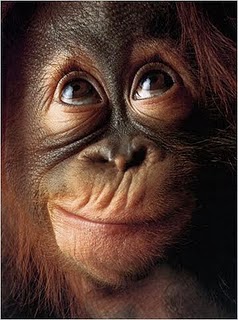 September was a good month and I hope it will continue into October. Last month was special for my time in Claviers with Hannelore and Peter. After that it was the excitement of working for the SPD on campaigns leading to the General Election on 22 Sept. We lost, but the problems continue so the fight goes on. Nothing new there for I learnt that lesson as a politically active teenager — many years ago 🙂

Jan and Arancha had a great holiday in north India and are now safely home. I look forward to hearing more and seeing lots of photos. Visits from Marcel also made my return a pleasure, particularly the evening he decided to cook. I was surprised at his culinary skills. Here is a photo of me showing him how to test if a knife is sharp enough to use! 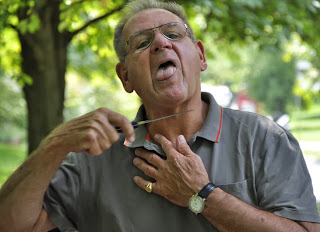 Today I had my first meeting in ages with Frau Fox, who you already know is my German teacher. Today I showed her lots of photos of my summer and had to make comments for each one and so practice spoken and descriptive language. She only needed to help me twice and one was with the Genitiv!

In October I have extra teaching at the Institute as I cover for a colleague who is flying to the USA for a holiday. There is also a concert to watch/hear Verdi’s Requiem, and a walk along part of the old Berlin Wall. All this as the days get colder and darker. Time to get my winter clothes out of the cellar.

Who has a birthday in October?  Nephew Andrew kicks us off with his 36th on 5 October, followed by nephew Warren on the 12th for his 37th. His mother, my sister Frances, hits 67 on the 14th. Marita in Berlin will celebrate her 62nd on the 21st followed by Dianne B. in Keighley who will be 67 on the 27th. Tanja B. in London ends the month of celebrations with her 49th on the 31 October.

Have a wonderful day wherever you are!